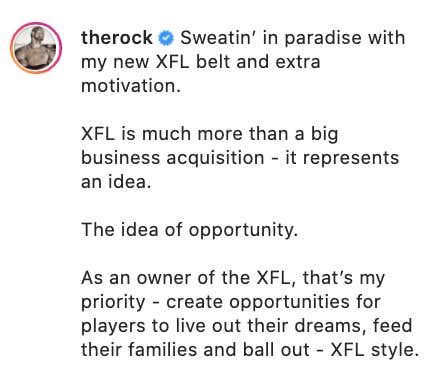 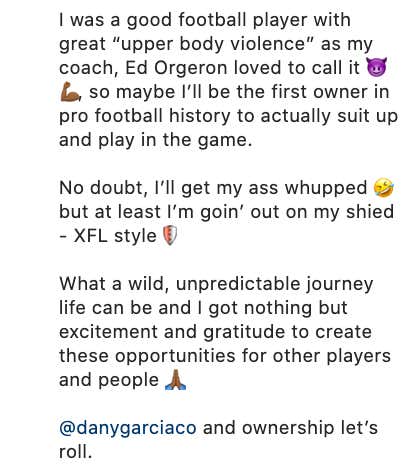 Holy shit this is awesome. I don't want this, I NEED this. The Rock playing pro (yes, I'm going to call it pro football) football once again. He played down in Miami and then in the CFL before turning to wrestling, which turned out to be a pretty good decision for him. But now at 48 years old and one of the most massive human beings alive, the highest grossing actor in the world, and the new owner of the XFL, could The Rock have one more go at the gridiron? Are you going to tell this guy no?

And shit, why stop at just Rocky returning to football? Let's get Brock Lesnar back out there too.

And Rikishi on the oline, of course.

I need The Rock to get a sack in the XFL and then drop the People's Elbow on the QB (Johnny Football, perhaps?!) as his celebration. If I was in Pennsylvania right now and using the Barstool Sportsbook App, I would put every last dime I have responsibly on The Rock suiting up in an XFL game. If you smell, what the Barstool Nate, is cookin.