In case you haven't heard, we recently dropped the #BarstoolSportsbook app. As a connoisseur of games of chance, I dug the sleek design and was pretty impressed with the options available for the Stanley Cup Final games. There were some I hadn't seen before. And for tonight's Game 3, there will be a couple you might not have seen before.

That's because the powers that be asked the fellas at Spittin' Chiclets to conjure up some props for the big tilt so we sent over a bunch of potential ones to choose from. 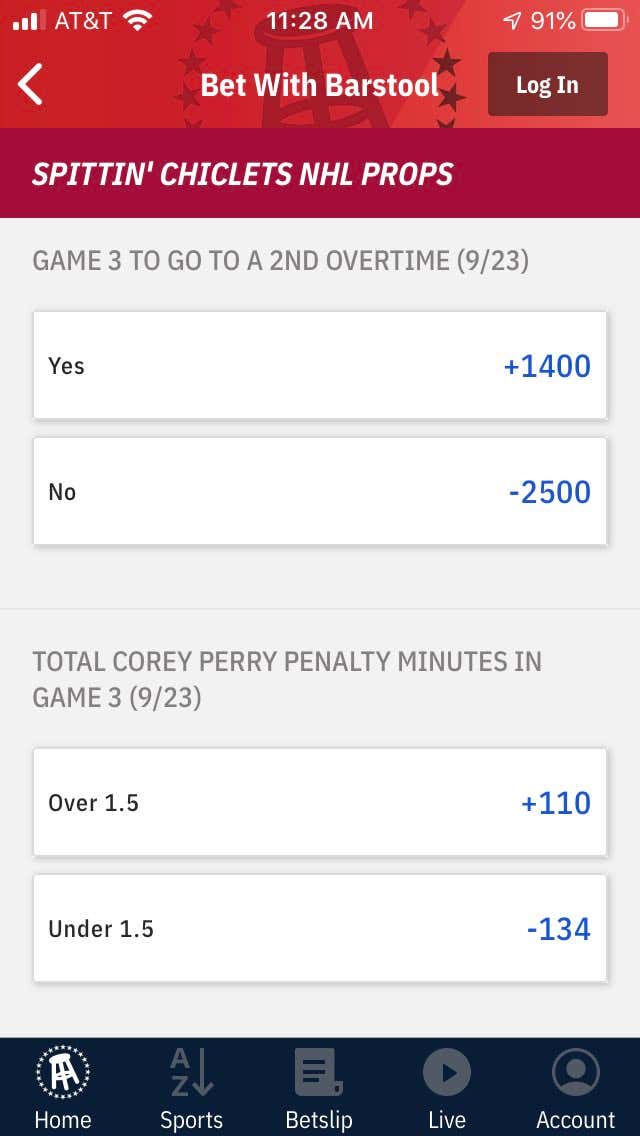 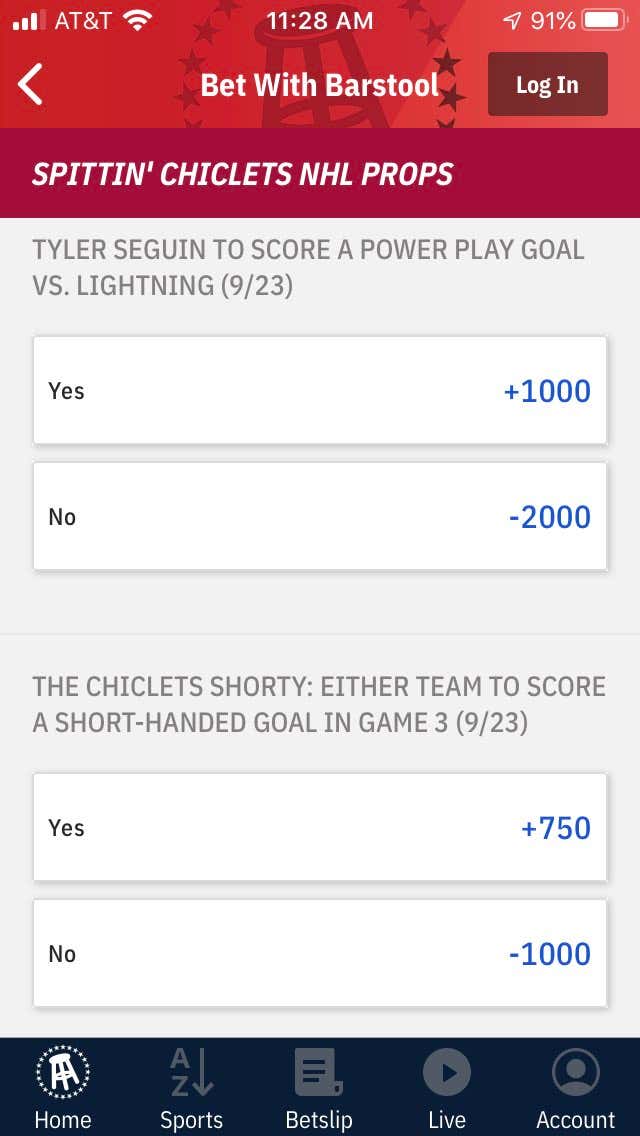 If you're relatively new to wagering on the pucks, these props are pretty easy to explain.

It's just a shame that the Panthers are no longer are in it so we can't use "Will Keith Yandle SONK an opposing player tonight?"