Another college football week is here. Last week I pushed on my OVER bet in Navy/Air Force. Some hate analysis and just do the bare minimum. Not me.  Let's deep dive...

Currently this season with my deep dives: 1-0-1. If you want more breakdowns I do a hit every game Periscope that I post weekly Saturday morning.

Temple currently is a 4 point favorite. The total sits at 50.5

Temple hasn't played yet. Yes, it's the second week in October and Temple has been idle. There are some things to look forward to with the Owls coming into the abbreviated season they return most of their offense including QB Anthony Russo. Russo had a solid 2019 season and the hope is he comes back stronger and improves his accuracy. The receivers are strong, some of the strongest in the conference. Watch out for Jaden Blue. The run game welcomes Re'Mahn Davis back. He averaged almost 5 yards per carry last season. I talked last week about how poor Navy is defensively. They've allowed 312 rushing yards per game and 6.5 yards a carry. The pass defense hasn't been much better. This offense has to be licking their lips with the thought of playing that group. Defensively, I have concerns with Temple. They lost key pieces up front and facing a triple option team with new players is never easy.

Navy has been a mess. From quarterbacks being out to not being able to stop anyone on the defensive side to not practicing tackling coming into the season. The saving grace today will be that QB Dalen Morris will return after missing last week. The offense without him was atrocious. They couldn't move the ball virtually at all and the only score was a random quick strike TD pass. Morris returning normalizes the offense again. He is effective runner of the option and can throw which added a difference facet to the Naval Academy offense. Offensive coordinator Ivin Jasper has always been creative and Morris allows the offense to be tough to prepare for with some many different packages.

From a pace perspective, Navy is not fast but with the added wrinkle of the passing game they are much more effective. They also last season and have always been particularly adept at getting points in the red zone. Last year, they were 3rd in the country scoring points 97 percent of the time inside the 20. As I said they should move the ball against a Temple defense that's still working through things after a lot of pieces moved on. Last season Temple offensively was 30th in country in plays per game. Pace should be there.

Points will be on the menu in Annapolis tonight with a total that's not crazy high. It was also reported Navy will have some cadets there, which is awesome. It won't look like this picture, but it's nice to see. I'm going OVER 50.5 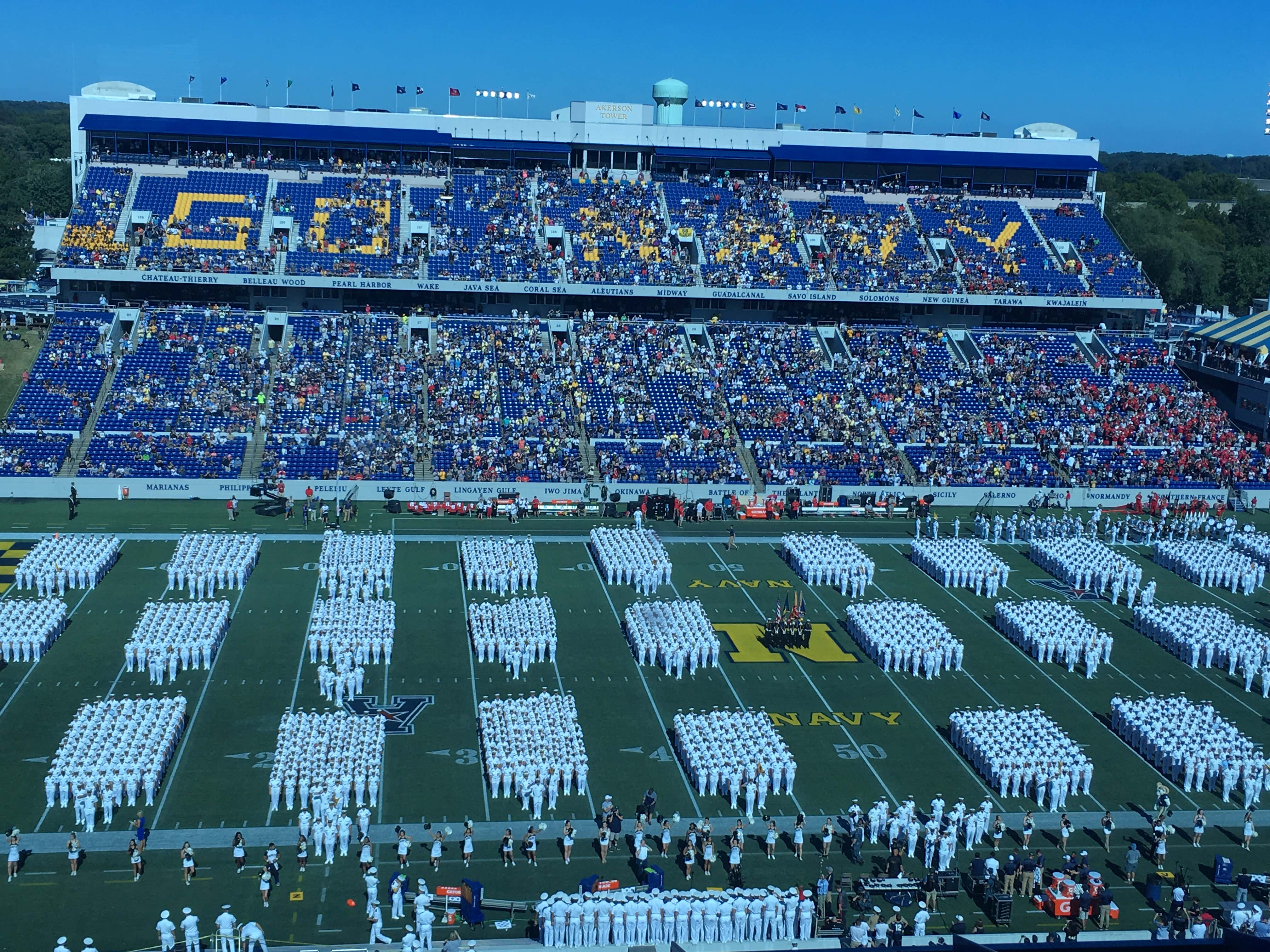 Make sure if you're in PA, you get involved with the Barstool Sportsbook. So many great promos and exclusive wagers. Check it out now. As always bet responsibly.