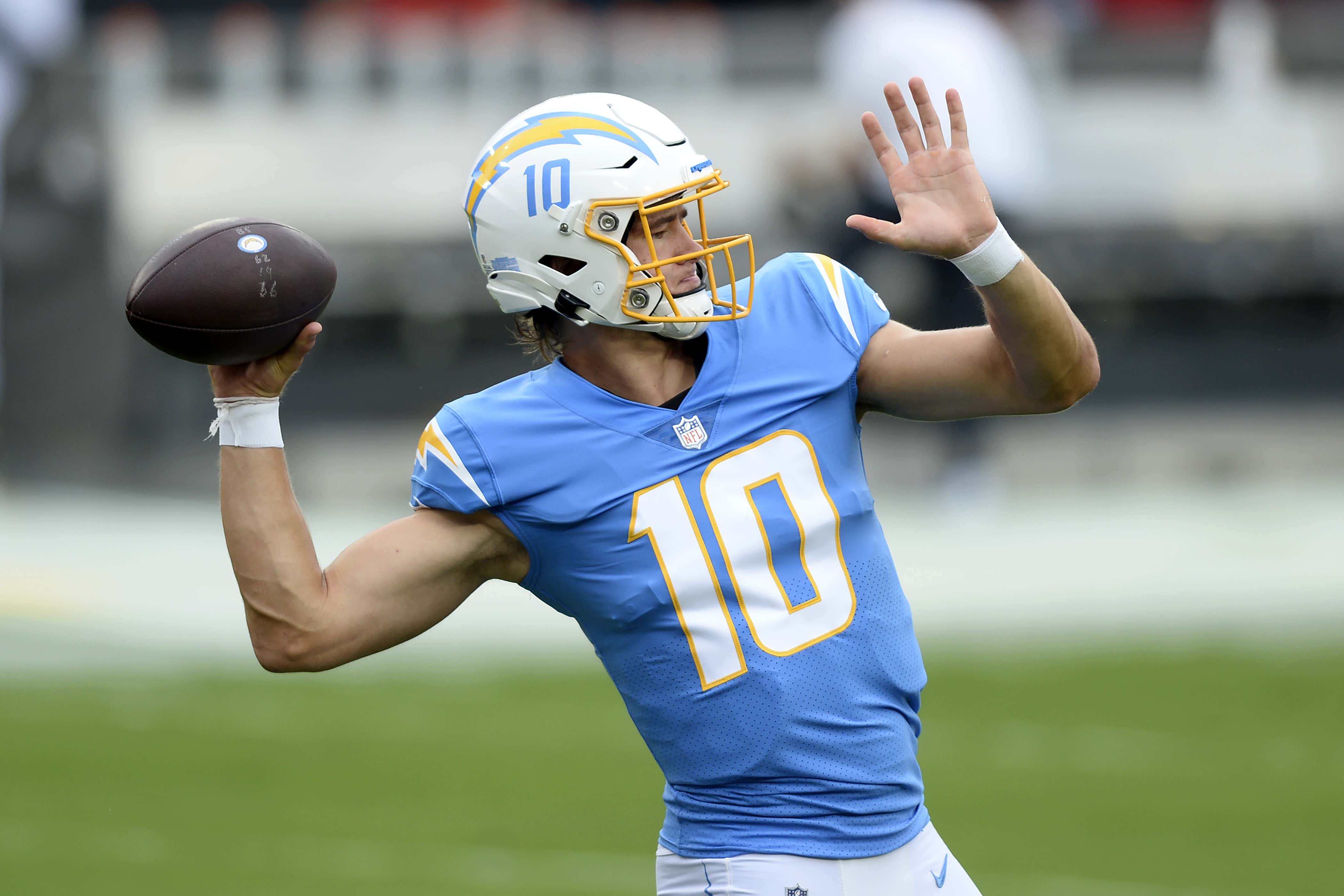 Over 49.5 is the play I like the most here in a game I believe could very easily turn into a shootout. The Saints have one of the worst scoring defenses in the NFL so far this season giving up just under 31 points per game. In three starts Justin Herbert has thrown for 311, 330 and 290 yards and should have continued success throwing the ball to a very talented group of pass-catchers in Keenan Allen, Mike Williams and Hunter Henry that should be able to make plays against an iffy Saints defense. Austin Eckler is out for the Chargers but Josh Kelley and Justin Jackson are two solid backs that were still able to help the Chargers score 31 points last week against an underrated Buccaneers defense even after losing Eckler early in the game. The over has hit in all four of the Saints games this season for a pretty simple fact. They score a lot of points and they get a lot of points scored on them. Don't overthink it. Monday night in primetime in the Superdome. Drew Brees at the helm for the Saints. Take the over 49.5. Also, Michael Thomas being benched in this game for punching a teammate in practice is potentially something to consider. When tempers flare in the trenches every now and then we all get it, shit happens, but to bench a player of his caliber for a fight in practice leads me to believe he was obviously way out of line, or there could be something underlying deeper than we know. Who really knows?! Regardless I think the Chargers have plenty of fire power to score enough to get this total over and keep it within 7 but the Michael Thomas news I thought was worthy of noting.

Playoff baseball is all about pitching and Tampa has the edge here with Charlie Morton facing off against Lance McCullers Jr. In 10 playoff appearances Charlie Morton is 5-2 with a 3.50 ERA including Game 3 of the ALDS against the Yankees where he looked really sharp going 5 innings with only 1 ER and 6 Ks. Lance McCullers Jr. has had some solid outings in the postseason as well but more times than not in a relief role. McCullers got shelled in his start in the ALDS against the A's giving up 8 hits, 5 runs and 3 HRs in only 4 innings. Houston may have more names in their lineup but the ultimate advantage in this series is Tampa's pitching, specifically the bullpen. They have an arsenal of shutdown guys that can go multiple innings in Anderson, Fairbanks, Castillo. In playoff baseball the smart bet is to always side with the pitching and in this game the Rays have the advantage in the starting pitcher and the bullpen. Gotta take the Rays here. Also really like the under here. This series feels like every single game is gonna be a dog fight scratching a clawing for runs.