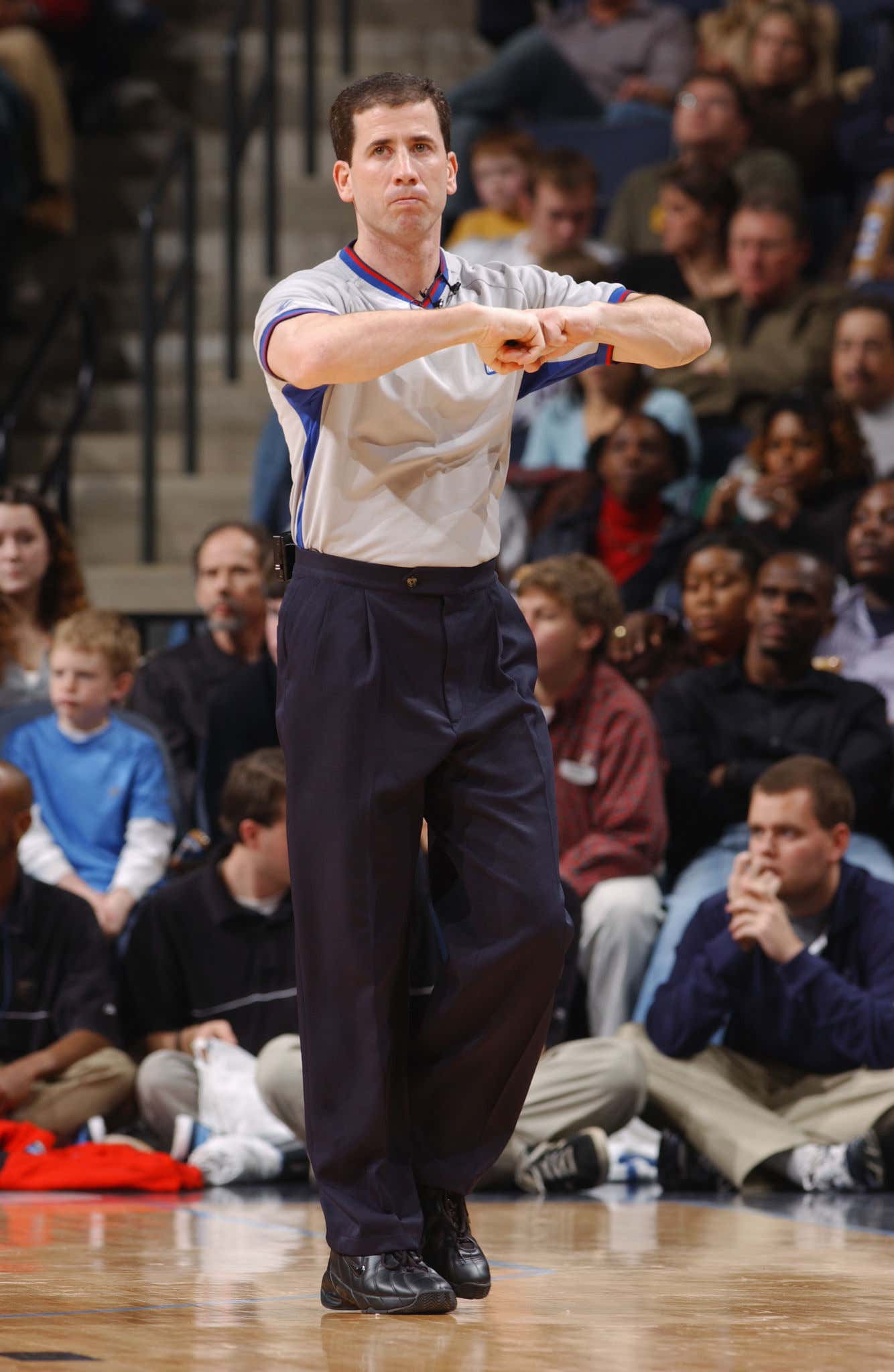 SI - Tim Donaghy is set to make his return to officiating.

Though he remains persona non grata anywhere near the National Basketball Association, Donaghy has agreed to appear as a referee for the Major League Wrestling promotion.

“Pro wrestling is entertainment, and I always joked the NBA was a form of entertainment and I compared it a little bit to pro wrestling behind the scenes,” says Donaghy, who will be donning the striped official’s jersey for the first time since 2007.

Oh you thought I meant…oh no, no, no, no. Much like your dad with playgrounds, I don't think Tim is allowed within 20 yards of a basketball court. But wrestling refereeing is perfect for him. Tim literally could not give a shit less about anything he was involved with. Shit, he'd still be doing it today if he wasn't caught. He's shown some remorse since the whole thing, but it seems like a "sorry he got caught" more than a "sorry he did it" type of deal. Which is why wrestling ref'ing is right up his alley. Imagine the storylines involving the crooked ref who is notorious for fixing games, they write themselves. Nobody will know what side of the match Tim is on, and it's actually pretty intriguing because while we all know match outcomes are predetermined, there's a new wrinkle involved where the ref is a complete wildcard.

I'm actually shocked Vince McMahon and co. didn't jump on this opportunity earlier. Tim's been sitting at home, edging himself at the thought of fixing another game, and now he'll have his chance. And there's a real, reallllll chance he could even double cross an already written result of a match and nobody will know reality we are in anymore. We''ll have to spin a top like in Inception because it'll be so fucking confusing, and I wouldn't put it past Tim Donaghy. Anything to get his blood pumping and an extra $15 in his bank account.

Pretty wild that 13 years later, everyone is still interested in Tim Donaghy. Has one of those names that sticks with you, and the balls to fix NBA games is one of those things that you sorta sit back and think about like "wait, that really happened, huh?". It's not like it was some scandal from 1904, he did this in HDTV in front of all our eyes. So yeah, I think the wrestling business will be perfect for him.