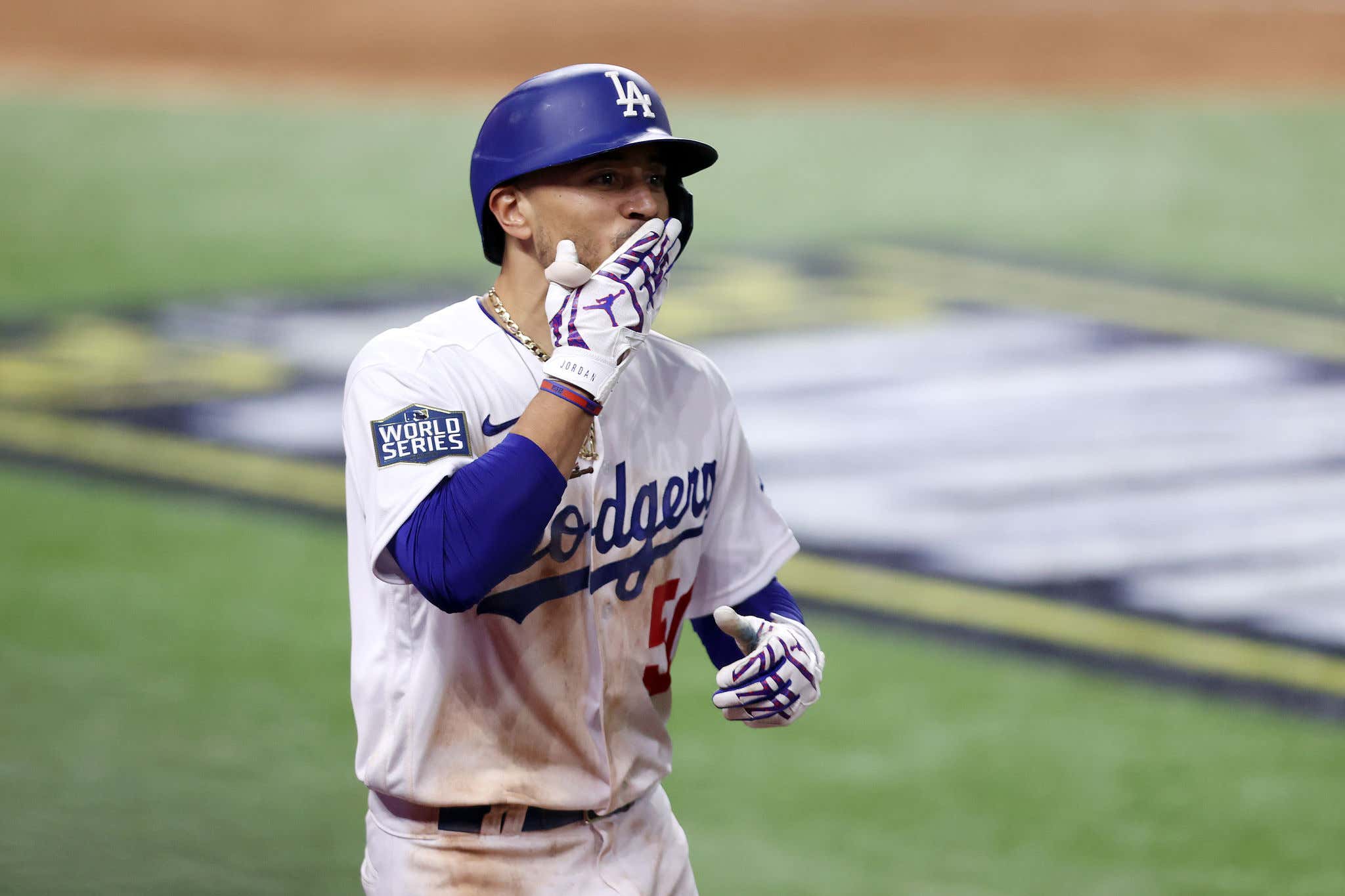 The Dodgers showed up and showed the fuck out yesterday. Bellinger pimped another homer, Mookie Betts showed why the Boston Red Sox are absolutely morons for not resigning him and Kershaw shoved over 6 innings with 8 Ks and only allowing 1 run. This is the Dodgers year, plain and simple. The Rays are a great story but how often do you see a team win a championship when 95% of baseball fans had barely even heard of their best player until 2-3 weeks before the World Series? The Dodgers have it all. Starting pitching, bullpen, strong fielding, stacked lineup and clutch hitting. They have tons of playoff experience in every aspect of their team. I predict this series will go five games but that win for the Rays will not be tonight. I'm taking the Dodgers in every way I can tonight. Dodgers F5, Dodgers ML and Dodgers -1.5. I LOVE the Dodgers tonight. I love them so much I'm willing to crumble with the entire ship if they run into a Rays buzzsaw. I don't see it though. Blake Snell has been solid but not incredible in the playoffs (2-2 3.20 ERA in 19.2 innings). Tony Gonsolin is taking the bump for the Dodgers who's young and hasn't been spectacular in his two appearances in the postseason but I expect Roberts to have a quick leash on him if he gets into trouble early. However, he is a talented young pitcher who's sporting a 2.60 ERA in his 86.2 career innings of work.

To make a long story short, I'm (responsibly) pushing all my chips in on the Dodgers tonight. They're the superior team. They're the more talented team. These money ball teams have shown they can have some success (key word "some"), but when push comes to shove they don't have the horses to get it done verse a team as talented and deep as the Dodgers.