Listen folks, I know this Cleveland Browns team like the interior designing in your mother's bedroom, and my brain (which has been spot on in basically every single game this year) tells me they absolutely pound the Bengals today. PETA might get called at halftime for how poorly we're treating these cats. And it has nothing to do with Joe Mixon being out or that the Bengals offensive line flat out stinks. It all has to do with the fact that we're on Step 4 of The Baker Mayfield Cycle: 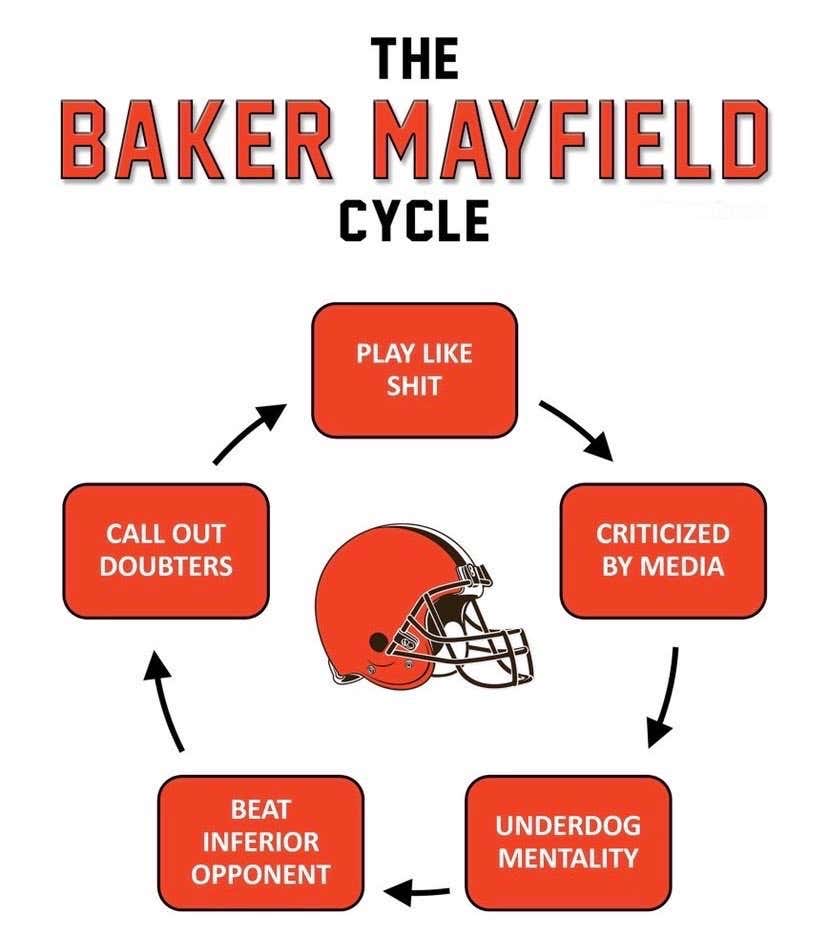 I mean, it's an exact science. No joke, this is a step by step description of how every single week of Cleveland Browns football has gone for the last 3 years. And we are right on schedule heading into this week's matchup.

Step 2: Get Criticized By Media

Step 3: Get The Underdog Mentality

So yeah, the Browns will dominate the 1 win Bengals and Baker will take the highroad while still subtly taking a shot at everyone who's been rightfully doubting him. And then we'll all take a victory lap this week, declaring that he is 100% our franchise QB and we're playoff contenders with a puncher's chance at the Super Bowl. And then he'll come out and lay an egg next week against the Raiders. It's like the Water Cycle or the four seasons; you know what's going to happen next.

Bonus: Will we see a murder on the field today?

If the Bengals are that concerned about Joe Burrow that they need to "pull their young QB for his health", today is not a good day to put him under center. Myles Garrett has proven two things in his career: he's able to get to the QB quickly, and he's willing to murder someone.