A pretty simple tweet I fired out while sitting in on a car on Saturday morning. Nothing crazy, just a take as they say. Not even a hot take, just a smart take. Iowa is the most overrated team in the country and it ain't close. I've seen people rank them in the top-5, like in the country. Not just in the Big 10. But the actual country. Iowa!

Now I'm not going to post every mean comment on Twitter that people sent me, but I'm here to continue to lead you in the right direction with future bets.

First off any person that says 'this won't look good later' is my least favorite person in the world. Not even hyperbole, I legit hate you when you use that saying. Now let me explain since Diesel Nation and Robbie (not Fox) are asking.

Yes, Luka Garza is the preseason NPOY and returns. That's awesome. No one is saying otherwise. Hell, Iowa is returning everyone and even getting back Jordan Bohannon, who played just 10 games last year before a redshirt. All sounds great, right? Well, you do know Iowa's team from last year was above average and not great, right? You know they were projected to be a 6 or 7 seed in the NCAA Tournament. You know they were outside of the top-20 in KenPom yet again (legit happened every year since KenPom became a thing). You know how rare it is for a team like that to make a jump into a top-2 seed like so many think Iowa is? It basically never happens. That's why Iowa is the most overrated team in the country. They are more top-15ish than top-5.

It also seems like Iowa fans forget one major thing. They STINK defensively. Luka is so bad defensively that they have to run some shitty zone just to hide him. He can't guard the high ball screen. He can't move his feet that well. They were 97th in the country defensively last year. You don't win a title with that. There's really only been one team that's been bad defensively to win a title and that was 2015 Duke. Oh, not to mention they essentially had a historical defensive run in the NCAA Tournament. Iowa can't do that.

And that's what we're talking about here. Placing futures bets and where to put your money. On Barstool Sportsbook Iowa is currently just 8/1 to win the title. That's wasted money. That's currently tied for the 2nd best odds. I feel like I'm taking crazy pills seeing that. I know the offense will be one of the, if not the best in the country. That's what happens with Luka Garza and guys like Joe Wieskamp (35%) and CJ Fredrick (46%) from three. But the fact remains look at how damn bad they are defensively: 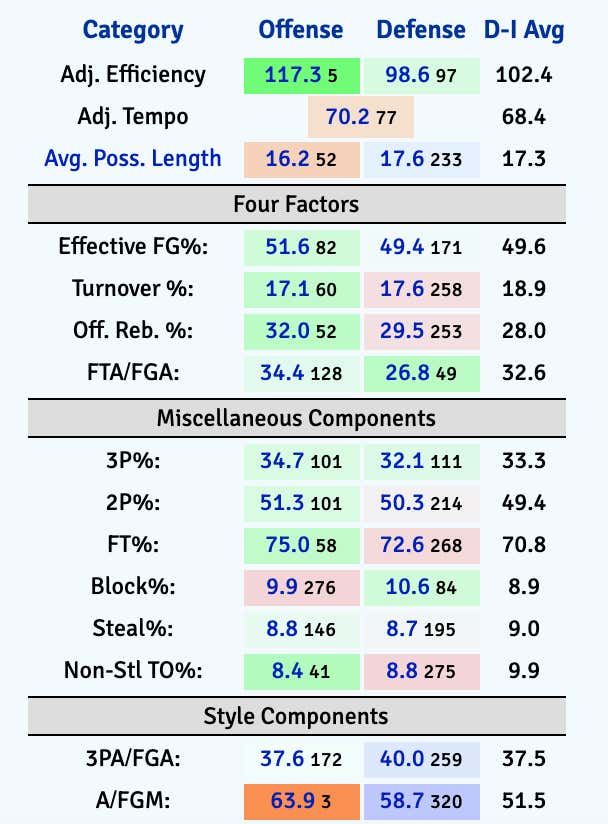 So go ahead and tell me I'm wrong. Tell me you're screenshotting it. Tell me this take won't look good later. I don't give a shit. Just take my advice, don't place a future on them. It ain't worth it. And I'll see you on Twitter