The only news about America I care about right now is this:

Our collective dream of watching The Babyjesus, McKennie, Adams and Reyna bossing the midfield together later this month – momentarily looking like a pipedream – may finally be coming to fruition after all. Whatever else happens the rest of the week around here is just details. America is already the biggest winner this week.

Now time to get our minds right for some glorious – and potentially USA-fueled – Champions League soccer action… after taking a moment to listen to the world’s second greatest anthem: 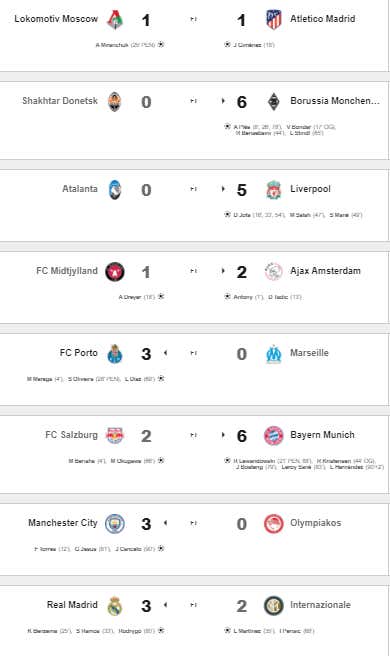 Leaving the group looking like this halfway through the third matchday: 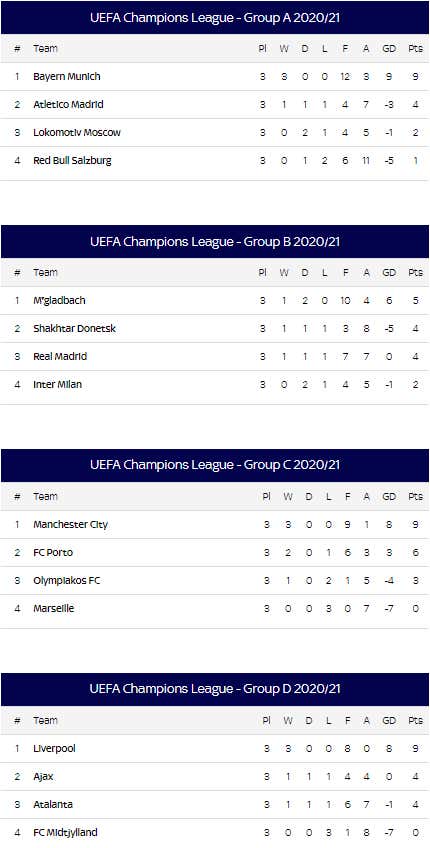 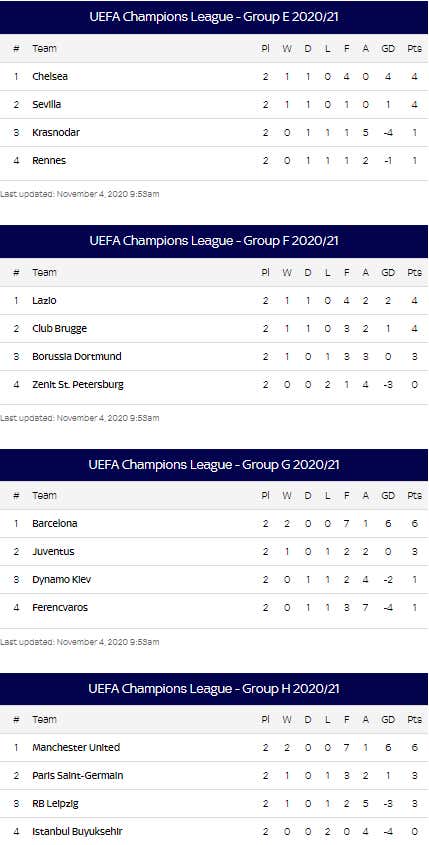 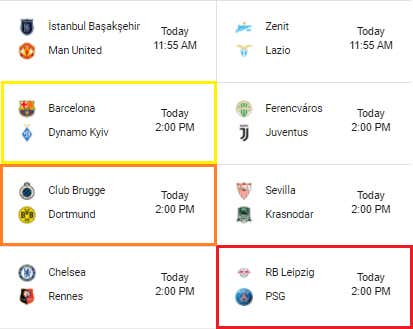 This is a rematch of the Champions League semifinals won rather easily by PSG in August… though one of the teams is going to look a lottttttt different thanks to injuries. How different? Welp, no Neymar. No Mbappe. No Icardi, No Verratti. No Draxler. Likely no Paredes. 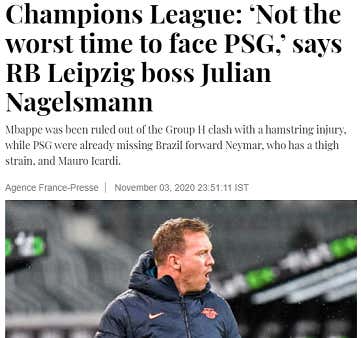 Uhhhhhhh, ya think?! So yeah, all that plus RBL are playing at home makes this about as good a situation as ze uzzer uzzer Germans could possibly hope for to get PSG, especially coming off a 0-5 SHELLACKING by United followed by a tough 0-1 loss to Gladbach. Despite everything being set up well for RBL there is something inside me saying that the Frenchies are going to keep it close. Gotta expect they try to pack it in a bit and count on their experienced defense (and junkyard dog Ander Herrera) to squeeze as much life out of the game as possible. In other words these are two fun teams but my guess is this – given the circumstances and both clubs’ desire for some sort of result – turns out to be an ugly game.

Brugge showed last week they can run with the big boys as they were unlucky to have to settle for a 1-1 draw against Lazio. Dortmund need a dub but there is talk of Haaland perhaps being hobbled a bit, which certainly changes their attack. I still gotta go with ze uzzer Germans for two reasons: (1) The Babyjesus Jr seems likely to be in the XI [if not I may have to rethink things] and (2) lingering positive vibes from the last time a Babyjesus played in Brugge:

Barcelona is all over the place. You could argue that most of their “unfortunate” results came against quality opposition… but then they went and drew 1-1 with Alaves this weekend and sorta blew that narrative up. So are we gonna get that Barça or the one that dealt handily with Juventus last week? Your guess is as good as mine no doubt, and I might be tempted to take a bit of a flyer on the Ukrainians… buttttttttttt after how bad their fellow countrymen from Shakhtar got RAGDOLLED yesterday against Gladbach let’s just say I am – by the associative transitive property – once bitten, twice shy. 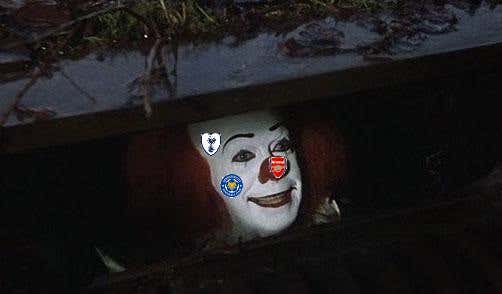 "We all float down here!"