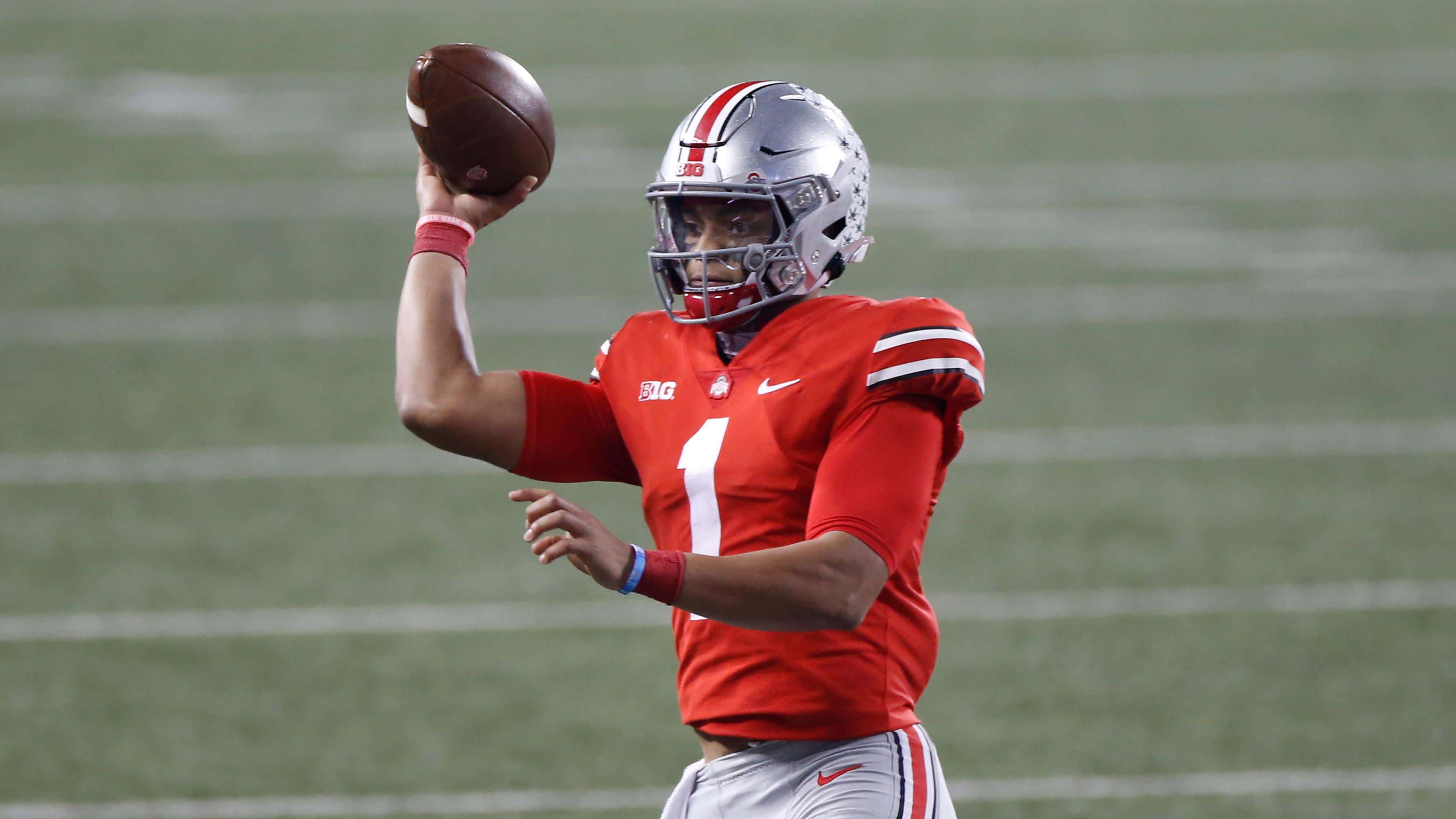 Coming into this game he had 3 career interceptions, and only 1 of them was against a Big Ten team. Fields also had 11 incompletions and 11 touchdowns on the season; an unbelievable accomplishment. He was also the only returning Heisman candidate from last year.

But today against Indiana he had not one, not two, but THREE interceptions. He was 18/30 and had only 2 TDs. So you can kiss that even incompletion to touchdown ratio goodbye. Ohio State came into today's game a 20.5 point favorite, and barely squeaked out with a 42-35 win.

Before today he bounced around in the top 3 for winning the Heisman. Will be even be top 5 after today?

Should Michael Penix Jr. jump him? Or maybe should BYU's Zach Wilson jump him?

Or do you think that Fields still deserves to be in the top 5?