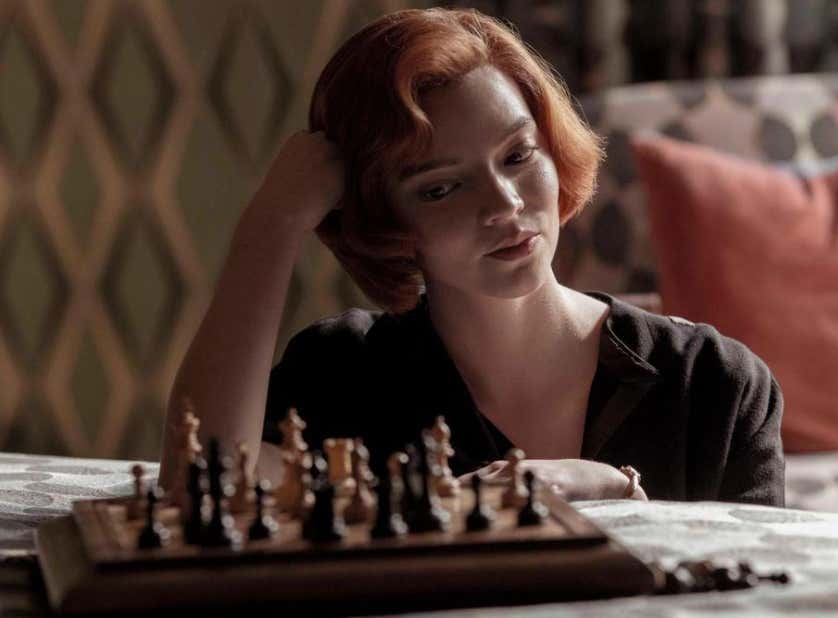 NY Post - Sales of chess sets reportedly have exploded thanks to the hit Netflix show “The Queen’s Gambit,” a series that depicts the rise of a young female prodigy in the 1950s.

Toronto-based toy merchant Spin Master, whose classic games division owns about 70 percent of the US market, has seen its chess sales increase by “triple digits” since the miniseries’ Oct. 23 premiere, while smaller rival Goliath Games has recorded a 1,048 percent surge, NPR reported.

EBay reported a 215-percent spike in sales of chess sets and accessories following the debut of the show, whose fictional chess prodigy Beth Harmon squares off against male chauvinism in the Postwar US in addition to a string of nerdy rivals.

Mother fucking CHESS. I love when things like this happen, when a niche game or sport goes mainstream. Watching "The Queen's Gambit" reminded me of the first time I watched "Rounders". It made me want to immediately learn chess. I'm actually bummed I never truly learned how to play, I think I'd like it. I also think if I spent 6 months learning I could be the best player in Barstool HQ. Not like we have a bunch of MENSA folks walking these hallways, but going from a very, veryyyy novice understanding of the game (I've never actually played one real game in my life) to the best in the office would be a nice challenge. No offense, but right now I believe the best players are Smitty and Frankie. So in 6 months I like my chances.

So maybe I will ask for a chess set and a book about the game from Santa. And if you have not watched the show on Netflix, get on it. It's wonderful. And will definitely make you want to play chess.

Hopefully they make a season 2.