Welcome back #ReagsReaders maybe #ReagsCabinet Members. Unsure on the name, it's a work in progress, but if I've learned anything it's first you get a name for a hype group, then you get a podcast, then you get the khakis and I want the khakis. Nothing like a terrible bad beat to end the night with Arizona State fouling up 11. Suck my dick Bobby Hurley. Bad day yesterday at 3-5, moving the record to 10-8 on the year. 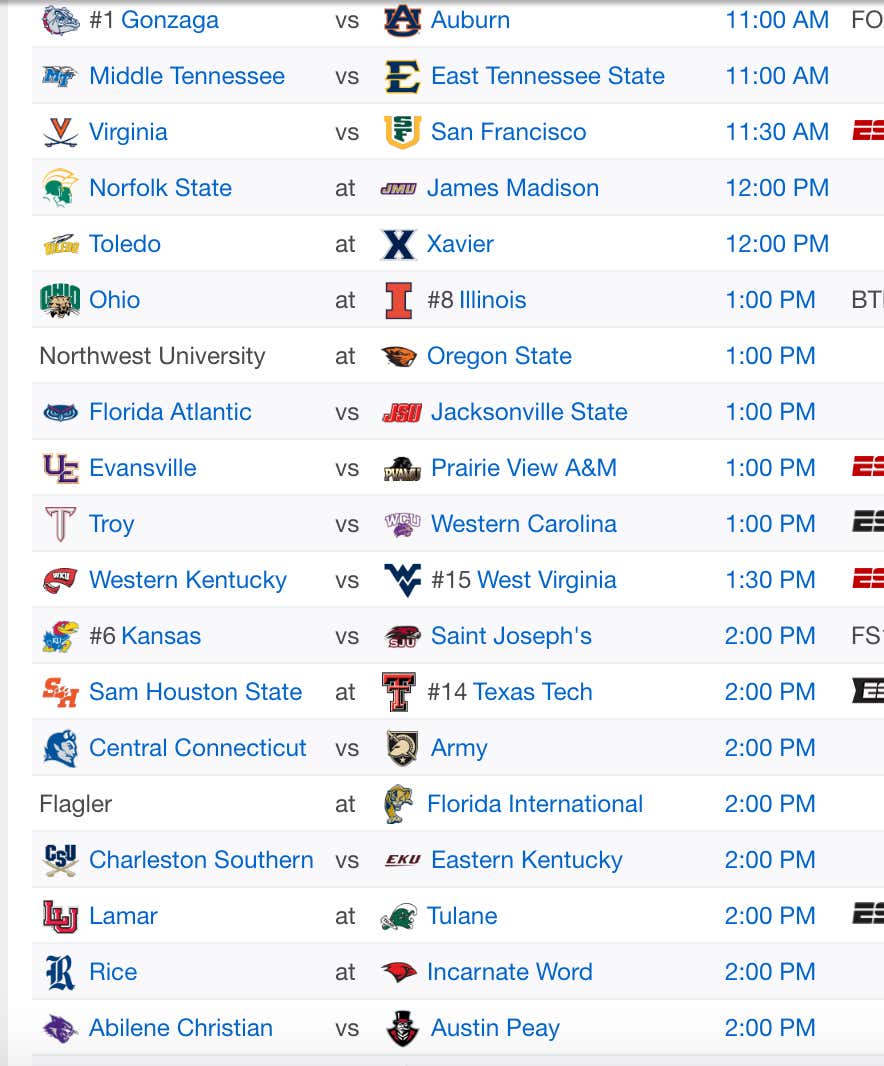 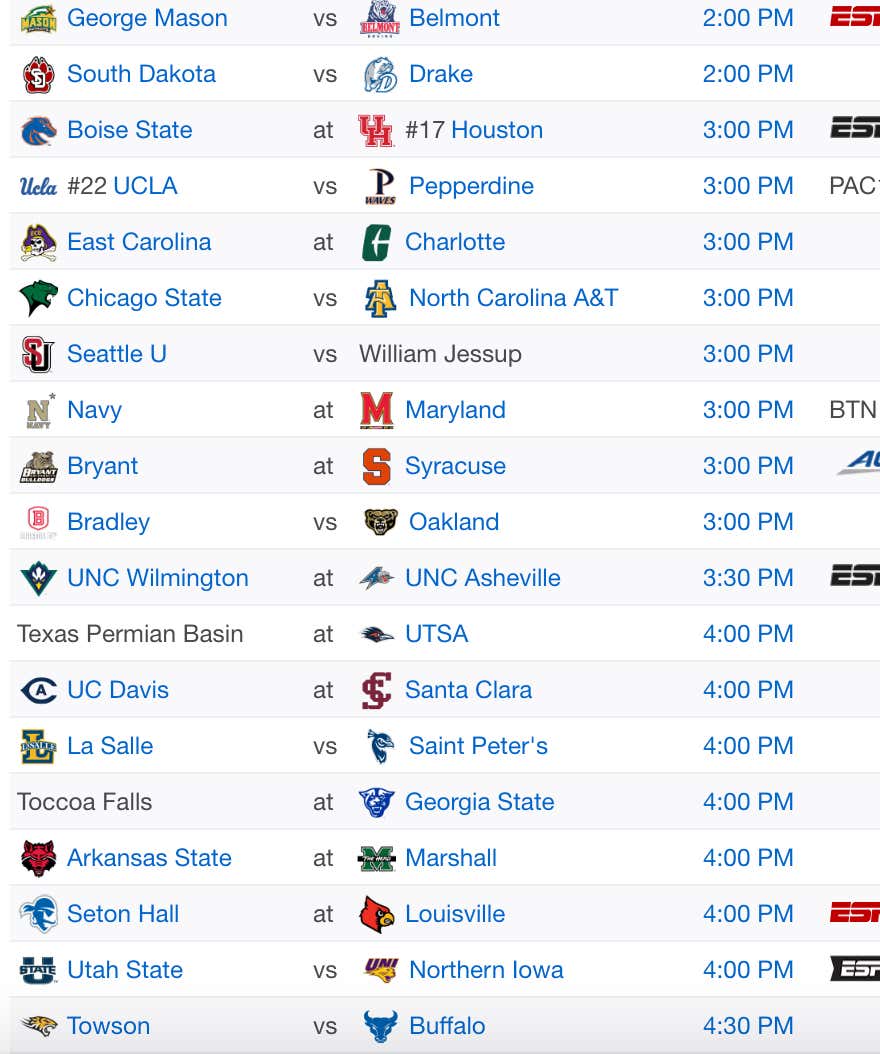 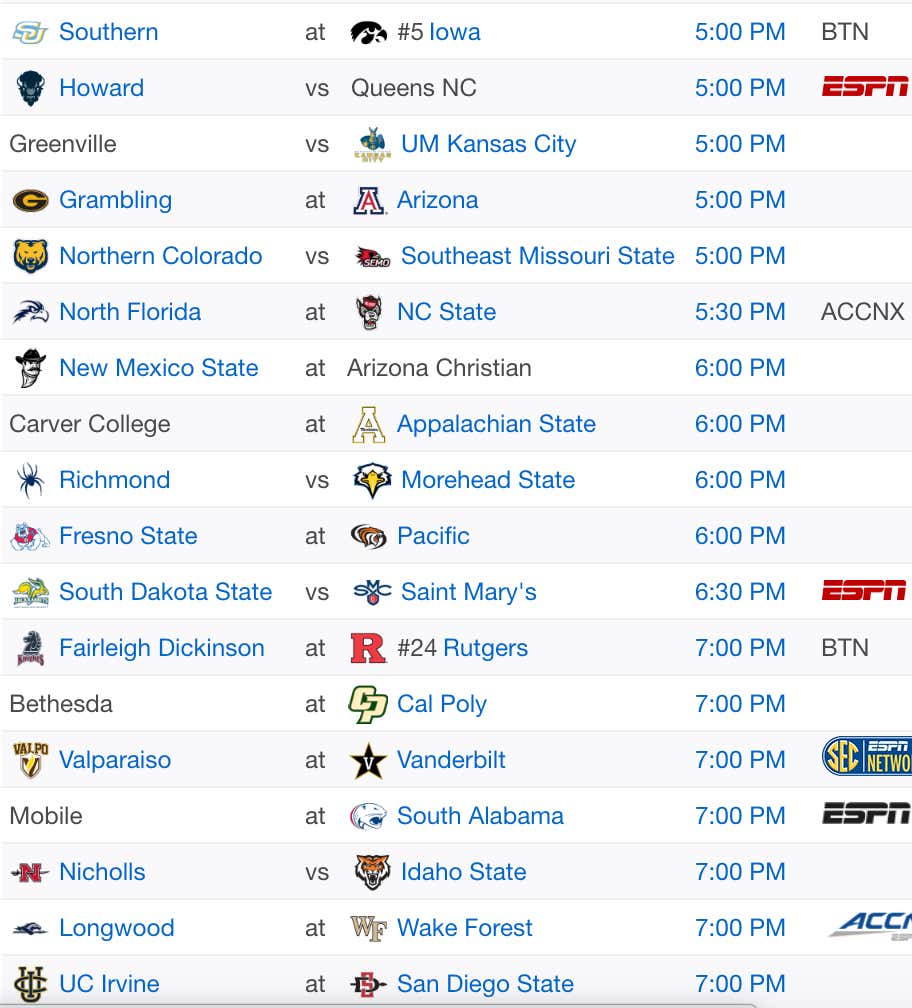 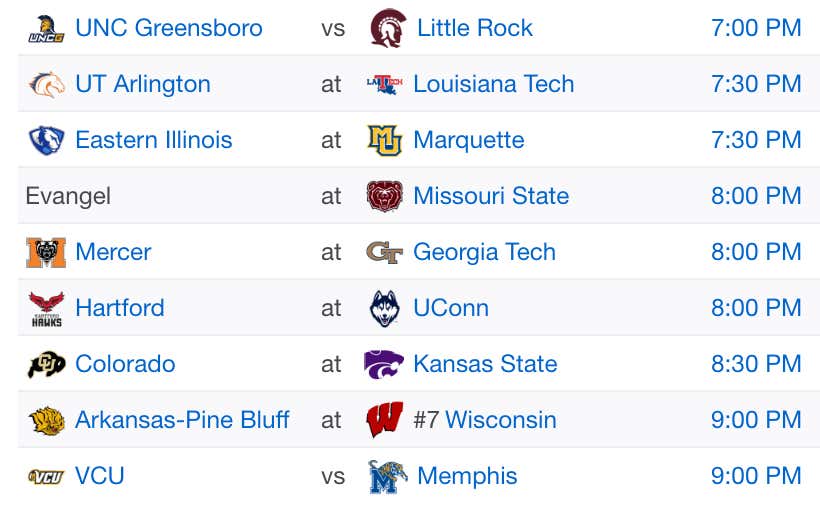 Reasoning: I know it was Towson, but this offense looks different. They can run the mover/blocker sets but can also get back to ball screen continuity, which was the offense they ended up running more of when they won the title. That's because Sam Hauser is a stretch player and gives them a different look. Pairing him in the front court with Jay Huff means that lane is going to be open for drives. The addition of Trey Murphy (transfer, was ruled eligible this week) can't go unnoticed too. He provides instant scoring and another shooter. This team is for real and with the day off, San Francisco playing a 3rd game. Give me Virginia.

Game is at 1pm at Illinois

Reasoning: Two teams with absolute dynamic, triple-double threat guards. But more importantly two teams that want to push tempo. Preston is at his best when he gets moving and can make a decision then. Both teams rank in the top-40 in adjusted tempo, granted early in the season, but this is how they want to play. In the halfcourt, Ohio doesn't really have someone who can match up with Cockburn. Give me two teams that are going to jump, push and on their third game should be in a rhythm on the offensive side of the ball.

Game is at 1pm in Asheville

Reasoning: WCU is actually good. Skip Prosser's kid runs this real fun, D'Antoni style offense where he lets Faulkner act like Harden and then it's get to the rim or threes. Now the reason it matters here? Troy typically runs a pressing zone and tries to force turnovers. They are a mess on both sides of the ball. They want to speed it up, hope mistakes happen and go from there. But they were sub-265 in both offense and defense last year. That said they played fast. They also give up a TON of looks from three. That matters in this game where WCU wants to shoot threes. That's their game. So I'm looking at 3PA/FGA defense against them this year. Troy simply plays into WCU's game.

Reasoning: I'm real impressed by WKU. That's not a slight at WVU, they've been damn good too, especially on the offensive side of the ball. But WKU looks like a power program right now. Granted that's what happens when you bring in a 5-star like Bassey and have a guy like Hollingsworth, who is one of the more underrated players out there. Now for this game, I'm taking WKU because they can rebound the ball. Bassey is a damn good player and I'm banking on him not getting in foul trouble. He needs to be able to defend both Culver and Big Oscar T. The other big key for me? WKU has been taking care of the ball. They are top-50 in turnover percentage against a WVU team that wants to turn you over, even if it's not pressing anymore.

Game is at 2pm in Washington DC

Reasoning: I'm going to keep riding this Belmont team. They did exactly what I thought they would against Howard, getting them lost defensively. The offense is always going to be there. This is a system that just refuses to be bad. Now against George Mason, who is way better defensively than Howard, is different. But if George Mason does what they did last year - get more aggressive defensively. Try to bring up the lines and force turnovers. Belmont tears that apart. That's exactly when Belmont hits you with a cut for a layup. Give me a good free throw shooting team at the end too for coverville.

Game is at 4pm at Louisville

Reasoning: Louisville has been banged up with injuries. Yes, they got 79 against Evansville, but that's Evansville. This is a Seton Hall team that is known for defense. This is Kevin Willard coming to prove a point. I actually love this Seton Hall team this year as a sleeper. I think you see them get back to that grind it out defensive style. Look for them to play through Mamu on offense. I know I've been going against teams that haven't played, etc. But I'm too high on Seton Hall this year.