Welcome back #ReagsReaders maybe #ReagsCabinet Members - still working on the name while we get winners. Got back to the winning side yesterday going 4-3 and officially move to 14-11 overall. Not a bad start and gotta be honest, the games have been awesome. I know people were all over the place yesterday but we had upsets, we had upsets (Virginia), we had close games (Illinois/Ohio, WVU/WKU) and of course bad beats. But we're positive vibes here. 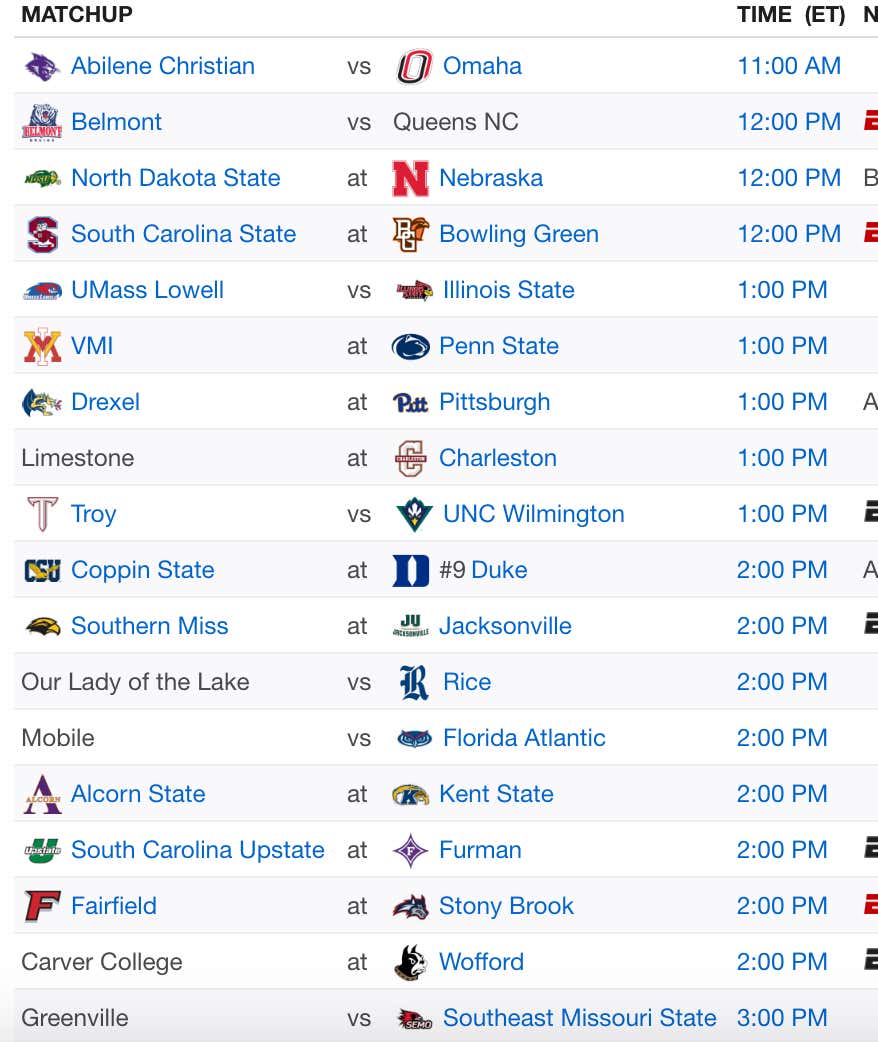 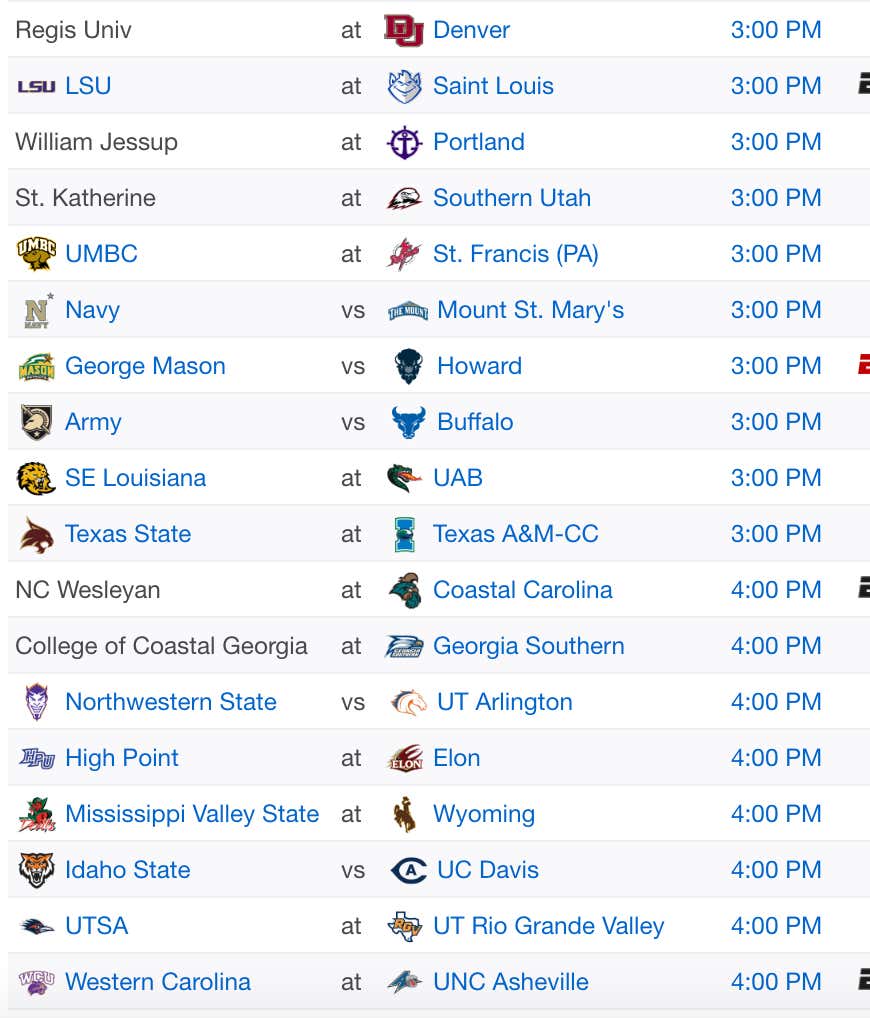 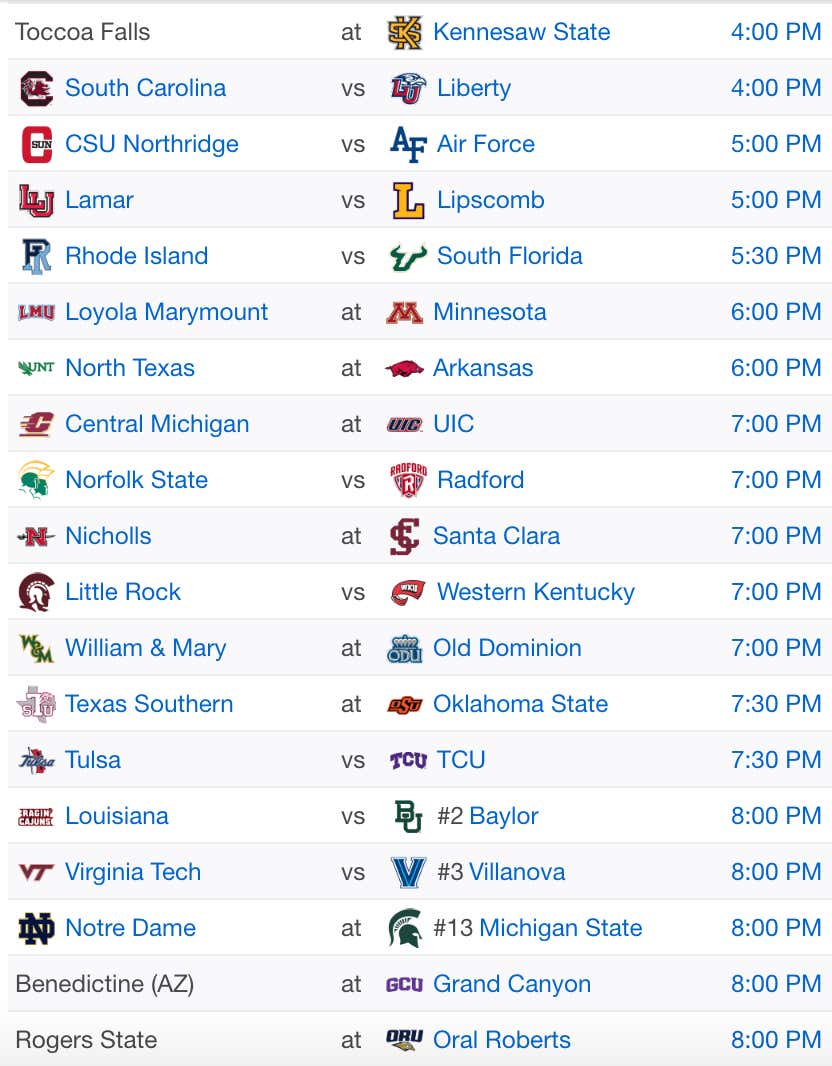 Game is at 12 at Nebraska

Reasoning: This is strictly based on Nebraska. The Fred Hoiberg experience is here and we're seeing it. They are bringing in transfers and launching threes. In the loss against Nevada (their last game) they got up 41 threes. North Dakota State's defense does try to run you off the 3pt line, but I'm trusting Hoiberg here. I know it's an early game but I'm not worried about the sleepy play. More importantly, NDSU doesn't force turnovers, so we'll have plenty of possessions for Nebraska' offense resulting in a shot.

Game is at 2pm at Duke

Coppin State (0-0 across the board)

Reasoning: Coppin State was one of the fastest teams in the country last year and we're seeing a trend with MEAC teams. They want to run, they get lost defensively and they give up a ton of points, especially to high majors. Teams are scoring 100 consistently against MEAC schools to start the year and that's what I'm playing here. I know it's the first game for Duke, but I do think they are going to be good offensively. Defensively is where they will struggle, simply because they don't have a ton of defensive talent. You lose that playing a guy like Matthew Hurt, who is good on the offensive side of the ball. Remember the head coach for Coppin State is Juan Dixon. His offense is extremely modern and more pro style than we're used to seeing for a low-major.

Game is at 3pm at Saint Louis

Reasoning: I know they didn't look great against the SIU Edwardsville while Saint Louis kicked their ass. But that's even more reason for me to like LSU here. They are a top-25ish team and you expect to see some sort of bounce back from that team. There's too much individual talent, especially with Trendon Watford. My concern is LSU's defense, but luckily Saint Louis struggles more offensively than defensively. At the same time, LSU is a damn good defensive rebounding team while Saint Louis tries to dominate the offensive glass. If you can eliminate the big advantage there, that helps get us the cover.

Game is at 5:30pm in Connecticut

South Florida (0-0 across the board)

Reasoning: Fuck it. We're back on Rhode Island. A team that has played twice already against two decent teams in Arizona State (a top-20 team) and Boston College (who might be better than we all thought). Sure we wrong on the BC/URI game, but we're back to the system of backing a side that has played games vs a team that hasn't played yet. South Florida returns a lot, but Alexis Yetna hasn't played in a year. Fatts Russell and the guards should give USF a ton of trouble.

Game is at 8pm in Vegas

Louisiana (0-0 across the board)

Reasoning: This is strictly due to the fact that Baylor has been shut down with coronavirus and why the fuck not. Baylor tends to play a slower pace and smother you defensively. Yeah, that still might happen and Louisiana might not score, but 20 points for a team that hasn't played yet and has been on and off with practicing is something I'm taking with here. Louisiana was actually average on the offensive side of the ball last year, playing a faster tempo. They might be able to speed Baylor up a little bit to get inside that number.

Game is at 8pm in Connecticut

Reasoning: How can I get back on the under for Nova after the end of the ASU game? Here's the thing. Nova's perimeter defense does struggle and teams with quick guards can get into the paint against them. We saw Boston College do that and almost upset them in game 1. Virginia Tech will want to play faster, which is fine for Nova as they can get out and run. I just trust Nova to shoot well in Connecticut (and everywhere else really). JRE has gotten off to a hell of an offensive start and he should have a big game today.