Welcome on back #ReagsReaders. A bad beat on Saturday cost us a winning day but it was 3-3 overall. Still not sure how Nebraska and NDSU just stopped scoring in the second half but it happened. That's college hoops. We move on though. That's the beauty of this season right now. Another week of games going on all day, every day. 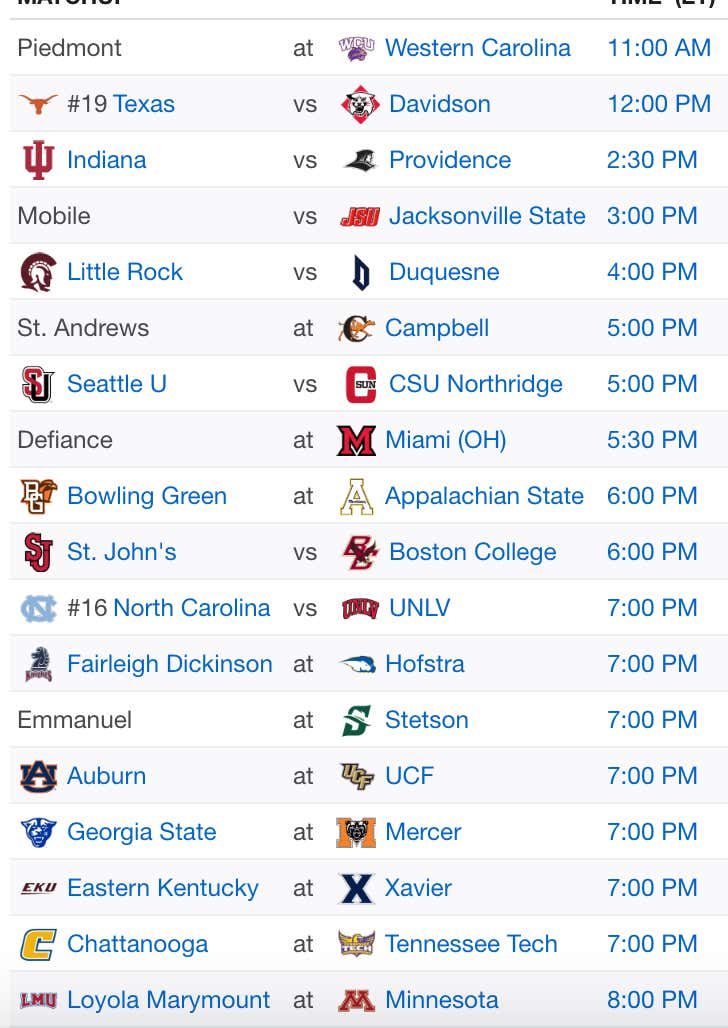 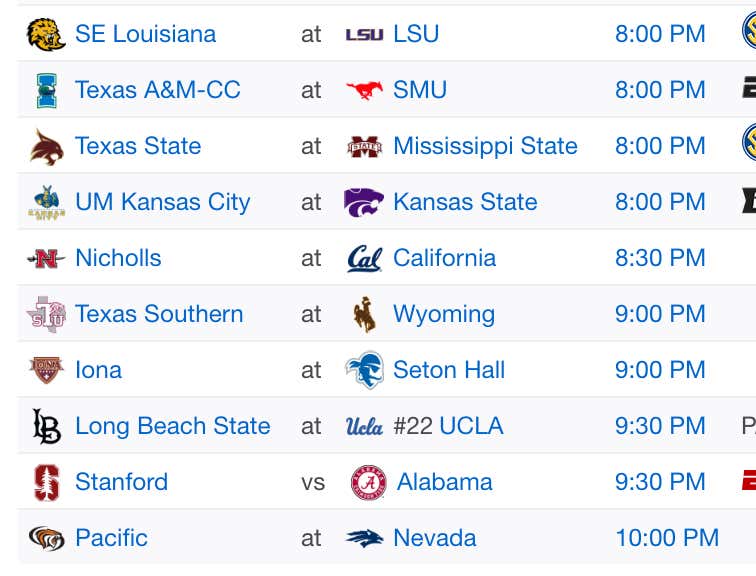 Game is at noon in Asheville, NC

Reasoning: Texas is returning pretty much 100% of the minutes from last year AND adding 5-star Greg Brown. Typically that means I'd be all over them early here but Davidson returns way too much experience for that angle. Instead we have to look at the actual tape. First things first, Texas wants to play fast this year. Shaka is finally opening it up and wants these guys to run. You have experience and depth in the backcourt. You have guys like Brown and Sims and Kai Jones that can rim run. Davidson doesn't really have a counter for that. They have to slow the game down, play that Bob McKilliop motion offense. But I worry about them defensively. The trend the last few years with this team has been unable to stick with teams that have unbelievable athletes. That's what Texas does.

Reasoning: I was as shocked as you were with Providence's offense against Fairfield. Yeah, I know it's Fairfield, but the problem with Providence the last couple of years was inconsistency on that side of the ball. They have the flex offense still with Cooley but he opened it up more. This is where I like Indiana though. Trayce Jackson-Davis should be a problem for Nate Watson. Then you have Archie Miller running the pack line defense. It's something he is a product of, obviously not to the degree of Virginia, but it's there. Pretty much I'm banking on Jackson-Davis outplaying Watson here. That's the game for me.

Game is at 7pm at UCF

Reasoning: This is strictly an angle play and buying low on Auburn. They looked awful against Saint Joe's and Gonzaga. Then again, everyone looks bad against Gonzaga. There's no Sharife Cooper, the highest rated recruit in school history. There's a bunch of youth. But UCF hasn't played yet while Auburn has the two games. That matters this year. Not to mention UCF loses four starters from last year's team. That's exactly what I look at in this first week or two when trying to go against teams without experience. I actually like Oregon transfer CJ Walker a ton, but he still has to get acclimated to Dawkins system. They don't have Collin Smith this year either, who they ran offense through last year. They put him in the high post and used him as a screener as well as a passer from there. Where do they go now? Assuming it's Walker, but can he step into that right away?  But Auburn's guards are starting to get there, led by Flanigan. That's what I'm playing here.

Game is at 7pm at Xavier

Reasoning: Both of these teams are playing fast on offense. That's the EKU special though. Their head coach A.W. Hamilton comes from the theory of trying to outscore you. He was an assistant under Kevin Keatts and plays a similar style to what Keatts likes to do. I know the over hasn't hit in two games for them, but Xavier's offense actually looks way more modern than years past. Part of that is losing Naji Marshall, who was their best player but too similar to Scruggs and clogged the lane with Goodin and Jones. There's more space this year to drive and the young guys like KyKy Tandy and Dwon Odom bring a different look. They should take advantage of EKU's defense and how they try to jump everything.

Game is at 8pm at Mississippi State

Reasoning: Ben Howland is willing to go back to his old ways and that's ugly the game up. He'll slow it down, beat you up on defense and have some hideous offense. We saw that against Clemson when they scored 42 points. The other key here is Texas State's offense is struggling. They have experience but lost Nijal Pearson from last year, who was by far their best player and a guy who they need to go get them buckets. Mississippi State's size up front should make it difficult on Texas State too. Other thing to remember is Texas State has an interim coach. That's an angle worth tracking this year.

Game is at 9pm at Nevada

Reasoning: I just love Pacific's backcourt, specifically Pierre Cockrell, who was 20th in the country last year in assist rate. Both teams play a slower tempo, Pacific especially. When there are limited possessions, I love taking a dog in that scenario. That said, where I think we can see Pacific cover is how they force turnovers. They want to jump passing lanes and get free points with the turnovers. Nevada is average at taking care of the ball. Now my fear is Pacific sucks at the free throw line. They have to clean that up and it should be a cover.

Game is at 9pm at Seton Hall

Reasoning: What I've talked about all the time. Iona was shut down and just coming out of coronavirus shut down. They haven't played a game let alone practice enough under Rick Pitino for a game against a team I'm extremely bullish on. I love this Seton Hall team. We don't know fully what to expect from Iona under Pitino - they'll be good in the MAAC, but in terms of style of play. If they try to run that matchup zone press that Pitino ran at Louisville they will get lost early. That's just going to happen when you don't have time to practice. Yes, there's a fear that Willard won't run it up since he's good friends with Pitino, but Seton Hall wants to prove a point after missing a free throw to force OT against Louisville. Mamu should have another massive game and that could be enough right there to get to 20. Again, any time there's a team that was shut down vs a high major that has played, I'm going to lean on the favorite.

Long Beach State (0-0 across the board)

Reasoning: Going to sound like a broken record here, but Long Beach State was locked down due to coronavirus and didn't have players even meet until November 10. Now 20 days later they have to go play Mick Cronin? Specifically a pissed off Mick Cronin because UCLA is 1-1 and haven't looked great defensively yet. If you know one thing about Mick Cronin it's that he's preaching defense. I still don't trust Long Beach State having a guard that can do something. They got killed last year not having a true lead guard and this year they are relying on former Minnesota and Iona transfer Isaiah Washington. But him in game 1? Nope, that's a fade.