I know that Kevin Willard spent a decade at Louisville as Pitino's assistant. They are good friends. All that makes sense. But an expensive case of wine? The man just wanted a Rolex. Then again I'm pretty sure Pitino didn't need any of that. The dude is still loaded, even after the ridiculous shit at Louisville. But that's not the important part here. The important part is if you read the Reags Report yesterday with my picks and breakdowns you know that I was on Seton Hall -19.5 It was a no-brainer based on tailing teams that are just coming out of quarantine like Iona was.

Buddy, was it a sweat and unreal cover. This is where we were at halftime:

Iona was up 9 with 2 minutes left in the first half! They were completely disrupting Seton Hall. They were attacking Seton Hall's defense. I was already chalking Seton Hall as a loss. Hard not to the way the game was going and having to get to 20. But then it happened. Oh did it happen:

Of course not without a sweat though. Seton Hall was up 30 with a minute and a half to go. 30! All they had to do was not turn the ball over and get one stop. That was it. Instead here's what we had to deal with: 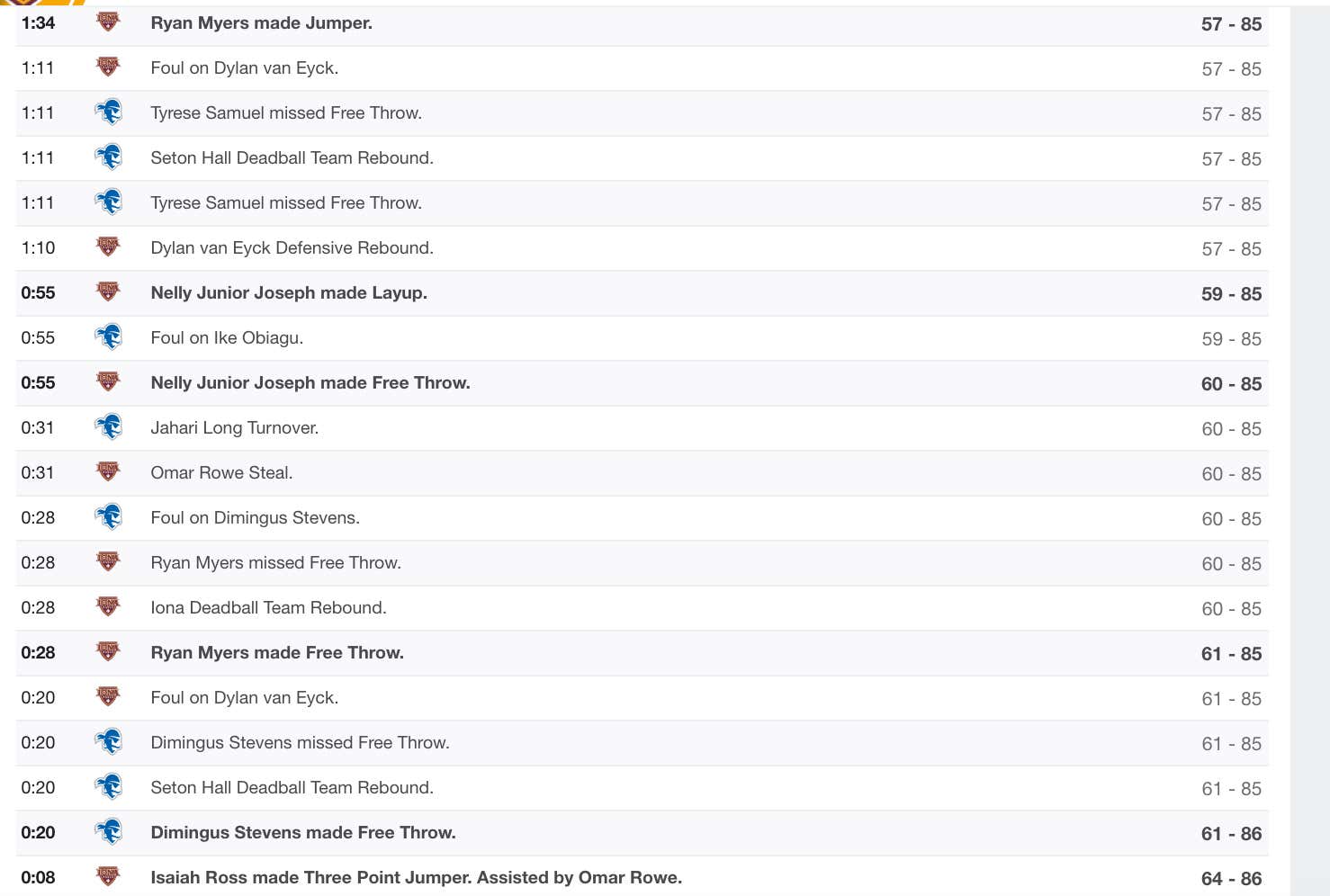 1 point the last 2:37 of the game. 1-for-5 from the FT line. A couple turnovers. Nearly giving up a bullshit turnover under 10 seconds with fear of a three. It didn't matter though. We got the Seton Hall cover.

I've said it before, but it's fucking awesome that Pitino is back in college hoops. He's a no-doubt top-5 coach of all time. Doesn't matter where he's been, he's successful. That said, it looks so damn weird seeing him on the Iona sidelines.