Welcome on back #ReagsReaders where we continue to grind out winning days. Should have been 6-3 yesterday but Providence can't make a free throw and are just so inconsistent offensively that they of course didn't cover -1.5 But either way we finished 5-4 despite somehow going 0-3 on all 3 overs. But we're back again with a LOADED slate of games. I know this season is weird but my God the schedule early is something we need more of. 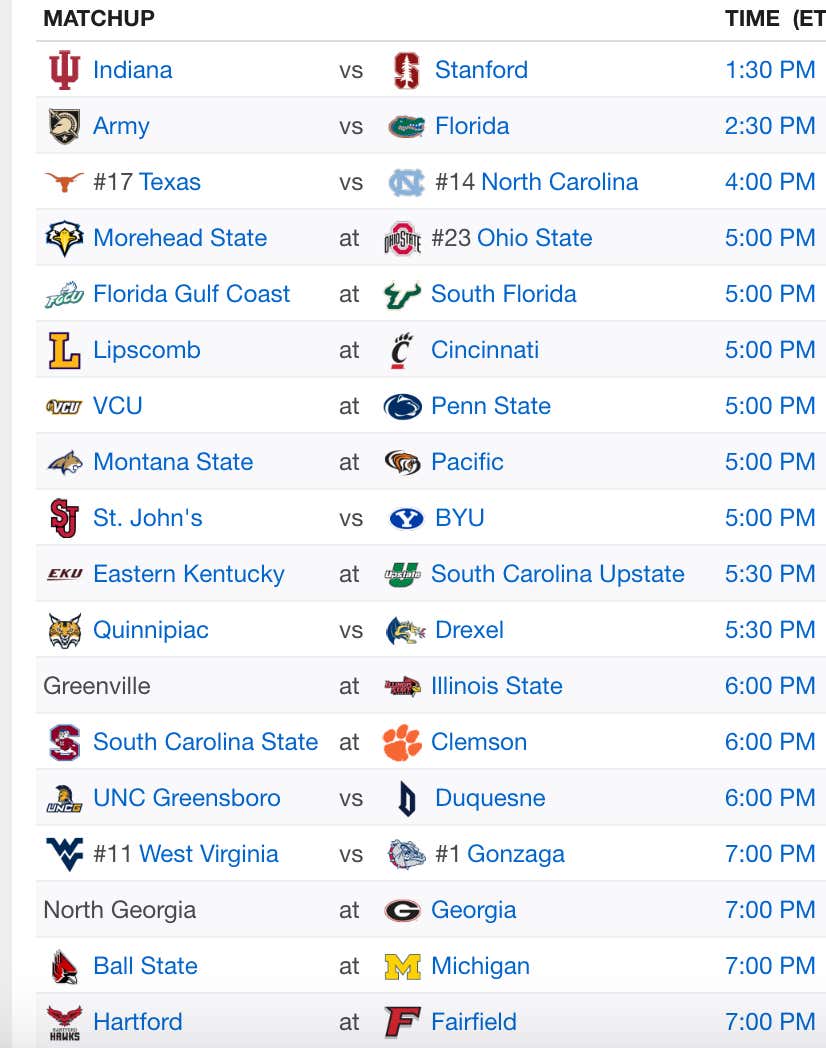 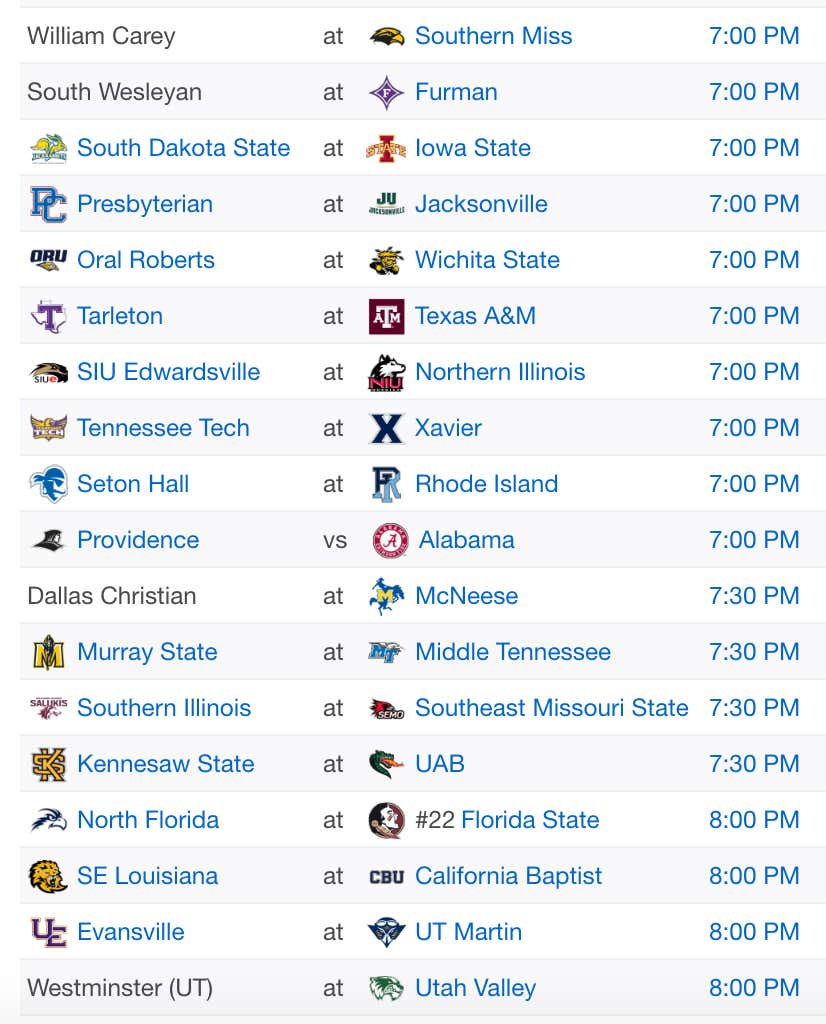 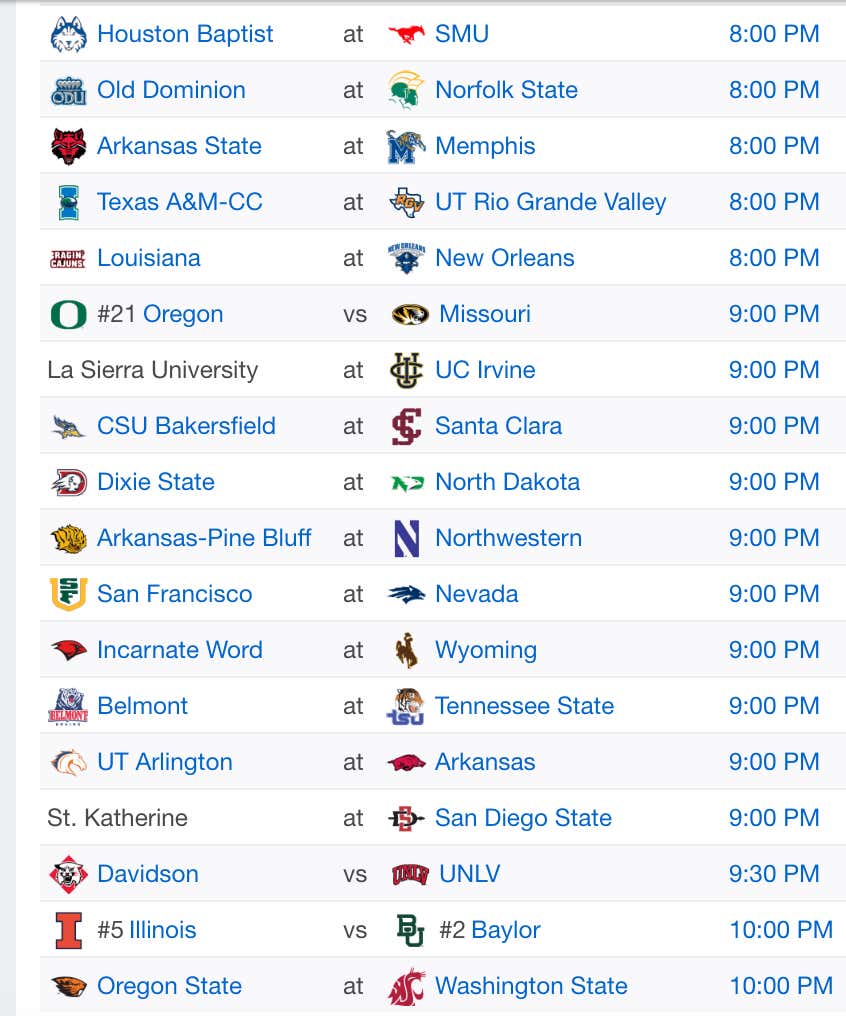 Reasoning: Indiana's Al Durham suffered what appeared to be a nasty ankle injury late in the game yesterday against Texas and is ruled as doubtful today. Quite frankly the guard play was a bit ass already and now missing a guy like Durham hurts against Stanford, which is a good defensive team. Also, did you see Indiana's offense yesterday? Putrid. I know Texas is tough, but Stanford plays a strong defense where they force you into turnovers and block shots. They currently are blocking a shot on 15% of shot attempts. That's a ridiculously high number. But I'm going to take Stanford here with that Durham injury as a huge factor.

Game is at 4pm in Asheville

Reasoning: What does UNC want to do? Push tempo and crash the offensive glass. Well guess what plays right into Texas' hand? That. They are one of the best rebounding teams in the country, have a ton of bigs to throw on Garrison Brooks, Amando Bacot and Kessler Walker. They also have no problem playing a fast tempo and quite frankly it's when they are at their best with their 3 guard look and Brown at the 4. I am worried about Texas fouling a ton, but both teams are equally bad at the FT line - UNC is 69.9% and Texas is 69.8%. UNC struggled a bit with Stanford's defensive pressure and Texas is a little more athletic version of that. They can really bother UNC's guards who are turning it over on 22% of possessions. So far we've seen Texas win a high scoring game against Davidson and an ugly game against Indiana. This just feels like the early season tournament for Texas.

Game is at 5pm in Connecticut

Reasoning: Getting Julian Champaigne back two days ago was massive for St. John's. He was their best player down the stretch last season and look at what he did against Boston College. BYU is still trying to figure out who they are with Matt Haarms and Alex Barcello. That said, this is going to be an up and down game. Both teams force turnovers while being turnover prone. That's a recipe for free points. At the same time with how St. John's gambles and presses BYU can get open looks. They want to launch threes while St. John's defense is actually prone to giving up threes. But we get St. John's on a day off vs BYU a day after getting their ass kicked by USC. Posh Alexander is one of the players in the country who should be talked about more.

Game is at 7pm at Rhode Island

Reasoning: How does Rhode Island match up against Mamu? David Cox is playing a more pressing, faster style of tempo defensively which we saw a bit from Iona in Seton Hall's last game. They struggled in the first half then figured it out. But I don't think URi has a great matchup for Mamu. The Mitchell twins don't move quick enough laterally to defend him on the wing. Antwan Walker is a bit too small for him in the post. That's where the matchup happens. Again, I'm bullish on this Seton Hall team hence why I've taken them in both of their games. They also have enough guards to match up with URI. The other key stat? Seton Hall should kill URI on the glass. Seton Hall is 50th in the country in offensive rebounding percentage while URI is a horrendous defensive rebounding team.

Game is at 7pm in Indianapolis

Reasoning: How can you bet against Gonzaga right now? They can beat you every which way whether it's Kispert on the wing, Timme as a stretch 5 or the backcourt of Suggs/Ayayi/Nembhard. I know that the theory tonight is WVU will just pound it inside and kill them on the offensive glass, but Gonzaga is an underrated rebounding team. Kispert is bigger than most people realize and can throw his body on Culver. I expect to see Gonzaga stretch WVU out and move Kispert to the four for a ton of minutes. Big Oscar has gotten in foul trouble a ton for WVU and you can get him in trouble with Timme/Kispert's offensive game. Gonzaga can also throw in 7-footer Oumar Ballo for minutes and give a different look. WVU's offense has been much improved mostly thanks to Miles McBride, but I just don't think they can keep up with Gonzaga.

Game is at 10pm in Indianapolis

Reasoning: I don't want to take a side here mostly for this reason - Kofi Cockburn. He's a hell of a player but this is a weird game for him. Baylor will stretch him out with that 5-out offense. I know it sounds weird since it's Baylor but they just have a ton of shooters. They are shooting 50% from three as a team through the two games. There isn't a great matchup defensively for Kofi whose biggest weakness is perimeter defense. On the flip side, if Illinois plays him they should be able to get him points in the paint and rebounds because of that. Also both teams are flying up and down the court, ranking in the top-70 of tempo. Even more than that, these two teams are 1 and 2 in offensive rebounding percentage. Throw in that Baylor hasn’t had Scott Drew until tonight and that makes me hate a side even more. We'll take the over.

Game is at 9pm in Nebraska

Reasoning: There's a ton of experience on this Oregon team so I'm not playing an angle of a young team in the first game here. And sure Oregon lost Peyton Pritchard, but Will Richardson was damn good as a freshman and can slide in there and at least not have a massive dropoff. If LJ Figueroa had a ruling one way or another it'd be nice, but we have what we have here. There are also few coaches I trust more than Dana Altman to know what he has on the roster and put them in the right rotations. They have to get better at guarding the three, but I think this experience will help there. Mizzou killed Oral Roberts on the offensive glass. That shouldn't happen tonight.

Game is at 9pm at Nevada

Reasoning: This game is going to be as simple as the 3pt line. Nevada's defensive strategy is to give up a ton of looks from three but contested. They are 231st in the country in 3PA/FGA defensively but 34th in percentage. San Francisco is 22nd in the country in 3PA/FGA offensively and shoots it at 33% as a team. San Francisco might be the most analytical team in the country too. They foul when tied to get the ball and the last shot. They know who to foul which is even more important. They tend to rely on analytics in terms of game by game plans. But ultimately I like Bouyea more than Sherfield and that matters in this game.

Game is at 5pm at Penn State

Reasoning: This could be an ugly game with how both teams defend. Yeah, they both play fast and want to force turnovers but I'm chalking that early one up for PSU against VMI's system. VCU likes to get aggressive but can get a bit reckless and inconsistent especially shooting the ball. That's where we're getting the under. But VCU does match up well against Penn State. They have the size to bother Penn State's guards, which is what PSU wants to play. They go small and have a bunch of guys that can handle the ball but VCU's defense is set up to take advantage of that.