Welcome on back #ReagsReaders after the first day full of sweats. We had 4 games yesterday decided by a total 5.5 points. That's just college basketball for ya. Brutal beats with EIU -24 and under 136.5 in Washington/Utah thanks to a foul call with less than 6 seconds to go in a 16 point game. People wonder why I hate refs, it's right there. It's another light slate tonight headlined by Wisconsin/Marquette and Oregon/Seton Hall. Tomorrow is the real gem though. Get us to Gonzaga/Baylor. 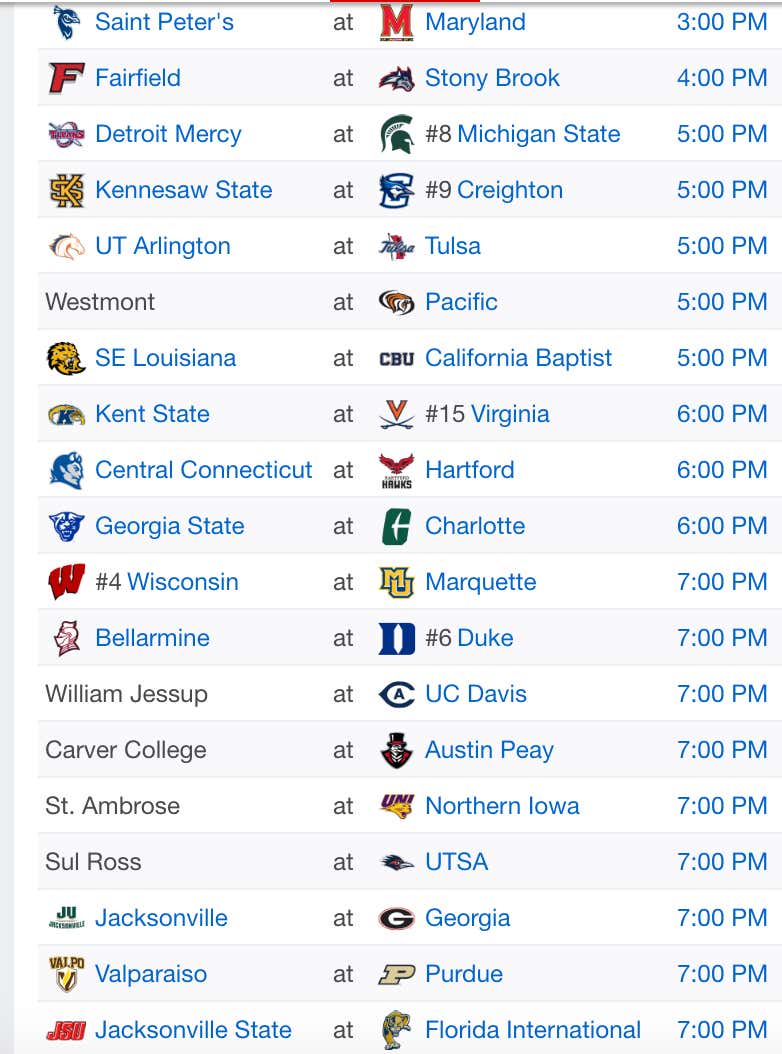 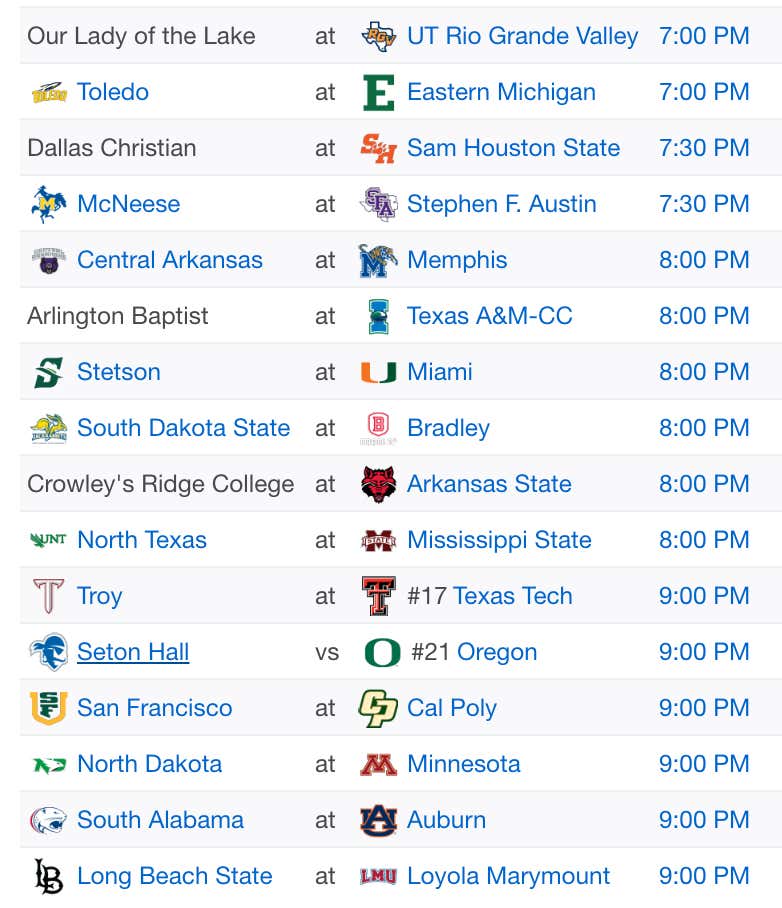 Game is at 3pm at Maryland

Reasoning: Remember Shaheen Halloway? Yep, he's still one of the best mid-major coaches in America at St. Peter's. Loved watching that dude at Seton Hall. This play though isn't about him. It's about his defense. St. Peter's was one of the best defenses in the country last year as they surprised in the MAAC. This year? They are still good defensively and really muck it up. We've seen teams like that give Turg problems in the past. The fear though is obviously that Maryland has actually taken care of inferior opponents. The key is going to be if St. Peter's can still force turnovers. Maryland has actually taken care of the ball so far. Something that has surprised me given the move to Ayala as lead guard with no Cowan. They haven't seen this sort of defense though. We'll take the slower pace and muck it up with the points.

Game is at 5pm at Michigan State

Detroit Mercy (0-0 across the board)

Reasoning: Yes, I'm a bit scared of a letdown game in the first game after the Duke win. BUT, Detroit is just coming out of quarantine. This is their first game of the season and they really don't have the wings to match up with Henry or the bigs to match up with Hauser. I've been playing that angle all year and I'm not stopping now. It's been proven relatively true and we're going to take the first half as well for a small nibble just because of the large spread. That said, Antoine Davis is awesome. I highly suggest watching Detroit play because when he gets going he's one of the more fun players in the country.

Game is at 5pm at Tulsa

Reasoning: Turnovers, turnovers, turnovers. It's simple, but that's the name of the game here. Tulsa is 21st in the country in forcing turnovers, UT-Arlington is 21st in the country at not turning it over. They have experienced guards so I'm going to trust that vs Tulsa's defense here. On the flip side, Tulsa does turn it over and that's what Arlington wants. They want to force tempo on offense, play in transition and get turnovers. They've also been tested this year playing Oklahoma State (a top-40 team) and Arkansas. It's not like there's an athleticism difference or anything like that when you see mid-majors play. Shahada Wells can also catch fire at any point. He did that against Arkansas in the 2nd half.

Game is at 6pm at Virginia

Reasoning: Virginia has gone back strictly to the blocker mover offense and it's paying off. They were running ball screen continuity, which is what they ran with Jerome/Guy/Hunter during the title season. But this team isn't set up for that offense. Hell, against Virginia they ran a 5-out react offense. That's not who they are. The blocker-mover was put back in and they kicked Towson's ass running it. Kent State is just a little bit better than Towson so we shouldn't see some crazy switch defensively talent wise.

Game is at 7pm at Marquette

Reasoning: Shockingly it's the offense that is the threat here for Wisconsin in this matchup. They have two bigs in Nate Reuvers and Micah Potter that are leading the team in scoring and that's because they both have post moves and the ability to stretch the defense. That means they are bringing Theo John away from the rim and then can run that swing offense with no real threat at the rim. That's where guys like Davison, Trice (how long has this guy been in college) and Ford can attack. There is a bit of a fear that one of the bigs struggles defensively against Dawson Garcia, Marquette's freshman who was a McDonald's All-American, but I like the Potter matchup on him as long as Potter doesn't get in foul trouble. I saw Oklahoma State attack Marquette earlier this week and while there is no Cade Cunningham, you're talking about a top-10 team in the country vs a middle of the road Big 12 team.

Game is at 9pm in Nebraska

Reasoning: I'm a bit scared to take a side here because this is Seton Hall's 3rd game this week - starting at home vs Iona then at Rhode Island and now this. At the same time Oregon announced that Will Richardson, their lead guard would be out 6 weeks about 30 minutes before their tip against Missouri but they do get St. John's transfer LJ Figeoura eligible for this game. Seton Hall is going to run that uptempo defense and press. Oregon actually attacked vs Missouri while shooting 7-for-21 from three. Now they get a better offensive player on the roster and we should see a bit more consistency on offense. We could see tired legs from Seton Hall but I'll take the over here.