Welcome back #ReagsRiders after one of the worst days we've had here. Not much to say. Michigan State and Virginia laid eggs. UT-Arlington didn't show up. Marquette played well. It's a marathon not a sprint. Just need to hit the lab again and get back to a winning day. Speaking of Wisconsin, I still can't get over that last play. D'Mitrik Trice has been in college for too long to try and bait a ref with a flop like that. Just play defense. DJ Carton was going nowhere. You had the lead. All you had to do was defend and challenge the shot. 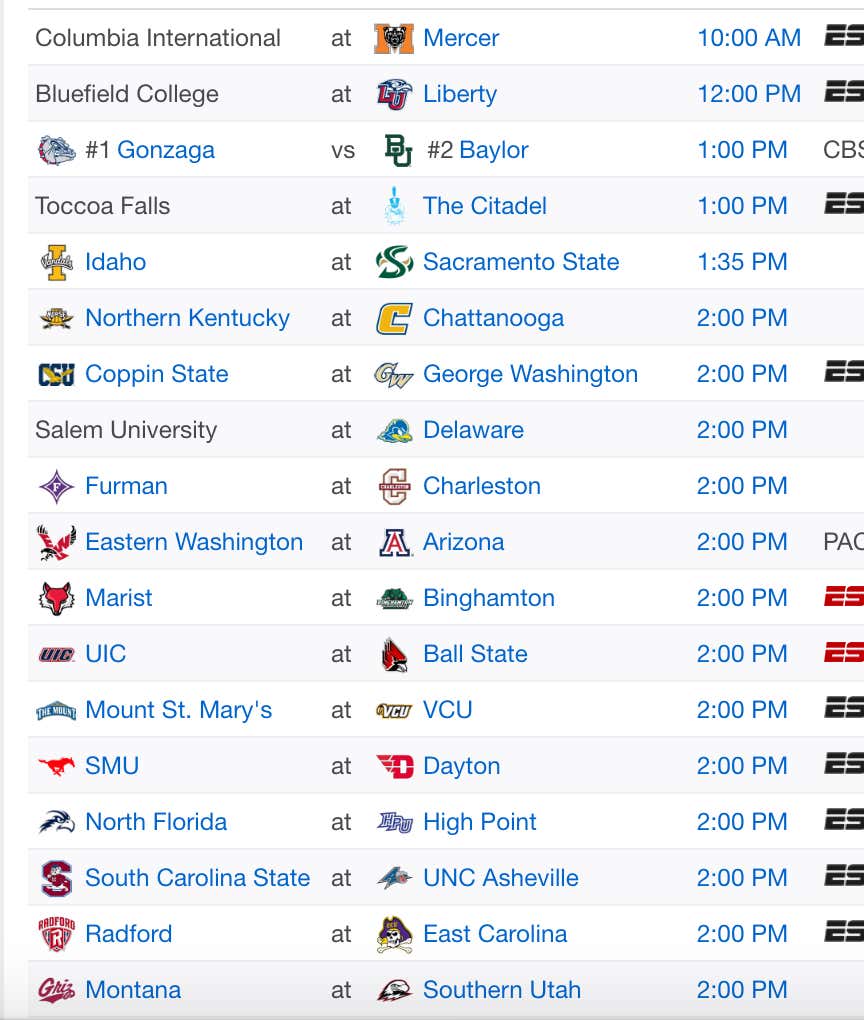 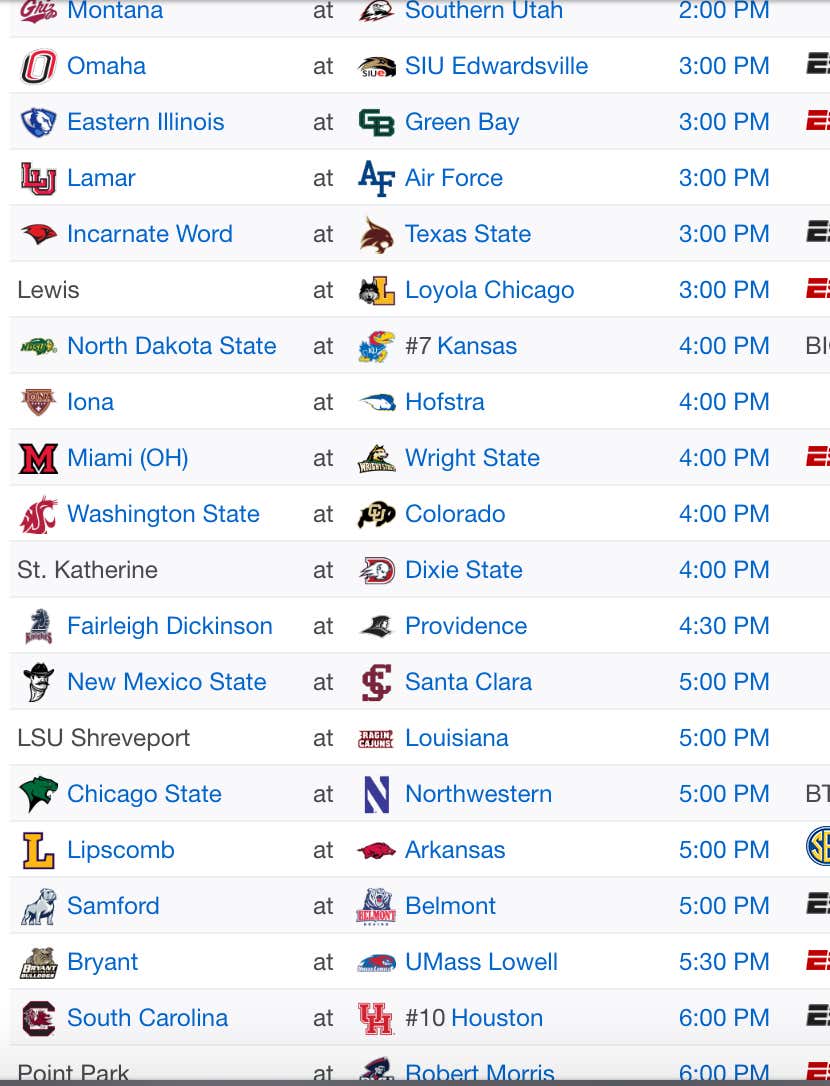 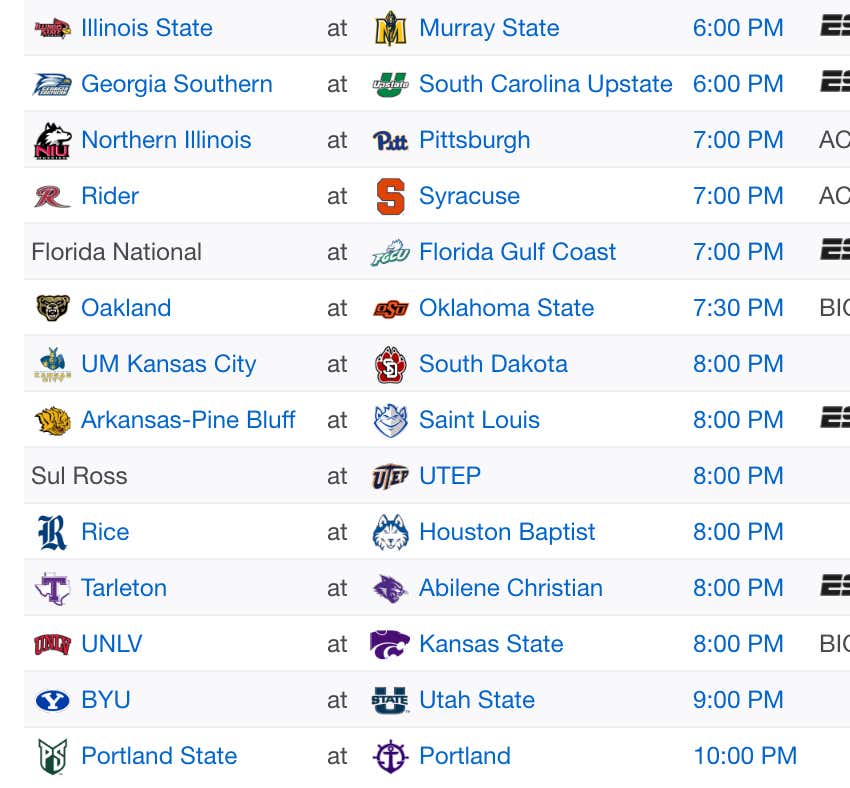 Game is at 1pm in Indianapolis

Reasoning: First off, I want to see Jalen Suggs' ankle. We saw what happened against WVU when we all thought he blew out his achilles, came back in the second half and played the rest of the game. That said he had a noticeable limp. I don't want to touch a side until we get a report on him. I am going to take the under though mostly due to Baylor's defense. They are one of the few teams that can match up with Gonzaga and bother them a little bit. The key is to not let Gonzaga get in transition. That's step 1. This is where it gets tough though. Baylor is one of the best offensive rebounding teams in the country (3rd in the country) and where they get some points. They have to send just a couple guys while rotating back vs completely crashing the glass. Then in the halfcourt it's all about staying on your man and rotations. I expect to see them sag defensively and be willing to let Gonzaga shoot more threes. That's a game we'll take. Just no one in the 80s.

Game is at 2pm at Ball State

Reasoning: All aboard the Luke Yaklich train baby. The guy was due to be a head coach after being labeled the best defensive assistant coach in the country under John Beilein at Michigan. It's paying off already. UIC's 2 wins? They came as slight dogs. Not surprising Yaklich's defense is working at UIC. They run guys off the 3pt line, put a 6'10" dude in the paint and challenge everything before gathering rebounds. They can throw a couple different looks at KJ Walton and Ishmael El-Amin, the two guards and best player for Ball State. Expect them to struggle offensively, which is the fear. But they slow it down a ton and we'll hope for limited possessions as they run a bunch of ball screens and hope Kirk/Mitchell can score for them.

Game is at 2pm at Dayton

Reasoning: Quite simply, Kendric Davis. These two teams are pretty much mirrors of each other as well. They play uptempo (SMU, especially, 6th fastest in the country) are decent defensively, but are more consistent offensively. The main difference though? SMU is a top-10 offensive rebounding team in the country and Dayton can get in trouble on defensive glass. Again, two similar teams I'll take the points. But really this is about Davis, the TCU transfer. SMU is putting the ball in his hands and letting him go to work. In the early season he's 90th in the country in possession percentage. He's 4th in assist rate. Perhaps more impressively he's averaging less than 1 foul called per 40 minutes while drawing over 6 fouls per 40.

​Game is at 5pm at Belmont

Reasoning: One of the crazier stories is Samford hiring Bucky McMlillian a 36-year old that made the jump straight from high school coaching to this. Now why does that matter? He legit wants to play straight up like high school style. They play this crazy helter skelter defense that just relies on turnovers and creating havoc while giving up easy buckets. You know who is fine against that? Belmont with their unreal offensive sets, experience at point guard with Grayson Murphy and then a guy like Nick Muszynski inside. Samford wants to play in the 90s. Fine. Let's do that and easily hit this.

​Game is at 9pm at Utah State

Reasoning: Rivalry game! Now I will say I like BYU here because Utah State's strength right now is playing through Queta in the post. BYU has Matt Haarms, who has the size and ability to protect the rim against Queta. If that happens, Utah State has to trust a guy like Marco Anthony. But the stat I'm really looking at here is the 3pt line. Utah State's defense is designed to protect the paint and let you shoot threes. BYU's offense? 63rd in the country in 3PA/FGA and they are shooting 35% as a team. You can't run that sort of defense against BYU.

Game is at 2pm at High Point

Reasoning: You might be sitting here wondering why the fuck I'm taking a UNF/High Point game. Well, it's simple. This news right here.

Not only does this murder my fantasy team but it gives us an edge here. Hendricksen is everything for North Florida. They run their entire offense through him. Outside of Hendricksen I don't trust a single person on that roster to get a bucket. That's it. That's why we're playing this game and the only reason why.