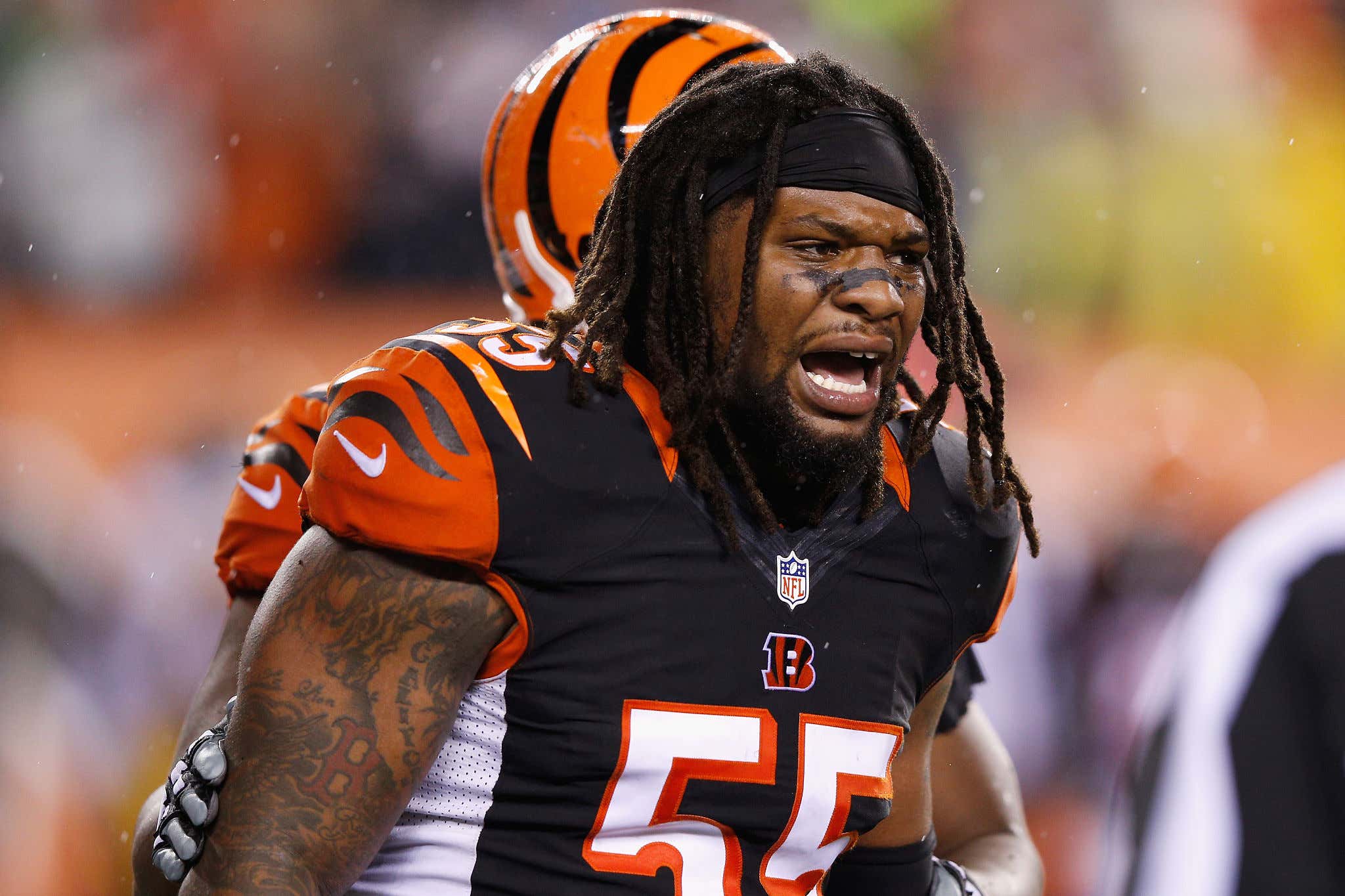 Vontaze Burfict. What a human. I don't want to put him in a box and be like "he's a bad dude" but you never really hear anything good about him, ya know? I try to empathize and I assume he's been through a ton of shit and his brain is oatmeal at this point, but that isn't really an excuse after the 10th time you do something stupid. But this story is hilarious:

TMZ - NFL linebacker Vontaze Burfict was arrested for allegedly attacking a security guard at a Vegas casino over the weekend, TMZ Sports has learned.

The 30-year-old former Cincinnati Bengals star -- who later played for the Raiders -- was taken into custody for misdemeanor battery … but nobody knew why, until now.

Multiple sources tell us Burfict and at least 1 other person were looking for a restaurant at the Cosmo called "Secret Pizza." … which is intentionally hard to find!

It's like a speakeasy for pizza -- a hidden eatery located at an unmarked location on the Cosmo property. We know what you're thinking … how's the food? It's got 4 stars on Yelp!

We're told Burfict and his crew were having a tough time locating the place -- and at some point, they felt like security was following them.

At one point, there was an incident between Vontaze and the security guards -- with the guards claiming Burfict got physical.

The imagery of Vontaze Burfict walking around the Cosmo looking for "Secret Pizza" and getting so frustrated because he can't find it is hilarious. It's not even that hard to find, you just ask someone and they tell you where to go. But I'm just picturing Vontaze and his friends walking around in circles like the Griswolds going around the traffic circle except instead of seeing Big Ben and Parliament they are just seeing the same Wheel of Fortune slot machine over and over again.

And he got so frustrated that he had to beat up the security guard. Obviously dude has major anger issues, but to be fair when you really want pizza and the hotel is designed to keep you from finding pizza, tempers can flair rather quickly. All Vontaze wanted was a slice and the world was keeping him from getting it. It's like when Andy Bernard couldn't find his phone, except it's Vontaze going "WHERE IS THE FREAKING PIZZA"

And then instead of punching a wall, he punched a security guard. And never even got his pizza. All in all, a sad tale. And to be honest, the pizza isn't even that good. All they did was hide the place, they forgot the pizza should also be good. Here is a sober David Portnoy reviewing it: