Welcome on back #ReagsReaders. Hand up, yesterday was AWFUL. Both from a game standpoint and going 0-for-5. Can't even point the blame anywhere. Not like it was heartbreaking beats. People laid eggs. I did that. You won't see me hide from it. Gotta get back into the lab like we did after Friday and got a 5-0 day on Saturday out of it. We need that again. Luckily we're back with a loaded slate of games tonight. Even better is they are spaced out. Getting Creighton/Kansas at 5 as a stand alone game is so fucking awesome. We need more of that throughout the year. 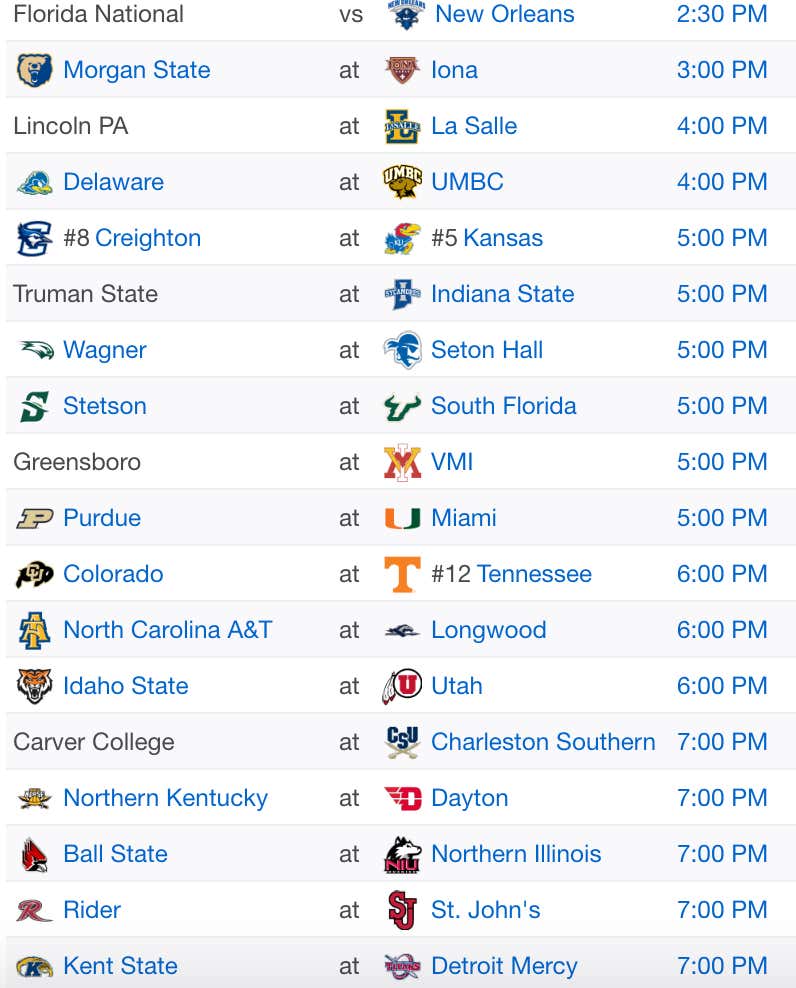 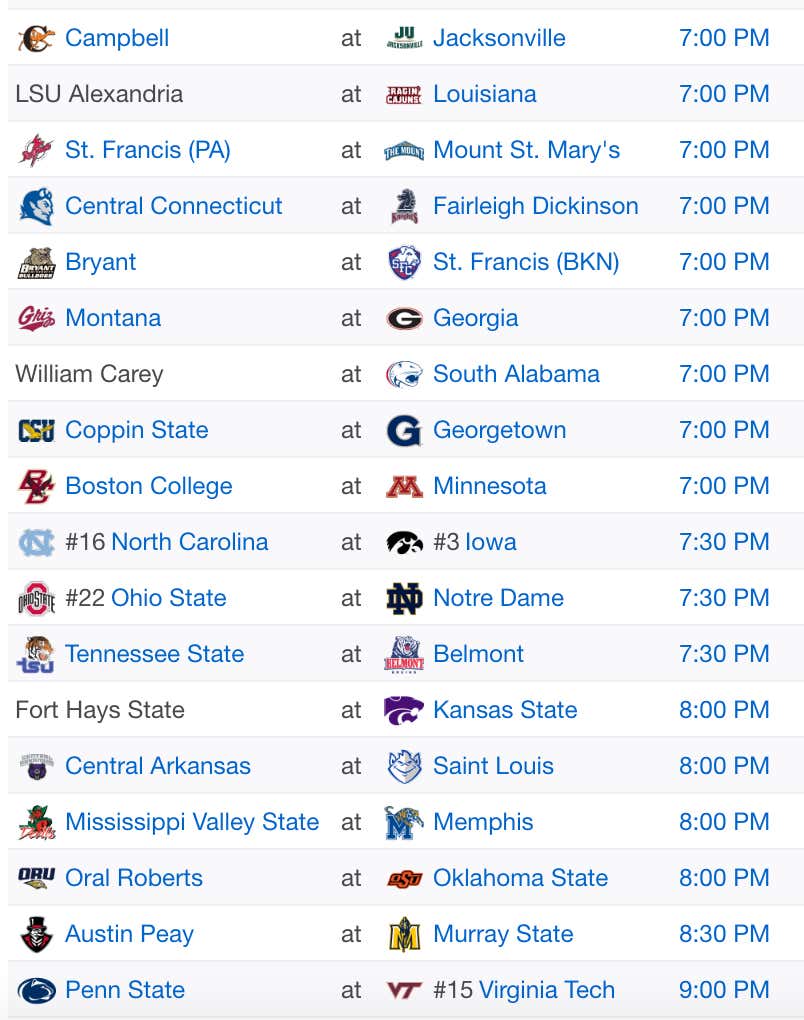 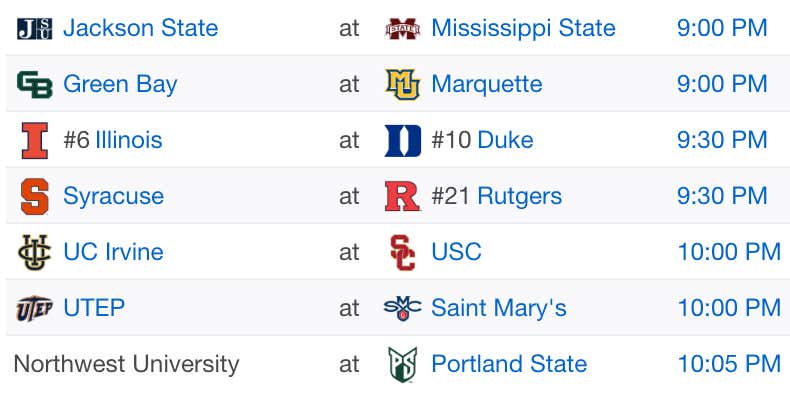 Game is at 5 at Kansas

Reasoning: Quite simply, I'm buying Creighton a bit low here. They haven't played well offensively, which sounds weird because it's Creighton. But they haven't shot the ball nearly as well as they should. Yet they still have Marcus Zegarowski and Mitchell Ballock, two of the best shooters in the game. So how does McDermott get them open? If McCormack is on the court for Kansas, look for McDermott to get back to his routes. Double screens with some intricate movement. He's so good at these sets where you have a guy dive, slip the screen or flare while the guy with the ball coming off the screen makes his move. It's glorious to watch. For Kansas, two main questions. 1) how healthy is Marcus Garrett? He's battled some sort of illness while playing and for sure didn't look like himself (the best defender in the country arguably) against Kentucky and 2) will Self continue to play this small ball lineup, which is his best. This is one of those games where if we're getting a full Phog, I'm probably on Kansas. But that moment is gone. I trust Creighton's offense to figure it out.

Game is at 5pm at Miami

Reasoning: I jumped on this line early this morning and got it at the best number possible. Since then it's switched to Purdue as the favorite and that's something that just makes my heart skip a beat. The biggest question is Miami's health. Does Chris Lykes play? If he does is he 100%? Lykes is so important to what Miami does, but even with him out Isaiah Wong has been damn impressive. It's important to note that Miami will not have Wardenburg and Timberlake still while Purdue should get back Eric Hunter, who is listed as questionable. Even with all that said, will Miami be able to slow down Purdue from behind the arc? I don't think so. The transition of Matt Painter from playing two bigs to this spread it out offense and shooting with guys like Stefanovic should probably be talked about more. Remember the Haas/Hammonds/Swanigan lineup to surrounding Swanigan with shooters? Changed Purdue completely.

Reasoning: This is all about Luka Garza. Yes, I've called Iowa overrated because I don't think they are a top-5 team in the country and that's mostly due to their defense. I don't trust McCaffrey's defensive plan for an entire season. He needs to prove me wrong there. But this is also a prove it game for Garza. Yeah, he's been unreal this year. But they have played dogshit. Can he do this against UNC, a team with a bunch of frontcourt guys that can give him trouble? The most important thing though is the health of Garrison Brooks. He tweaked his ankle against Texas and Roy Williams said yesterday he wasn't close to 100%. How effective can he be defending Garza? The other reason I like Iowa here? UNC's guards haven't blown me away yet. That helps Iowa's defense. If UNC isn't shooting the ball well, it's easier for Iowa to run a zone and protect Garza. Iowa just needs to improve defensive rebounding, but if they continue to be as efficient on offense as they have been through 3 games, it won't matter.

Reasoning: Help appears to be on the way for Ohio State. Musa Jallow missed the last two games, played just 13 minutes in the first game and it sounds like he might play tonight. Along with him is Seth Towns, the transfer from Harvard who hasn't played yet this year. If you get that, you get a pure scorer in Towns and even more depth. Ohio State shouldn't struggle to score against Notre Dame either. They don't force turnovers and they just sort of challenge shots in the paint. Ohio State's ability to create off the dribble is key here plus I'm a Chris Holtmann fan. On the other side of the ball, Ohio State is currently No. 1 in the country in 2pt percentage defensively. Get some help if Jallow and Towns plays and I like them even more.

Game is at 8pm at Memphis

Reasoning: Tempo. Tempo. Tempo. In terms of adjusted tempo nobody plays faster in the country than Mississippi Valley State and Memphis ranks 11th in the country. Possessions will be there. The real question will be if whether or not MVSU scores enough. They are legit the worst team in the country. The least amount of points they've given up this year is 88 to Grand Canyon. They gave up 142 to Arkansas, a team with similar tempo to Memphis. There should be plenty of free points for Memphis as MVSU ranks 227th in the country in turnover percentage. Memphis lives on forcing turnovers and turning it into transition. There's a good shot Memphis gets 100 here. Can MVSU get to 60?

Reasoning: There's a massive mismatch on each side of the floor. It's similar to my thought process of Illinois vs Baylor and taking the over there. Kofi Cockburn is a great player but his biggest weakness if defending on the perimeter. How is he going to defend Jalen Johnson who floats around the perimeter and takes guys off the dribble? You can't put him on Matthew Hurt either who is a stretch four. On the other side, who defends Kofi inside? If he stays out of foul trouble, he should have a field day at the rim. The fear is the poor free throw shooting but to balance that off is Illinois' strength on the offensive glass, they are 2nd in the country on offensive rebounds while Duke is slightly above average on the defensive glass. Again, both teams have such a mismatch on one side of the ball and that's before you even talk about Ayo. I don't know if Duke truly has an answer for him. Goldwire perhaps? But Ayo is strong enough to get to the midrange against him. The other key guy here? Freshman Adam Miller for Illinois. He's a hell of a shooter and can score. With focus on Ayo and perhaps Kofi, he could be a surprise scorer to get us to the over.

Reasoning: Quite simply it's trusting UC Irvine's defense. Under Russell Turner they've ranked in the top-18 in the country in 2pt percentage 8 times. They live on forcing tough shots in the paint and giving up looks from three. That's exactly what we're looking at here against USC. USC relies on playing through the Mobley brothers and getting shots at the rim. Nothing more than that stat is what I'm playing here. Yes, the fear is UC Irvine scoring enough to keep it within 10. But if Irvine can get defensive rebounds, limit possessions, this should hit easier. We've seen USC struggle in stretches offensively this year and we can see that again tonight. This is also based on Ethan Anderson being a gametime decision. He's really what makes the USC offense go and can open things up for Mobley. If he doesn't play I like Irvine more.

Reasoning: The most glaring stat to take a dog here. Turnovers. Austin Peay's defense ranks 80th in forcing turnovers while Murray State is one of the most turnover prone teams in the country. This is also a matchup between two of the clear top-3 teams in the OVC for me. Matt Figger, the head coach for Austin Peay comes from the Frank Martin coaching tree and uses the same zone that Martin runs. The biggest problem is they have been horrendous at defending in the paint. That has improved in the small sample size so far this year. They need to focus on Tevin Brown and try to force him into bad shots. The other key is Terry Taylor, the potential OVC POY, can't turn this into a 1v1 game.