Woooooooooooo-WE. Here we go boys & girls. Time to see who progresses and who goes home – in some cases perhaps quite literally a losing coach may have his bags packed and be ready to catch a separate flight back home after the game if they get bounced. 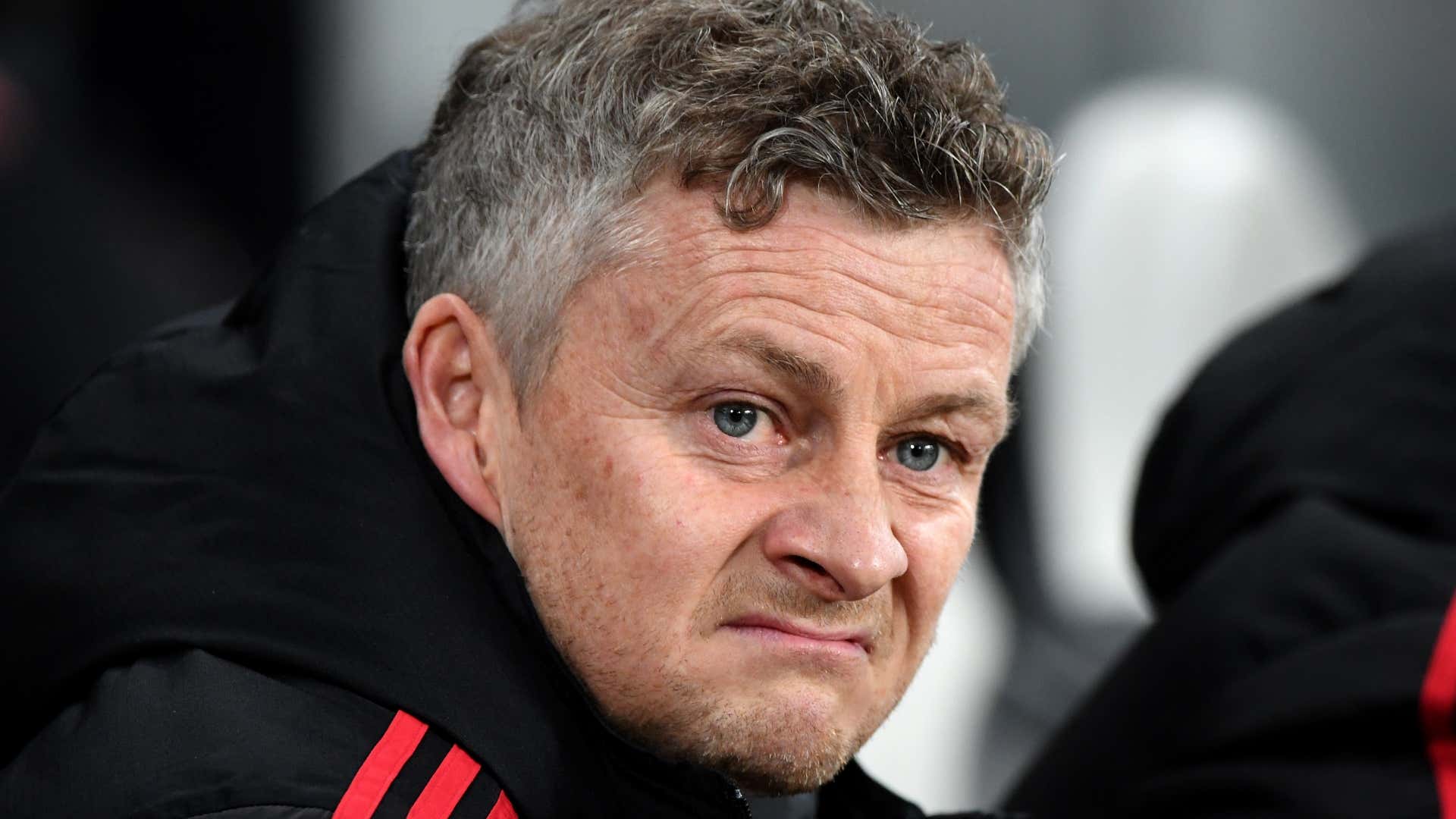 Point being plenty of drama ahead. Not much time though! But before jumping in let’s do what we always do and take a moment to relax, breathe and get your mind right: 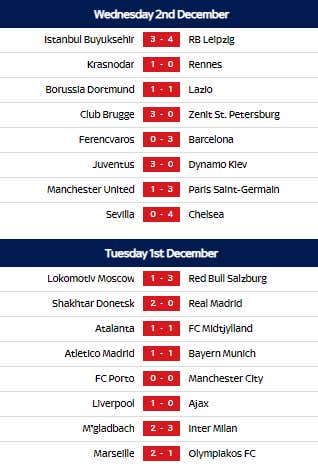 After the first five of six games the group tables look like this: 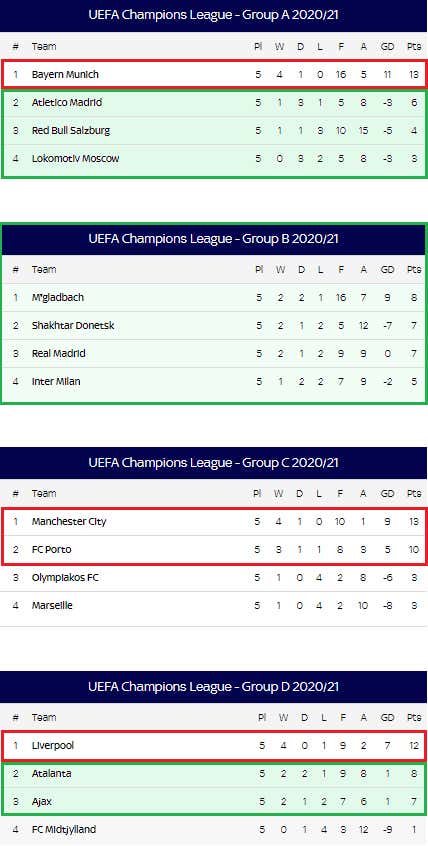 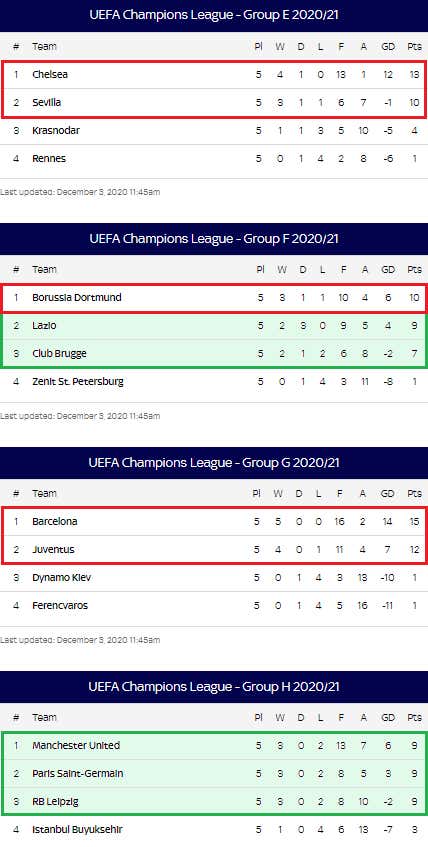 Teams boxed in red have advanced. Green means they still have a shot. Group B tomorrow is going to be wild. Plenty to get our jubblies in a bunch about today though as well, notably in Group H where three teams sit on nine points.

Look, unlike most Germans, I like and respect RBL. They are a #fun team with a bunch of players that “bigger” clubs are eye-fucking harder than IG models watching Portnoy’s pizza reviews. They are going to do big things, and showed this weekend by drawing 3-3 at Bayern that they stand a legit shot of sticking around in the title race this season. The thing is that Manchester United is like Jekyll and Hyde. Playing them in a game they don’t need is like fighting the mild-mannered Dr. Jekyll. Playing them in a game where their back is against the wall and a result is needed is like running into the murderous Mr Hyde in a darkened alleyway. Unfortunately for RBL today is the latter. United need this. Ole needs this. The Anti-Poch-To-United (APTU) campaign NEEDS this.

Full disclosure: As leader of the APTU am I nervous about this game? No. I am petrified.

The scrappy Belgians will be pretty psyched about their position coming into the final matchday with a chance to progress with a win, and will have a little confidence that it may be possible after they fought Lazio to a 1-1 draw in their earlier meeting. “Unfortunately” all of Lazio’s players who had rona yesterday miraculously tested negative today and are ready to go. Everybody chill out, I’m sure there was nothing shady at all going on there!

This game would obviously be getting higher billing if it matter more but the fact is it is not all that vital to either club. Sure, Juve have an outside shot of leapfrogging Barça to finish first in the group and theoretically get a “weaker” opponent in the first round of knockouts. In reality though the only storyline that anybody with a brain cares about most is, of course, Weston facing Dest (and Konrad). A cornucopia of young, hungry American talent facing off in Champions League. 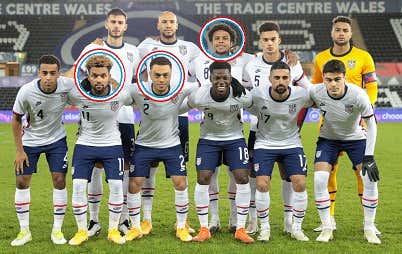 It is clinically insane to think how far US soccer has come in a few short years. Picking a winner here is like asking me to choose between my children. Absolutely not. Especially since the only way the game matters is if Juve win by at least three at Camp Nou, which will likely strike both teams as unlikely and COULD weigh on the proceedings a bit. Or it may mean all the pressure is off so both teams come out playing footloose and fancy-free. Being an eternal optimist I'll go with the latter and say we got goals coming!

ps: oh, right, and these two living legends will be playing for possibly the last time (?) so that's pretty damn cool too… if there is an option to bet both of these guys to score and you aren't doing it then you might as well take your money and light it on fire because obviously you don't like it or want more of it.

Reminder: another big slate tomorrow. As always, thanks for reading you beauties.