Welcome back #ReagsReaders. What a beautiful day to sit here and watch college hoops all damn day. We got a little bit of everything on today's slate from rivalry games, major matchups, Cade Cunningham and games starting at 11am. I want to spend a quick minute talking about Nova after their win (still can't believe the over didn't hit. It's a crime.) over Georgetown. I think we need to take a step back on where we are with Nova. They are for sure a tier below Gonzaga and Baylor right now. Yes, they have the quality and honestly a great win over Texas. But they are more limited than we originally thought. I still love Justin Moore, but he's not a lead guard. He's made to be that secondary guy as is Caleb Daniels. That means if Gillespie is in foul trouble or hurt or anything they don't have a true lead guard. That's a problem. Now, don't get me wrong. They are still a top-5ish team in the country, for sure top-10. But the gap from them to Creighton? Not as much of a runaway as we originally thought. 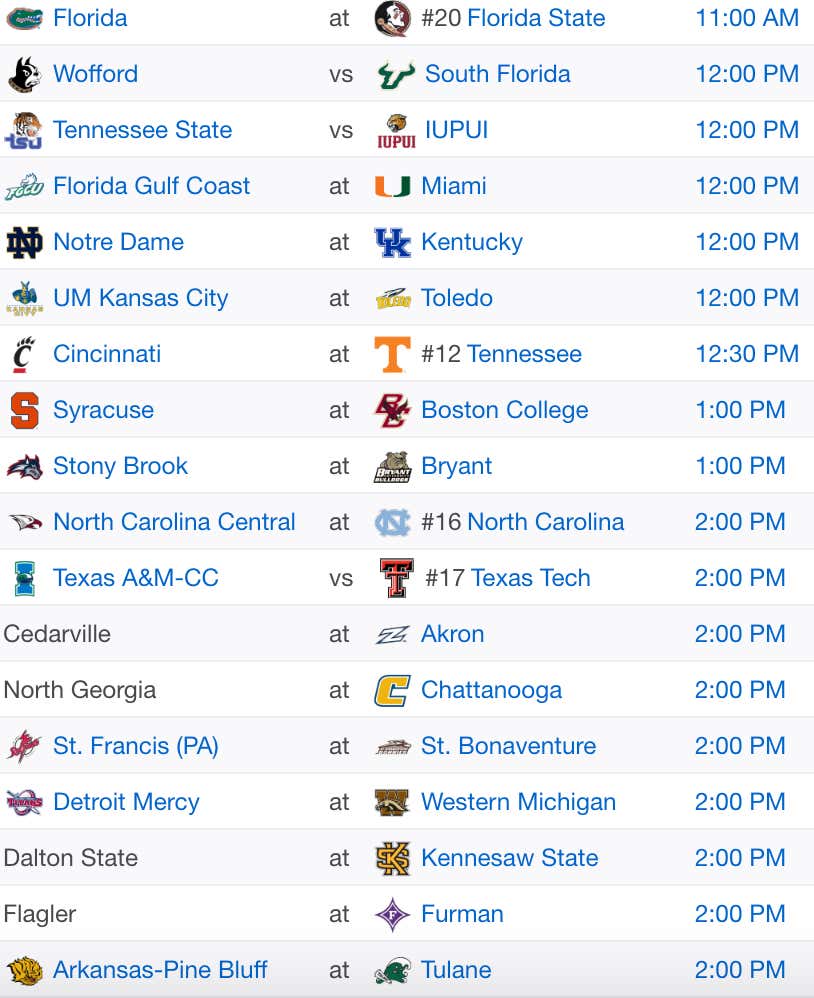 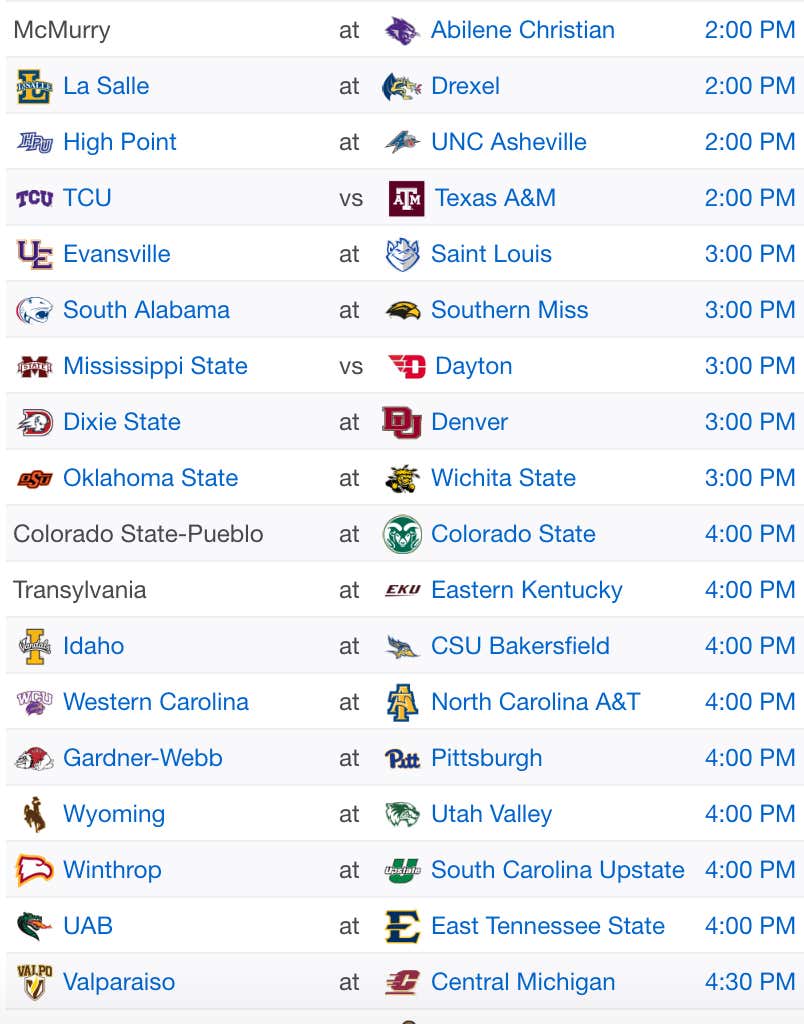 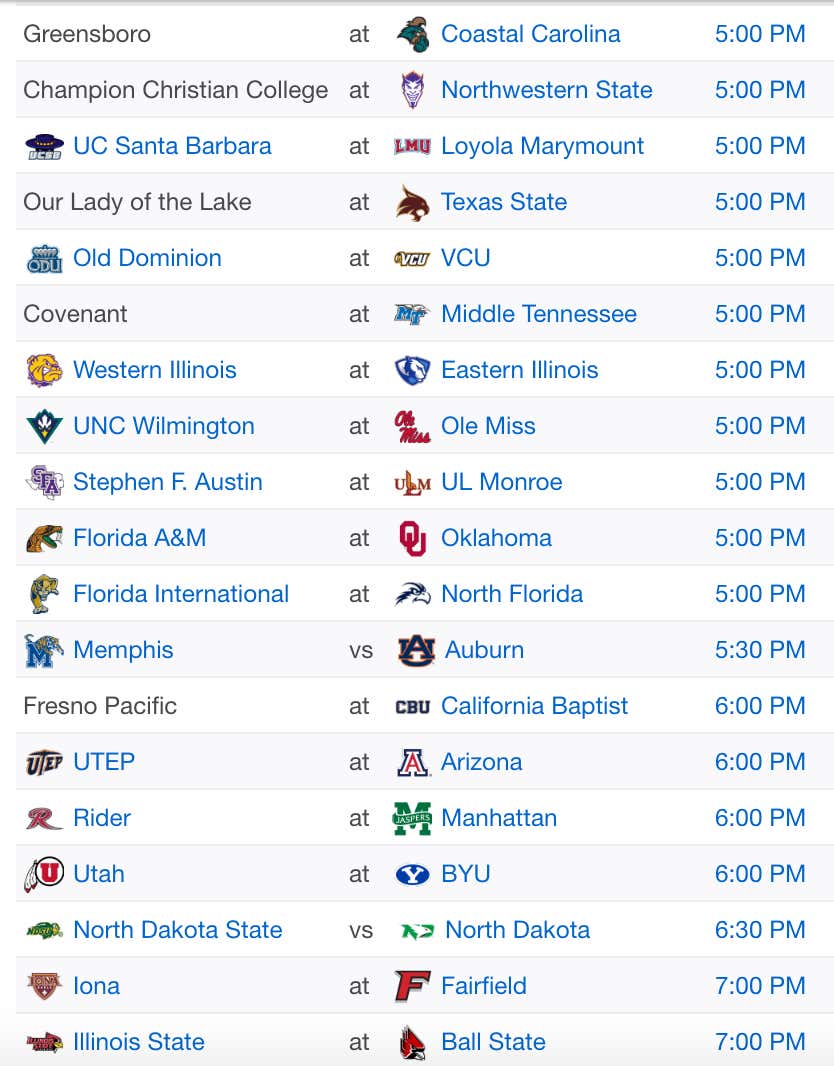 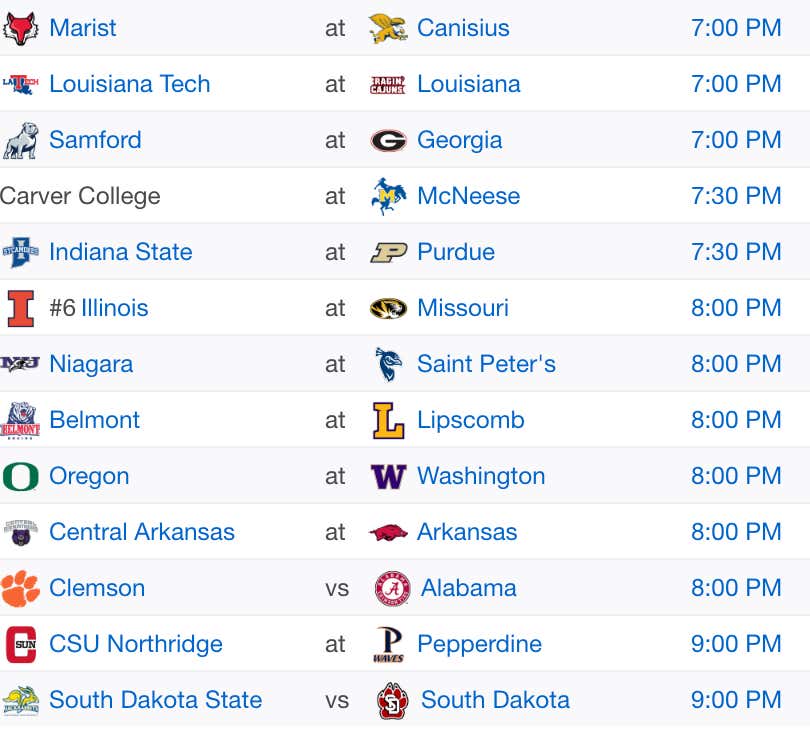 Game is at 11am at Florida State

Reasoning: Simply put, I love this Florida State team. They can play big, they can play with a ton of length and they defend their ass off. On top of that they have two true stars in Scottie Barnes and MJ Walker. We saw Barnes hit the game-winner against Indiana on a pretty ridiculous finish that he made look way too easy. That's what Barnes can do though. Walker is also a guy who can go get his own bucket. Something that FSU needs. Now for this game, these two teams are pretty similar. They both force a ton of turnovers. They both foul a ton and get to the line. The difference for me though here is that FSU just absolutely murders teams on the offensive glass and Florida is an average defensive rebounding team.

Game is at noon at Kentucky

Reasoning: Alright, it's time to end this embarrassing shit from the last three games. A full week of practice. A full week of Camp Cal. Hopefully, HOPEFULLY, we see Cal wise up and start playing Jackson/Sarr together less and this is a perfect matchup for it. Notre Dame is small with a stretch big. But this is about Kentucky. This is about figuring shit out offensively, which is putting the ball in Clarke's hands more as a playmaker and letting him operate with giving Boston more room on the wing. They should kill on the offensive glass, getting some free points there. Notre Dame should hit threes. That's how we get the over. Please, for the love of God, look like a real basketball team today. I don't ask for much. I ask for a more modern offense and that.

Reasoning: Cincinnati is a bit overvalued right now. Even in the win against Furman they didn't look right. They get lost defensively and really can't guard the paint. They are actually one of the worst defenses inside the 3pt line right now, weird to say about Cincinnati. I know Tennessee has played just one game, but they have a ton of depth and actually have talent. Plus, Rick Barnes is a great regular season coach. Not so much in March. Vescovi is the key to this team though. I know they have the 5-stars. I know John Fulkerson has been there for 12 years. I know Yves Pons had that picture where he looks like a monster after lifting weights. But Vescovi's development into taking care of the ball and knowing when to attack started to grow last year. That's the key.

Game is at 2pm at TCU

Reasoning: Three main reasons here. 1) Texas A&M is second in the country at getting to the free throw line. That matters in a game where two teams rely on their defense. With that they are a 71% free throw shooting team. That's good enough for me to back them here. 2) They will get free points on the offensive glass. Sort of a staple under Buzz Williams. Teams that crash. They rank 26th nationally in offensive rebounding percentage while TCU is just 112th in defensive rebounding. 3) Steals. A&M thrives on turning teams over, specifically in steals. They 29th in the country in steal percentage while TCU actually turns it over via a steal a decent amount. Getting those free points in a game between similar teams? Give me that.

Game is at 3pm at Wichita State

Reasoning: One of my favorite teams in the country here. Oklahoma State is damn good. I know their predictive rank is 55th, I think they are a top-40 team. Cade Cunningham is the best basketball player in the country this year. They also have secondary scoring with Isaac Likekele, who was their go-to scorer last year. Specific to this game though? Wichita State can't guard the 3pt line both from attempts and percentage standpoint and they can't rebound. Not a great combo. Those are two things I tend to look at in terms of betting stats. Wichita State is 229th in 3PA/FGA, 226th in defensive 3pt% and 272nd in defensive rebounding percentage. That's gross. That's how you get a cover and an over. Just make shots, that simple.

Game is at 6pm at BYU

Reasoning: Timmy Allen might be the best player in college basketball that nobody talks about. Love what he does from the wing spot for Utah. Also, not sure why this line is Utah +2. I'm not worried about home court, even in this rivalry game. That's just something I'm not considering this year. Utah is predicted to win by 2 on KenPom. They have a better predictive ranking on TeamRankings. Not to mention, even in a small sample size, their defense is set to take away what BYU does. BYU turns it over a ton, Utah forces turnovers. BYU lives at the 3pt line. Utah's defense is 14th in the country in defensive 3pt percentage.

Game is at 8pm at Missouri

Reasoning: I don't care if this is a trap line. I just don't. Illinois is the 3rd best team in the country. They have experience. This shouldn't bet a let down game after kicking Duke's ass. This is still a rivalry game. Kofi Cockburn can actually play in this game too. He's had a bit of bad luck with Duke/Baylor, just teams that he doesn't match up well with defensively. This game he can defend Jeremiah Tillmon and more importantly can get Tilmon in foul trouble.

Game is at 9pm at Pepperdine

Reasoning: We are fading Mark Gottfried baby. Also the fact Pepperdine is just good. They are a top-100 team in the country. They have one of the best guards in Colbey Ross. They have a potential pro in Kessler Edwards. But the main reason here? Northridge is 334th nationally in defense. Pepperdine is a top-75 offense. That's way too much of a mismatch. Buy on Pepperdine, fade Gottfried.