Welcome back #ReagsReaders. Tough day yesterday for me. I'm man enough to admit I don't care for losing to Notre Dame and going 1-4. Talked about Kentucky enough yesterday. All I'll say is the person who sent this comment at this exact moment was the meanest thing I'v ever seen 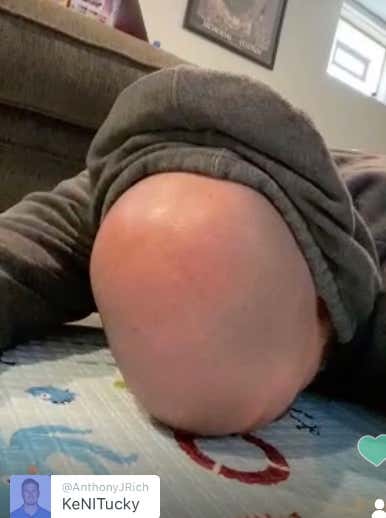 Speaking of hyperbole, this is not. Missouri/Illinois was an AWESOME game. We saw Ayo going off. We saw Missouri answering pretty much every time. But more importantly, we saw the biggest problem in college basketball. Refs refuse to get the fuck out of the way of the game. There were obnoxious offensive foul calls. There were touch fouls that didn't need to be called. Then there was one of the worst calls of all time, which flat out decided the game:

I'm not joking when I say every single one of those refs should be fired on the spot and never allowed to work a Division I Basketball game ever again. It's that egregious. Why? The call on the floor was a no-call. They reviewed it and switched it to a flagrant 1. How the hell do you see that, see Mitchell Smith lift Kofi's arm into his own face and call it a flagrant foul? It's a common theme across the country with refs. Each year seems to get worse and worse. The emphasis on calls makes no sense and tends to go away once we get to conference season. There's no consistency. They rely on calling a charge way too often (it's rarely the right call). I don't know how we get a correct answer here, but there needs to be a change. There needs to be more of a free flowing game instead of refs blowing the whistle at all times. No one wants to watch a free throw shooting contest when we don't have to. 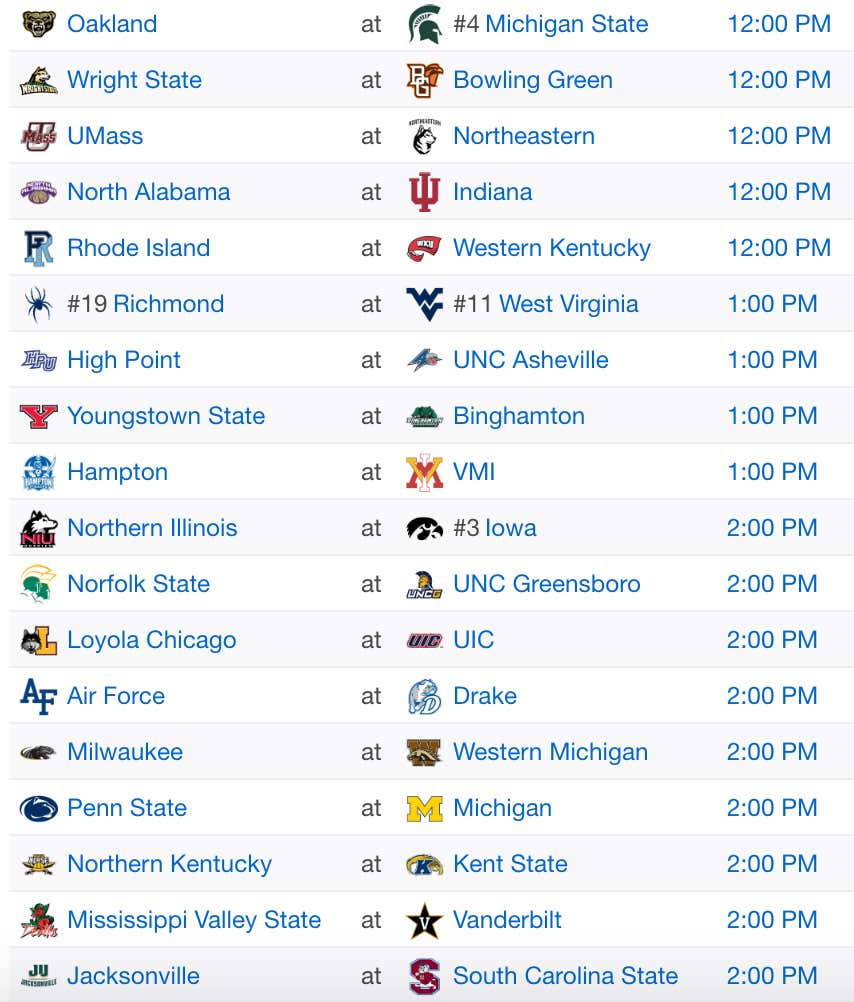 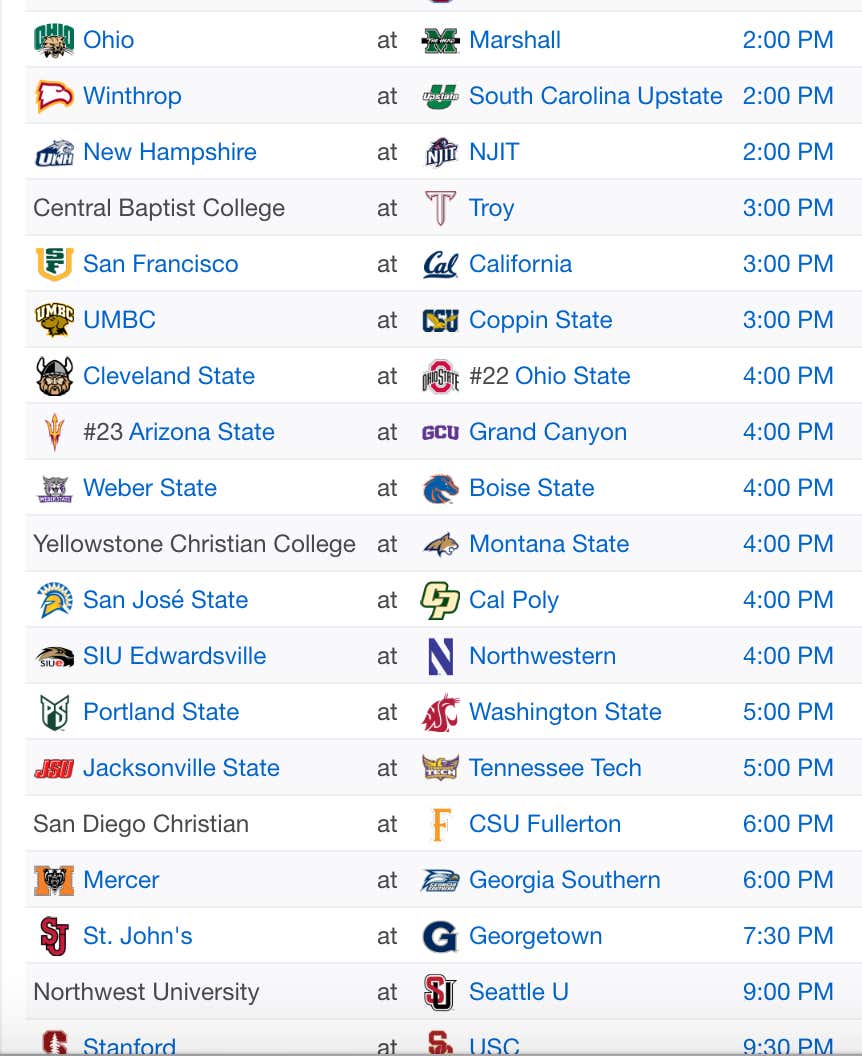 Game is at 1pm at VMI

Reasoning: It's almost impossible to not score against Hampton. They want to apply pressure and just give up open looks inside the arc. They live on taking away the 3pt line and actually do a good job of that. But they rank 292nd nationally in defensive 2pt percentage and when they aren't giving up open looks they foul all the damn time. On the other side of the ball? Hampton should get us free points. They are one of the better offensive rebounding teams in the country, getting rebounds on 30% of misses. They send pretty much everyone to the glass and VMI is 256th in defensive rebounding percentage. Again, we're cheering for points here and that's how we get to 152.

Reasoning: Hmm, two elite defenses and a team that is 211th in adjusted tempo nationally? Not to mention the KenPom projected score is at 144. We'll ride the algorithm here from KenPom and take the under. This is by far the best game of the day today and I'm curious to see how Richmond attacks WVU. Teams have been getting big Oscar in foul trouble and Richmond can sort of do that by spreading you out with their Princeton-style motion offense. If they don't force turnovers, they run that in the halfcourt with a bunch of relocations and look to kick after a cut. WVU should slow it down offensively and try to get the ball in the post to Culver, even run some hi-lo sets. The biggest development for WVU this year (besides Miles McBride) is the fact that they aren't fouling. WVU teams of the past would dare refs to call a foul on literally every possession. This year they are just 60th in the country in FTA/FGA defensively. Expect a slower paced game trying to take advantage of mismatches and we're okay here.

Game is at 2pm at Marshall

Reasoning: Two of the best players who deserve to be talked about more are palying in this game. Jason Preston, the lead guard from Ohio and Taevion Kinsley, a wing from Marshall. So why are we on Marshall here? Both teams love to fly around and play uptempo, Marshall has the D'Antoni system of layups and threes. The main reason is they take away what Ohio does best. Ohio is a great offensive rebounding team, Marshall is a better defensive rebounding team. Ohio is 15th in the country in 2pt percentage, Marshall is 12th in the country in defensive 2pt percentage. Then there's the free throw line. Ohio is one of the worst FT shooting teams in the country while Marshall is 58th nationally. Toss all that together and that's how we get a cover. We're getting a couple free points too based on KenPom, who has this as a 5 point game.

Game is at 2pm at Michigan

Reasoning: Would you believe Michigan has the 7th best offense in the country? Because they do. Gone is the John Beilein 2-guard motion offense and in is Juwan Howard's more NBA style offense. There's no right or wrong, just that the tempo has drastically increased and we're seeing it pay off with this team. Yeah, they lost Austin Davis to injury, but they still should have their way with Penn State inside. PSU ranks just 230th in defensive 2pt percentage. Penn State also fouls a ton. That gets us some looks of a decent team at the FT line - Michigan is shooting 75% from the line as a team. On the other side, Penn State has played a faster tempo under interim head coach Jim Ferry and shooting way more threes. They rank 44th in the country in 3PA/FGA and shooting it at a clip of 37.8% as a team. Not too shabby. This could be a big game though for 7'1" freshman Hunter Dickinson. Penn State doesn't play anyone over 6'8" and Dickinson moves well enough to be out there. Don't be surprised to see him get a lot of touches early.

Game is at 3pm at Coppin State

Reasoning: Juan Dixon actually is getting something out of these guys and a lot of that has to do with Anthony Tarke who played at NJIT and UTEP. Hell, Coppin State is coming off a win over UNC-Greensboro, a legit top-100 team and one of the best midmajors in the country. It's tough to get ready to play a team like Coppin State. They are reliant or forcing turnovers (26th in the country) but unlike similar teams, they don't turn the ball over offensively. That's unique. They also have an adjusted tempo of the 4th fastest uptempo team in the country. They can make up deficits and we're just getting within 8 here. But really it comes down to Tarke. He's the best player on the court.