Welcome back #ReagsReaders. We tok yesterday off strictly because we didn't like much on the board. I do want to talk about Marquette/Creighton for a second though. That was the game of the day and we saw another top-10 upset with Marquette beating Creighton. That said, I'm not concerned about Creighton long term. They aren't shooting the ball that well right now. That'll change. Their two losses have come due to shitty free throw shooting, which is just bizarre. Marquette is damn impressive though. I think they are solidifying themselves as a top-40 team nationally despite losing Markus Howard. That's because there's now a better defensive strategy and they brought in McDonald's All-American Dawson Garcia. Pairing him with Theo John, Koby McEwen, Greg Elliot, Theo John, etc, gives them a cleaner look defensively. 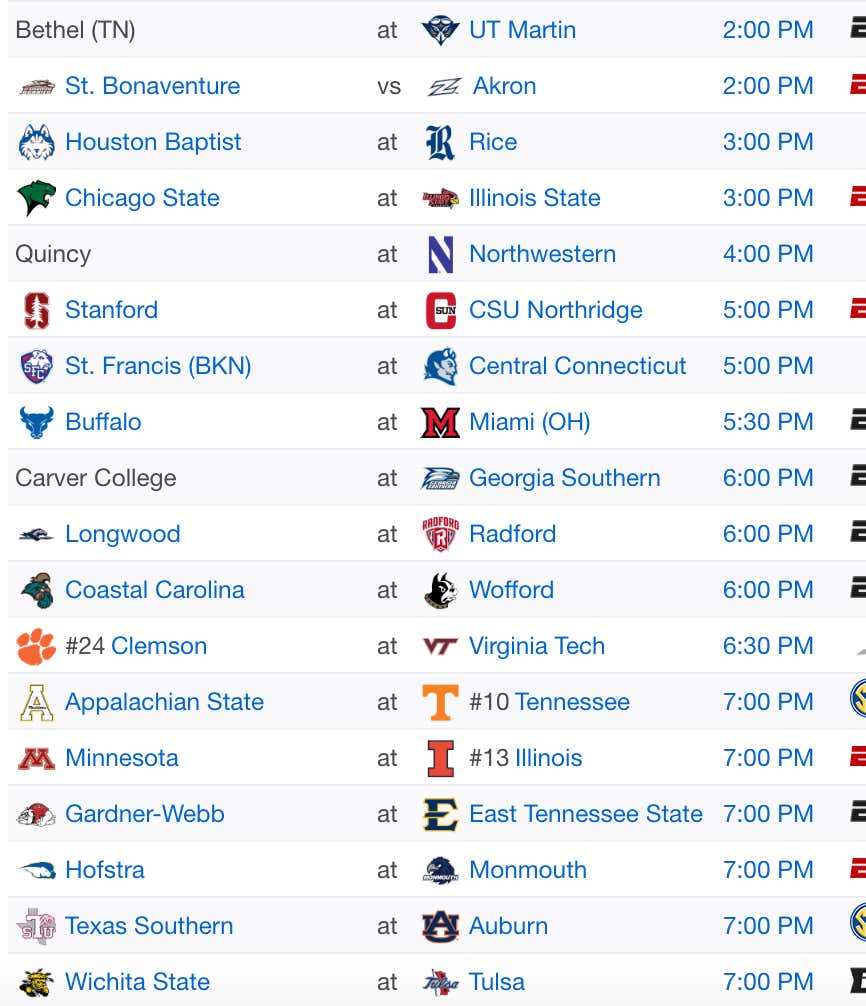 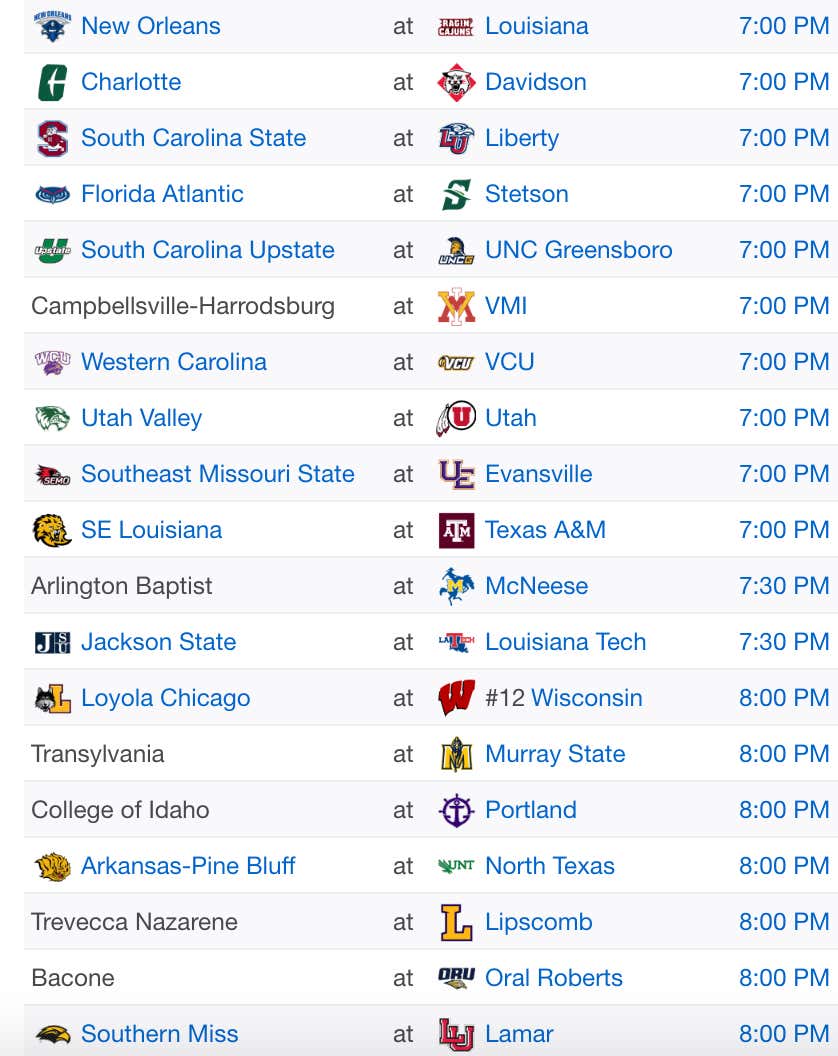 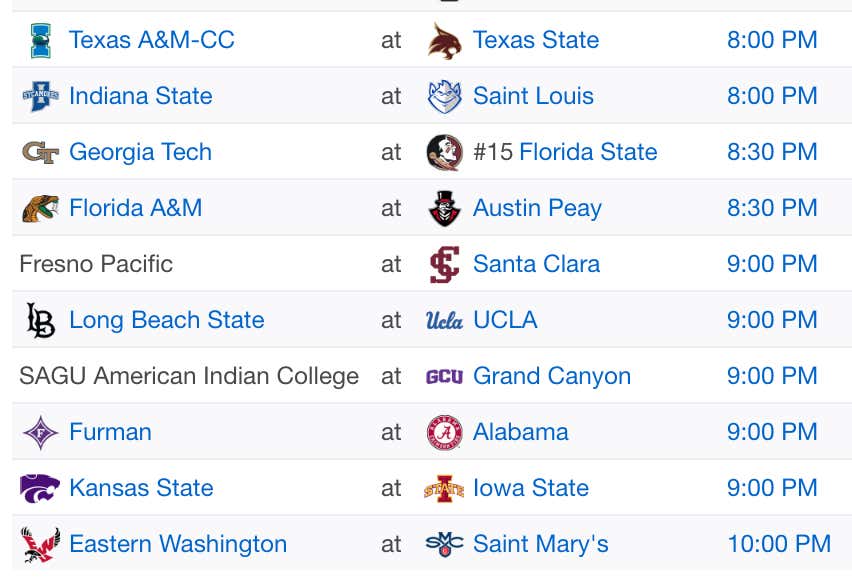 Game is at 6pm at Wofford

Reasoning: I know Cliff Ellis is the head coach at Coastal and he's known for throwing all these different junk zone defenses. But, uh, they've been pretty terrible for the last season-plus now. You can't do that against Wofford. They still lead the nation in most 3-point attempts per shot attempt. Coastal will gamble and foul. Again, you can't do this against Wofford. Storm Murphy is too experienced and too good to do that. I even like DeVante Jones from Coastal. He's an All-Conference player. But I don't think that's enough in this game, especially when Coastal relies on getting to the free throw line.

Game is at 6:30pm at Virginia Tech

Reasoning: Clemson is good. Yep I answered my own headline. They remind me of Rutgers in a way. They have a star in Aamir Sims. They defend their ass off and they have enough scoring. More importantly they don't really let off the throat. They did that against Maryland it was impressive, even if Maryland's offense sucks. Here's what you need to know about Clemson's defense from a stats standpoint. They rank 2nd in DRtg. They rank 6th in effective field goal percentage, 12th in turnover percentage, 68th in 3PA/FGA and 37th in defensive 3pt%. I'll ride with that every day, even on the road. I'm not that worried about small road favorites this year yet. They even match up incredibly well against Virginia Tech.

Game is at 7pm at Tennessee

Reasoning: This is a bit of a lower number but we're getting it at a decent number. App State's offense isn't uh great to say the least. They want to launch threes and crash the offensive glass. They are an average rebounding team though and only shooting it at 32.5%. On the flip side, Tennessee - and it pains me to say this - is awesome defensively. They get after you, challenge shots and rebound the ball. My fear is App State is turnover prone and Tennessee gets free points there. But the tempo is slow for both teams. Both rank below 250 in adjusted tempo. Tennessee hasn't figured offense out yet, 310th in effective field goal percentage. Neither team fouls either - both rank in the top-7 nationally in not fouling.

Game is at 7pm at Illinois

Reasoning: Listen, I'm all aboard the Illinois bandwagon. I think they are the best team in the Big 10. I think they figure it out. but right now they are struggling on ball screens defensively. You know who you can't do that against? Marcus Carr. He's a damn good scorer and awesome at getting into the paint to break down the defense. Along with that they have Liam Robbins, a Drake transfer and 7-footer to finish at the rim. We're seeing Minnesota get to the line a ton and shoot it well. That's how you get inside the number, especially when Illinois is a below average shooting team from the line.

Game is at 7pm at VCU

Reasoning: Sort of the perfect blend for me to take an over here. VCU is flying all around the court again. They want to press, force turnovers and push tempo. They have a lead guard in Bones Hyland, who I'm a big fan of. He's hit plenty of big shots and can really just go get a bucket. At the same time WCU is BAD defensively. That bodes well for VCU who struggles in the halfcourt. Get to know Mason Faulkner too, the PG for WCU. He's awesome. He should be able to handle VCU's press and Prosser's team looks to get open threes. We'll take those combos with tempo for the over.