Welcome back #ReagsReaders. We finally got right yesterday with a 4-2 day after a BAD weekend. It happens. Marathon, not a sprint. Speaking of bad weekends, let's check in on Duke. Oh, Jalen Johnson is now out indefinitely with a foot injury. To sum it up in one word - YIKES. Yes, Johnson was struggling a bit offensively the last couple of games, but he's their best player. His ability to protect the rim and spread out the offense is key. Especially the case considering Duke really struggles putting out a lineup with any sort of balance on offense/defense. They have almost two different lineups and now you're really losing the one guy who could play both sides of the ball. So where do they go now? More on that later. 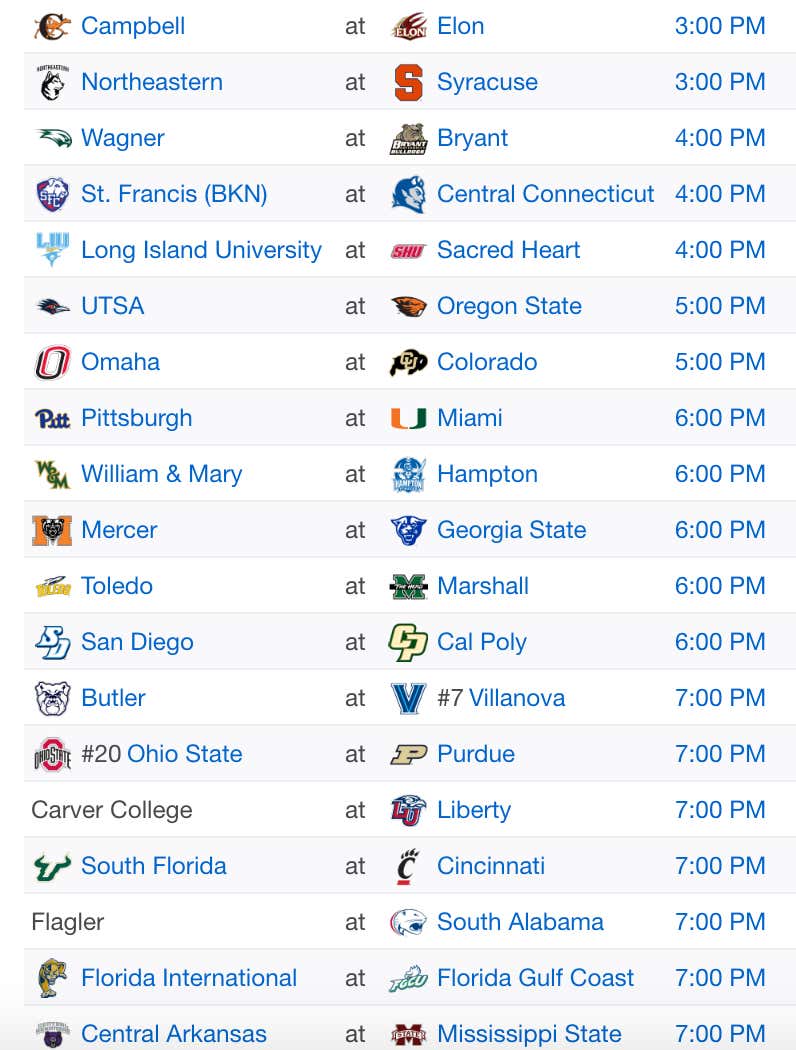 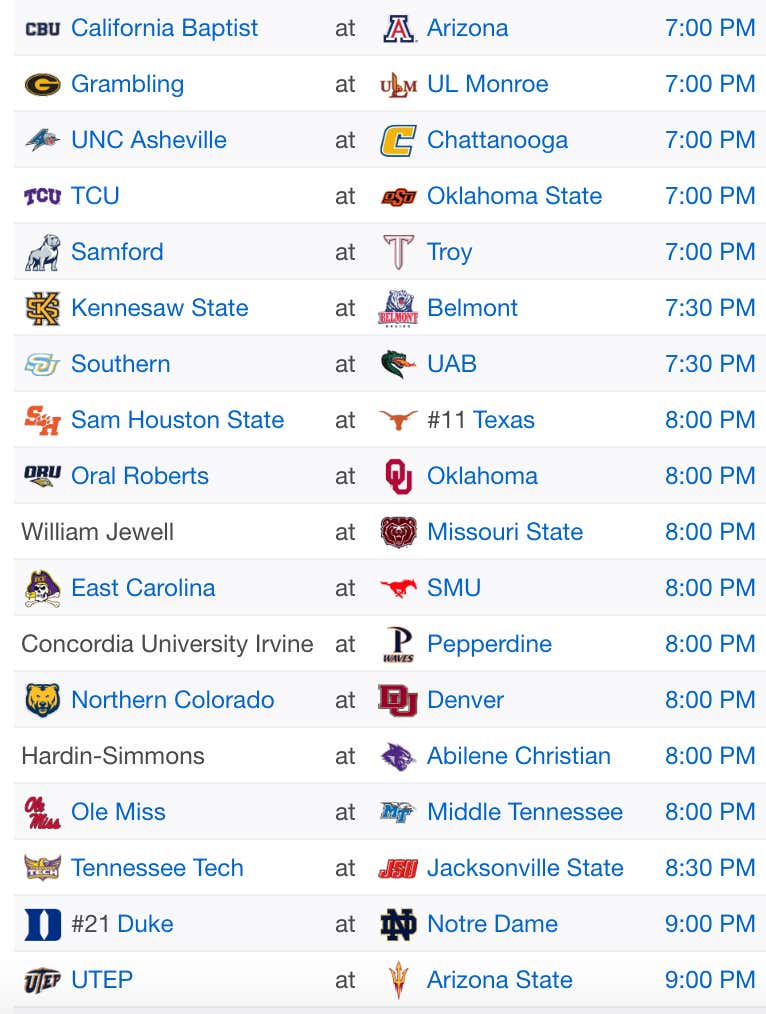 Game is at 6pm at Miami

Six healthy players for Miami against a Pitt team that has one of the hottest players in the country. I don't care how good Isaiah Wong is and he's awesome. That's tough to overcome even just for one game. Like I said, Justin Champaigne is one of the hottest players in the country right now. His last two games were both 20/20 games, one of which came against Northwestern. Pitt also plays one of the faster adjusted tempos in the country, so expect that to only go up trying to tire out a team with six players. Throw in that Pitt is 87th in the country at getting to the free throw line and foul trouble is a real concern, even if Miami is 3rd in not fouling.

Game is at 6pm at Hampton

Reasoning: One of the first things I look at is where KenPom has the game. He has this at 151. That's a sign of me liking the over. Throw in that we're due to hit a Hampton over here and this feels like the game for two reasons. One, William & Mary is pretty good offensively. They are incredibly efficient and shoot 38.1% from three. In a game where we should get a decent amount of possessions due to Hampton's gambling style defensively, that matters. On the flip side W&M is BAD defensively. That's huge for a bad Hampton offense that guns and crashes the glass. We should get some free points on putbacks for Hampton since W&M struggles rebounding.

Game is at 7pm at Purdue

Reasoning: I'm playing Purdue strictly for the fact that Ohio State doesn't have its leading scorer in EJ Lidell. This isn't as HUGE as a loss as some other teams due to the balance and Chris Holtmann, but Purdue always seems to have one of these sort of games at home where they just kick someone's ass early. Purdue also takes away Ohio State's strength of offensive rebounding as they are a great defensive rebounding team. On the other side of the glass, that's a huge advantage for Purdue as well, thanks to Edey and Williams while OSU struggles rebounding. Both teams are similar from the 3pt line except Ohio State is letting teams shoot 40% from there. Purdue has enough shooters and they owe us after that disaster at Miami.

Game is at 8pm at Texas

Reasoning: Sam Houston State is playing its second game already this week after losing at LSU on Monday. It doesn't matter though because they want to fly around the court. They give up a ton of looks from three and while Texas can actually shoot this year, they should dominate at the rim. Honestly, they should score quite efficiently today. It also doesn't matter who they play, Texas is aggressive and fouls a ton. That's the ONE thing Sam Houston State does well offensively - get to the line. I know Texas defense is good and they protect the rim. But if we can get 60 points from Sam Houston State, it feels like a win. This is also a game where Greg Brown can go for 20. Sam Houston has no one that can guard that athleticism and size.

Game is at 9pm at Notre Dame

Reasoning: First game for Duke without Jalen Johnson. How the hell do they line up against Notre Dame? A team that can just stretch you out, play 5-out or 4-out, 1-in with Juwan Durham. It's going to be interesting. Mike Brey also knows how to coach against K, he spent enough time on his bench and going against him in the ACC. I really want to see what Duke does without Johnson. Against Illinois they started Mark Williams and only played him 7 minutes to try and play against Kofi. Do they go small and bring Jeremy Roach with Hurt, Moore, Steward and Goldwire? Do they start Joey Baker? Either way it's going to be a weird look for a team that is playing game 1 without its best player. Throw in the fact Notre Dame can get hot, playing with confidence after Kentucky and experience.

Game is at 9pm at Tulane

Reasoning: Tulane is one of the slowest teams in the country, sucks at offense and is shockingly decent on defense. Ron Hunter loves to run a 1-2-2 press to waste time and then sag back to a 2-3 matchup zone. That can give Memphis some fits. Memphis is shooting just 30% from three this year. At the same time, Memphis ranks 13th in AdjD. They protect the rim, they push tempo and really get aggressive on ball handlers. Yes, they want to play fast on offense, but if Tulane can get that zone set up, Memphis will have to waste time.