Welcome back #ReagsReaders. Some brutal beats yesterday to end up 2-3-1. I'll still never forgive Tulane for fouling 8 times the last 2:10 of the game against Memphis. No idea how that game went over when there were 40 points scored the first 14 minutes of the game. But as I always say, it's a marathon and not a sprint. Gotta start taking advantage of teams coming out of quarantine, etc. Speaking of collapses last night was a BAD loss for Oklahoma State. I love watching them play with Cade Cunningham and this uptempo style. But you can't give up a 9-0 run at home to lose to TCU. I know Oklahoma State is currently ineligible for the NCAA Tournament, but there are rumors they are appealing. You have to win games like this, especially when I think they are a top-40 team. I don't think they can win the Big 12 clearly, but they are a middle of the pack team in a loaded conference. 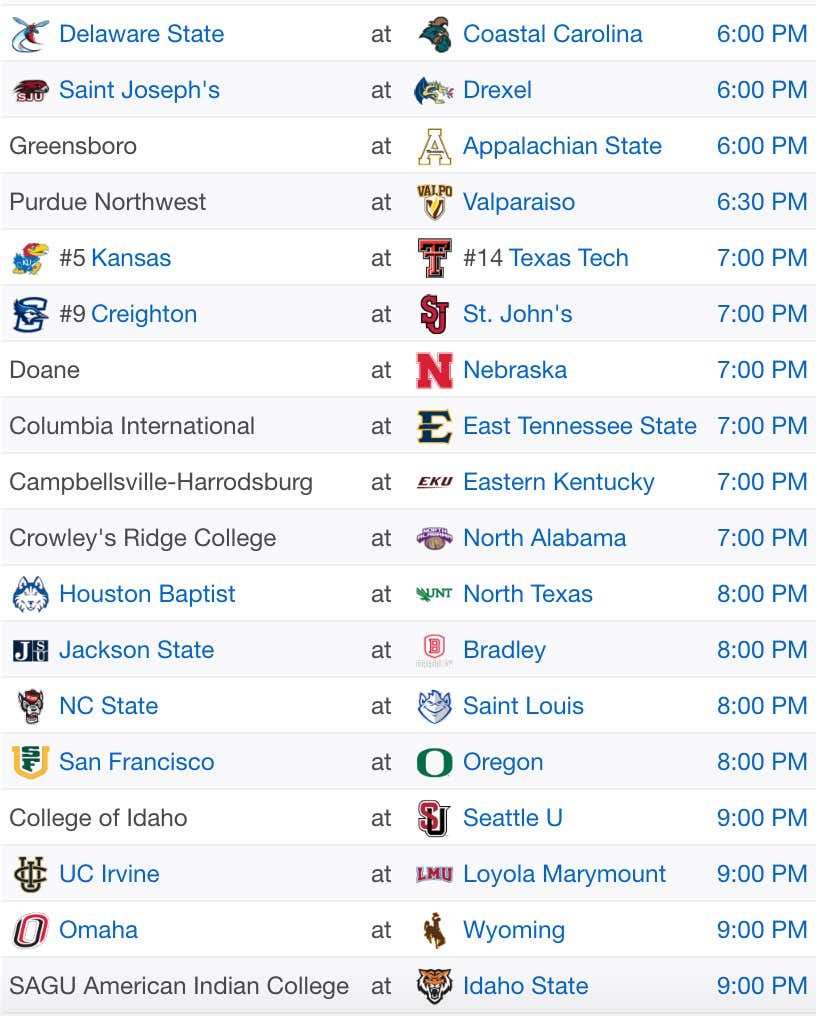 Reasoning: This is all about a bounce back here. Creighton lost to Marquette earlier this week and now they get a favorable opponent. St. John's really struggles defending the 3pt line. They are 221st in 3PA/FGA and are letting teams shoot 37.6% from three (250th in the country). Uhh, we're still talking about Creighton here. They haven't even shot the ball THAT well and they still are shooting it at 37.5% from three. You can't give Mitch Ballock and Zegarowski that many looks. At the same time, St. John's thrives on forcing turnovers defensively and getting points there. Creighton is 9th in the country at taking care of the ball. They should have no problem getting clean looks and they should get up early. Again, this just feels like a prime bounceback spot.

Reasoning: This is one of those games that really would have changed my mind having Tech's ridiculous fanbase there. I also can't believe we're getting a top-10 conference game right now, but this is college hoops in 2020. It's awesome. Now the main reason I'm going with Kansas? Tech hasn't really played anyone since Houston. They've play 4 straight sub-100 teams and struggled with Abilene Christian, the best of the group. I love Chris Beard but giving Self points here seems like a trap I'm willing to take. Kansas is starting to adapt to small ball and using McCormack not nearly as much, which is smart. The development of Jalen Wilson is huge here, especially against Tech's defensive strategy of taking away middle. We've already seen Kansas win ugly too against Kentucky. That sort of game should happen here. I also trust Garrett and Agbaji to really bother Tech's guards. That takes away their biggest advantage of the 3 guard look.

Game is at 9pm at Marquette

Reasoning: I wanted to take Seton Hall here with Marquette letdown spot after the Creighton win, but I'm buying more and more into this Marquette team. Neither team plays super fast, but both teams are efficient and that matters in this sort of game. Plus, I'm expecting a close game which means fouls at the end and both teams shoot over 70% from the FT line. The other key here is both teams are shooting the ball well. They are both top-105 nationally in 3pt percentage and top-85 in effective field goal percentage. These teams do like to run when they can, but they won't push it. That should limit careless turnovers.

Game is at 9pm at Loyola

Reasoning: I'm buying low on Irvine here. This is too good of a mid-major to keep losing these games. Their two wins are against non-Division I teams. Typically they defend the hell out of the paint under Russell Turner and I expect that to come true at some point here. If Irvine can get Loyola in any sort of foul trouble they are going to win this game. Irvine currently leads the nation in bench minutes played, Loyola has a short bench. This is what they need to do today. Both teams like to push tempo defensively but slow it down offensively. They are mirror in that sense.

Game is at 9pm at Wyoming

Reasoning: This is strictly a fade Omaha play. They are bad. They are also coming off of zero days rest since they played at Colorado yesterday and had to travel to Wyoming for this game. The legs should go in the second half. Wyoming's offense is actually good too. They rank 26th in effective field goal percentage, so scoring should not be a problem. I also don't trust Omaha to score. They are 277th in offense and 302nd in effective field goal percentage. They rank sub-175 in every single offensive category where Wyoming is decent at guarding inside the arc. Again, this is strictly a fade Omaha play.