Welcome back #ReagsReaders and holy shit what a slate today. Seriously this is an unbelievably loaded day from Iowa/Gonzaga to conference games to the Champions Classic to the Crossroads Classic and everything else. Don't need to get off our asses one second today once these games start. Took yesterday off after a 3-2 day on Thursday since there really wasn't anything I liked at all. BYU went to San Diego State and got a hell of a win. The Aztecs are legit and BYU went in and kicked their ass in the first half before almost collapsing before ending the game on an 11-2 run. WVU nearly lost to Iowa State and it's still so weird that Iowa State just isn't good. They are a program I expect to always be fine. Not great, but fine. They aren't. It makes no sense how much they've underachieved the last couple of years. 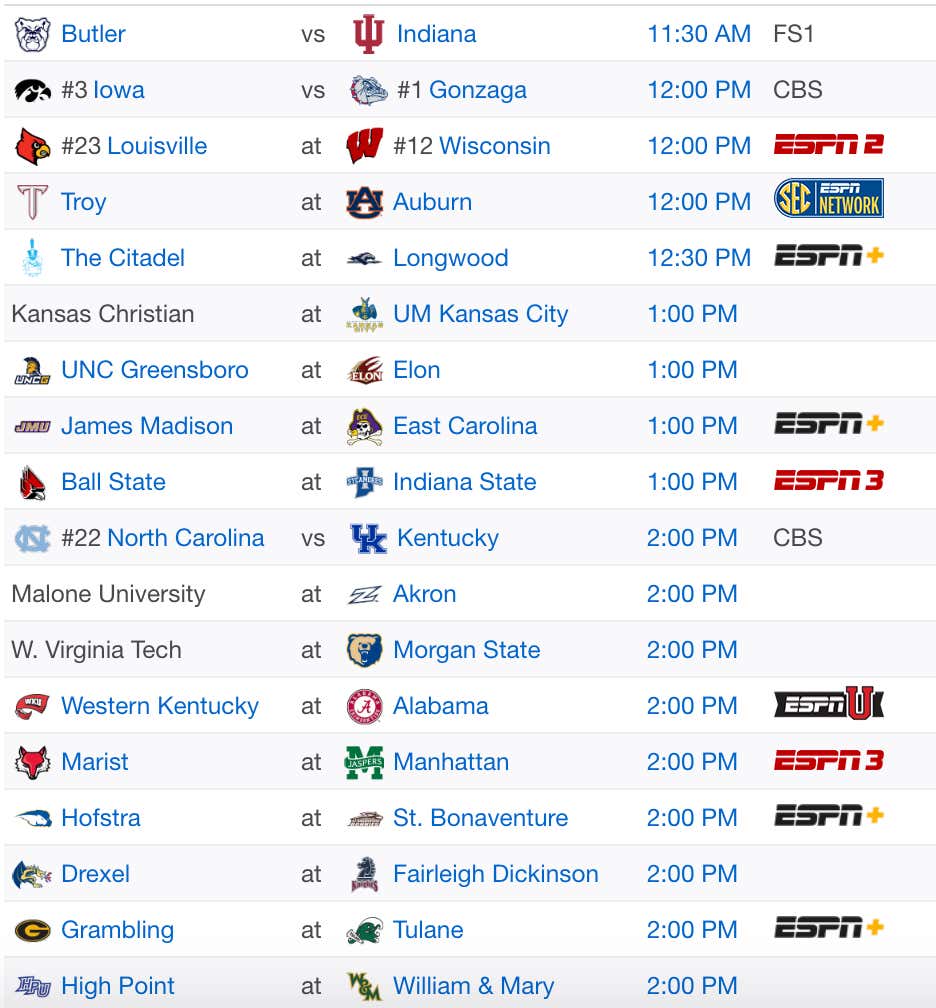 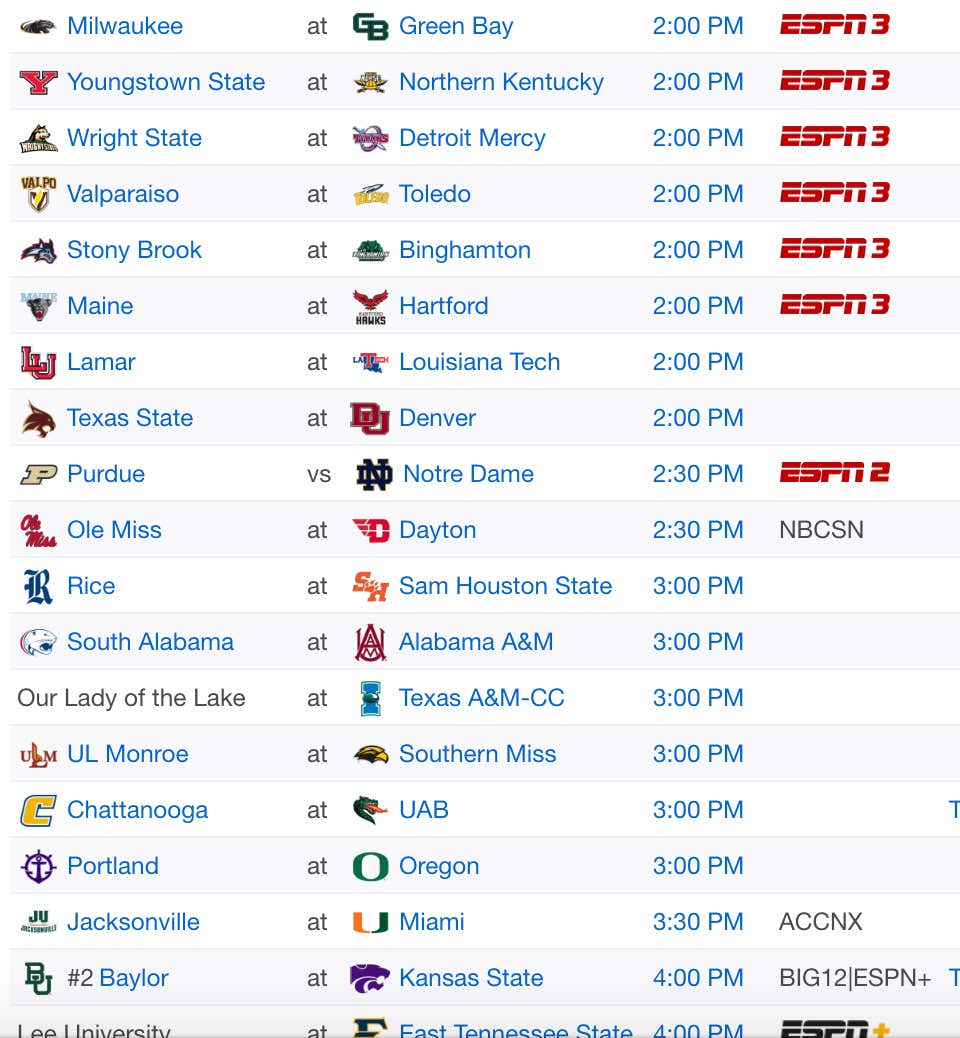 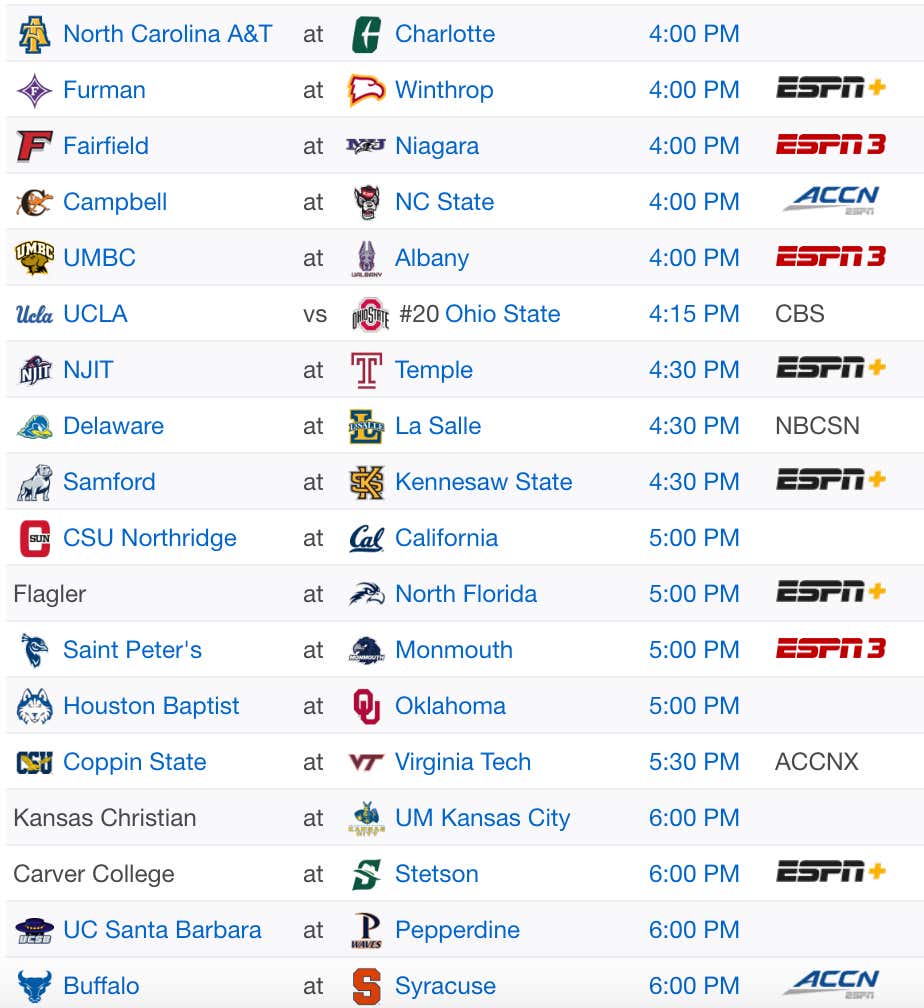 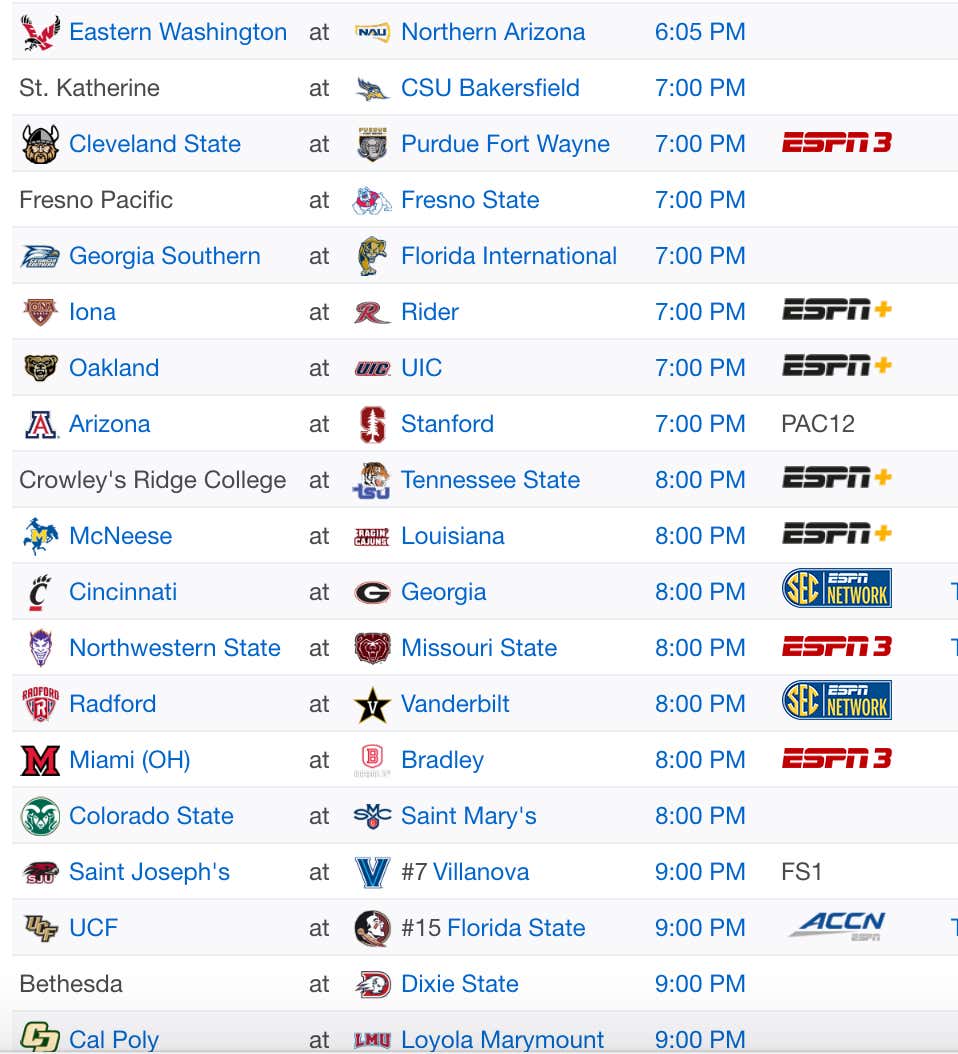 Game is at 11:30am in Indianapolis

Reasoning: Butler just isn't right. They've played just two games, been in and out of quarantine and may not have leading scorer Aaron Thompson for this. He sprained his knee against Nova earlier this week and is questionable. They also won't have ETSU transfer Bo Hodges at all this season now after being ruled academically ineligible. I've said that Indiana is the most confusing team in the country mostly because of inconsistent guard play, but they've figured it out the last 3 games, even with that close loss at FSU. They need to give Jackson-Davis more space to work in the post as them shooting just 32% is a concern. But, I'l trust the pack line defense against a Butler team that can't shoot and might be without Thompson.

Game is at 2 in South Dakota

Reasoning: Fuck it! We're cheering for points. Yeah, I know Gonzaga was 'shut down' for 2 weeks but I'm not that worried. The fact is Iowa still can't defend. They have to run that 2-3 zone because Garza struggles in man. But here's the problem with that zone. The way they run it and rotate, Garza still has to rotate out to the wing. That's where they get destroyed because he's closing out against a wing. I'll take Kispert and Ayayi in that matchup every time. I don't care that Gonzaga isn't shooting the ball well from three, there's no better team in the country at getting into transition. Throw in that Gonzaga doesn't really defend the three GREAT and Iowa can shoot the shit out of the ball and we're cooking here. Another thing to watch, whether Iowa is in their man or zone, they aren't a good defensive rebounding team. That's especially true if they are in zone because Garza gets pushed out and opens up that interior. Gonzaga is an AWESOME offensive rebounding team. Bonus points. In my headline I talk about the key player not being a household name yet. That's Corey Kispert. He's somehow not talked about NEARLY enough as he should. He's an All-American. He's really the key to Gonzaga. Yes, Jalen Suggs is the most talented player. Drew Timme got all the preseason awards. Kispert's ability to play the 3 or 4, knockdown shots and has become a much better rebounder is the key to Gonzaga. Kispert is what makes Gonzaga go.

Game is at Noon at Wisconsin

Reasoning: Was really hoping to get this at 4, we'll jump on it at 5.5 still. Louisville is going to be short-handed in this game. Chris Mack said they'll likely have 8 scholarship players and it could be, uh, not great. Beyond that, Wisconsin is not a great matchup for Louisville. The Cardinals are reliant on getting in the paint, whether it's Carlik Jones breaking down a defense or getting the ball to someone like Dre Davis or Samuel Williamson. Wisconsin ranks 15th in defensive 2pt percentage. They dare you to beat them from three. They also are a good defensive rebounding team, which should counter Louisville's ability to crash the offensive glass. I just trust a team like Wisconsin at home, who doesn't turn the ball over. They'll get in their offensive sets, even against the pack line or any sort of press Mack puts in. Give me Wisconsin's shooting to get to the number. 39.7% from three, 75% from the FT line. That should do it.

Reasoning: You want me to say it? Fine, I'll say it. This Kentucky team is awful right now. Their offense is a mess. Granted, they are finally doing the smart thing and putting Terrence Clarke as the lead guard and playing Mintz and Askew off of him as secondary ball handlers. Now the problem is they are still playing Isaiah Jackson and Olivier Sarr together instead of going with just one of them and trying to spread out the paint. At the same time, UNC plays a bunch of bigs and have depth at the big spot. So expect a lot of ugly offense and crashing the offensive glass from both teams. I don't trust either team's guards. They will get to the line, but both teams shoot under 70% there. Both teams shoot under 27% from three. Yep, UNDER 27% from three. We'll take the under and I'll be pissed at 4. Can't wait!

Reasoning: Yep, everyone can't stop talking about Ole Miss' defense and rightfully so. They haven't let a team score more than 58 points in 4 games. Pretty damn impressive. BUT, we're taking the over here. Ole Miss should get a ton of free points. Dayton is one of the most turnover prone teams in the country while Ole Miss is 4th in the nation at forcing turnovers. More specifically Ole Miss is 28th in the country in steal percentage. Those live ball turnovers matter in a game like this. Dayton also struggles big time at grabbing defensive rebounds and Ole Miss is above average there. We have to get these free points, which looks like we should. Throw in the fact it should be a close game and fouling down the stretch.

Game is at 4:15pm in Cleveland

Reasoning: Here we are again and UCLA seems to be flying under the radar after the opening night loss to San Diego State followed by a 3OT win over Pepperdine.We don't know if EJ Liddell will play for Ohio State yet, but it sounds more and more like he will. I'm still not worried about it. UCLA shockingly shoots the ball well from three, which seems weird for a Mick Cronin team. You just assume they chuck it in the paint and crash the glass.More importantly UCLA is adding depth and shooting with Johnny Juzang, the Kentucky transfer. He's played the last two games and will play today. He has good size on the wing and is a knockdown shooter. Not to mention Chris Smith might be the most underrated player in the country.

Game is at 4pm at Albany

Reasoning: It's the play we've done all year. Albany has been stuck in quarantine all season and this is their first game. We're fading teams like that, especially against a team that has played a ton of games and are a covering machine. Again, just a play that we've done all year.

Game is at 2pm at Alabama

Reasoning: Who exactly guards Charles Bassey here? I actually like Alabama and they have one of the best defenders in the country in Herb Jones, who likely draws Taveion Hollingsworth. But who do you put on Bassey? Jordan Bruner, the transfer from Yale, isn't exactly a known defender. If you go small with Alex Reese, Bassey should have a field day. You could put Jones on him, but you're still giving up size and move Petty to Hollingsworth. But it just feels like there's a mismatch someway for WKU here. WKU has also challenged themselves this year and that's something I'm starting to look at. They've played UNI, WVU, Memphis, Louisville and URI. Alabama has been flying around on offense, 4th fastest tempo on that side of the ball, but they have not been effective. WKU will protect the paint and force Alabama to beat them from three.

Game is at 6pm at Pepperdine