Welcome back #ReagsReaders. Took yesterday off due to that disgusting slate of games following a 2-2-1 day on Sunday with both losses coming at the buzzer. Thanks a lot UConn and Xavier. What a beautiful, loaded slate today though. I'll say this - the Big East is not the best conference this year, but my God is it the most fun. Every game on Sunday delivered. UConn/Creighton to OT. Xavier buzzer beater. Providence/Seton Hall with OT and some crazy plays late. Give me the Big East, where it actually is fun basketball vs some games in the 50s. I think it's pretty clear that Nova and Creighton are the top-2 teams in that conference but it's a complete logjam after that with Xavier, Marquette, Providence, UConn and Seton Hall. Butler, DePaul, Georgetown and St. John's are the bottom 4 and DePaul might not be last, if they ever play. But that middle group all look like tournament teams. 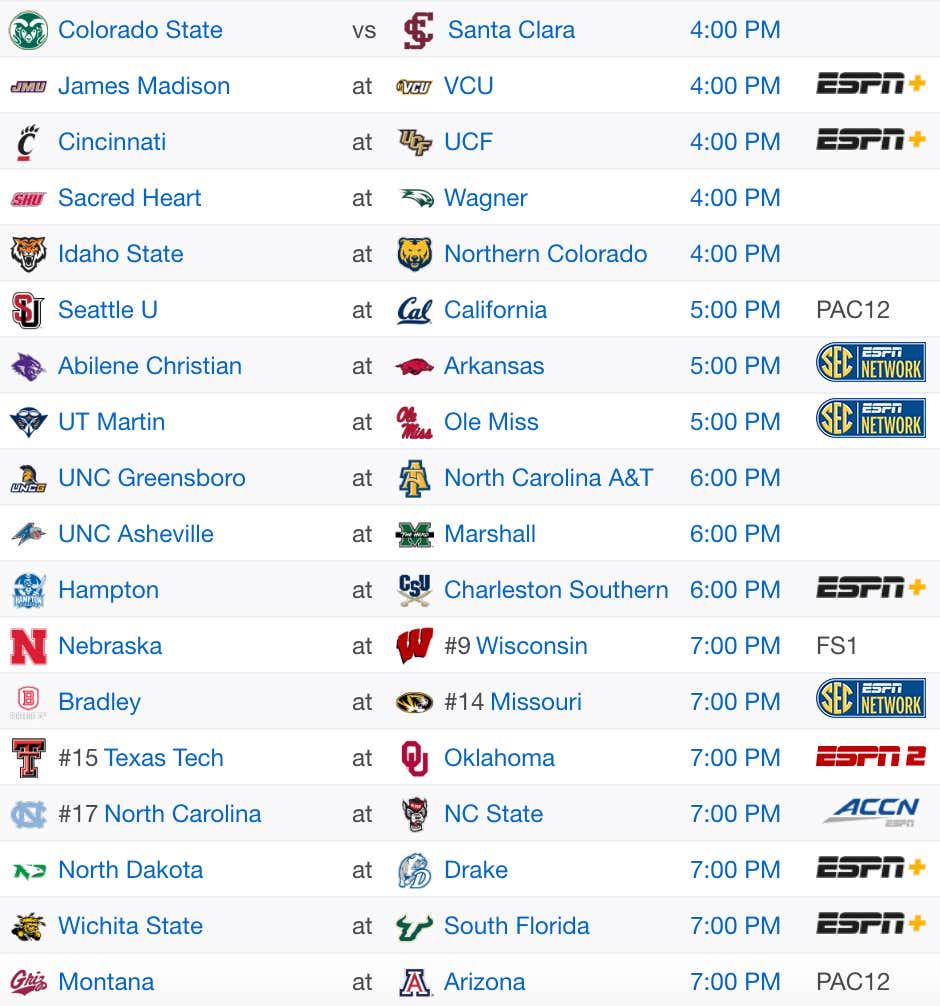 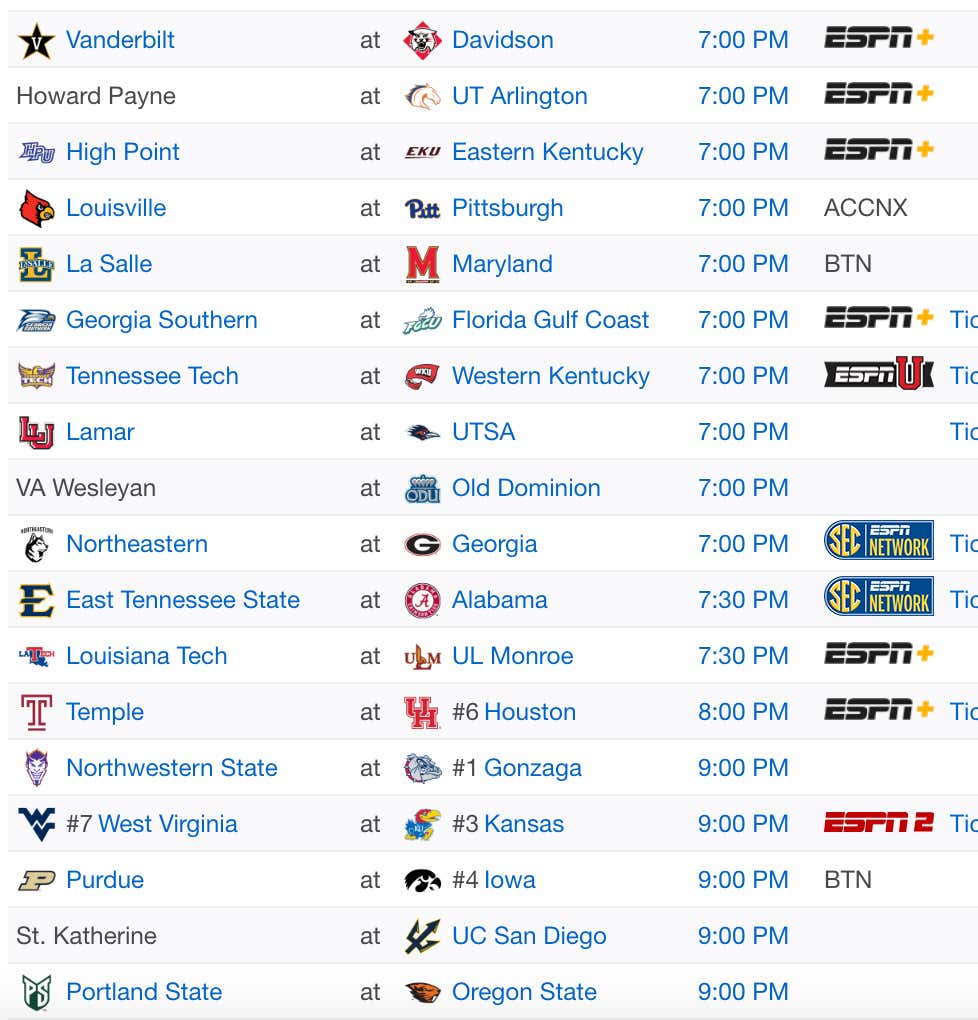 Game is at 4pm at UCF

Reasoning: I just don't trust Cincinnati's defense. I know that's wild to say, but this team is just lost defensively. They get beat off the dribble easier than we've seen from a UC team and give up layups. That's a problem with someone like Mahan and Dre Fuller. At the same time UC can take advantage on the offensive glass still, UCF ranks sub-300 in defensive rebounding. The other weird thing is UCF struggles defending inside the 3pt line. Throw in the fact that UC still fouls a ton and UCF is the 3rd best FT shooting team in the country that should help us get to that over.

Game is at 7pm at Pitt

Reasoning: This is all about a bounce back game. Louisville got their ass kicked at Wisconsin in a game they didn't have Carlik Jones. He's back today and that truly just changes everything about their team. I'm a huge fan of decent teams on a bounce back here. Throw in that Pitt doesn't have Jeff Capel either and it's a weird game for them. I also love the packline defense against Pitt. They want to play inside and get the ball to Champagnie. They aren't a good shooting team and really rely on scoring in the paint and the offensive glass. The packline should take that away.

Game is at 7pm at Oklahoma

Reasoning: Again, we're taking bounce backs here. Tech coming off that home loss to Kansas, gets a chance to go to Oklahoma. It also just comes down to the fact that Tech currently has the best defense in the country with that take away middle, ice everything baseline strategy. More importantly they can step out and take away the Manek pick and pops. That's typically where Oklahoma has an advantage but the 3 guard with guys like Peavy/Santos-Silva takes away the pop more than most teams.

Game is at 7pm at Davidson

Reasoning: Two teams that will slow down the game and hunt threes. Yes, Davidson's offense is fucking beautiful under Bob McKillop. But you're giving me 7.5 points where teams are somewhat reliant on outside of shooting? I'll take my chances. Also I love that Vandy is one of the best rebounding teams in the country. That eliminates a strength for Davidson. I also love that Vandy is the 3rd best team in the country at now fouling. Keep Davidson off the line, rebound the ball and take us to a cover. That's how we get there. They'll run the offense through Pippen but he's also a top-50 guy in assist rate nationally. He knows how to break down a defense and find an open guy. This just feel a point or two too high.

Game is at 9pm at Kansas

Reasoning: What's made Kansas figure shit out is this small ball development. That's great. It's the best way to play. But, WVU's bigs can actually defend on the perimeter which eliminates that huge advantage they typically have. Yes, I fully understand this is at Phog. Yes, I understand the lack of success at Phog (never won) since WVU joined the Big 12. But, this WVU team has a scoring guard in Miles McBride and a better offense I imagined. They still murder teams on the glass and could force Self to play McCormack, which is an advantage for WVU. Arguably the most important development for WVU though? They don't foul on defense. Gone are the days where they fouled every possession and dared refs to call it. This year they are 84th in the country in that stat. That's a huge development even if Big Oscar has been in foul trouble. Their  guards just play defense.

Game is at 9pm at Iowa

Reasoning: It's the day of bounce backs. We're playing Iowa going home after getting beat pretty good by Gonzaga. I still don't trust their defense, but I trust that offense. I would not be surprised to see Garza have a massive game today and open up the three point line. Purdue's defense will give up a ton of looks from three, but they contest them. That is a dangerous game vs Iowa, who is a hell of a shooting team. I am a bit scared that Purdue will get in the number based on offensive rebounding since Iowa is a bad defensive rebounding team due to that defense, especially when they go zone. But Purdue can get turnover prone and I really think we see an Iowa blowout here.

Game is at 7pm at Missouri

Reasoning: I love how balanced this Missouri team is. You can't just gameplan against one guy as they have 4 guys averaging over 9.6 points per game. Bradley will attempt to wall off the paint and force Missouri to throw it over top. They can do that but it's going to be ugly. What I do like is in a game like this, where there will be fouls late, Missouri is a 76% free throw shooting team. Take advantage of an ugly game at the line. They haven't shot the ball well from three, but they have the capability. Mark Smith is shooting 48% from three so look for him to get some open looks if Bradley does wall up the post.