Welcome back #ReagsReaders. I gotta admit, this setup for the schedule this year is AWESOME. We're getting conference games before Christmas in the middle of the day. Not only that but we're getting loaded slates. Keep giving me that every single year please. Yesterday was the Big 12 day. Specifically we saw the peak version of Kansas. They couldn't have played better. Actually, correction, they couldn't have shot better. Self's decision to go to small ball more than trying to play McCormack has been really the saving grace for Kansas. That was just a flat out ass kicking last night. At the same time Texas Tech showed why they are good and the fear with them. They got up double digits against Oklahoma and looked to be able to run away with the game. But then late, their offense was just dogshit. They got bailed out with the Mac McClung reverse up there and then Austin Reaves missing a bunny at the buzzer that would have forced OT.

There are two teams today that have a chance to prove they can win a national title. By that I mean, Illinois and Creighton. Illinois I explain in their blog. But Creighton, this is a team that's top-15, I think a top-10 team. They have the shooting and are winning games despite Marcus Zegarowski not really living up to the hype yet. They also are starting to get more from guys like Mahoney and Jefferson and their bench. A convincing home win over Xavier today after an OT win at UConn proves they can win these sort of games. Two completely different styles of play and they can fully win me over. 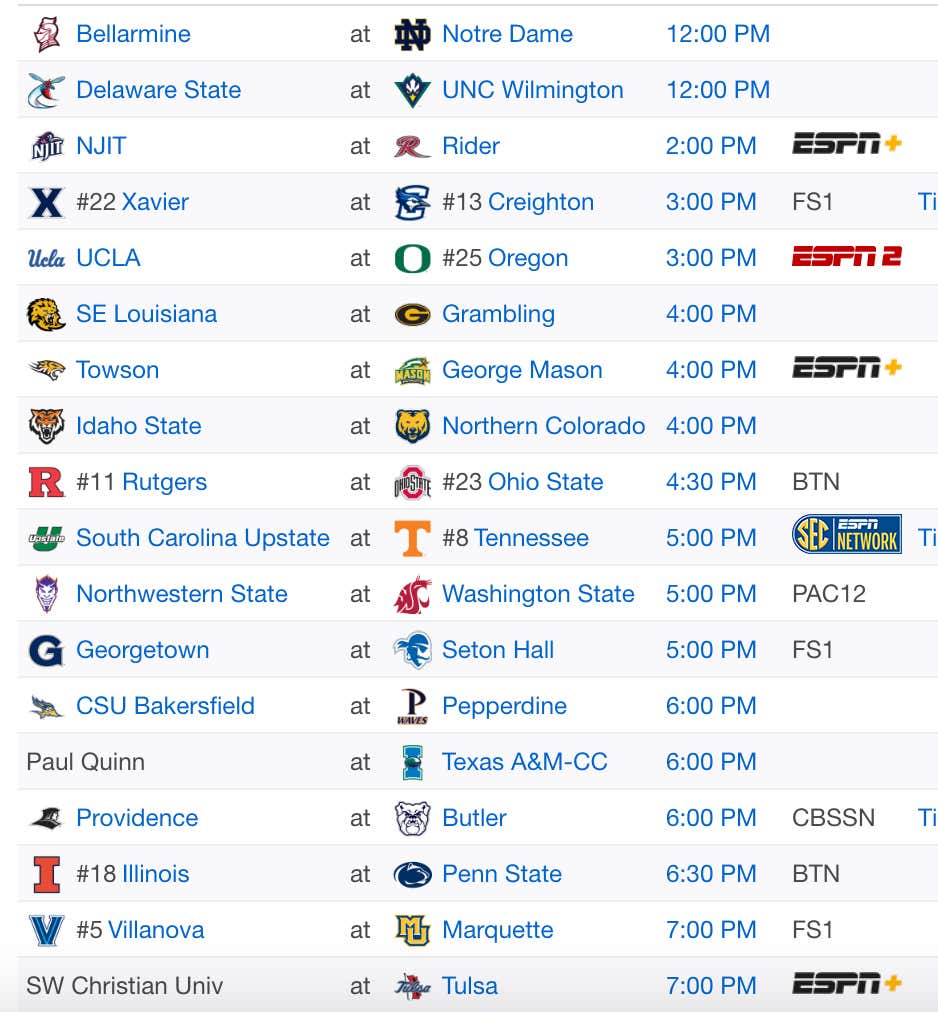 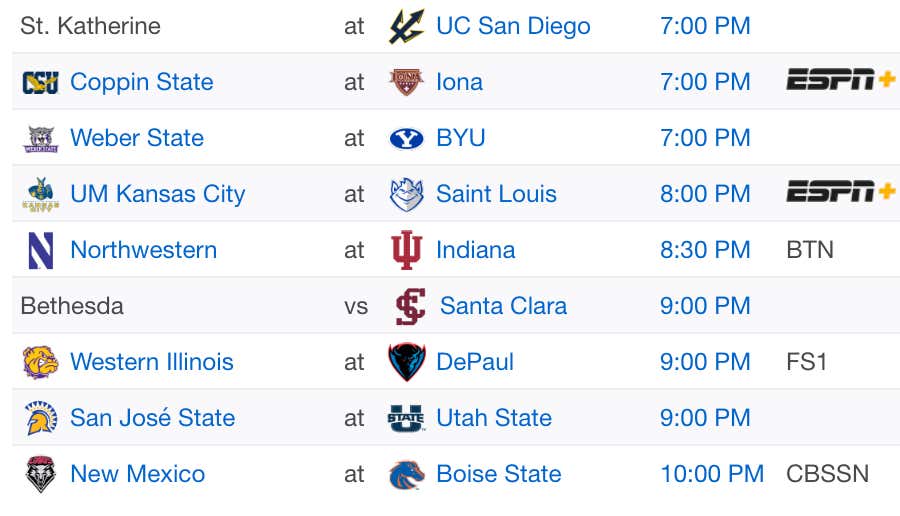 Game is at 3pm at Oregon

Reasoning: I can't get over what I saw from UCLA against Ohio State. It was just a slow game and that's how we're starting to see this team play again. They rank 341st in tempo nationally. Yes, I understand N'Faly Dante is out now with a torn ACL and we're seeing a smaller lineup from Oregon. UCLA will start grinding games out, trying to play through the post and get to the line. Neither team really fouls either. They both rank below 225 nationally in terms of 3PA/FGA. So we'll take the early start, defense in this game.

Game is at 3pm at Creighton

Reasoning: Who am I to argue when a coach in this game is basically telling me to bet the over?

You're giving me two of the top-12 teams nationally in effective field goal percentage. You're giving me two teams that are playing offense in an average of under 16 seconds each possession. You're giving me two teams that are shooting the shit out of the ball. Yeah, I'll take my chances here on the over. I'm a huge fan of this Xavier team. They are adding depth with the addition of Ben Stanley from Hamtpon and they should get Dwon Odom back for this game. But the biggest thing is they are deep, can spread you out and let Scruggs attack as the playmaker. It's his best role and we're seeing them actually use it. Creighton has been weird. They are a top-10 team for me, but they keep getting stuck in these close games. I'm still waiting for Zegarowski to have his huge game.

Reasoning: Bounce back time, Illinois. Yes, I'm a bit scared here that Kofi gets played off the court by Penn State since they just end up playing a bunch of wings and don't really have a post presence. BUT, Kofi has been on fire the last week or so. Put him in the post, try to balance it out and really hedge screens. Penn State wants to spread you out, run pick and pops, drive and kick and shoot threes. Again, the Kofi matchup is weird here. But I'm a huge fan of playing good teams on bounce backs. That's the angle we're playing here. This is the type of game a team like Illinois SHOULD win too. They have the experience. They have the talent. You don't let a loss at Rutgers and Missouri turn into another road loss against a Penn State team that's going to finish like 10th or 11th in the conference. This is a game for not only Ayo to dominate but someone like Frazier to prove his experience.

Game is at 6pm at Pepperdine

Reasoning: One of my favorite mid-major teams to back this year. We're taking Pepperdine again. Why? First, they have by far the two best players on the court in Colbey Ross and Kessler Edwards. I don't know how CSU Bakersfield scores in this game honestly. They are reliant on offensive rebounding. That's it. They grade out as horrible in every other stat. As for defense? The only thing Bakersfield really does well is force turnovers. Well, Pepperdine takes care of the ball so that cancels that out.