Welcome back #ReagsReaders. Nice little Christmas with a 3-1 day with the lone loss being the under in Michigan/Nebraska by a point. Let me say something quick about yesterday. This is why I refuse to believe Iowa as some sort of top-5 team. Yes, they can score. Yes, Luka Garza is going to win NPOY. But they can't defend you. They can't defend anyone. If they could defend anyone they beat Minnesota, that simple. If they run that 2-3 zone it's a mess because of their rotation base. They make Luka Garza try to rotate and defend a wing. You know who can't do that? Luka Garza. Man-to-man? Yeah they have no idea how to hedge or switch and just get lost. It's a mess. Having to rely on scoring 90 points isn't how you win a title. Let's move on to today. 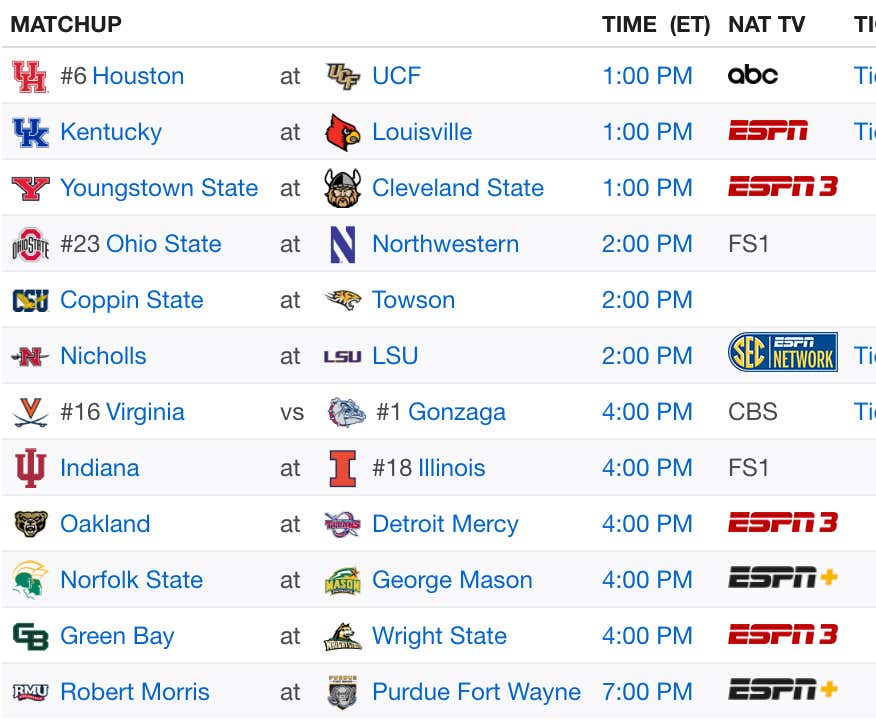 Game is at 1pm at Louisville

Reasoning: Because why the fuck not? We're buying as low on Kentucky as possible. 1-5, Cam Fletcher being asked to step away from the team, Terrence Clarke in a walking boot. It all makes for the annual win over Louisville. It happens every year. The best thing for Kentucky is playing a team like Louisville. They can't shoot the ball. They don't have experience either in this game. Not to mention Louisville fouls a decent amount. Get Kentucky some looks from the line and try to get BJ Boston going early. Now I'm going to watch this until the game tips.

Game is at 1pm at UCF

Reasoning: Yes, the tempo is going to be beyond slow. That's the style of play here. BUT, Houston is the 2nd best team in the country in offensive rebounding and UCF really struggles defensive rebounding. The other key? Both teams foul a ton. Call the game like a normal college game and we're sending two teams who shoot over 74% from the line there quite a bit. That's how a game gets to 140. Not to mention both teams have guys who can just go get buckets in Mahan and Grimes. It's kinda crazy that Grimes turned into the guy we all expected at Kansas almost immediately. He had that awesome game 1 at Kansas, transferred after his freshman year and has been so damn good the last two years at Houston.

Game is at 4pm at Ft. Worth, Texas

Reasoning: Gonna give out my first team total here and it's an over against Virginia. Why? Gonzaga is that damn good. They are going to have a mismatch, even with the packline defense. Even with Virginia being so good defensively, there's a mismatch. Whether it's Suggs' size over Clark or Kispert on the wing or Ayayi taking advantage, there's going to be something they can do. We saw Gonzaga start to figure shit out shooting the ball, mostly just making wide open shots against Iowa. They won't have the open looks today because Virginia actually plays defense, but the packline does give you looks from three. I know slowing down tempo is a real thing and we're seeing that. Virginia is dead last in tempo, Gonzaga is 5th. Most importantly, I know Virginia doesn't give up fastbreaks because they don't crash the glass and just drop back in defensive coverage. But, this Gonzaga team can score from any spot.