Welcome back #ReagsReaders. What a fucking awesome slate of hoops today. Took some time off, but we're back. Obviously the big news is not getting Duke/Florida State and Texas missing a couple people today because of Covid, but it's still a loaded slate. Speaking of which, we have some Big 10 games and let's talk about that. I have no idea what to truly think about the Big 10. Is it deep? For sure. Is it a good league? Absolutely. But how many true title contenders are there? That always seems to be the talking point when it comes to the league - one that hasn't won a title since 2000. This year, who are you truly considering as a title team? Wisconsin, Illinois, maybe Iowa? I don't trust that defense. I don't trust Michigan State or Minnesota or Northwestern or Michigan, etc. It's just a weird league where they are going to dominate NCAA Tournament invites and top-25 rankings, but they don't have that true top great team. Anywho, let's get into it. 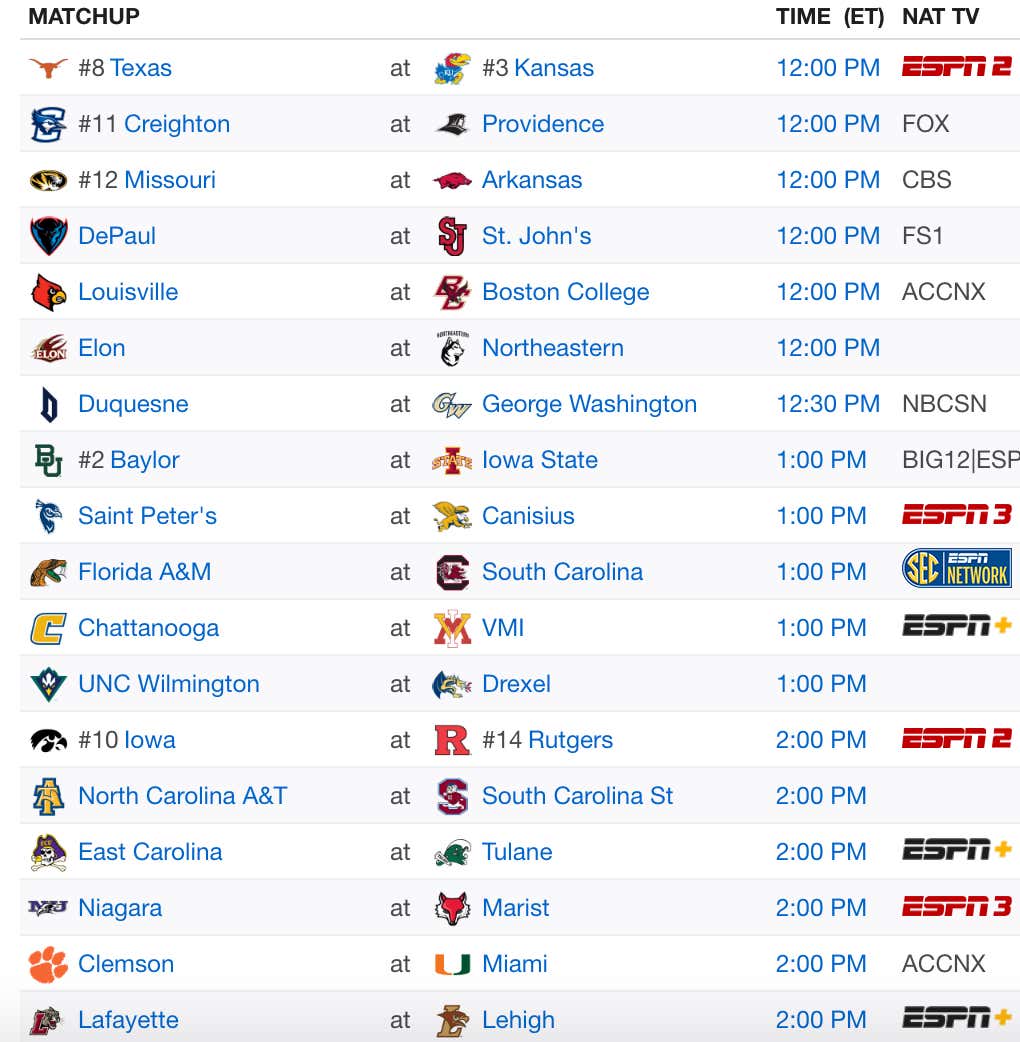 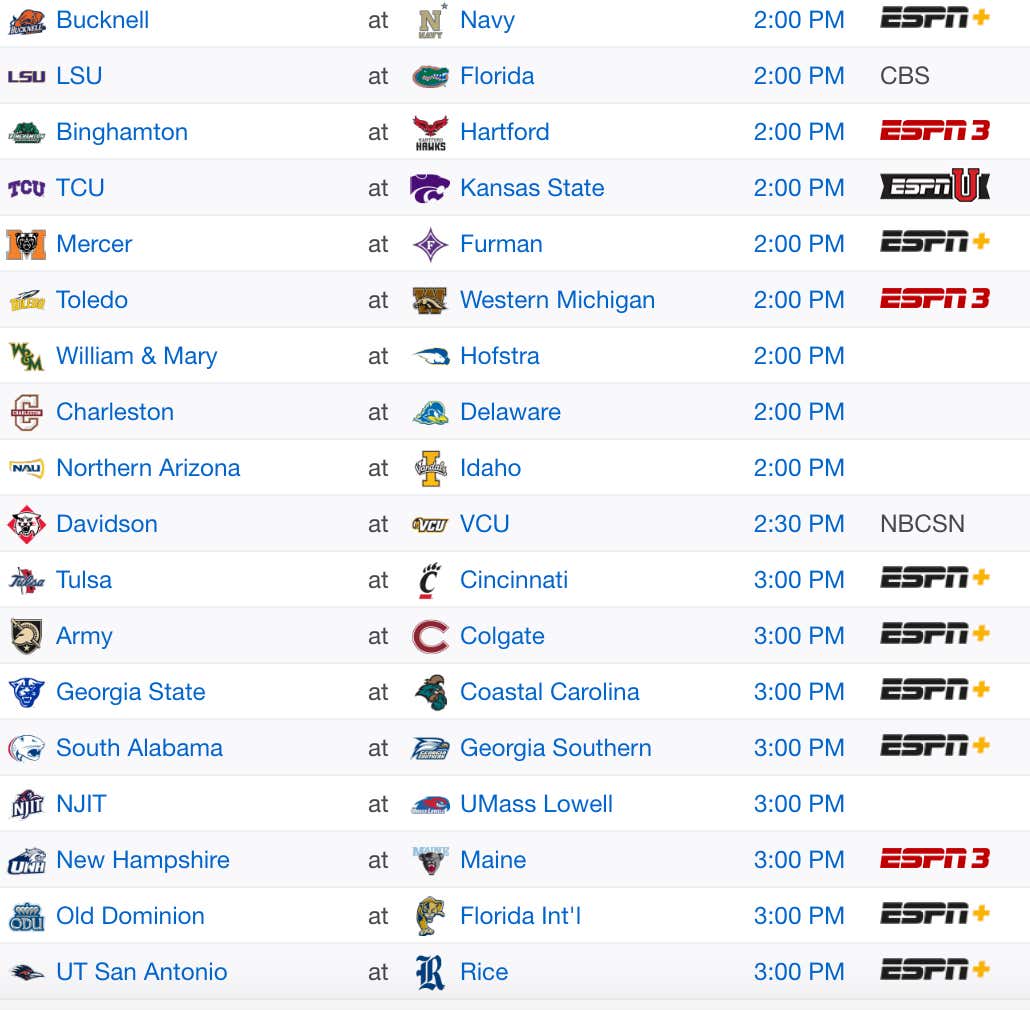 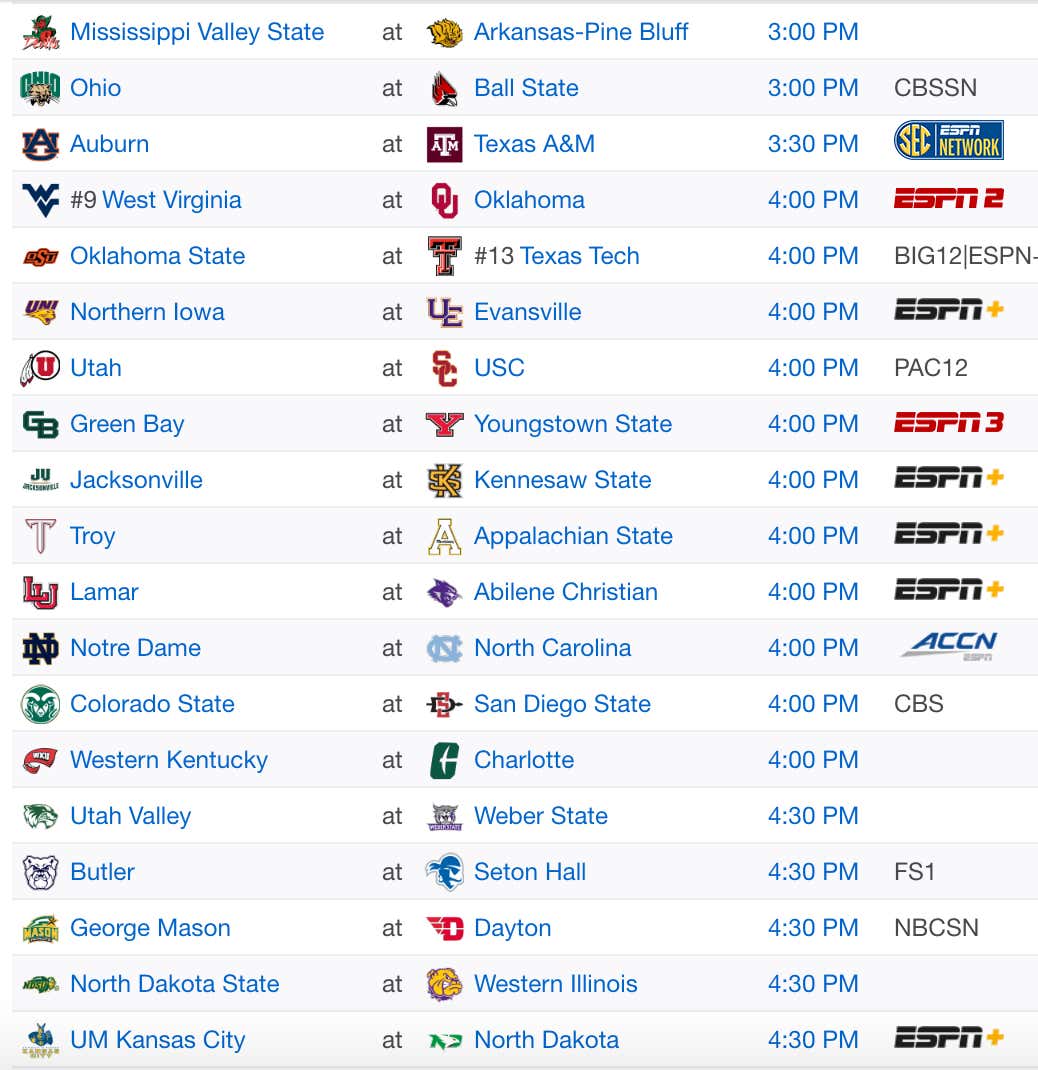 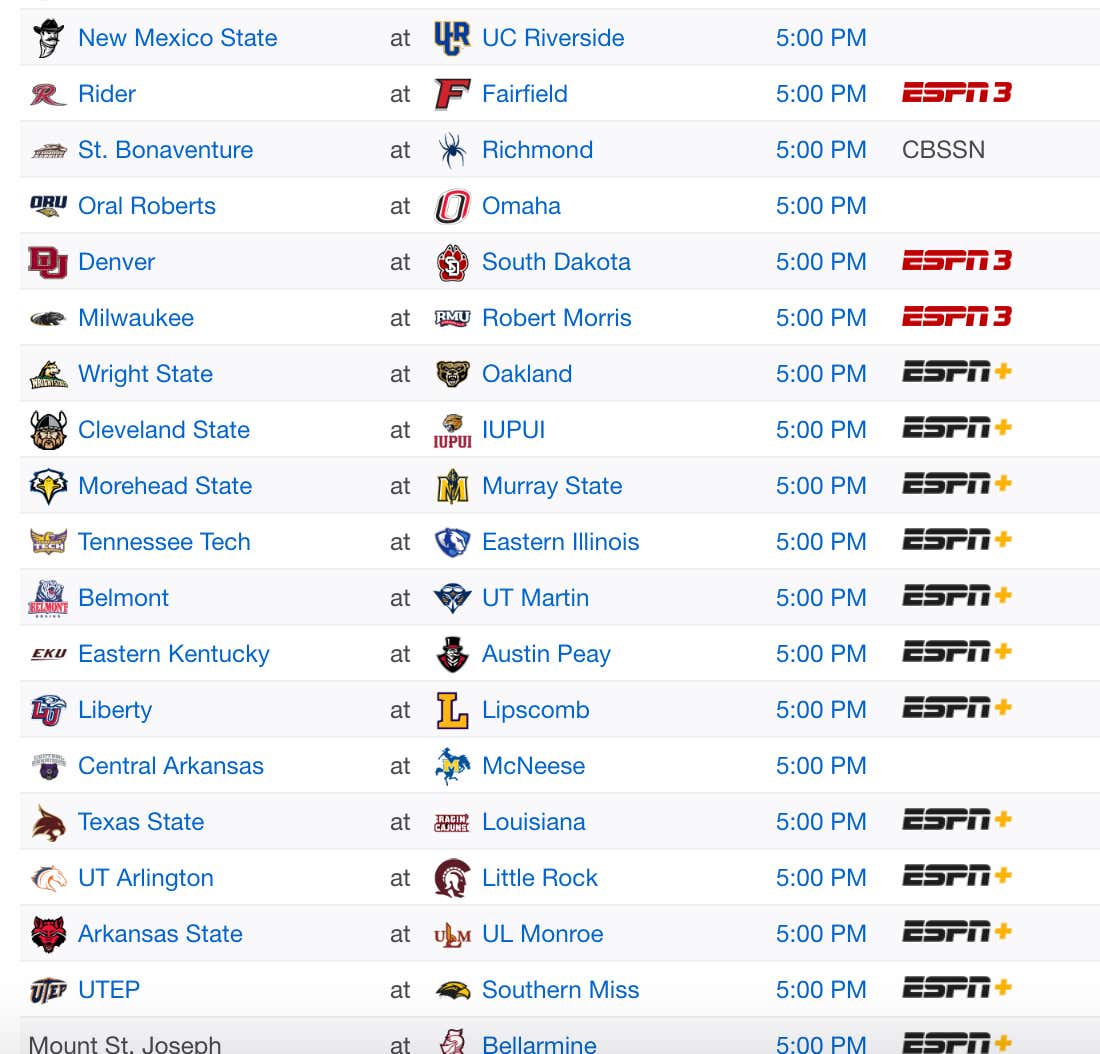 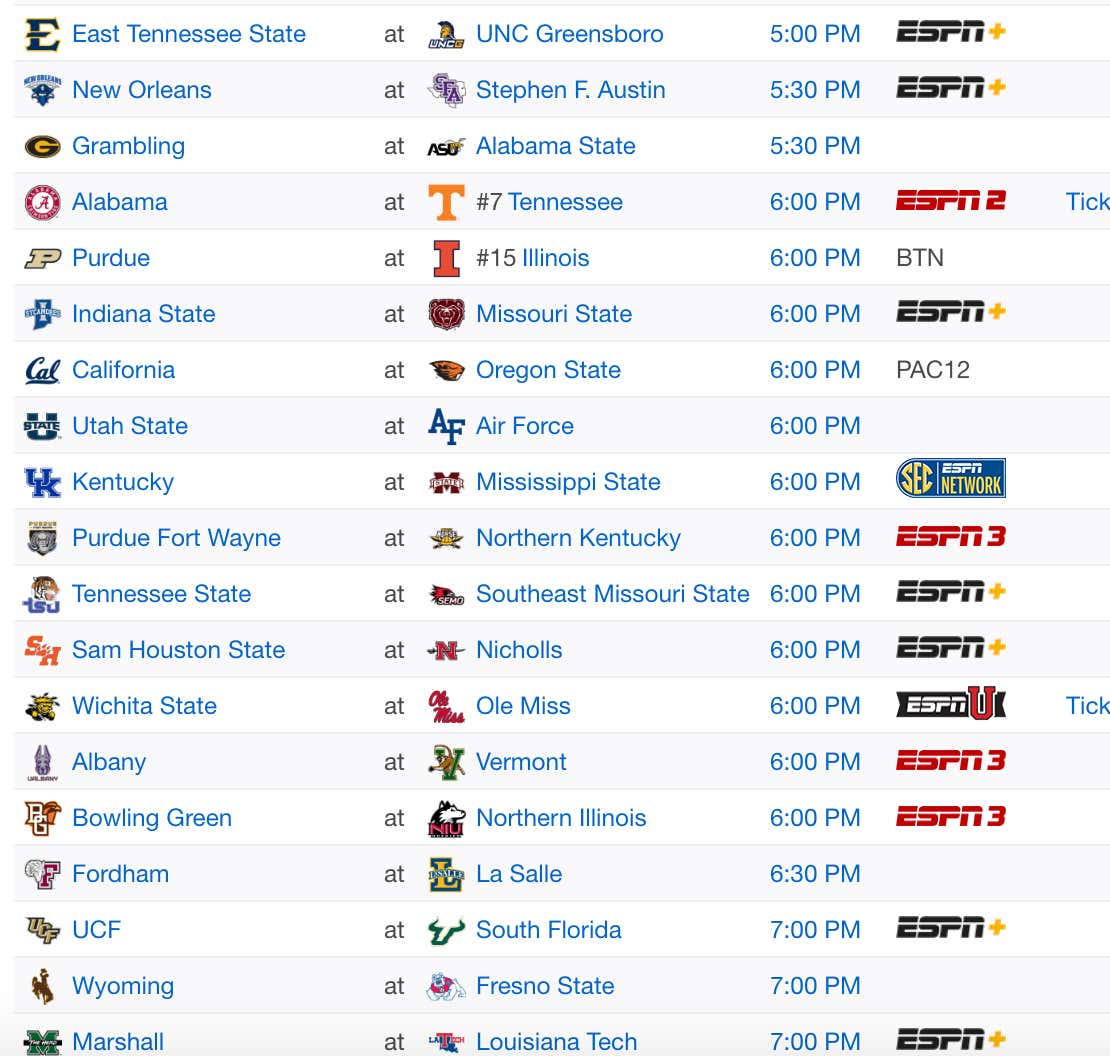 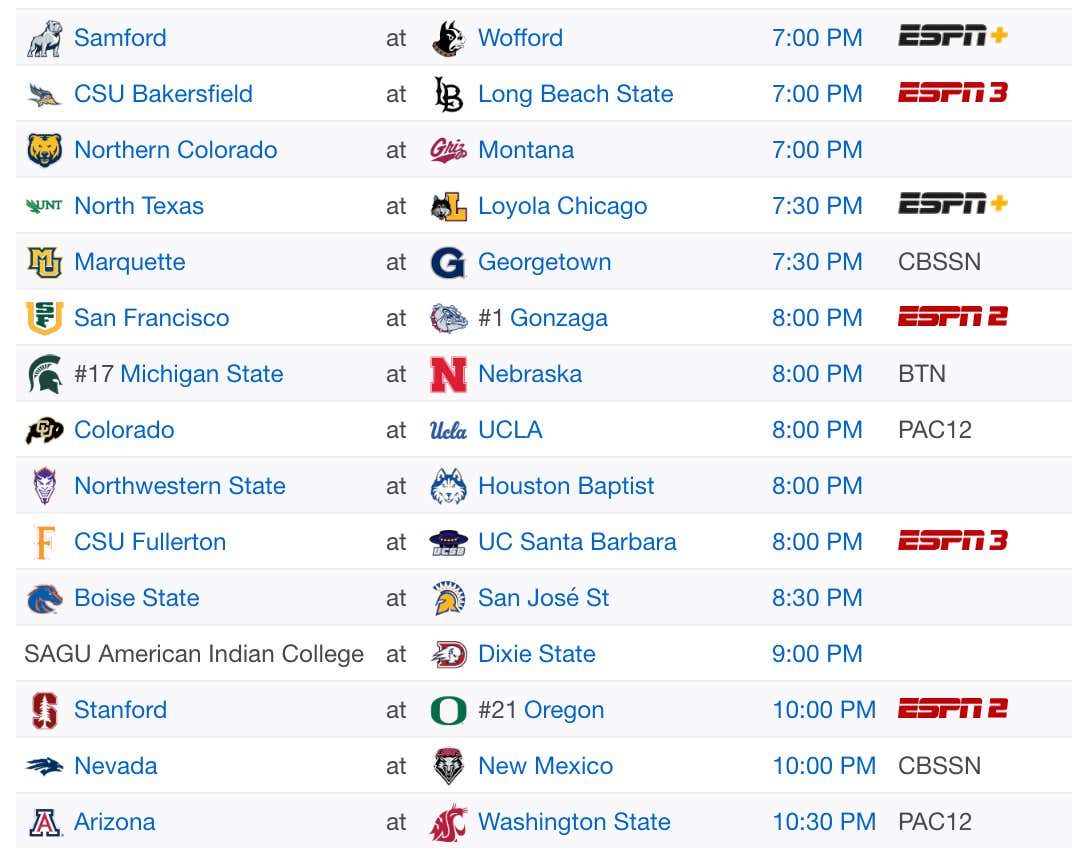 Game is at Noon at Kansas

Reasoning: Texas is going to have a couple guys out today:

Now this doesn't hurt them schematically, but there is a lack of depth. I just don't trust Texas' offense right now. They want to run a pick and roll, which Kansas struggles to defend. But, uh, Texas is just so inconsistent. Yes, they should be able to take advantage of the newer small ball lineup Self is running with guys like Greg Brown on the wing. But, here's the biggest thing for me. Marcus Garrett might be the best defender in the country. He's for sure the best on ball defender in the country. Texas struggles when Coleman can't create. That's who Garrett is going to be on. We'll take the under there.

Game is at 1pm at Iowa State

Reasoning: How can I put this simply? Iowa State stinks at basketball. They aren't good. Baylor is good, even great. But let's talk specifics. Iowa State wants to run a ton of ISO sets. They live in that. Guess who is one of the best, if not the best defensive team at taking away ISO sets? Baylor. Baylor should also have a million extra possessions in this game. They rank 4th in offensive rebounding percentage/Iowa State is 305th in defensive rebounding percentage. Baylor ranks 9th in forcing turnovers/Iowa State ranks 297th in turning the ball over. Give me that over anything and that's how you get a blowout.

Game is at 2pm at Rutgers

Reasoning: We're back on Iowa overs. Yep, even against Rutgers, who is quietly one of the best over teams in the country. But the main reason is the fact that Rutgers is a bit banged up. Ron Harper missed the last game, Myles Johnson can't play 35 minutes, the big freshman Cliff Omouryi has missed games with injury. That's setting up for a big Luka game. We know you can't really double too much against Iowa because of the ability to shoot the three. So with those injury concerns and the fact that we've seen Iowa's defense still be the same bad Iowa defense we're riding the over. Again, if Iowa runs 2-3 zone, they rotate where Luka has to rotate from the center out to a wing. That's a disaster.

Game is at 6pm at Tennessee

Reasoning: A little good news, bad news situation here for Alabama. They do have to go against the best defense in the SEC and Yves Pons, the best individual defender in the conference. But, the one place you can actually beat Tennessee is in transition. You know who wants to play in transition and uptempo? Alabama and Nate Oats. They live on pushing tempo and doing that. They are also due for a positive shooting regression at some point here. This is too good of a shooting team to 30% from the three point line.

Game is at 6pm at Illinois

Reasoning: The best way to beat Illinois is spread them out and play Kofi off the floor. Guess who can't do that? Purdue. They rely on their two bigs and that's perfectly fine for Kofi to play. Whether it's Williams or Edey, they don't really have guys that can bring Kofi away from the rim on the high ball screen. On the other side, Purdue's bigs rely on trying to block shots. Kofi should be able to just over power those guys and Ayo can drive. I love Illinois here. It's a great matchup for Kofi which means it's a great matchup for Illinois.

Game is at Noon at Arkansas

Reasoning: I just need to know if Justin Smith is playing for Arkansas. Even if he does, he's not 100%. He's the most important player on that roster in terms of what they do successful. Both teams want to crash the offensive glass, but the one thing that Missouri does really well is take away the 3pt line both from an attempt and make standpoint. That's step 1 to staying in a game against Arkansas.