Welcome back #ReagsReaders. Decent day yesterday with 4-2, finally above treading water with a ton of .500 days in a row it felt like. But I'm here to talk about something I've discussed with friends and other guys who cover college basketball. Who the fuck is the third best team in the country? It's clear Gonzaga and Baylor are in a tier by themselves. But after that? It's honestly a debate that's worth having. At the same time it's debating who is a true national title contender vs a Final Four contender - yes, there is a difference. I asked two guy who know the Big 10 inside out, because my take was it's the best league with no real bad team not named Nebraska, but do they have a true national title contender? The answer was maybe Illinois or maybe Wisconsin. Illinois, Wisconsin, Iowa, Michigan, Rutgers all feel like Final Four candidates while Michigan State is borderline there. If we're saying Tier 1 is Baylor and Gonzaga, who makes up Tier 2? I'd go (in no order): Texas, Villanova and Illinois. Tier 3 would be Wisconsin, Creighton, Alabama, Clemson, Iowa, Houston, Kansas, WVU, Tennessee and Oregon. Honestly might have to explore this more in a different blog, but right now this is where my mind is. Let's move on to tonight huh? 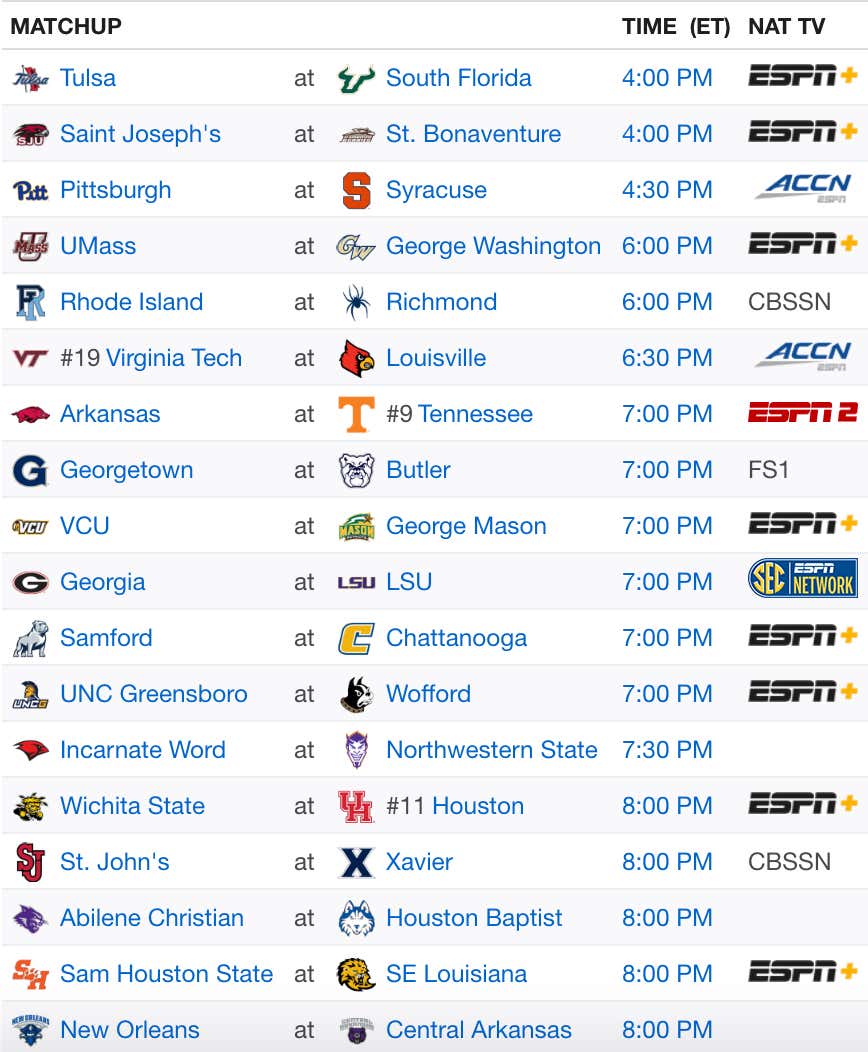 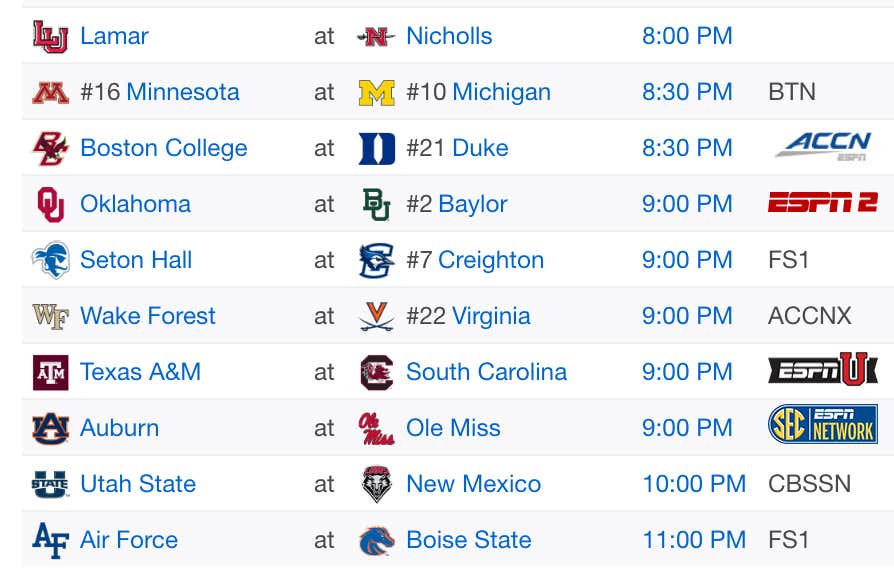 Game is at 4pm at South Florida

Reasoning: This comes down to one thing really. Tulsa runs a fairly elite defense, specifically this funky 2-3 zone that Frank Haith thrives on. Why does that matter? USF actually struggles against zone defenses. I'm not worried about home court this season, pretty evident in watching games that's going away. Tulsa is currently the 42nd best defense in the country while USF is wildly inefficient on offense. They actually shoot the three ball well at 37% as a team. But they are 318th in the country in 3PA/FGA. They just don't shoot it enough. They are a 59% free throw shooting team. They are a 44% shooting team from inside the 3pt line. That's not going to get it done against a zone. Then there are the turnovers. Tulsa is 55th in the country at forcing turnovers while USF turns it over 255th in the country. We're playing that matchup here.

Game is at 7pm at Wofford

Reasoning: I love Storm Murphy. Hell of a name, been in college for roughly 9 years and is damn good. But I love him in this game because he can handle UNC Greensboro's press and defense. He's played in this rivalry for years now and knows what to expect, especially going up against Isaiah Miller, who is one of the best defenders in the country. Then there's the three ball. Did you know Wofford is No. 1 in the country in 3PA/FGA? Well, they are and they shoot it at 37%. UNC Greensboro does a good job of running you off the 3pt line, but from a percentage standpoint they don't defend the 3 ball well.

Game is at 9pm at South Carolina

Reasoning: We're going back to the quarantine well here. South Carolina hasn't played one game since December 5. That was a January 2nd game against Florida A&M, slightly different than Texas A&M. Both of these teams are fairly mirror images of each other except A&M wants to slow the game down. It's easier to slow a game down than speed it up. Both teams foul a ton, both teams crash the offensive glass and both teams really force turnovers. The other advantage I like here is A&M is efficient offensively from inside the arc. They are 34th in the country in 2pt% while South Carolina really struggles to defend there. They are 255th in the country in defensive 2pt percentage. That matters in a game like this.

Game is at 7pm at Chattanooga

Reasoning: Yeah I know Samford isn't with Christian Guess still, but they have so much depth. Chattanooga is also down to like 7 or 8 players right now. That matters in a game like this. Samford plays that weird super uptempo offense but tries to get to the rim. They like to crash the offensive glass and their defense while not great in conference play has gotten better. Again this is merely a spot play where the line feels a point or two too high for me.