Play a little Monday morning quarterback for me- do you think that guy regrets turning down being paid 50,000 BTC instead of cash for the $13 million home? On one hand, $13 million in cash is pretty cool. Ain't nothing wrong with $13 million in cash. Most people will live their entire lives and never get close to that amount of money. On the other hand....

Sure it would have been a big gamble at the time but oh my god what an unbelievable clip. Reminds me of the infamous guy who did the first ever Bitcoin purchase, buying 2 pizzas for 10,000 BTC. Whoops.

No gamble no future, my friends. A great example of this is the guy who painted the murals at Facebook's HQ1.

CNBC - As featured on a recent episode of CNBC’s “The Filthy Rich Guide,” in the early 2000s, Choe’s work caught the eye of Sean Parker, founder of Napster. In 2005, after Parker became president of then-fledgling start-up Facebook, he hired Choe to deck out its original headquarters in Silicon Valley with murals.

“My prices had been going higher and higher and I was like, ‘Yeah, I mean, if you want me to paint the entire building, it’s going to be 60, you know, 60 grand,’” Choe told Howard Stern.

Parker offered him a choice between cash and company stock, but advised him to take the stock.

He took the stock.

When Facebook went public at $38 a share in 2012, his stock options were worth $200 million, making him a bona fide multimillionaire. (Today the common stock is at more than $171 per share.)

As for this fella, 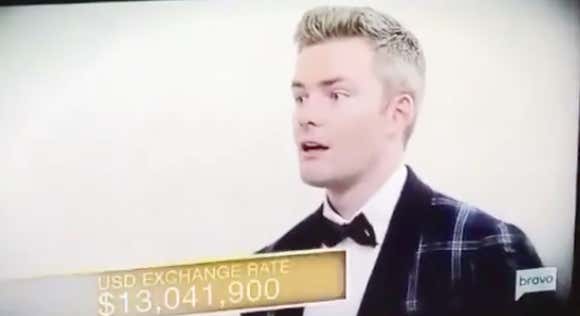 Just remember money can't buy happiness. Well, I'm sure $1.65 billion can buy a lot of happiness, but hey, $13 million is still good too. Grass is always greener, my friend. Having a billion dollars is probably a lot of work. So much to worry about. No thank you.