Manny Pacquiao is easily one of my favorite fighters of all time, but it's been TOUGH trying to write about him this past year. 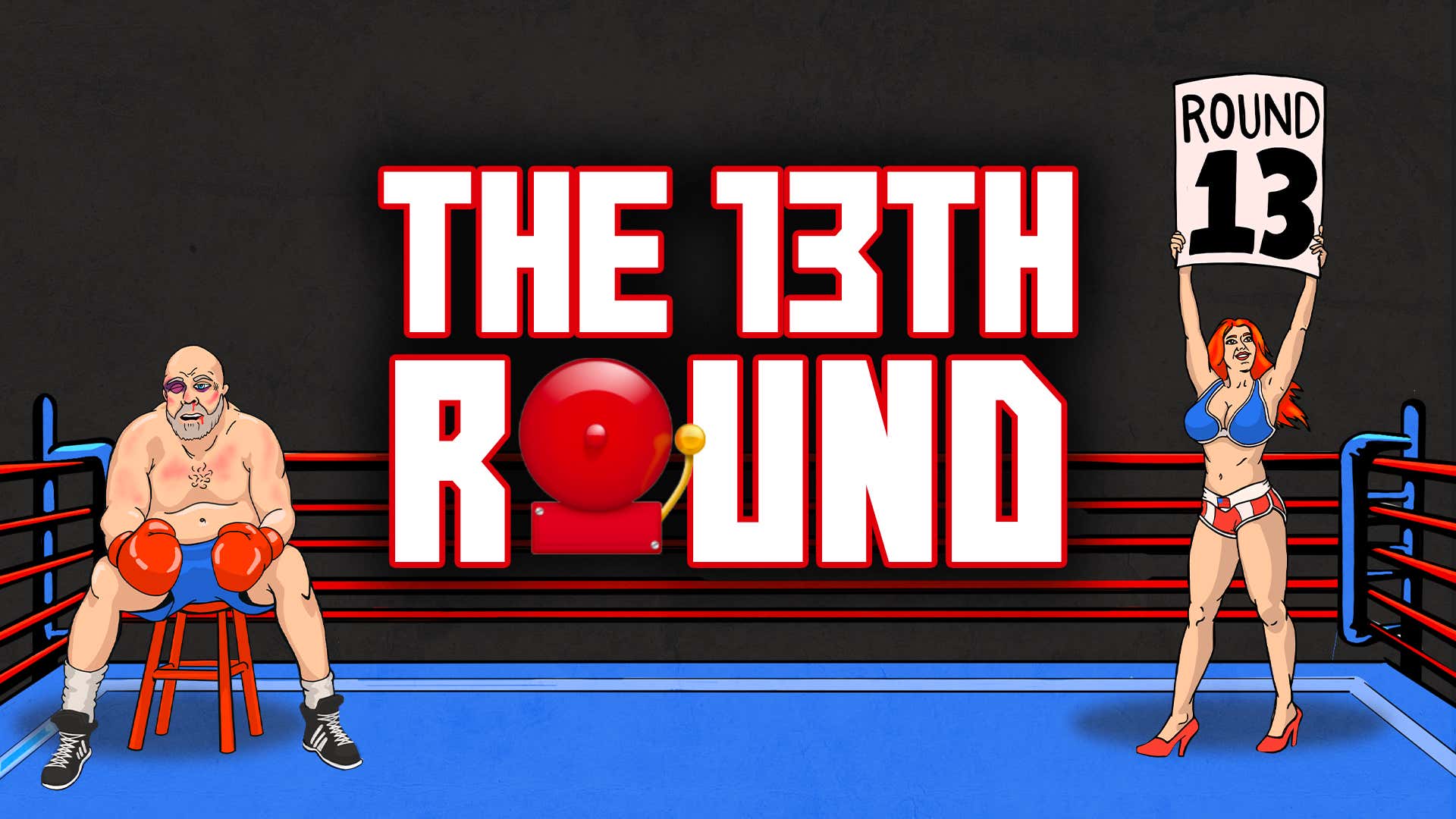 My first draft was written in January when it was rumored that he was going to fight Ryan Garcia.

I likened that inevitable loss for Garcia to when Canelo fought Mayweather… A fight where a young Canelo lost soundly, but it was almost forgiven because he lost to a (domestically violent) legend.

And nobody rides Canelo's jock more than I do, but if anyone takes issue with me saying Floyd beat Alvarez "soundly" because the decision wasn't unanimous, then you didn't watch that fight… My good friend Canelo was outclassed by a man that shows very little class outside the ring and Mayweather "soundly" outpunched Alvarez landing 232 of 505 punches (46%) while Canelo connected on only 117 of the 526 he threw (22%).

The next draft I began was in May when Pacquiao first agreed to fight Errol Spence Jr., and I had it all broken down how the best Manny could hope for would be to lose by a decision because 1) Spence is just that good, and 2) a 42-year-old fighter who is coming off a 2-year layoff is vulnerable… Even when that fighter is a multi-generational talent with God on his side like Manny Pacquiao.

But then that draft was canned when, 12 days before the fight, a retinal tear in Spence's left eye was discovered during a pre-fight medical exam.

Back to the drawing board.

In steps Cuban Yordenis Ugas… ESPN's No. 6 boxer at 147 pounds, who was scheduled to defend his WBA (Super) welterweight title against Fabian Maidana.  A title he was given (by coincidence) after the previous title-holder, Manny Pacquiao, was stripped of the belt due to inactivity.

Similar to Spence, Maidana suffered an injury in sparring and was forced to withdraw.  So now we have Manny Pacquiao fighting Yordenis Ugas for one of Pac's old straps.

And I have no fucking idea how this one will play out, so let's walk through it.

Yordenis Ugas (26-4) is a 35-year-old, 5'9", Orthodox fighter who is coming off a split decision win over Abel Ramos in September. 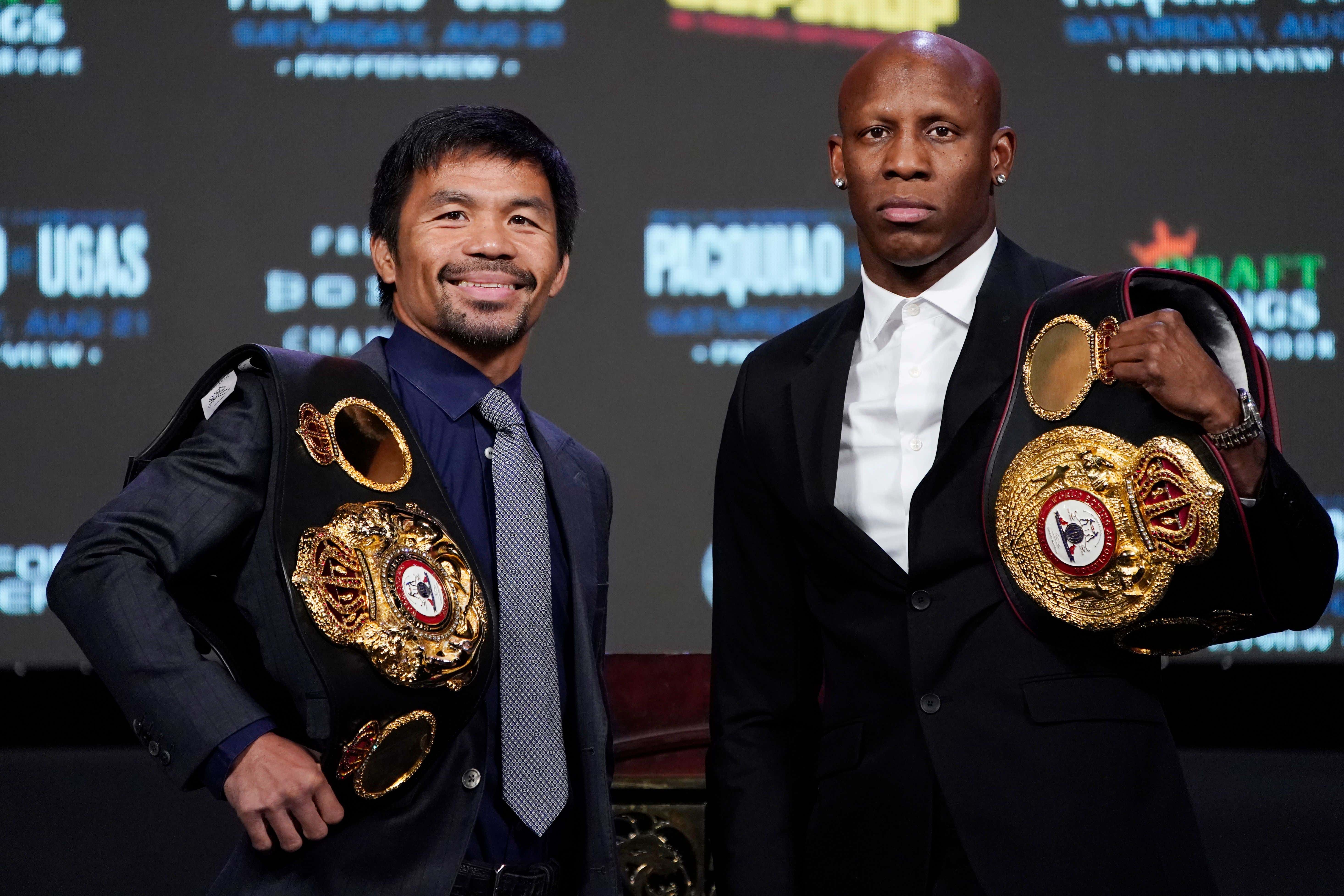 Ugas is a former bronze medal winner for Cuba before defecting to the US.  He lost a controversial split decision to Shawn Porter and has wins over solid fighters like Jamal James, Abel Ramos, and Omar Figueroa Jr., as well as TKOs vs. Bryant Perrella and Ray Robinson… None of those boxers I just mentioned come close to Pacquiao, but it is a solid resumé nonetheless.

And I only mention each fighter's dominant hand in those two sentences above because Pacquiao's camp up until last week was training to face another elite Southpaw in Spence but had to switch to account for a right-hander like Ugas who has relatively slow feet but a good overhand right coupled with an effective uppercut.  Yordenis lacks the speed and power of an Errol Spence, but his height advantage could work well at range, and he should be just as effective with body shots if the fight goes inside.

And on the other side of the ring, Manny will be Manny… He will be hopping around for 12 rounds creating opportunities to punish Ugas from different angles.  A knockout is unlikely, but Pacquiao has always had the weapons to outclass any of his opponents and the stamina to go the distance.

But 2 years off at the age of 42 scares the shit out of me, and if the tone of this fight has an aggressive Ugas moving forward for 36 minutes while a 42-year-old Pac slips around early but then slows down deep into the fight, I can easily see the judges handing a decision to Yordenis.

So much so, I just placed a bet on the Barstool Sportsbook (COMING TO NEW JERSEY!) on Yordenis Ugas to win +290, AND I threw a couple of bucks on the DRAW at +1600 because I don't trust judges.

One last thing to mention…

Our very own Barstool Sportsbook is the official sports betting partner for the Jake Paul vs Tyron Woodley fight NEXT SUNDAY, August 29th.

I will NOT be in attendance, BUT both Dave and Dan will hopping on a private jet immediately following Rough N' Rowdy in Charleston, West Virginia on Friday night and will then be appearing at times throughout the Sunday broadcast of Paul vs Woodley at Rocket Mortgage FieldHouse in scenic Cleveland, Ohio offering some color. 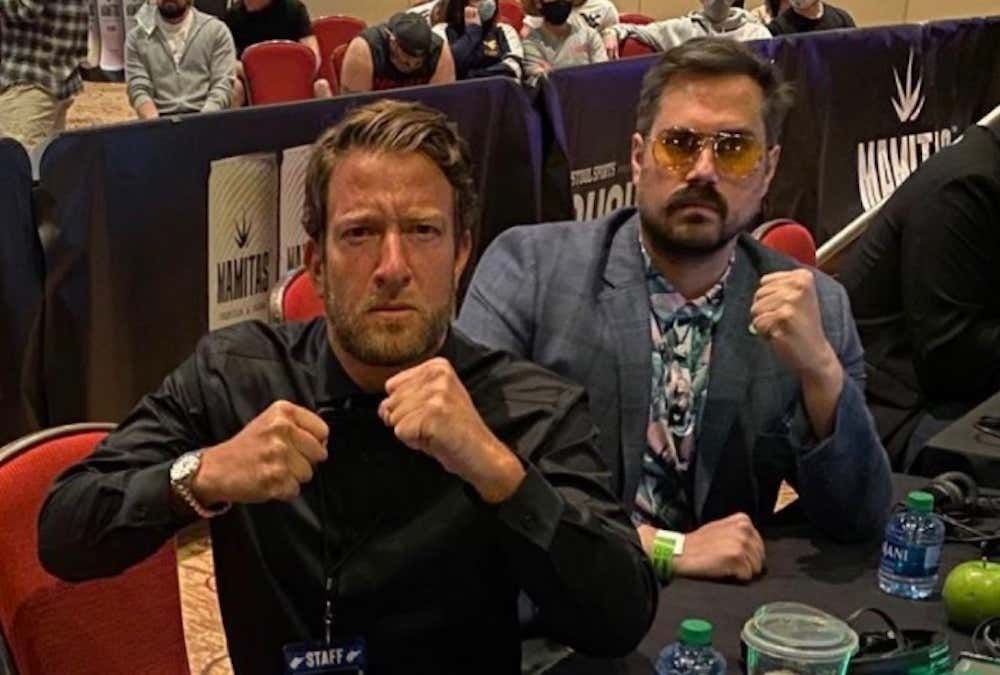 The fight will be shown on Showtime PPV and you can pre-order the festivities by clicking here.