Welcome on back after a 4-4 Tuesday. Just a reminder that if you're in Michigan and Pennsylvania and not taking advantage of this bet, you're a big time dummy. Pretty loaded slate today and I couldn't touch on all of them because honestly I don't have a feel for Wisconsin/Illinois and Kansas/WVU was a stay away for me. Just a bunch of awesome games, so sit on the couch pop on the TV and let's go. 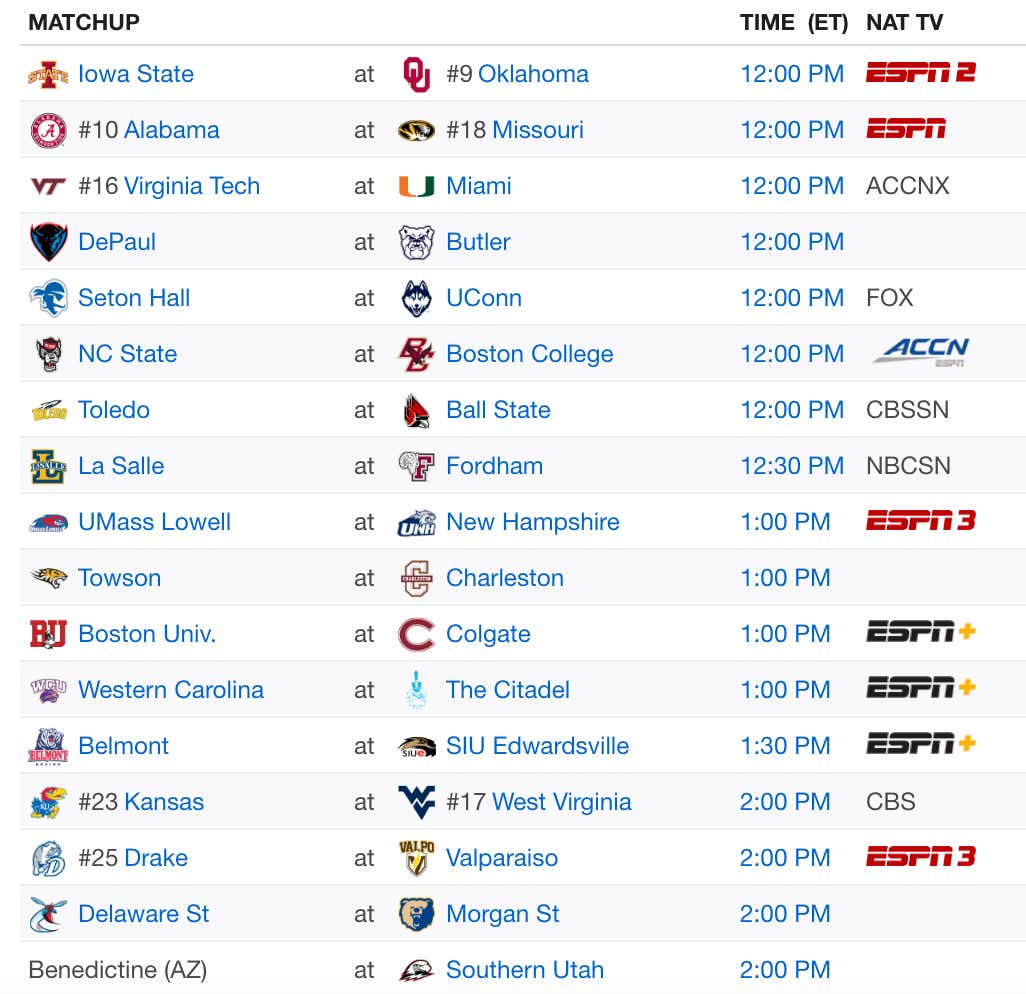 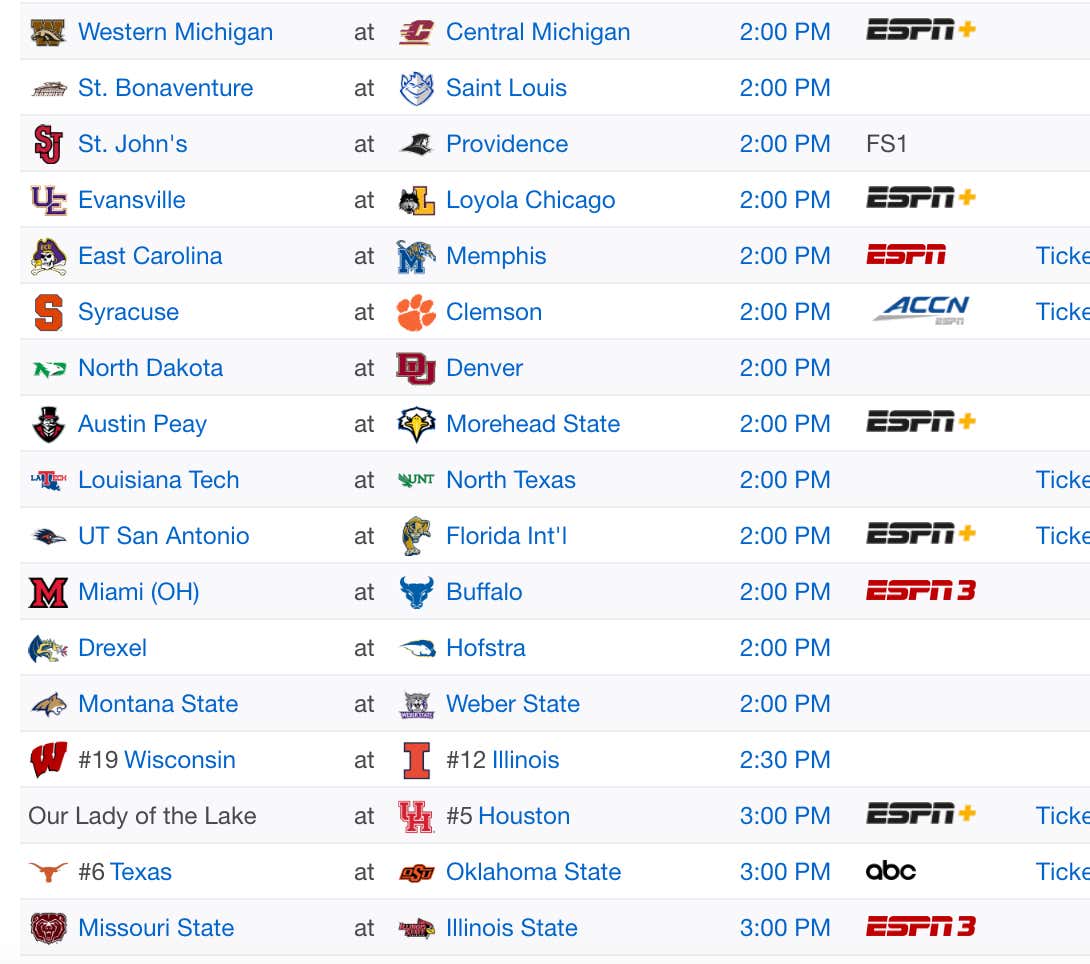 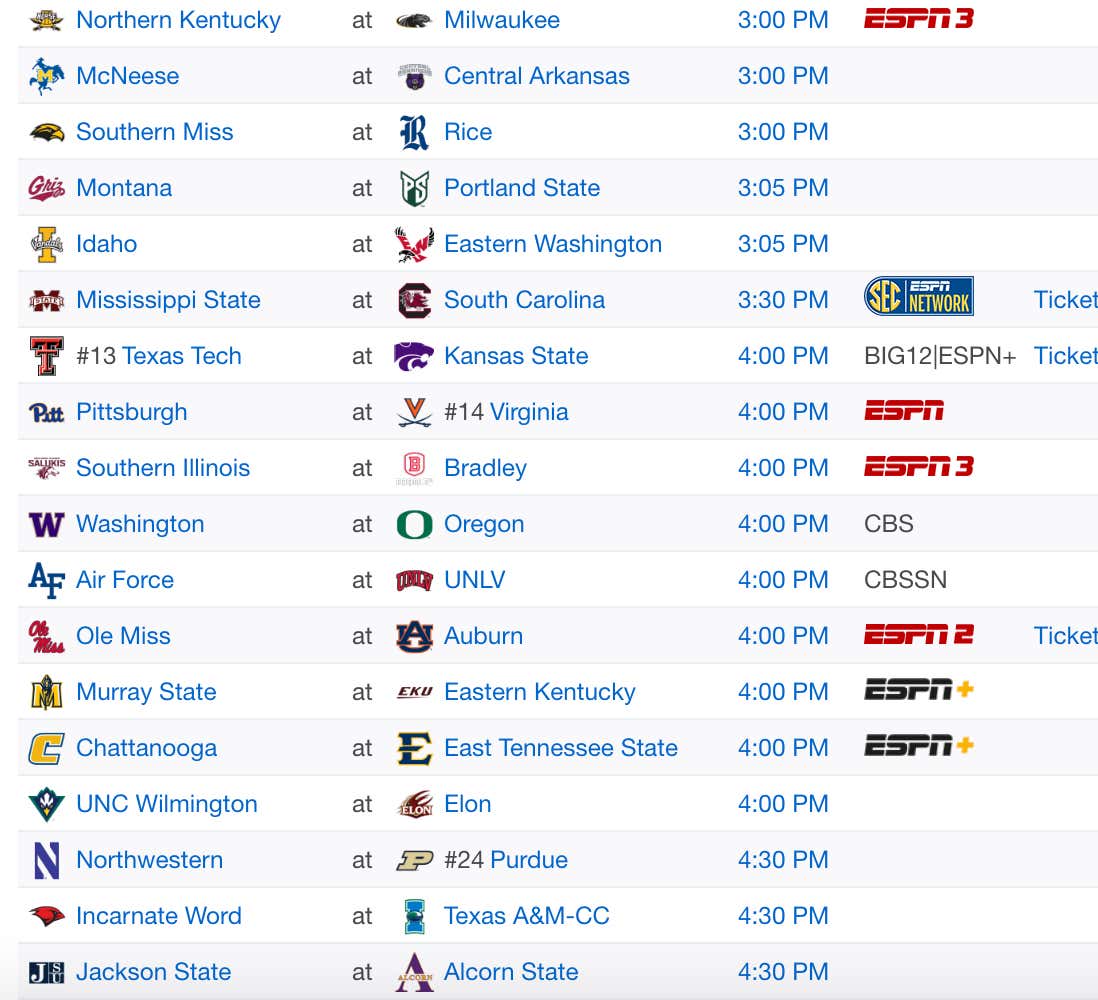 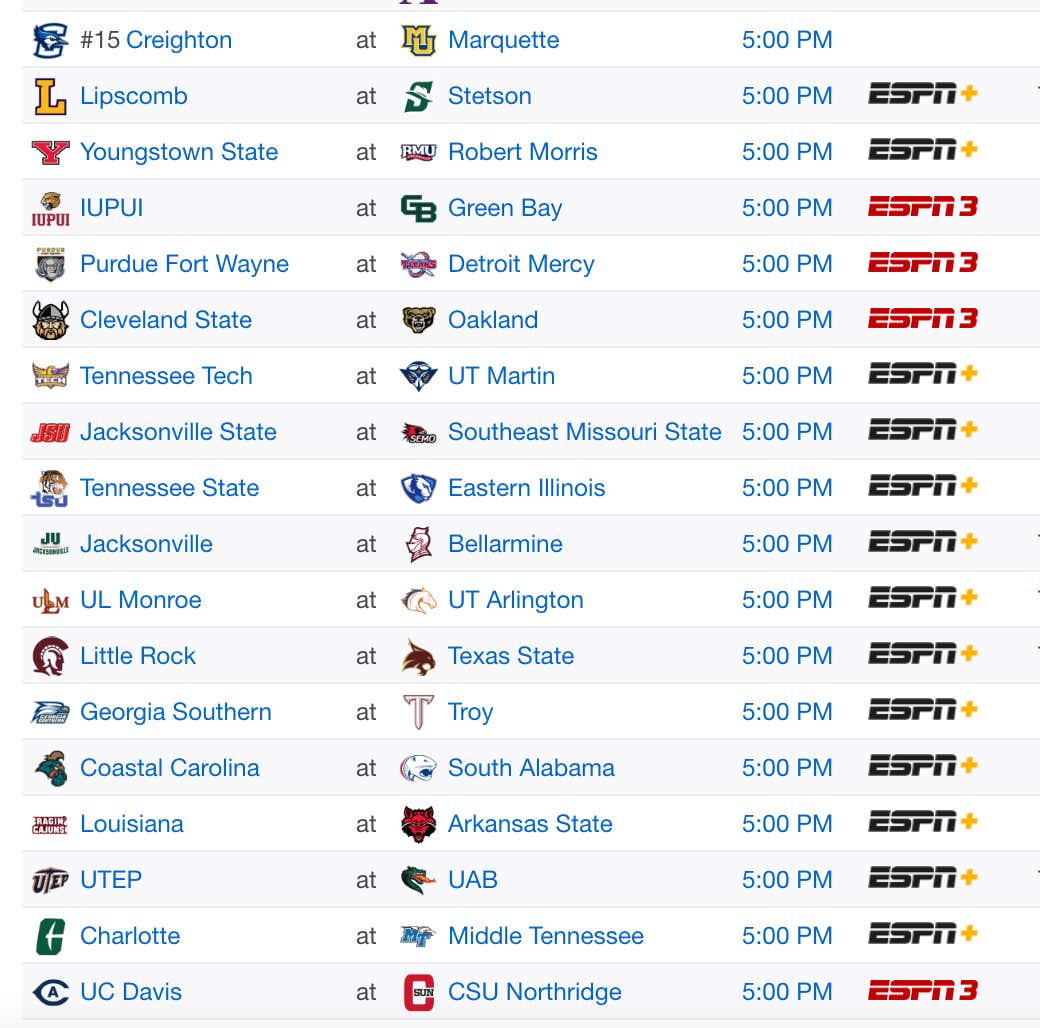 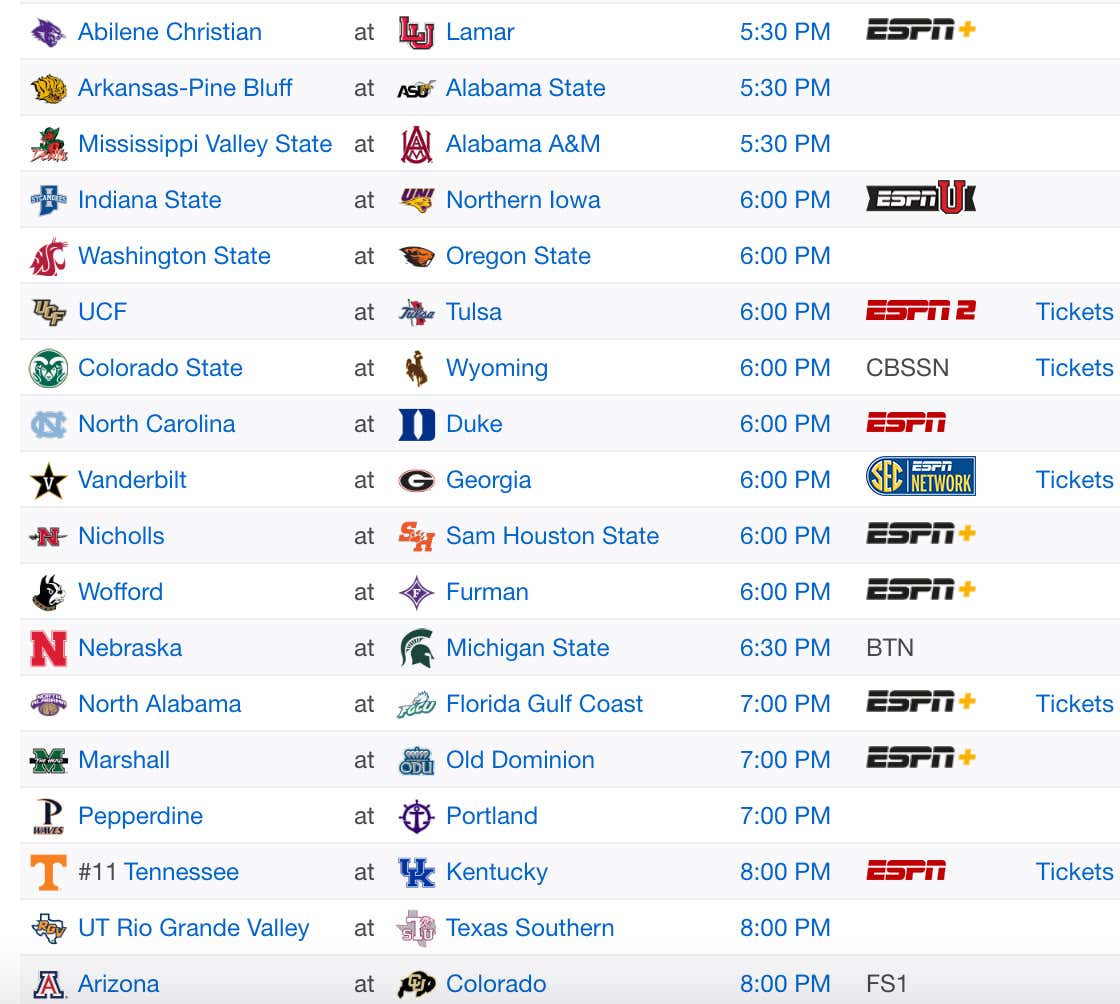 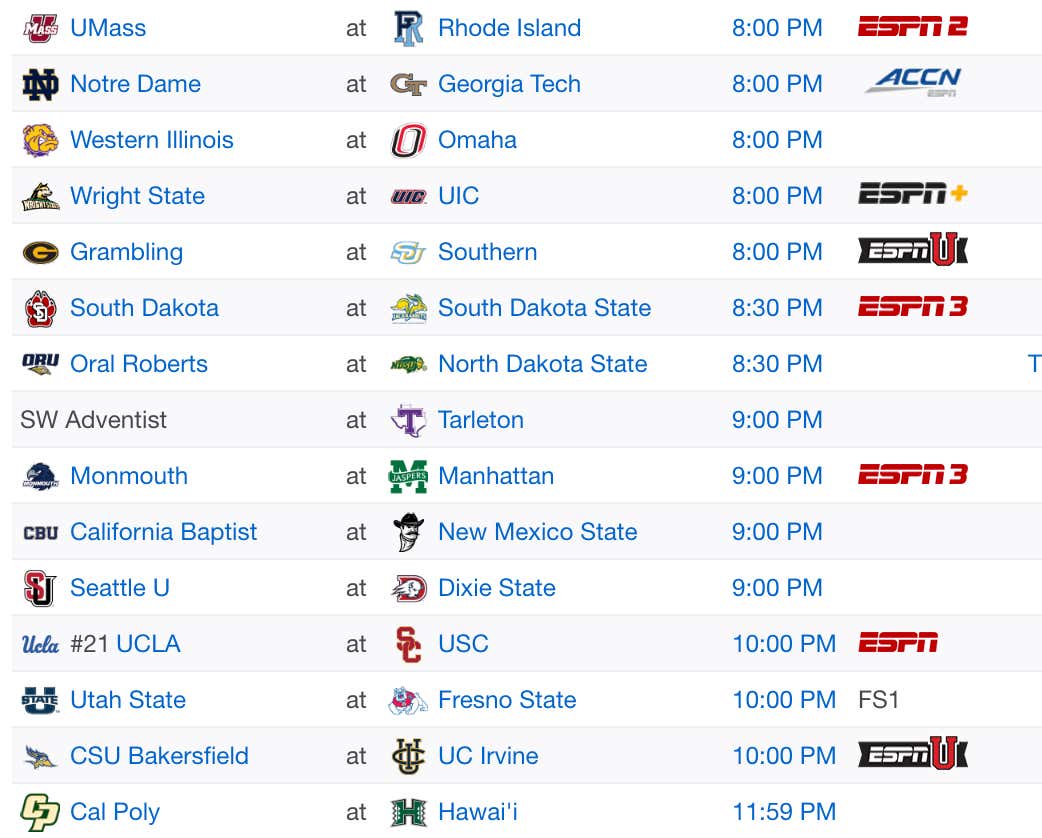 Game is at noon at Missouri

Reasoning: I'm actually going to go to the Auburn game for my pick here. Missouri actually does a good job of running teams off the 3pt line and defending that, a must have against Alabama. But they don't have quick guards. They defend, don't get me wrong and sure Alabama doesn't have a Sharife Cooper, but they have 5 guys that can beat you off the dribble. How does Jeremiah Tillmon defend in this game? He's done a better job of avoiding foul trouble but he's not a great perimeter defender. There's always concerns about an off shooting night for Bama, but they should have a ton of success on drive and kicks today.

Game is at noon at UConn

Reasoning: Two main reasons and that's about it. Still no James Bouknight. Yes, UConn has played without him and did beat Butler. Speaking of that. That's the last game UConn has played. I've been fading teams that are coming off breaks like that and yeah it's a shorter break and everything like that but I'll still fade a team like that. Especially since I actually like Seton Hall.

Game is at 4pm at Auburn

Reasoning: This is mostly me trusting Kermit Davis and what he can do defensively. He's played against Pearl a bunch of times throughout his career and always has done well there. Ole Miss will run that unique zone that actually stays at home too. Cooper hasn't seen zone yet. Teams have thrown different looks at him, but he hasn't seen zone yet. Then there's Ole Miss' offense. It stinks out loud. 2 wins on the over all year! We'll play the number here.

Game is at 6pm at Duke

Reasoning: Duke is just so soft on the interior that I can't trust them in this game. Yeah, UNC's perimeter sucks and it's not going to be a fun game to watch, but UNC should dominate the interior. They still throw the multiple bigs look and how does Johnson/Hurt defend and rebound Brooks/Bacot, etc. I'll take the points because this just feels like a one possession game either way. It's not like Duke is killing teams from three this year and that's how you beat UNC offensively right now.

Game is at 6pm at Georgia

Reasoning: Essentially this is a perfect matchup for Georgia. Vandy gets lost a ton in transition and I actually think Crean's defense is set up well against Vandy. The big thing has been the 7 games with KD Johnson, the big time freshman for Georgia. They've gone 4-3 both straight up and ATS with him out there. Georgia should have no problem getting out and running and they are great there with Wheeler being both a scorer and passer. Believe it or not Georgia is 30th in the country in adjusted tempo offensively so they want to run. Give me Georgia here.

Game is at 8pm at Kentucky

Reasoning: Have you seen these teams play offense? They both fucking suck at it. Tennessee has one of the best defenses in the country, Kentucky is top-15. How do either of these teams score? Again, they have absolutely zero shooting, zero guys who can score. This game sucks.

Game is at 2pm at Memphis

Game is at 2pm at St. Louis

Reasoning: Saint Louis hasn't been right since they've come back from Covid break. They got their ass kicked by Dayton before losing to La Salle. Sure, there may be some positive regression due for them, but St. Bonaventure is a team I'm liking more and more in the A-10. They'll protect the rim. They have a guy in Kyle Lofton who can score. They'll dare Saint Louis to beat them from three, which is just fine. Saint Louis is 333rd in 3PA/FGA. They don't want to shoot.