I talked about futures a bit earlier today with liking Oklahoma at 40/1 right now. But for the sake of argument who do you like outside Baylor/Gonzaga since we've officially reached the stage of them two vs the field. That really became official the last week or so with Michigan on pause and 7 of the top-11 teams losing over the course of a week or two. That's college hoops this year though man. On to today's games. 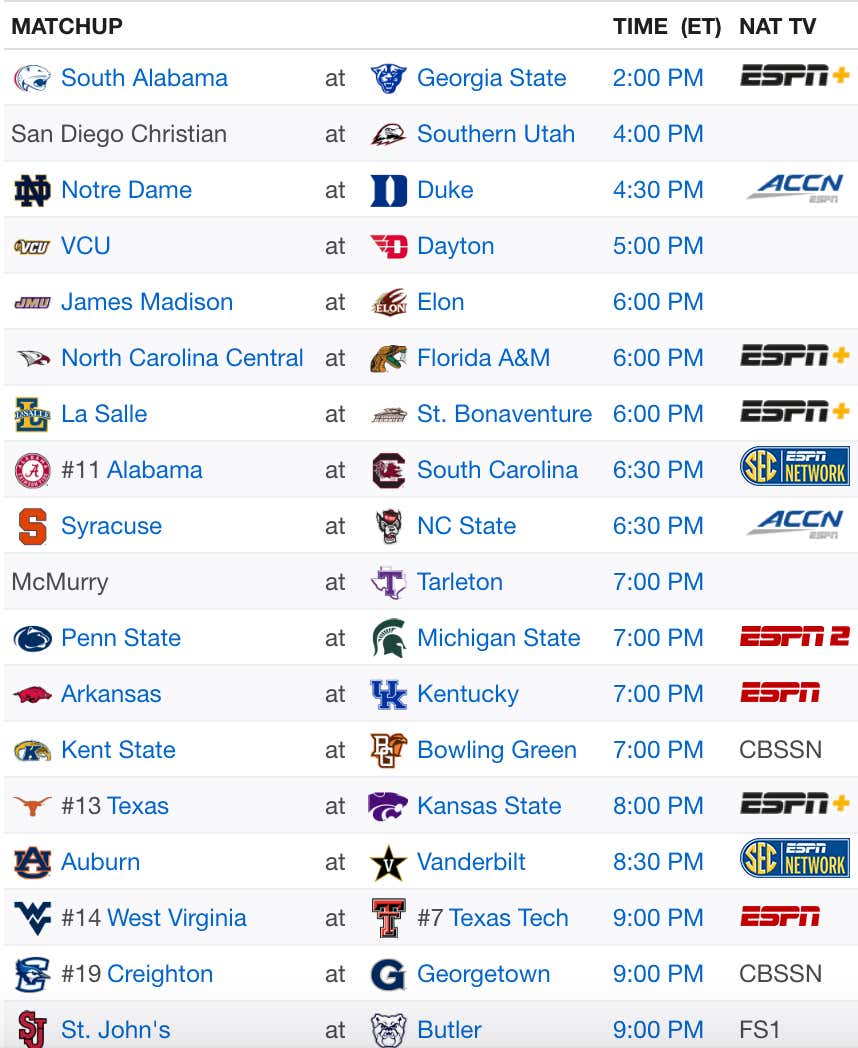 Game is at 5pm at Dayton

Reasoning: We saw these two teams play earlier this year and Dayton just couldn't score. Now the question is was that a one-off night or was that VCU's defense creating too much pressure for them? It's not like VCU shot the shit out of the ball or anything, they were just 30% from three. The biggest reason I'm on VCU though is the defense. They are 5th in the country in turnovers and Dayton is still struggling at taking care of the ball. Now most of these turnovers are dead ball turnovers, which is important against VCU, but I expect to see Dayton have 15+ turnovers. The other reason is VCU's 3pt defense. Dayton is actually a great 3pt shooting team. They are 65th in 3PA/FGA and 70th in percentage. VCU takes that away. It's just not a great matchup for Dayton.

Game is at 6:30pm at South Carolina

Game is at 7pm at Michigan State

Game is at 9pm at Butler

Reasoning: This feels like a rat line, but I'm taking it. This St. John's team is starting to figure shit out with Mike Anderson. Mostly it's been the development of Posh Alexander living up to his hype as the No. 2 guy next to Champaigne. Now Butler is incredibly balanced, they have 5 guys averaging double digits and no one over 12 points. St. John's won't shoot a lot of threes - they are 10th in the conference in 3PA/FGA, but they are making them. That's huge to combine with that uptempo pressing defense. Butler is taking care of the ball, but again, you're talking a defense that just forces turnovers. St. John's is on a 6-game winning streak putting them square on the bubble. They can't lose this game if they want to make the NCAA Tournament. I'll play that side.

Game is at 9pm at Texas Tech

Reasoning: I'm trying to figure out why this line is so high. Home court advantage isn't nearly worth what it has been in past years, even if Tech has a few thousand fans there. Both teams will kick each other's ass on the offensive glass and won't shoot a ton of threes. They played earlier this year to a 1 point game and that's just how that feels this game is. They are about as equal as equal gets. WVU can match Tech with the 4-out, 1-in look ever since Oscar T. transferred and Huggins embraced playing around Culver with a bunch of guards. There's not a huge advantage at the free throw line from a percentage standpoint but WVU does get to the line way more and Tech fouls way more. I'll take the points here.