Last night we saw one of the more brutal losses of the season. Georgia Tech had Jose Alvarado who is an 84% free throw shooter at the line. He misses both and bam, Nick Honor for the win. That likely put a dagger in Georgia Tech's tournament hopes and is just such a brutal way to lose a game. Also last night we saw why Ayo is a lock for All-American has a LEGIT case for Big 10 POY and is 2nd or 3rd in NPOY. Scoring 15 straight down the stretch, hitting a ton of big shots. That's why Illinois beats Nebraska despite looking like shit. Weird slate today, but we do get the top-16 NCAA Tournament release. Let's get into it. 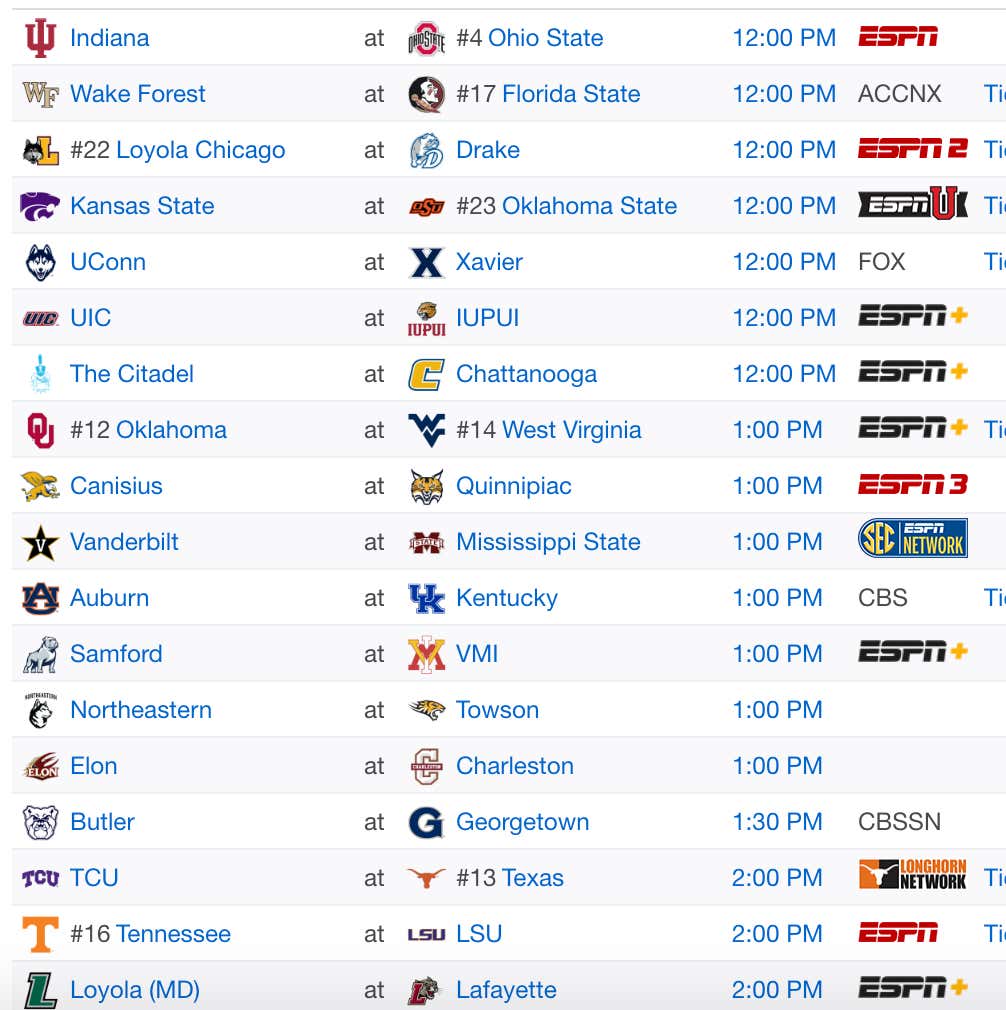 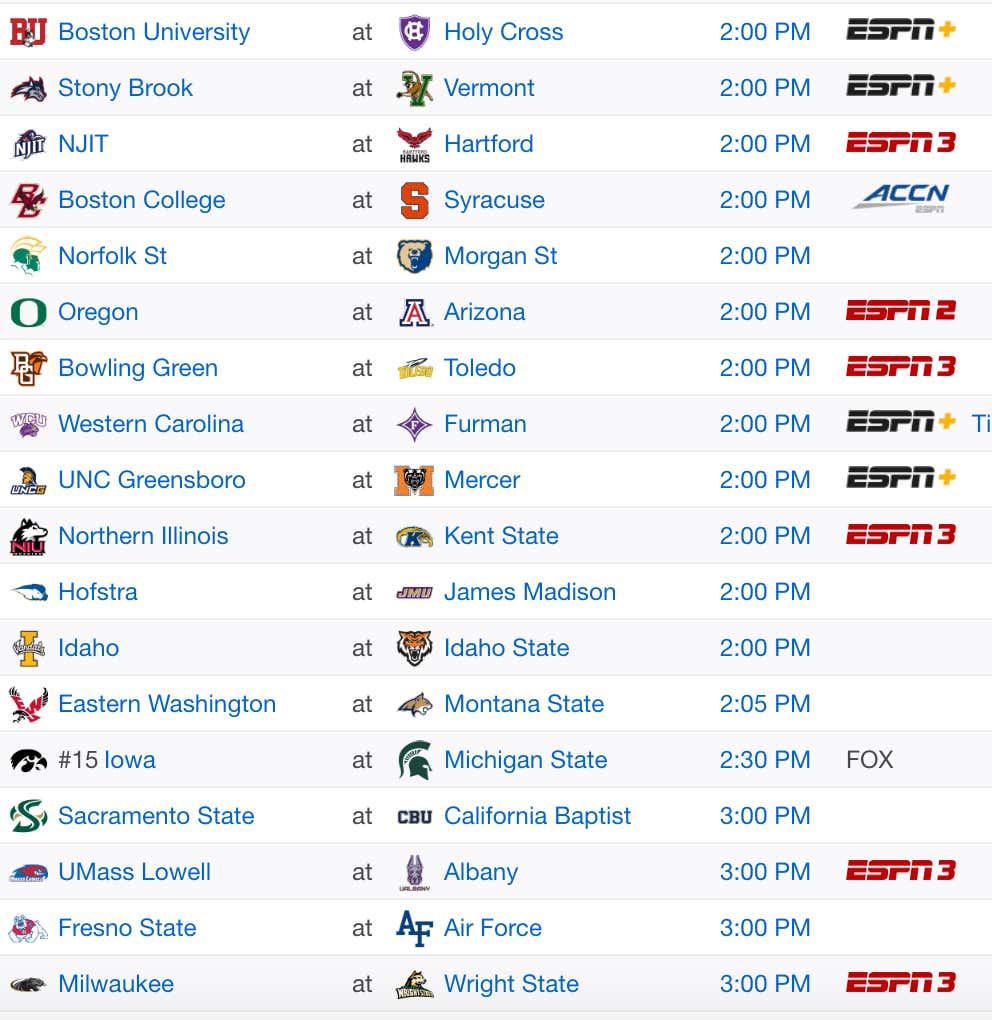 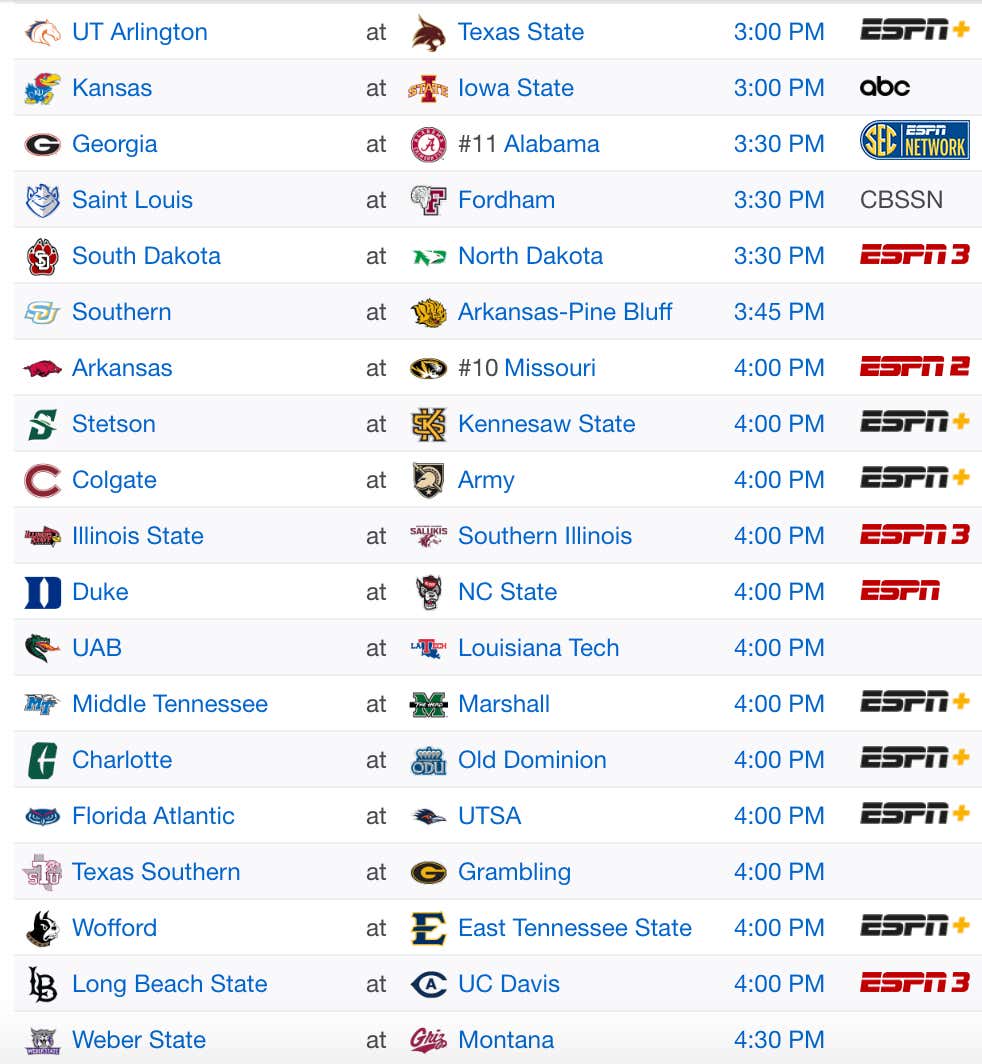 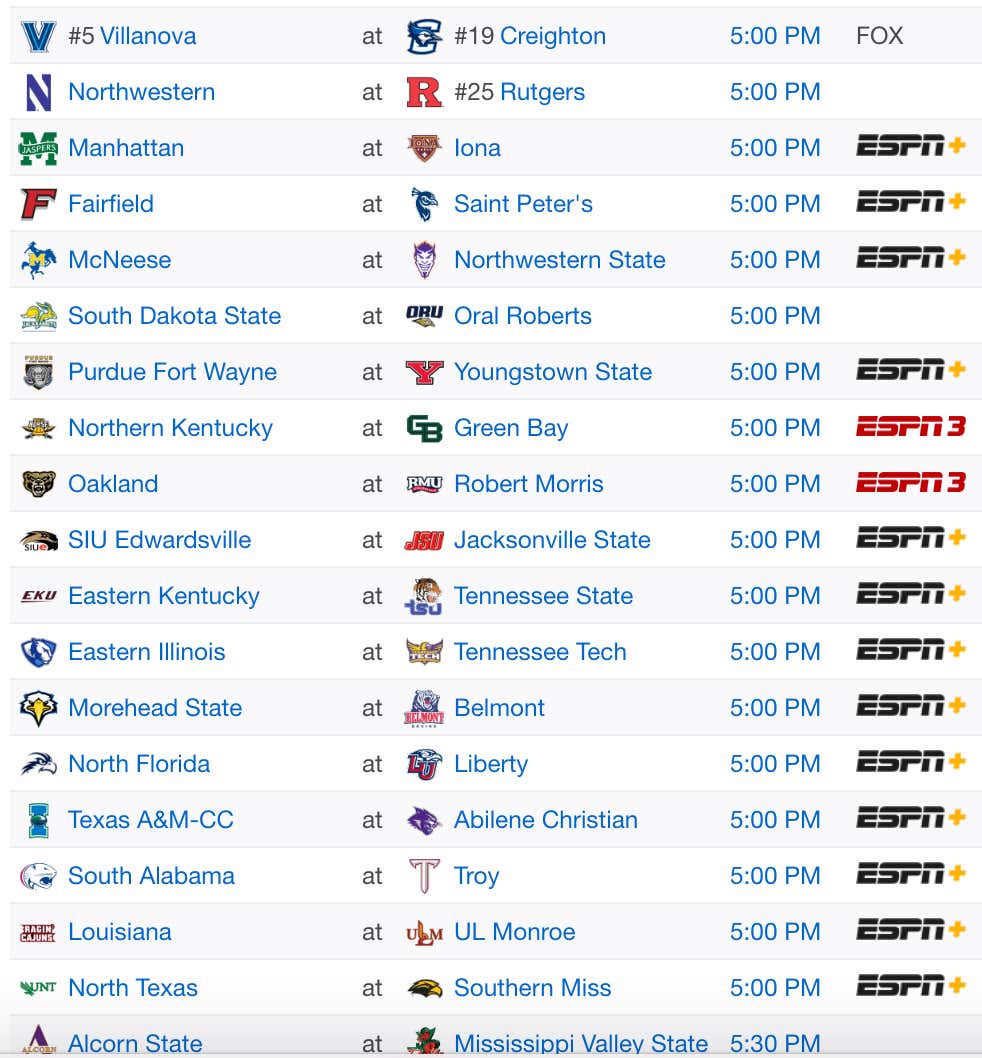 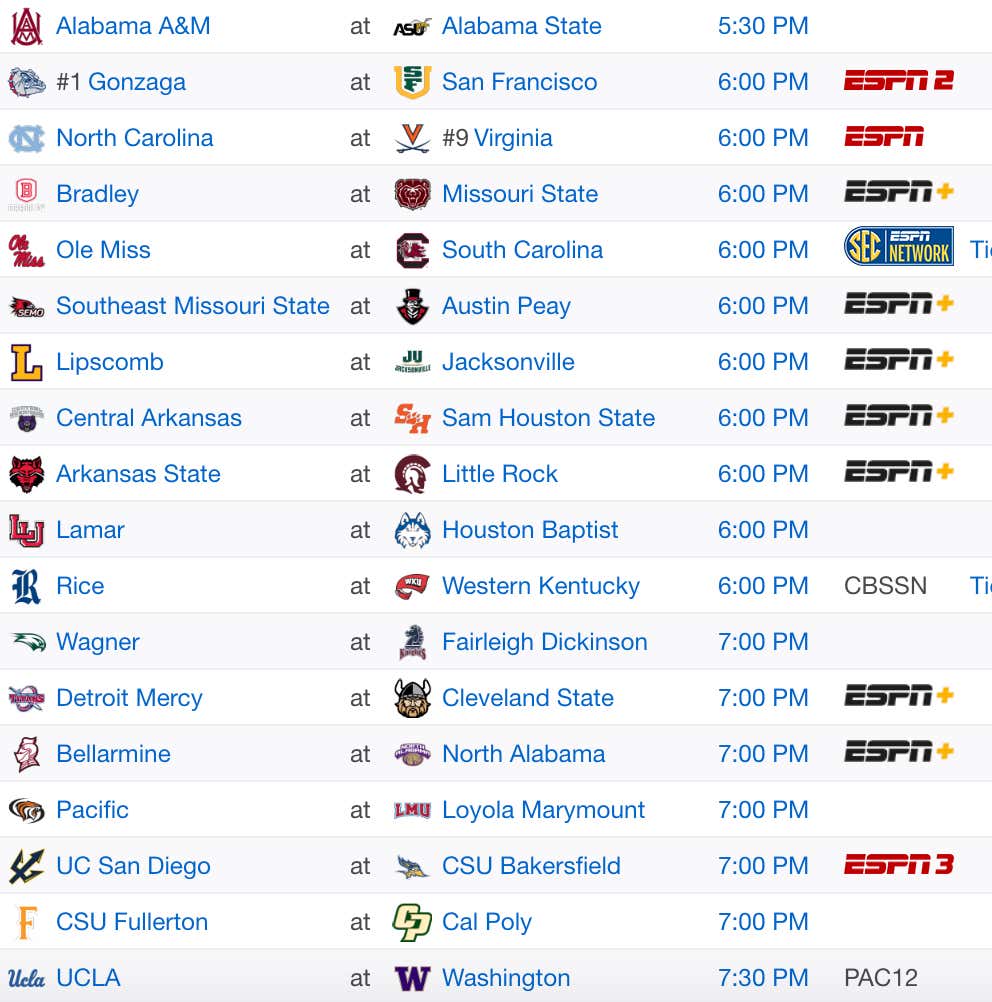 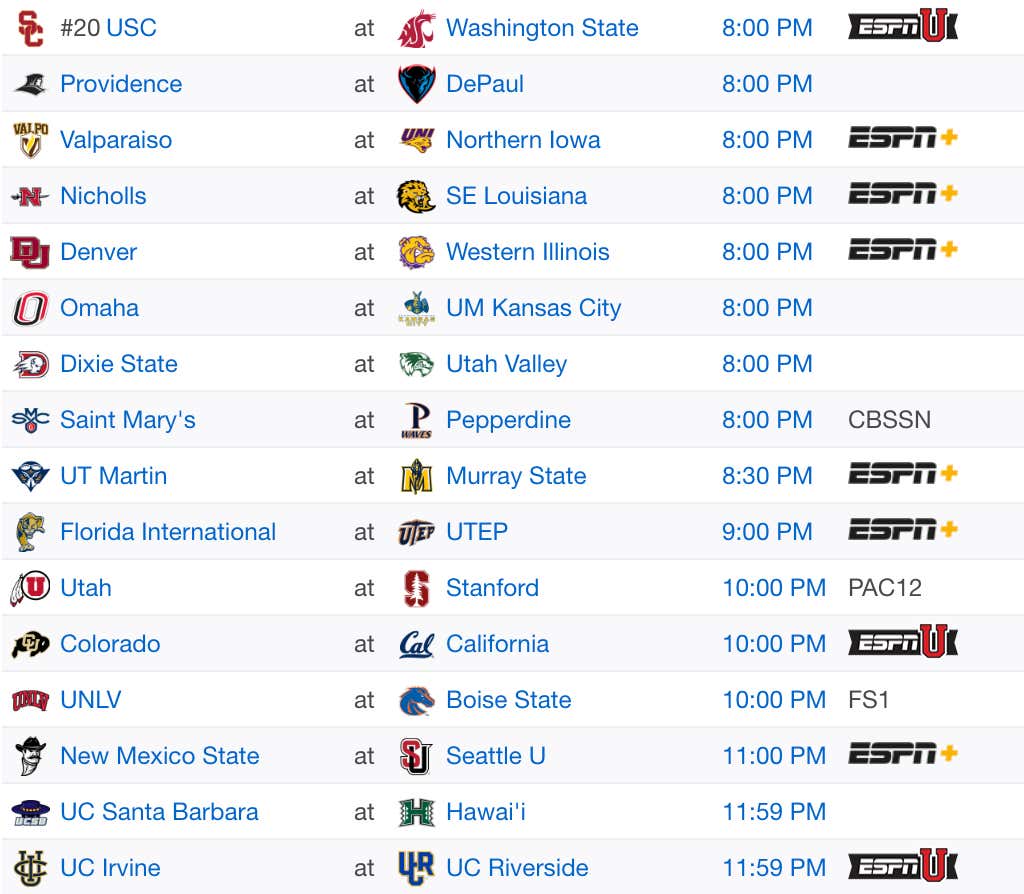 Game is at noon at Drake

Reasoning: Listen, this is by far the most important game on the schedule today. Yes, they are playing a back-to-back here, but Loyola getting 1 win feels vital for their at-large chance. Right now the metrics love them. They are top-15 in KenPom and NET. That said they are lacking that marquee win. Right now they are banking on North Texas hovering around a top-75 team. We could legit see a two-bid MVC which is somewhat wild to think in 2021 if Loyola at least splits here and another team wins the conference tournament. Specific to this game, we're looking at Drake without its best player in Hemphill. Drake will likely having to go small and despite them being a good rebounding team, you're looking at Krutwig, who is a dominant big. I just think that Hemphill injury is too much in this first game. We'll take Loyola even if Sister Jean is going to be all over our screens again.

Reasoning: This is a debate of defensive strategy vs potential regression. WVU appears to be shooting way over its head right now and there should be some sort of expected regression. Now, Oklahoma's defense will give them open looks. They like to pack the paint and dare you to shoot from the outside. I wouldn't be surprised to see them maybe shade Sean McNeil a bit but you dare most of the others to beat you. I love McBride but he's shooting 44%, up 14% on the same amount of attempts from a year ago. He's due for some regression. We'll bank on some below average shooting today - remember Oklahoma already won by 4 once with WVU going 14-for-24 from three. OU can match the multi-guard look and then rotate different looks on Culver.

Game is at 2pm at Arizona

Reasoning: Here comes Oregon. Every damn year under Dana Altman, he takes a mix of transfers, JuCo guys and decent recruits, you forget about them early on and then they are a Sweet 16 team. Well here we are again with him getting pieces back together after missing some time and getting more used to playing without N'Faly Dante. There really isn't a weakness with the Oregon defense. Not shocking with Altman's matchup look. They rebound, they block shots and force turnovers. I'll take the points here.

Game is at 2pm at MSU

Reasoning: Why the hell is this line so low? Michigan State stinks. I know they've won 22 out of 23 at home against Iowa or something like that, but still. This Michigan State team? They are the 2nd worst offense in the Big 10. They can't figure out who should be playing point guard. But something is fishy here. It makes no sense for this line to be this low, it should be at least 7 or 8 points. With all that said, fuck it, let's get weird and see how much of a February Fade Fran is alive this year.

Game is at 5pm at Creighton

Reasoning: Not only does Creighton typically give Nova fits - shout out Ethan Wragge - they actually matchup incredibly well with them this year. Did you know Creighton is the No. 2 defense in Big East play? They are 3rd in defensive 3pt percentage, 1st in effective field goal percentage and 1st in defensive 2pt percentage. At the same time, Nova is dead last in effective field goal percentage defensively and next to last in 3pt defense. What makes Nova unique is not just posting up the guards - kinda tough to do against Creighton's bigger guards - but JRE being a threat on the outside. The problem is JRE has gotten a bit weird about it. He'l pump fake against nobody from 18 feet instead of just shooting the open shot. Mahoney and Bishop can both step out and stay with him.

Game is at 6pm at Virginia

Reasoning: There's a reason UNC lost 6 straight to Virginia from 2017-2020. Now you have a team that can't really shoot, even if Caleb Love is coming on, trying to go against the Packline? Not a great matchup. Virginia takes away the secondary break and are one of the best defensive rebounding teams in the country. There goes the two biggest mismatches for UNC that they typically take advantage of. Again, a reason UNC hasn't scored 50 points in 3 of the last 6 losses to Virginia.