Welcome on back. Need a bounce back day after a tough Saturday with some late losses. We got a decent slate to look at here again on a Tuesday, which is quickly becoming the best weekday for games. It also makes me miss the old Big East strictly for how good the old Monday slate was with that at 7 into Big 12 into the WCC game at 11. Simpler times folks. Anyways, I wanted to highlight Oklahoma State again, who I blogged about earlier. They are that good and that much fun to watch. Let's just get on tonight. 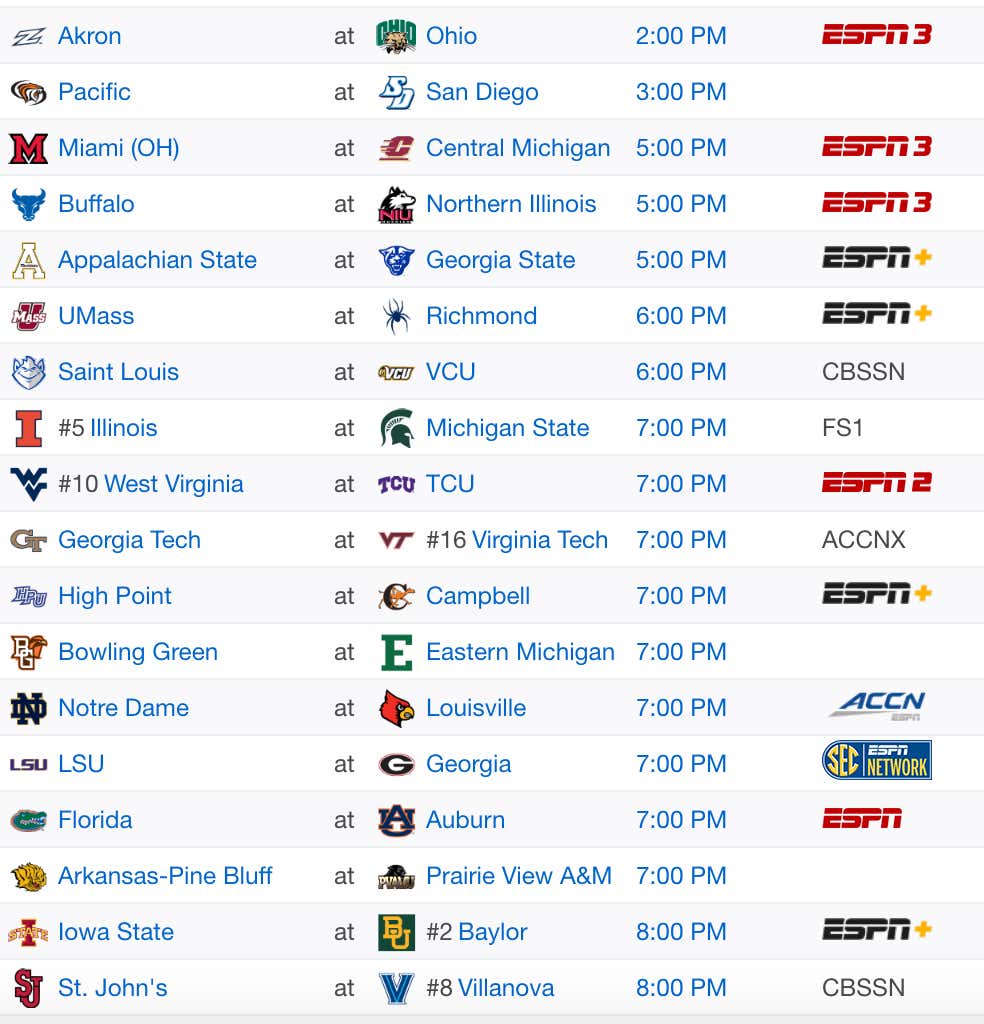 Game is at 6pm at VCU

Reasoning: VCU's key player? Yeah, he's out tonight. Bones Hyland is a damn good player and this is their first game without him. How do they look missing their best player against a Saint Louis team that has a decent record ATS and has had to deal with a pause in the middle of the season? That's what I'm taking here. Hyland is also a massive miss on the defensive side of the ball for VCU, who still relies on turnovers. Saint Louis does a good job taking care of the ball and is the 13th best offensive rebounding team in the country. They should dominate the glass. I'll take the road team here until I see VCU without Hyland more.

Game is at 7pm at Virginia Tech

Reasoning: These teams are actually similar in the style of play. They run modified Princeton offenses and both teams have go-to guys to get a bucket. However, Virginia Tech is coming off a pause. They haven't played since February 6. It's an angle I've looked at all year and with Georgia Tech desperately needing a win it's one I'm going back to today. There are rumors that Tyrece Radford will be back for Virginia Tech, so that's still up in the air. Both teams are incredibly slow on the offensive side of the ball, so we should see a limit in possessions. I am curious to see how Virginia Tech shoots the ball if Georgia Tech runs that morphing zone too. For now though I'm going to fade the shutdown.

Game is at 7pm at Michigan State

Reasoning: Man that 7 point spread seems like the perfect number. Michigan State desperate for a win and Illinois needing a win to stay alive in the Big 10 race. I want to avoid a side there. That said projections for the total are at 145 pretty much any projection site you use. I know Michigan State's offense is uh inconsistent to say the least, but I like taking a total if it's more than 3 off. It's huge that MSU doesn't force turnovers, since Illinois can get careless with the ball. I don't think they'll struggle to score. There's not a great matchup for Kofi, who has been awesome lately. Both teams crash the offensive glass which could lead to some runouts.

Game is at 7pm at Louisville

Reasoning: What happened the last time Louisville played? Oh just a 44-point loss to UNC in its first game back from a pause. You know what I love? Bounceback games. This is written all over the wall. Throw in that Malik Williams is playing again and I like Louisville a bit more here. Notre Dame's offense is so reliant on the 3pt line and that's not exactly the best way to beat Chris Mack's packline defense. Louisville gives up a ton of looks from three but that's by design. They tend to be contested threes. Louisville should also have a huge advantage on the offensive glass. Again, this is all about the bounce back.

Game is at 8pm at Villanova

Reasoning: Is Villanova the better team here? Absolutely. But St. John's isn't the best matchup for them. Nova has gotten killed defensively this year on the perimeter and getting beat off the dribble. Johnnies have plenty of guys that can create havoc that way. Nova is actually the best team in the country in turnover percentage but in game 1 which was a SJU win, they turned it over 17 times. If St. John's can do that again, it's an easy cover. I'm just banking more on the fact that Nova will struggle defensively at staying in front of the ball.

Game is at 9pm at Texas

Reasoning: I know Kansas seems to be back. They appear to be a on roll. They've won 5 in a row, but 3 of the wins were over Iowa State and Kansas State. I'm not sure I'm buying the complete back talk. Yes, David McCormack has looked better, but he hasn't seen a frontcourt like Texas has plus the depth of Texas. And yes, Texas absolutely choked a game away on Saturday against West Virginia. But we're back for misery. We're back on Texas again. This is a make or break game for Texas for me. If they win, they solidify the look of a top-4 seed. If they lose, we're talking potential free fall. In the first matchup the ISO offense Texas runs really exploited mismatches, what changes from there? Sure, Texas might not shoot as well, but the mismatches still stand.

Game is at 9pm at Georgetown

Reasoning: Georgetown is shooting the shit out of the ball right now. Can that hold? That's especially true against UConn's defense. I know James Bouknight isn't 100% still, but he's out there and that matters. I also want to play the angle of how much UConn needs a win. They are on the bubble and can't afford a loss to Georgetown right now. I'm banking on some shooting regression from Georgetown and UConn needing a win.