Welcome on back to our penultimate (underrated word) Saturday of the college hoops regular season. Can't believe it's already here. Anyways, it's kind of a weird schedule today where there's not that one standout game that we've had previously. Plenty of great games though, even some tournament games and a de facto title game which we'll talk about. Just a reminder I'll be doing a daily nightcap show at 11pm on Barstool's Clubhouse. Every night, recapping the day, talking futures, bad beats, whatever people want to argue about. Let's get into today's games. 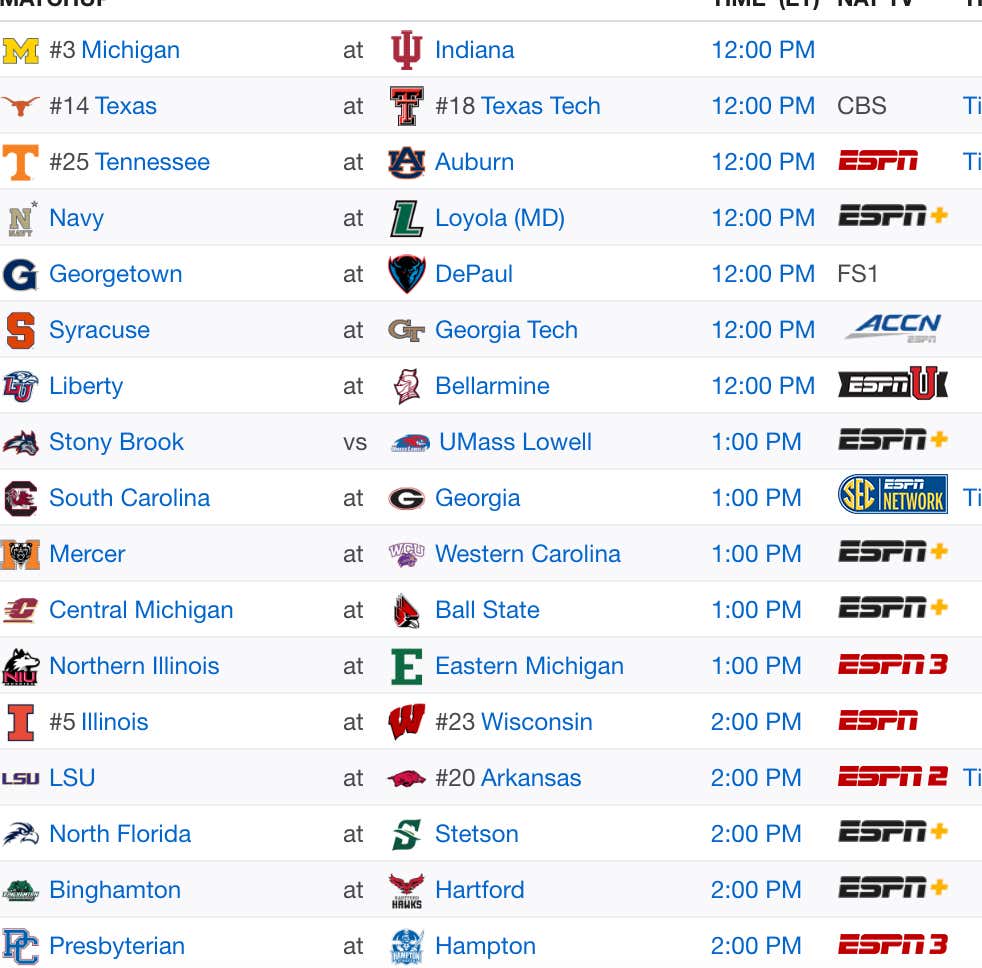 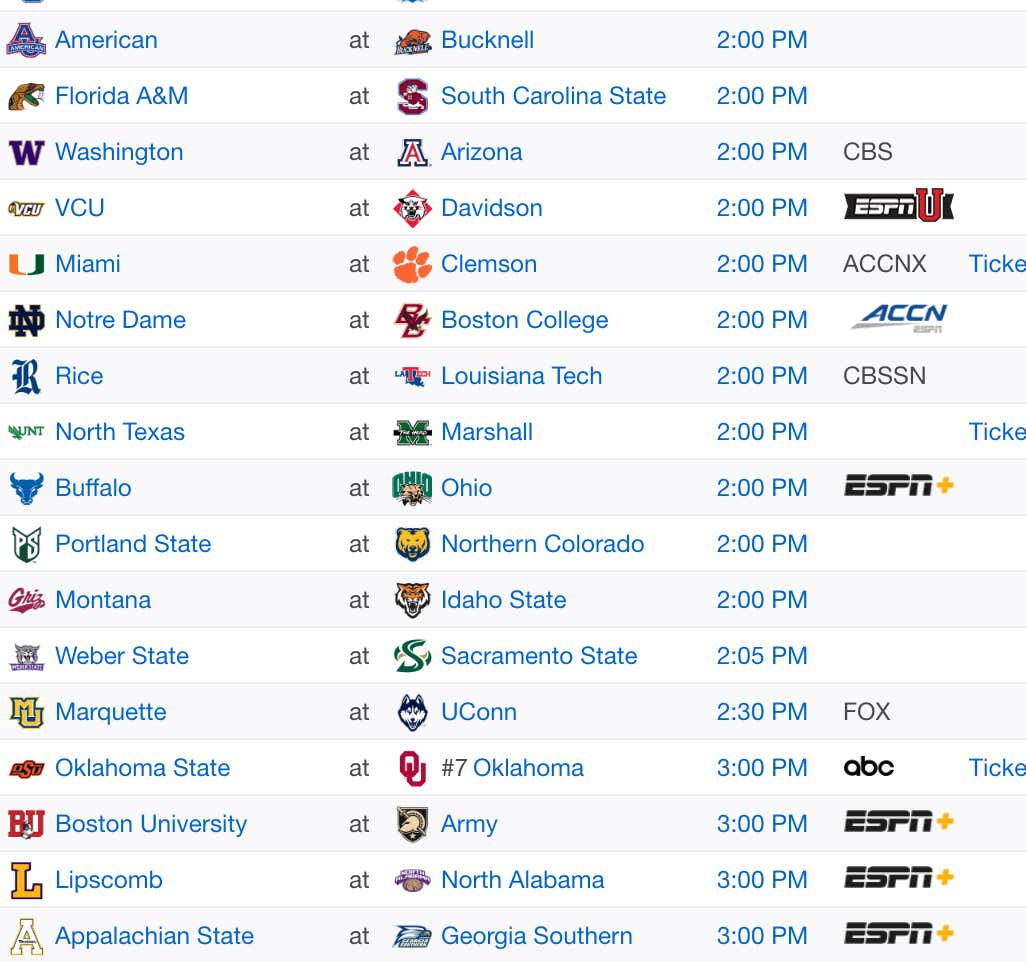 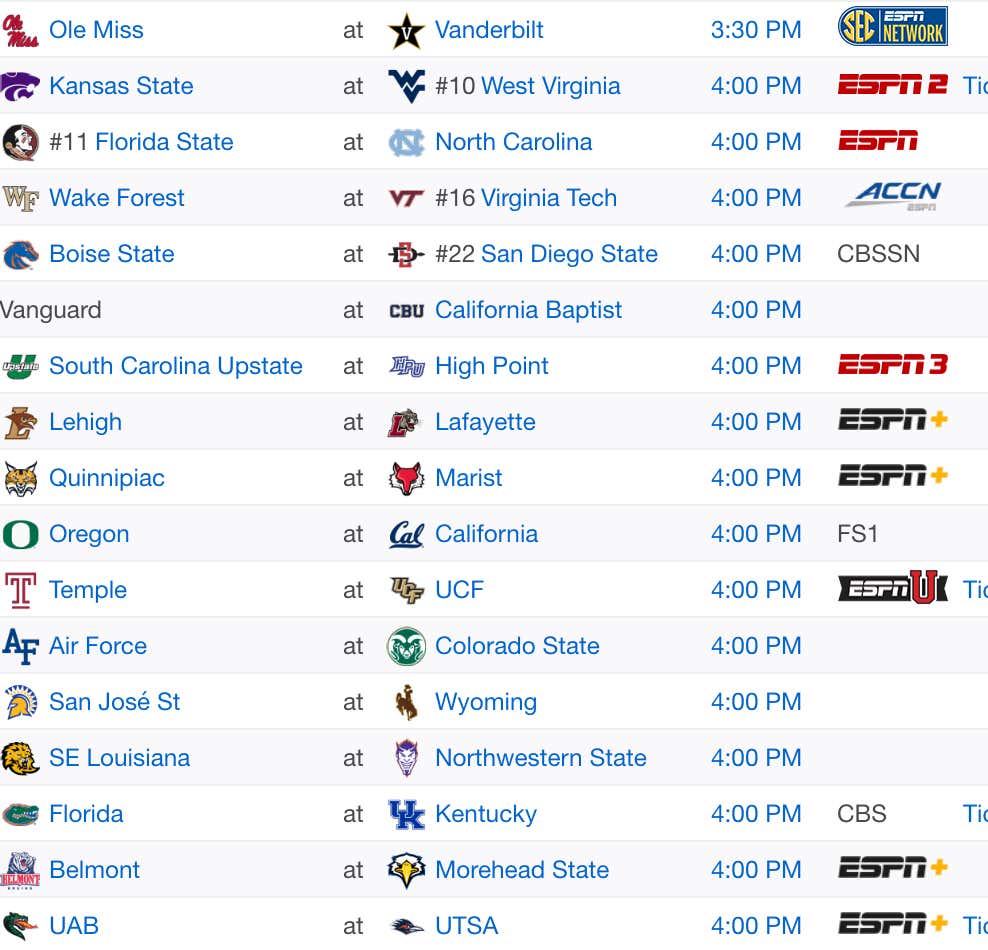 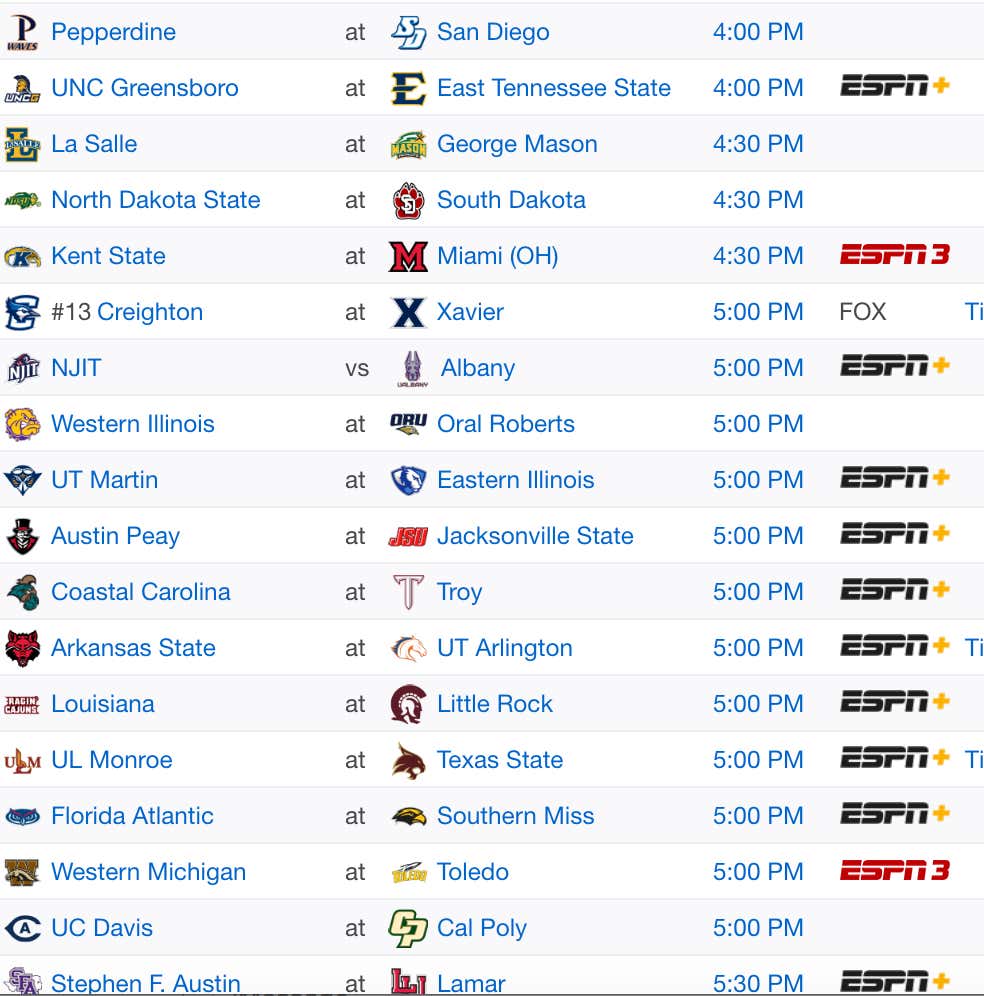 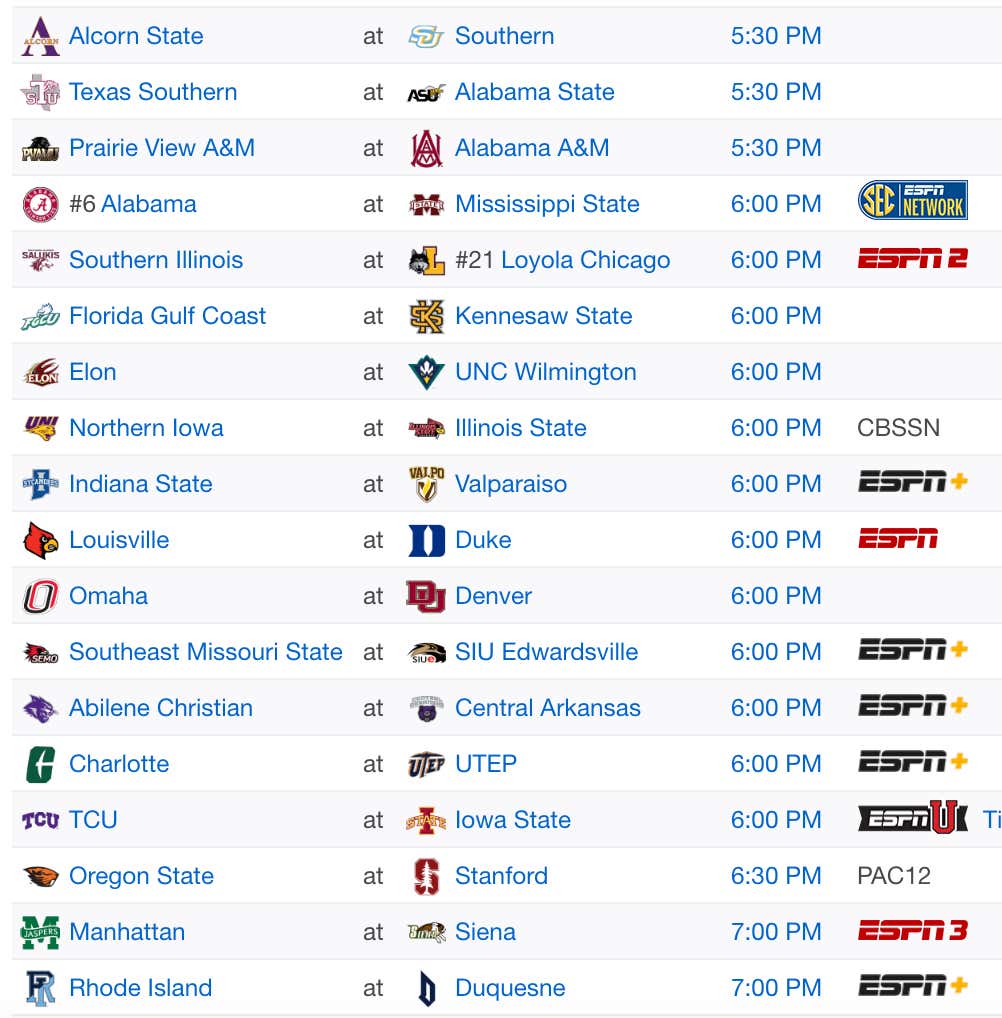 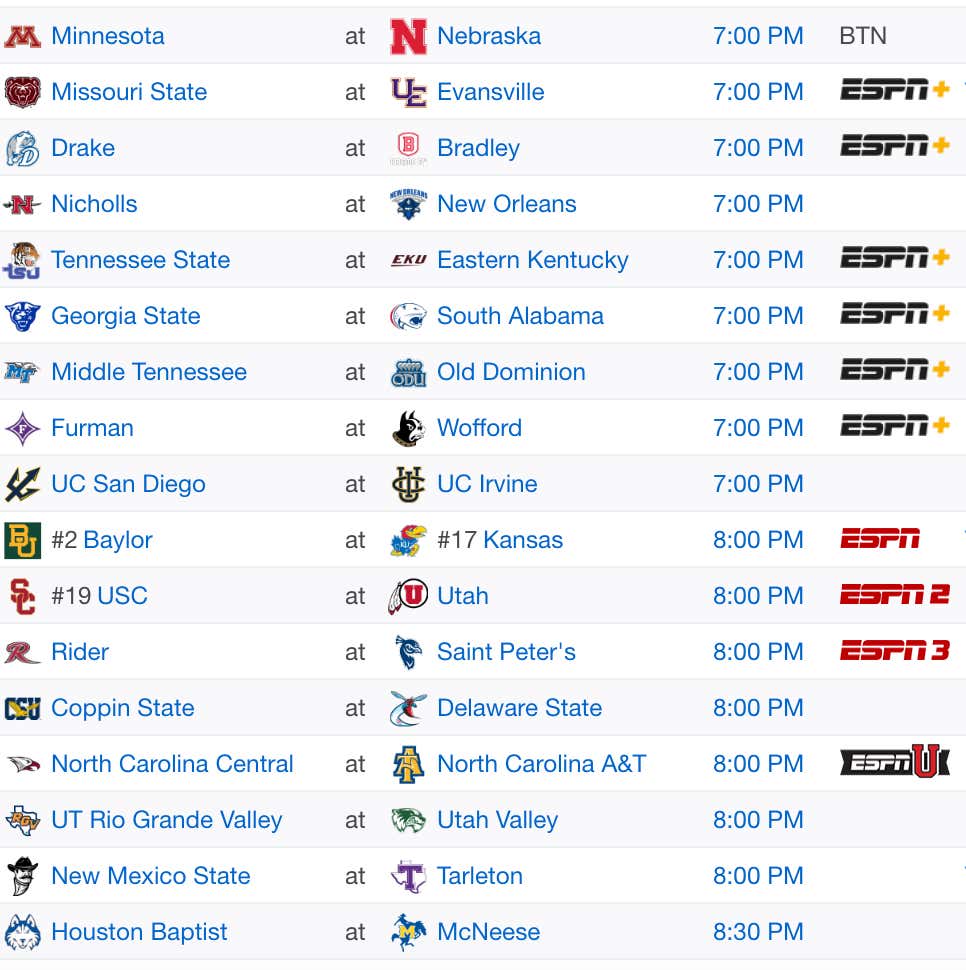 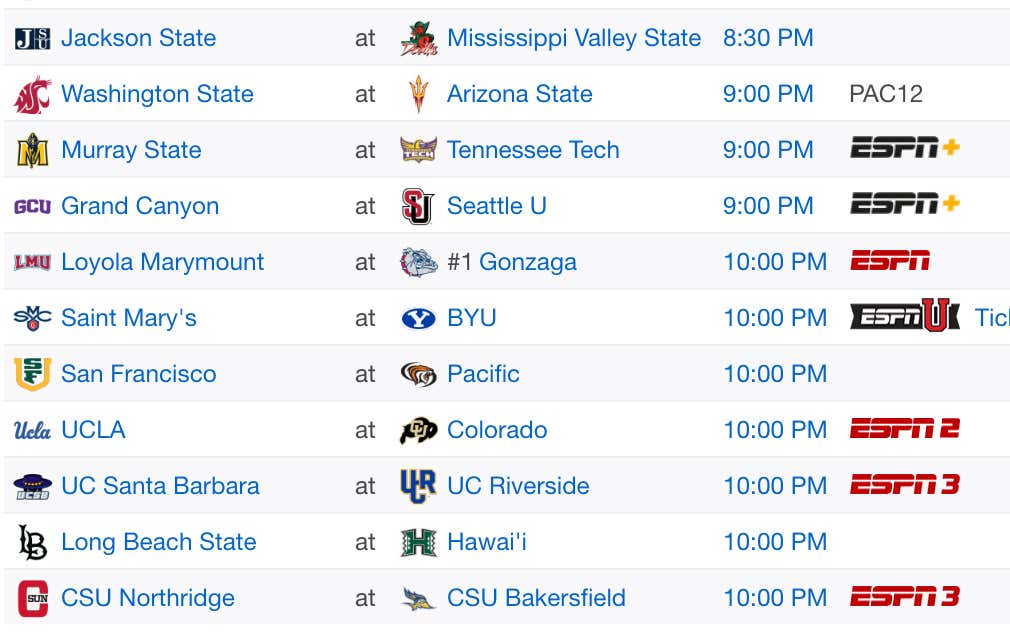 Game is at noon at Bellarmine

Reasoning: First off just fuck Liberty in general. No reason to cheer for them. Second, how can you not cheer for Bellarmine in this spot? First year in Division I and because of dumbass NCAA rules they can't play in the NCAA Tournament. The whole probation period for transitioning to Division I basketball which makes NO sense. They get a home game now to win the A-Sun regular season. One game, winner take all. Both teams are 10-2 in the conference. I don't need to break this game down because I don't care. This is a straight up fan bet. Fuck Liberty, fuck the NCAA. LET THE BOYS PLAY.

Game is at noon at Georgia Tech

Reasoning: You know what sucks this year? Syracuse's defense. It's nearly impossible to back them right now with how bad they are playing there. This Georgia Tech team is actually sneaky … fun, decent? They are fighting for a spot in the Tournament, firmly on the bubble. Those are the sort of teams that I tend to like to back in the last week or so here. Georgia Tech has a top-20 offense in the country led by Moses Wright and Jose Alvarado. They can beat you any which way. They can run, they can play halfcourt sets. Again, they are fun to watch there. I don't think Syracuse is all the close to the bubble, they are for sure behind Georgia Tech so we're going to play that angle here.

Game is at noon at Texas Tech

Reasoning: I'm officially worried about Texas Tech's defense. They keep getting beat off the dribble. That doesn't happen to a Chris Beard team. They run that no-middle offense and the first step is, you know, not getting beat. Texas actually destroyed them with their ISO sets in the first game, they just could not make a shot or a free throw. I still think Texas might be a bit overvalued because of how much their guards press and let teams back in games. But, getting 3.5 against a Tech team that is struggling to stop what Texas does best?

Game is at 2pm at Arkansas

Reasoning: LSU is one of the few teams that can run with Arkansas and it suits the game. They kicked Arkansas ass earlier this year but I'm not going to read too much into that. Both teams want to force tempo on both sides of the ball so it sort of matches up here. I know Arkansas is is one of the hottest teams in the country but it just seems like 6 is too much right now against LSU.

Game is at 3pm at Oklahoma

Reasoning: Two main reasons here. Let me start by saying I love this Oklahoma State team. They are my answer when someone asks me for a sleeper in the NCAA Tournament. But this isn't a great matchup for them. Lon Kruger's defensive theory is to just build a wall in the paint and dare you to shoot. That's not where Oklahoma State thrives. They are way better are creating havoc in the lane and using Cade Cunningham as that playmaker. Also this screams Oklahoma bounce back. They blew a game to Kansas State. Just ugly. Now they get their rival at home? Feel like it's the perfect recipe for Oklahoma here.

Game is at 6pm at Mississippi State

Reasoning: Bounce back game baby. Alabama got its ass kicked by Arkansas. Wasn't even close. They were pissed at refs, Arkansas, everyone. Now they get a Mississippi State team that can't really score and wants to ugly it up. Perfect opportunity for Alabama to spread them out and just bombs away. There is not one single redeeming thing about Mississippi State's offense except offensive rebounding. Alabama should have plenty of runouts because Mississippi State turns it over just a ridiculous amount. They'll ugly it up defensively, but I'm not too worried about that here. It's all about the bounce back for Bama. They gotta keep a shot at a 2 seed alive.

Game is at 6pm at Duke

Reasoning: FADE DUKE TIME. It's basically where I'm at the point where I don't fully buy that Duke is back and I think Louisville is incredibly undervalued. They have dealt with COVID pauses, false positives and now they have Malik Williams back. I still think Louisville is a better team than Duke so you're giving me 5.5? Thank you. I still don't think Duke has someone to stay in front of Carlik Jones. There's a reason he had 24 and 5 in the win a month ago. This line just feels inflated with people getting excited about Duke again. But not me. I'm taking Louisville in what's my least favorite game of the season.

Game is at noon at Loyola

Reasoning: Navy is a fucking covering machine in the Patriot League. But mostly it's the matchup here. Navy runs this trapping zone with Ed DeChellis hence why they are 57th in turnover percentage. Loyola simply doesn't have the ball handlers to deal with it. It's why Navy kicked their ass in the first game. There's nothing to make me change that will change here. Loyola didn't all of a sudden get a ball handler. They still play through Aldama, which should be taken away or at least limited here.