Let me be the first to officially welcome you on back and more importantly to March. We got our first conference title game today in the OVC between Morehead State and Belmont. Like I've done for the last 5 years, I plan on picking all 31 title games as we head into the NCAA Tournament. I'm a sucker for these mid-major tournaments. It's the one chance for these kids to make the NCAA Tournament. So many people fall in love with Cinderella every year, well start paying attention to the tournaments going on because those are the 12/13/14 seeds that everyone wants to win. We had a rough Tuesday going 2-5 and losing 3 games by a combined 4 points. Let's get into today's games, the conference pick will be at the end: 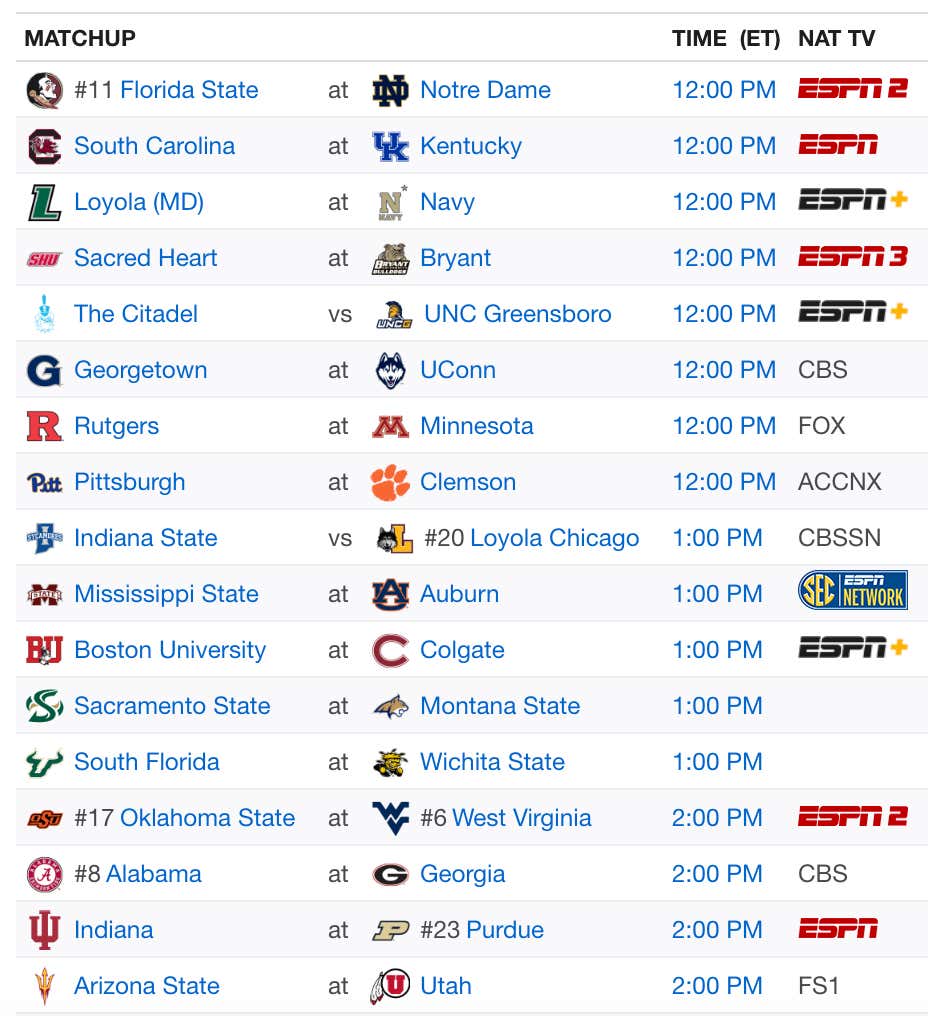 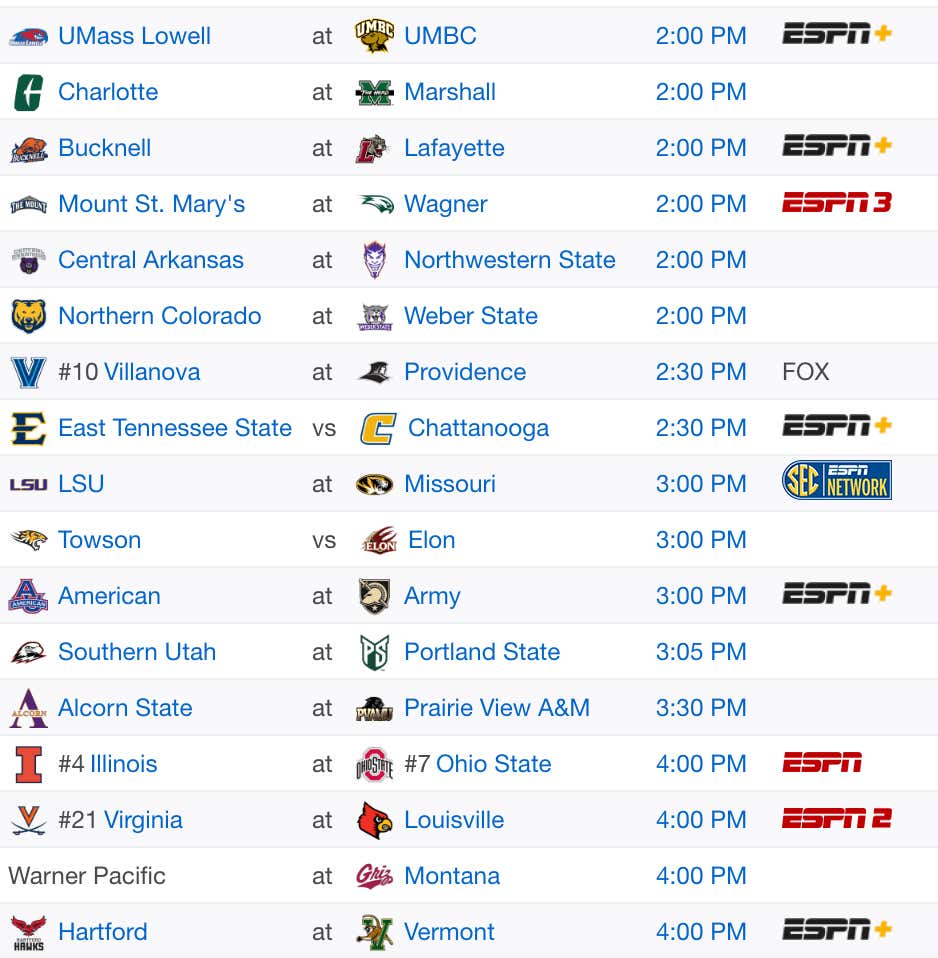 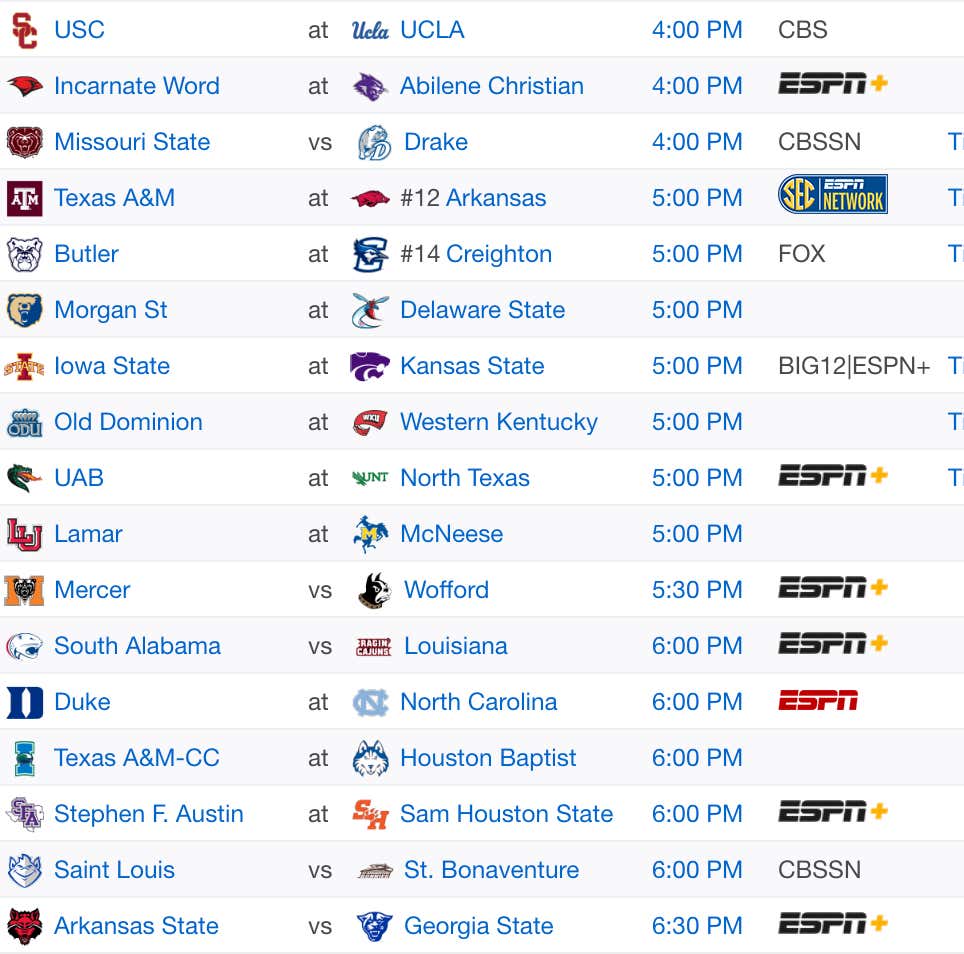 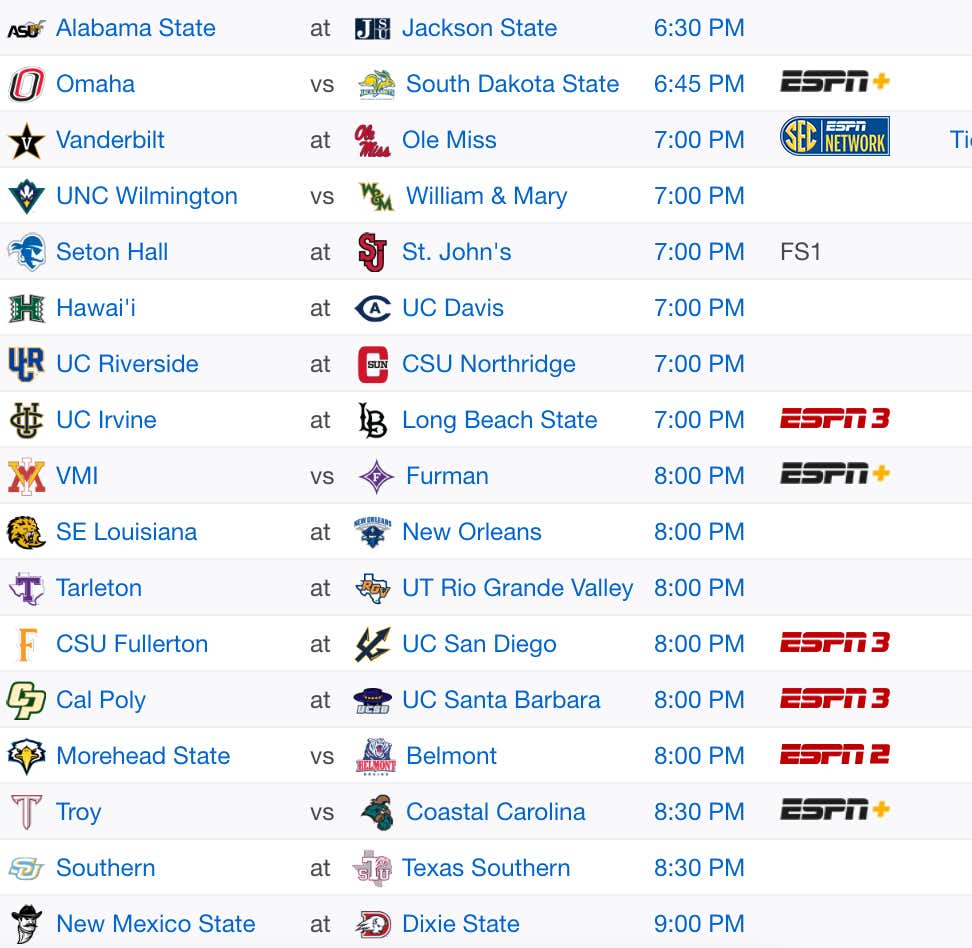 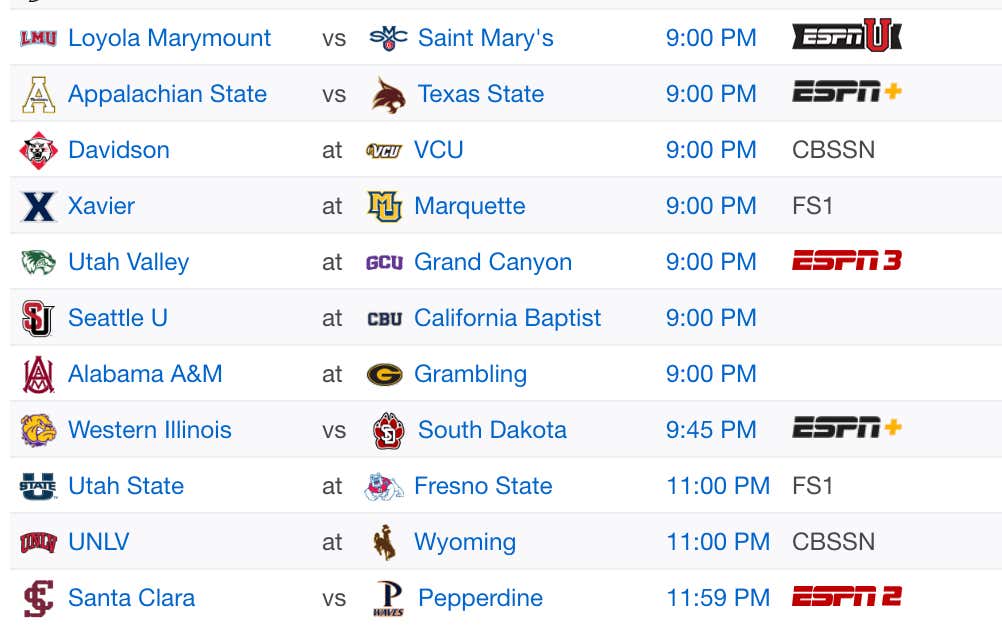 Game is at noon at Navy (Patriot League Tournament)

Reasoning: We're officially 2-0 betting this game, let's get another one. Here's what I wrote last time and it's still the same. Navy runs a trapping zone with Ed DeChellis hence why they are top-60 in turnover percentage. Loyola simply doesn't have ball handlers to deal with that sort of pressure. That's why Navy has kicked their ass 3 times this year so far. Loyola all of a sudden didn't get a ball handler. They play through Aldama. Navy didn't even have Cam Davis last time out and he should be out of protocol. Let's go Mids.

Game is at noon at Bryant (NEC Tournament)

Reasoning: I'm a little worried about Bryant having guys out for this game coming off a COVID pause, but the fact is the schematic matchup is horrendous for Sacred Heart. Bryant plays a zone, pushes tempo and really extends a press. Sacred Heart shoots a ton of threes but doesn't make them. They give up a ton of offensive rebounds, Bryant is top-100 in offensive rebounding. From a scheme standpoint, Bryant should win this.

Game is at 2pm at Purdue

Game is at 2pm at WVU

Reasoning: We're back on WVU after heartbreak on Tuesday. Here's the thing. Oklahoma State is most likely without Cade Cunningham and Isaac Likelele, by far 2 of the 3 most important players on that roster. I like this Oklahoma State team a ton, been pretty clear about that. But not having Cade and Likelele against WVU isn't great. I think WVU is the 5th best team in the country. They are fighting for the top 2-seed and a real outside shot at a 1 seed. Even if Oklahoma State doesn't have Cade it counts as a quad 1 win. Don't be surprised to see Huggins run it up a bit to help skew the NET.

Game is at 5pm at Creighton

Reasoning: We know Greg McDermott is suspended for at least this game and is completely away from the team.  How do they react to that? Along with that Butler actually defends the perimeter incredibly well. They limit offensive rebounds and are 2nd in the Big East in 3pt percentage defensively. Again between that and the McDermott suspension it just feels like Butler can stick around and cover 12.5. They lost by 4 earlier this year so let's take the Bulldogs.

Game is at 1pm at Auburn

Reasoning: So it sounds like Sharife Cooper is out again and that's just massive for Auburn. On top of that Auburn's guards actually suck defensively. Mississippi State's duo of Stewart and Molinar are good enough to kill you in PnR sets out of there. Throw in that Mississippi State is still 16th in the country in offensive rebounding percentage and Auburn is 293rd in defensive rebounding and there are free points. You also have to wonder if Auburn is just dead because they have nothing to play for. They are on probation this year and have no postseason.

Game is at 2:30pm at Providence

Reasoning: Plain and simple it's the first full game without Collin Gillespie. How does Nova bounce back from losing him for the year to a torn MCL? What happens if there is foul trouble? We saw them use JRE as a point forward in the first half when Moore had foul trouble. I don't think you can keep playing that way. The depth isn't there and Providence gets a bit weird defensively with different looks. Just feels like a free game for Nova since they already won the Big East and can experiment what to do going forward.

Game is at 2pm at UMBC (America East Tournament)

Reasoning: Pretty simple for me here. Obi Noel is fucking awesome and is rested. UMBC struggles big time in PnR settings defensively. Lowell is going to run nothing but Noel in PnR. Just be good enough to cover the 6.

Reasoning: Yeah, Belmont looks just fine with Muszynski healthy. Not only that but Grayson Murphy might be the best passer in the country. The dude just gets to the spot and hits Muszynski with the perfect pass every time. He torched Morehead State in the first game with a triple-double. They lost in OT the second game but Murphy again 24/13/7. In the game Morehead won they went 31-for-39 at the free throw line. Don't think we see that many fouls called again.