Two short months ago Jordan Spieth was a lost man. After missing the cut at Torrey Pines, he had tumbled all the way down to 92nd in the world rankings. He had missed 5 out of 8 cuts and hadn't even notched a top 25 since a T-13 at the Memorial back in July. Couldn't keep a drive on the map whatsoever and the rest of his game was more or less MIA too. Straight side of a milk carton like you read about.

On Monday of Waste Management week back in early February, I looked at the board for that week and couldn't believe my eyes.

I mean this is a 3-time major winner we were talking about here. It was very well known that his game was in the dumpster and had been for a good while, but man… what a telling sign that was to see him that far down on the board at a tournament where honestly… the field wasn't all that great.

Sure enough, that was the week where he started to put it together. He actually drove the ball terribly that Thursday, only hitting 2 of 14 fairways but somehow pulled a 5-under 67 out of his ass. It was straight Houdini shit (which is vintage Spieth) and maybe it was flukey, but it worked and it put him near the top of the leaderboard after Day 1. Perhaps he was already close to turning a corner and maybe he wasn't, but that Thursday round seemed to pump a ton of confidence into him and the rest of his game and it showed the rest of the week. His wedge and putter became a highlight machine on Saturday on his way to a 61, at which point I immediately declared him back.

Some might say that declaration was premature because he didn't close out that tournament and finished T-4, but it was abundantly clear to me that he had turned a corner and had gotten his swagger back. He continued to churn out highlight after highlight in the weeks that followed, including a hole-out while in contention at Pebble Beach and a hole-in-one at Bay Hill.

These were electric moments and that's what Spieth is all about, but the results were there too. His results since the missed cut at Torrey:

Dell Match Play: T-9 (Advanced out of group play, lost in Round of 16)

And finally… the win yesterday at the Texas Open, his first since 2017. That's a helluva ascent at some of the game's most iconic courses against some really elite fields. And he wasn't even welcome at every Tour event the past few weeks. The hole he was in was so deep that he wasn't even invited to the WGC event at the Concession. That's how down bad Jordan was.

Now he's back in the win column, driving the ball juuust decent enough to stay out of his own way, and is completely dialed in with the rest of his game. Scary stuff for everyone else going into golf's biggest week.

We all know what Jordan is capable of at Augusta National. His track record speaks for itself.

Now that he's got his game in order, he has every right to be the 2nd favorite going into this week. This course was built for him with these undulating greens and all the tight lies around them. The rough at Augusta is not all that punishing either so his frequent misses off the tee really aren't all that penalizing.

Jordan Spieth is always going to be a storyline at Augusta National. The fact that his game is peaking and he's likely stolen the top storyline from DJ and Bryson is just tremendous. So good for the game that guy. So good.

Can't wait to see him go to work. 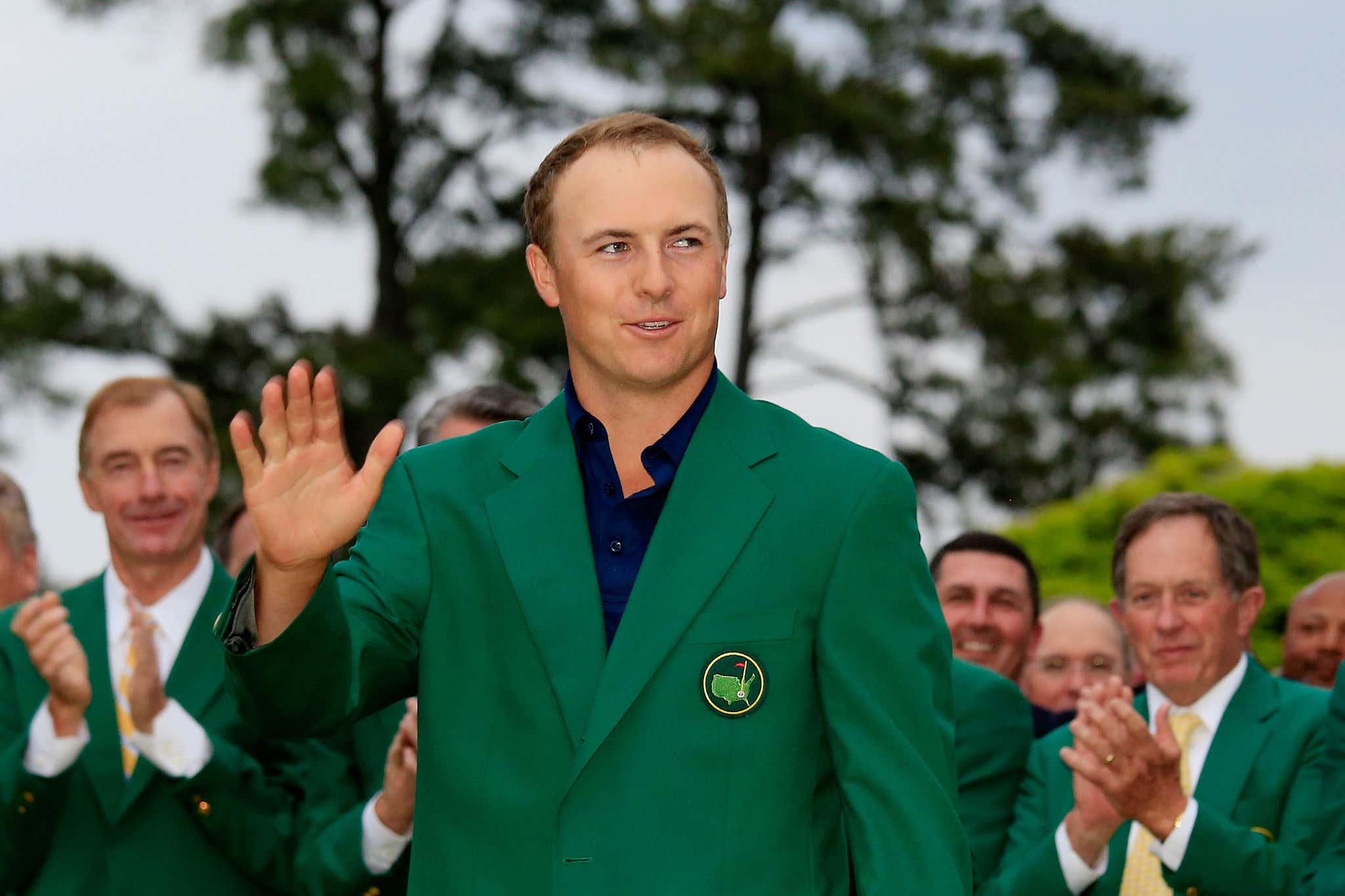