Another fun day in the books at Augusta. The conditions played much easier today than Thursday as it appears they softened up the greens a bit to encourage some scoring. Ton more players in the red.

Justin Rose had a rocky start to the day falling back to the field at -4 before getting his shit together and pushing the lead back up to -7. While he's still the solo leader, he gave a lot of ground back to the field and there's a whole pack of dogs nipping at his heels. Lot to get into so let's hit it.

Jordan continued to show that the run he has been on is no fluke, and really may have played his most even-keeled round in a while today. His bogey on 12 was his only of the day, and sprinkled in 5 birdies for a strong 68 to put him 2 behind Rose. His putting was strong but it wasn't as if it carried him today like it often does. This bomb he made on 17 was his only long make of the day.

I guess what I'm trying to say that it's his tee-to-green game that's really carrying him this week. He's hit 22 of 28 fairways so far and 30 of 36 greens in regulation. That's the most GIR's in the entire field. Thursday got a bit adventurous but his play was very consistent all day Friday. Jordan is trending up and that's why he's the live favorite after 36 holes at the Barstool Sportsbook. 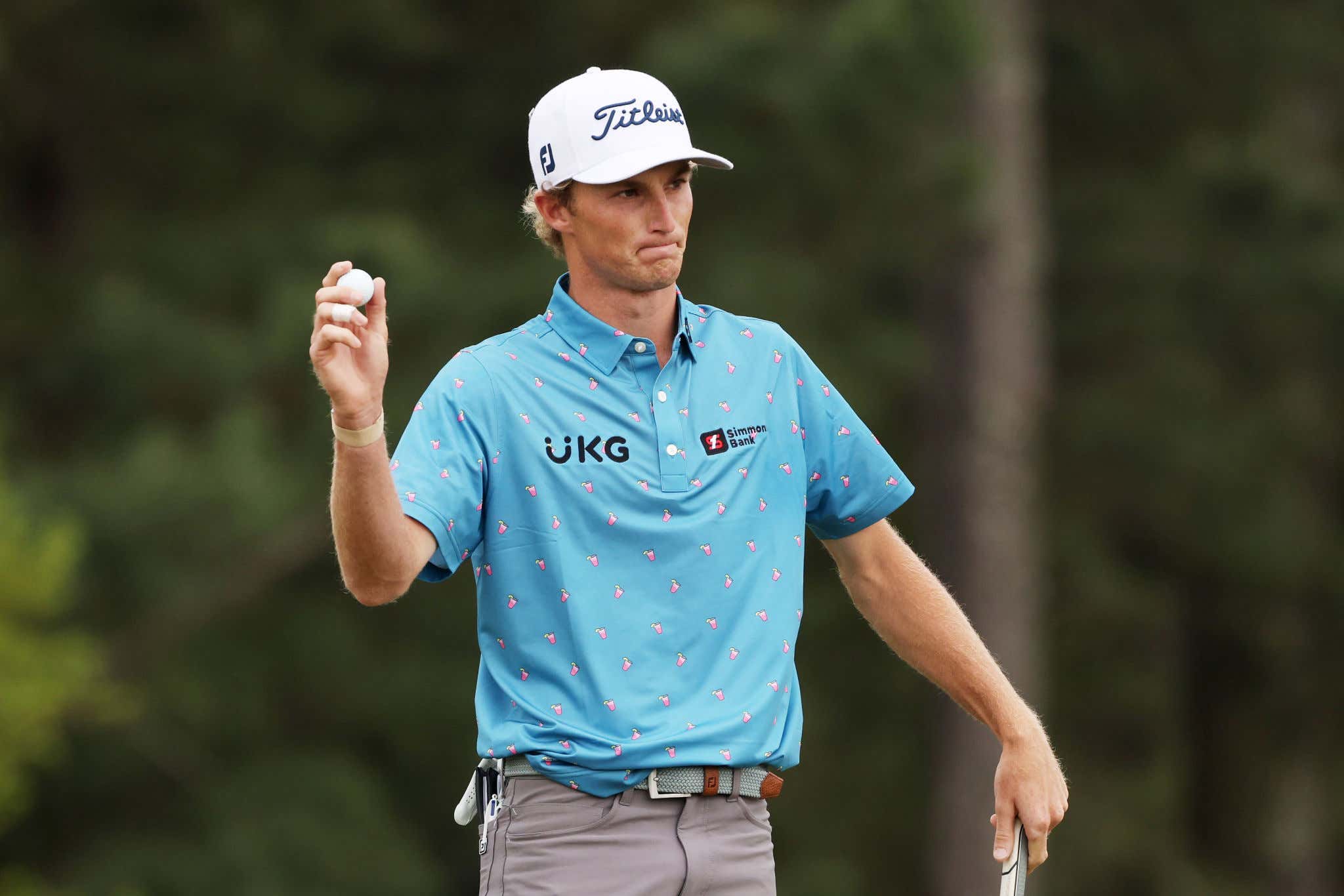 Youngster had himself a helluva round today following up an opening round 70 with a 68, including birdies on 5 of his last 8 holes. The Wake Forest grad has made a name for himself early this year with phenomenal ball striking and some surprising power given his slender frame. Nobody who's 150 lbs dripping wet should be able to blast a tee shot where he did on 18. He's one of only two debutants to make the cut (Robert MacIntyre is the other) and he's in great position to try to become the first to win here since Fuzzy Zoeller in 1979. Not too shabby. 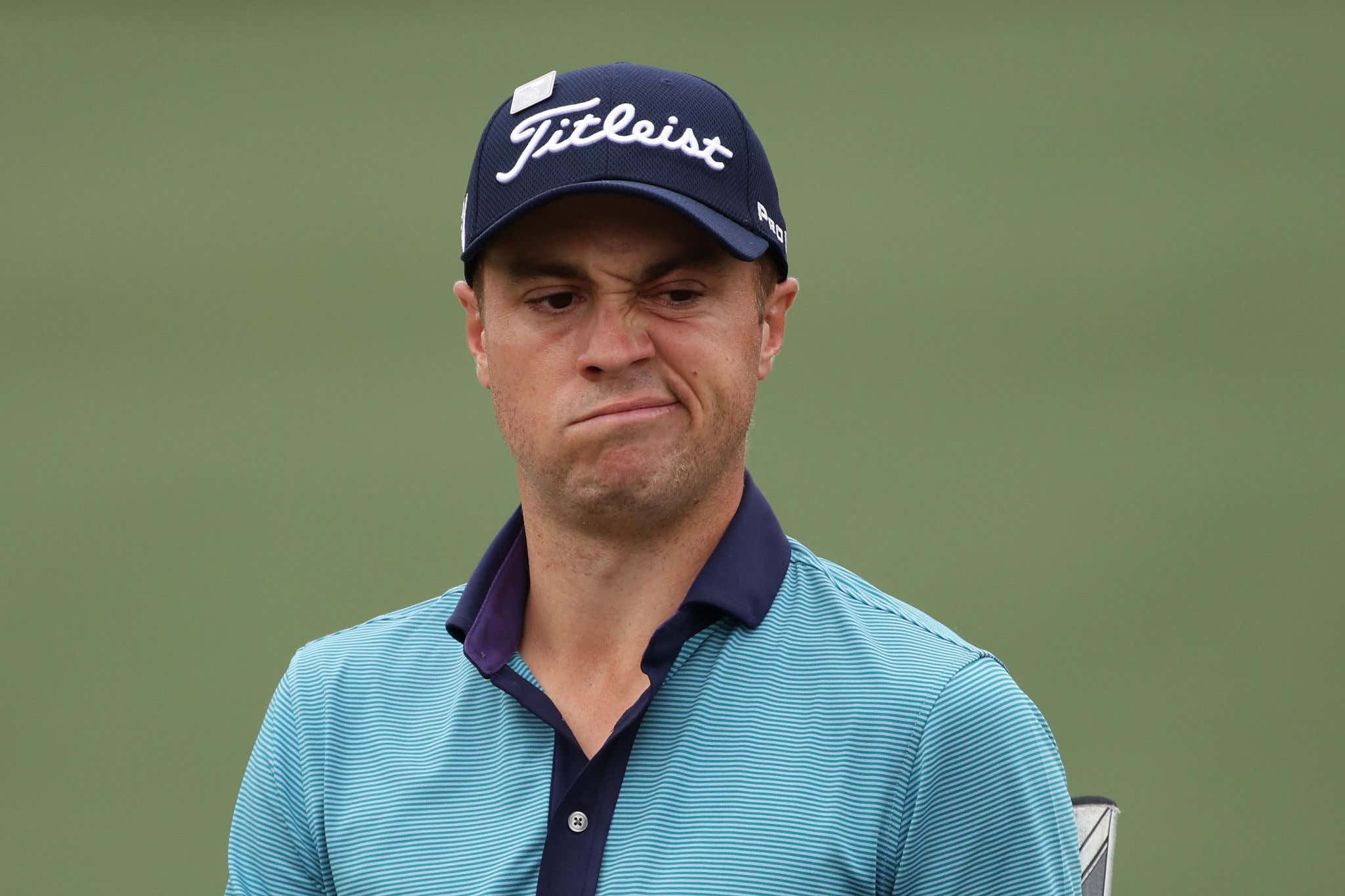 My pick to win the whole shebang had himself a day out there to jump into the mix with a 5-under 67. He allllmost went bogey free before dropping a shot on 18. There are times when JT gets it going where he looks untouchable and we saw that when he birdied all 3 holes in Amen Corner today.

When his iron game is on there might not be anyone better in golf. He struggled Thursday but dialed it in today by hitting 16/18 greens. Moving Day at the Masters usually means the conditions are scorable, and that's gotta be a terrifying proposition for Rose and the field with JT lurking and playing well.

Tony had it COOKIN today with a low round of the day 66 (tied with Bernd Wiesberger). What's crazy to me is that he's hit less than half of greens in regulation. Only 3 of the 54 players who made the cut can say that, and the other 2 are buried on the leaderboard. He's been scrambling his dick off and dominating the par 5's, where he was -4 under today alone. That's the formula here at Augusta, especially for a guy like Tony. If he starts to hit more of these par 4 greens, look out.

Don't ask me about this putt though, I have no comment.

You simply have to respect this type of consistency. 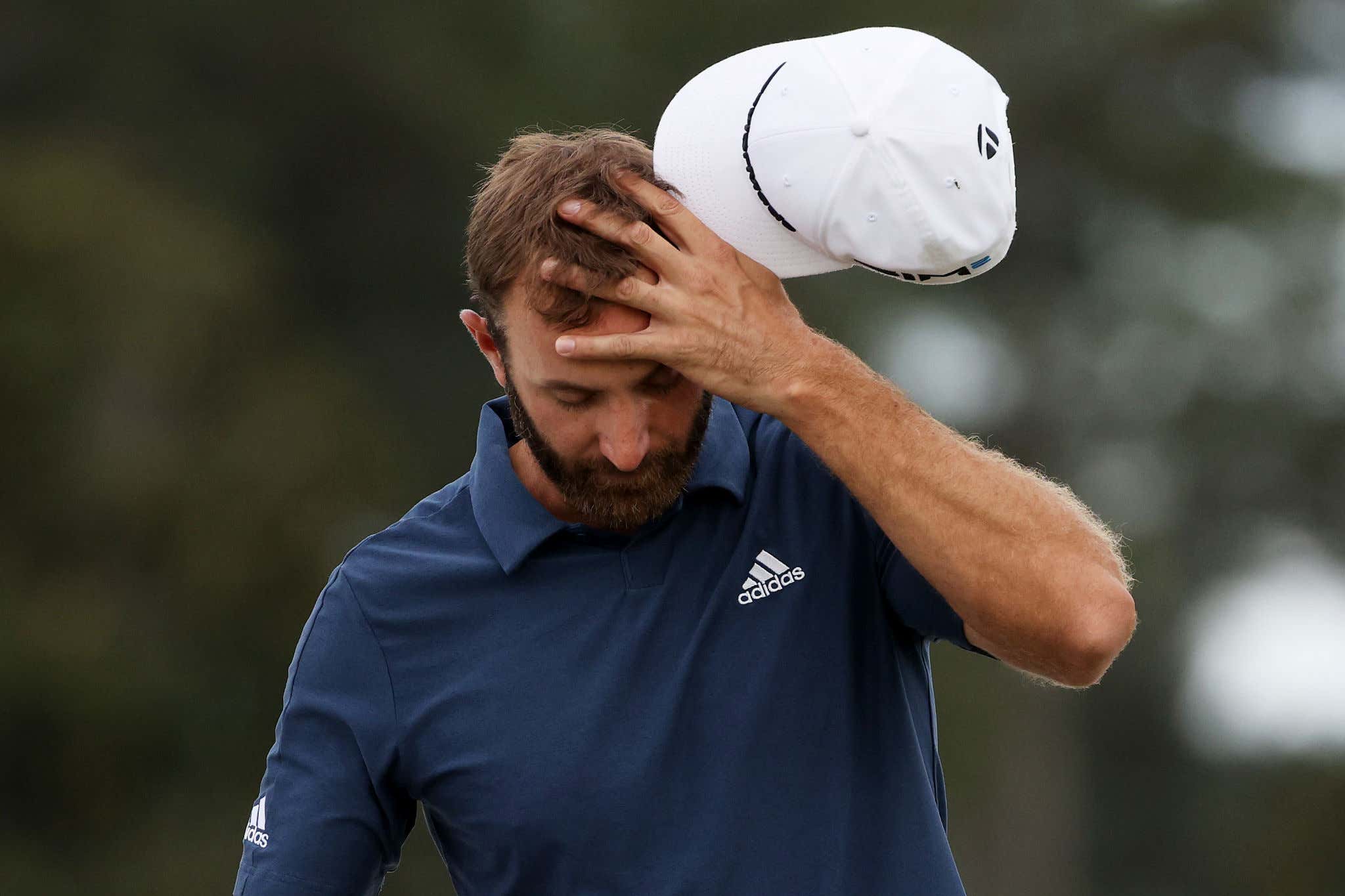 Baffling. What a difference 5 months makes. The guy who blew Augusta National into smithereens with a record setting 20-under performance in November is out. This looked like a possibility early in the day (especially when he blew a putt past the hole and down the ridge on 6), but it had looked like he had righted the ship coming out of Amen Corner. The error putting the ball in the drink from inside 200 yards on 15 was the fatal error that likely made it an early week for DJ. There are worst places to be stuck for another 2 days, but tough scene for DJ and those who may have invested heavily (but responsibly) in him in any calcuttas (aka me). 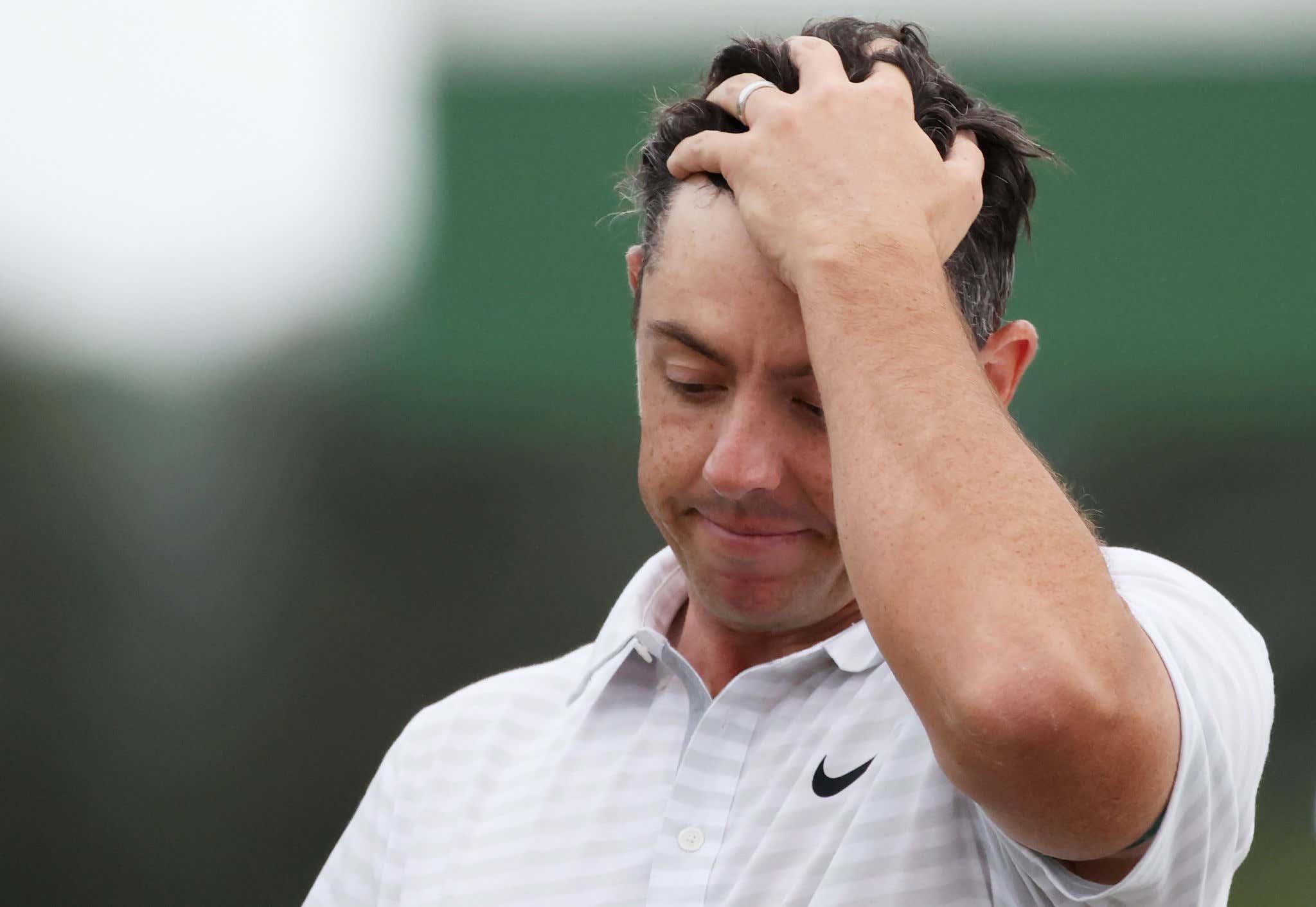 Rory is lost at sea. We saw it at THE PLAYERS when he admitted that his swing was out of sorts trying to chase speed, and his play has only continued to crater. He's got a new coach so I'm sure there's a lot of moving parts in his game. It's just poor timing to have these changes ongoing during the biggest event of the year, especially when it's the biggest and last major box for him to check. He's gone nearly 7 years since his last major and while he's backdoored some good results in majors, it's been a long time since it's felt like he's really been in the mix on the back 9 on a Sunday. He's got his work to cut out for him before Kiawah next month, where he won the 2012 PGA Championship by 8 strokes. 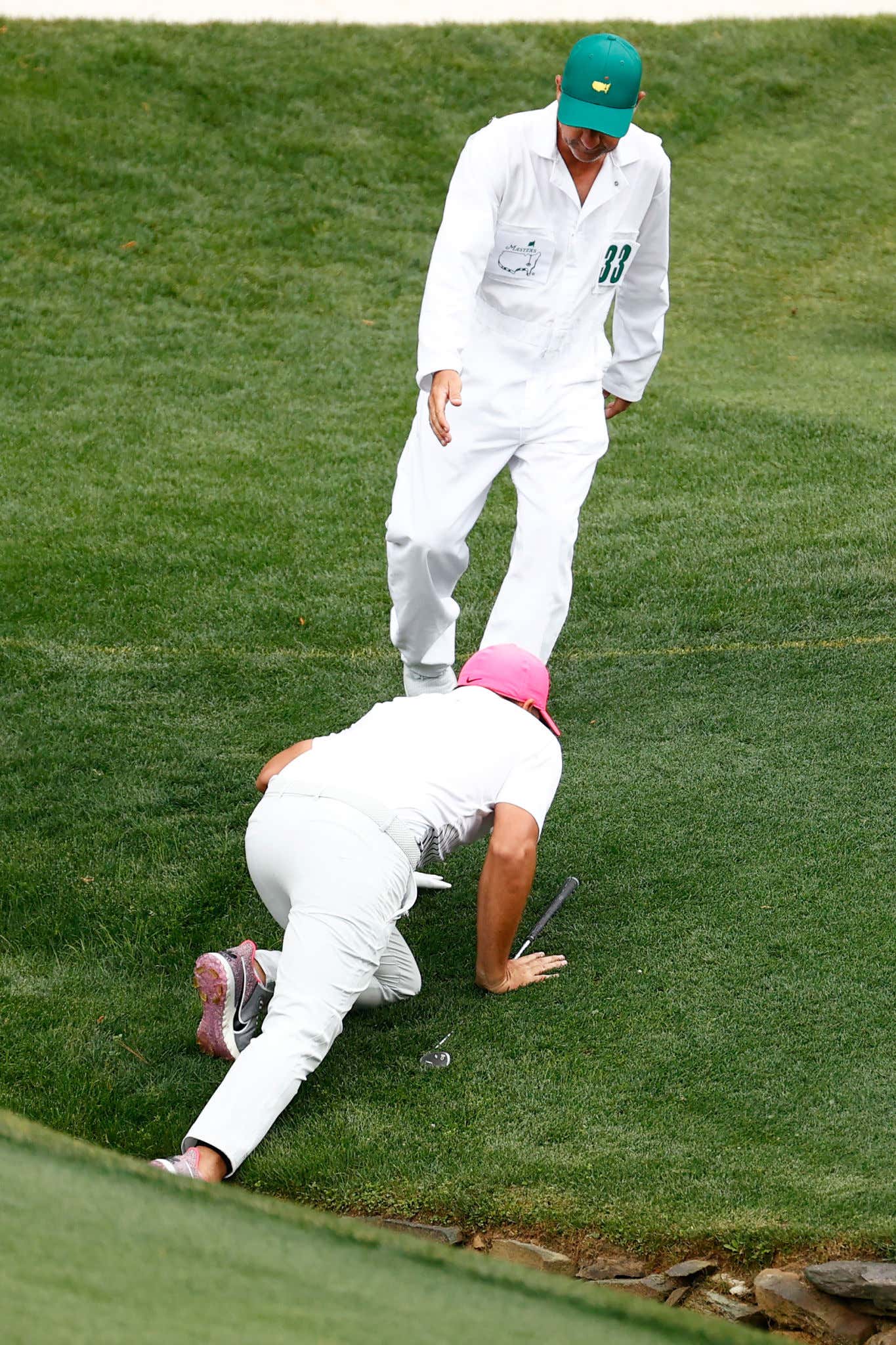 You gotta give the guy a lot of credit for trying to power through on one leg and make something happen, but the knee recovery just 3 weeks and change removed from surgery was just too much to overcome. It was tough to watch at times, with him crouching awkwardly and needing help to climb out of Rae's Creek on 13. A 74 and a 75 will earn him an early flight out of town this year, but I expect him to come back to this place at full strength next year and contend for a jacket.

Wolff has been down bad for a couple months including a WD after an opening round 83 at the WGC-Concession. He went 76-78 and would have quietly left Augusta with a missed cut, but he earned a spot on this list by earning the DQ as well. It's CRAZY to remember that he's still only 21 years old so it's super impressive that he's accomplished all that he already has on Tour, but here's hoping he turns it around sooner rather than later.

Si Woo's got a great Tournament going and is 3 off the lead, but made all sorts of headlines by snapping his putter on 15.

That's all I got for Friday. We're down to 54 players and it looks like anyone's Tournament at this point. Can't wait to watch it unfold.