Welcome to by far the weirdest Preakness Stakes day I can remember. Never have we had a current Kentucky Derby winner running in this race who was also about to probably be DQ'd and no longer the winner. It feels like the Triple Crown is done, we have a heel in Bob Baffert and we have a small field. Just ... weird. That's the only way I can put it. I know we don't typically have a bunch of horses that run in the Derby in the Preakness because of the quick turnaround, but typically you have a little more than a 10 horse field that feels very weak. But it doesn't matter. It's a great betting day. It's the second leg of the Triple Crown. It's Preakness day. 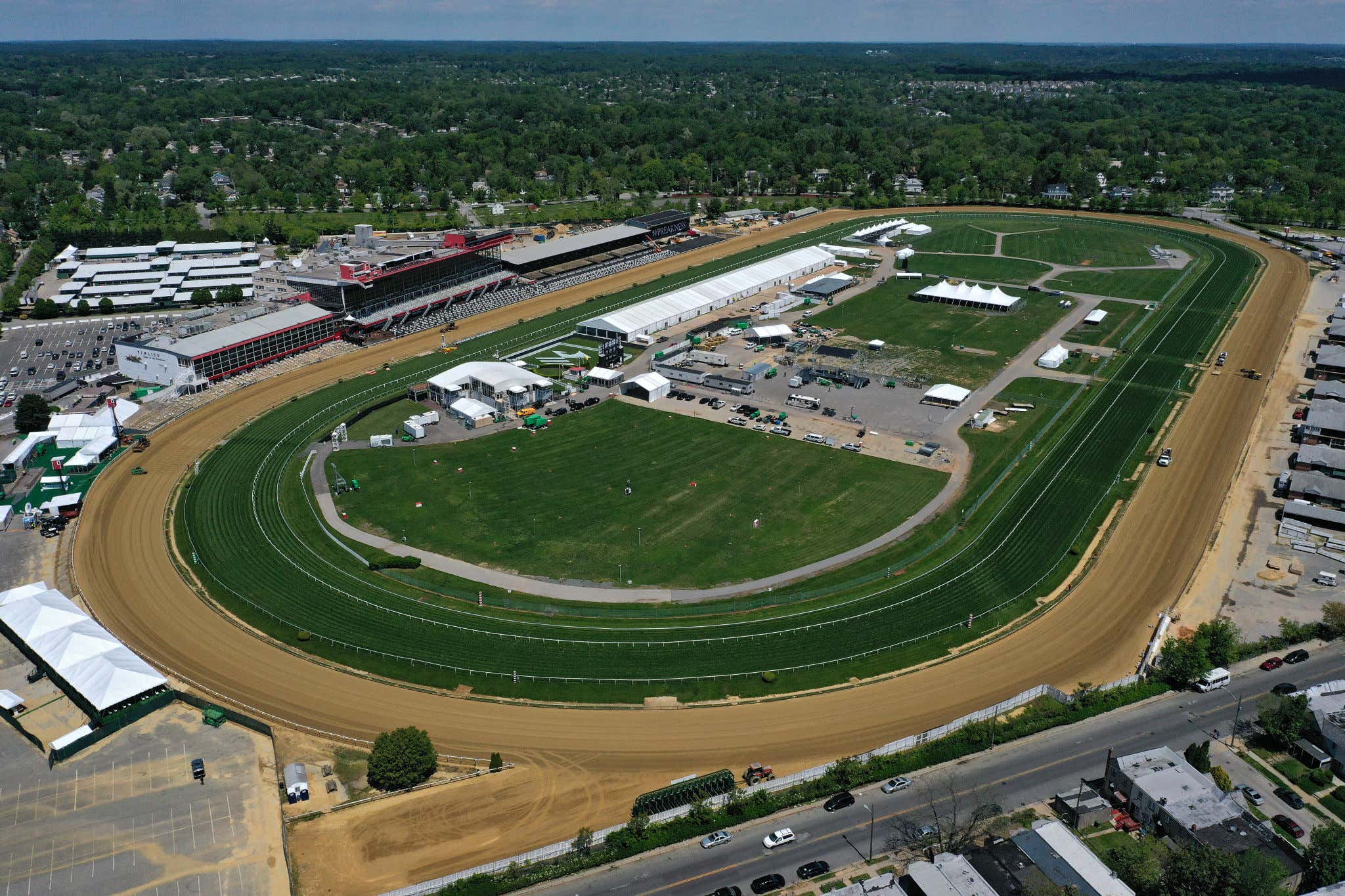 Pimlico. It's ... well, it's a track. It doesn't have the Twinspires, it doesn't have anything but a party in the infield and dirt/turf to run on. It's beautiful, hideous and perfect all in one. Nothing about this being the second leg of the Triple Crown makes sense, but here we are. I refuse to change and put anything else there, so we get Pimlico. The race itself? A mile and three sixteenths (9.5 furlongs) on the dirt. Slightly shorter than the Derby at a mile and a quarter. The race has actually been run at seven different lengths but it has been at this length since 1925. Not surprisingly Secretariat has the record at 1:53.

The best party in the world. Also just a reason for me to post people getting pelted by beer. I miss the BYOB days of the Preakness infield. Legit something you should have experienced once in your life. WhitesoxDave and I talked about doing an infield tour next year and as someone in my mid-30s I can't wait.

Goddamn people are going to get drunk. You can't ask for better conditions than that for the Preakness. Going to be a perfect track condition, no rain, mid-70s. We've seen this race in the slop, we've seen it in the heat and everything in between. Honestly, I like when the condition is perfect.

Thanks to Hollywood Races (download it here) here's our full preview 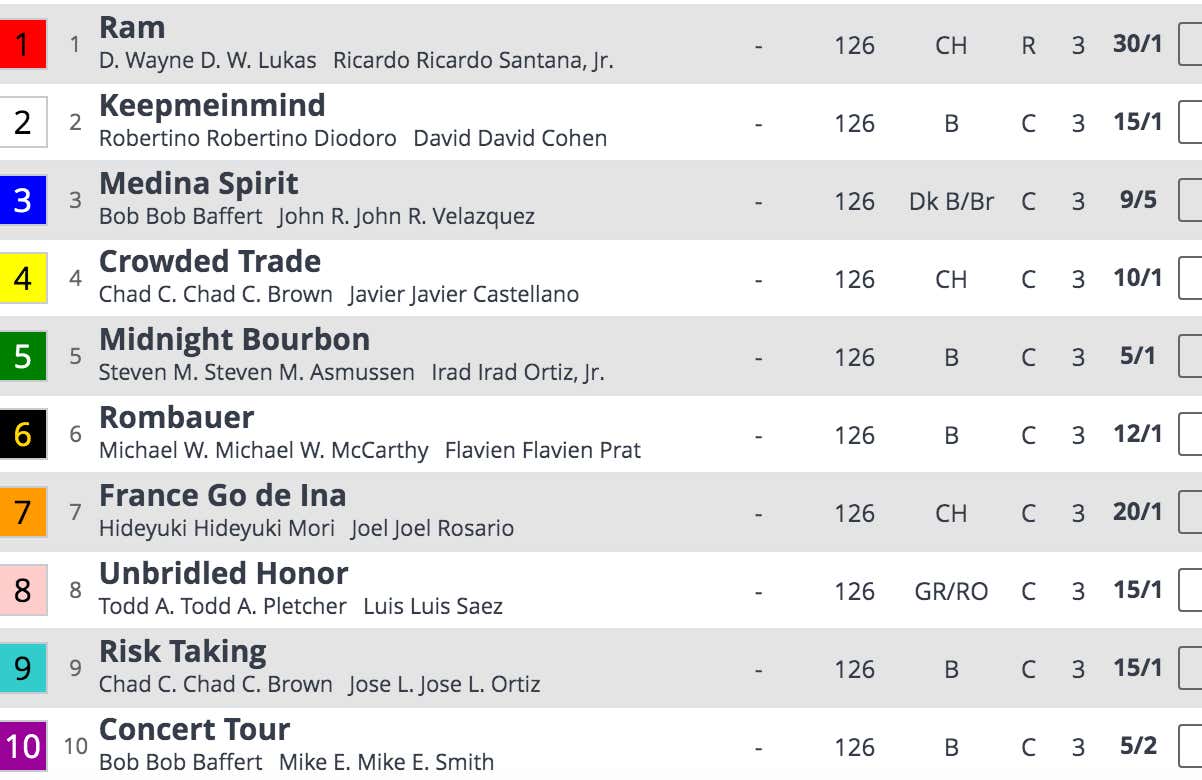 And your current odds 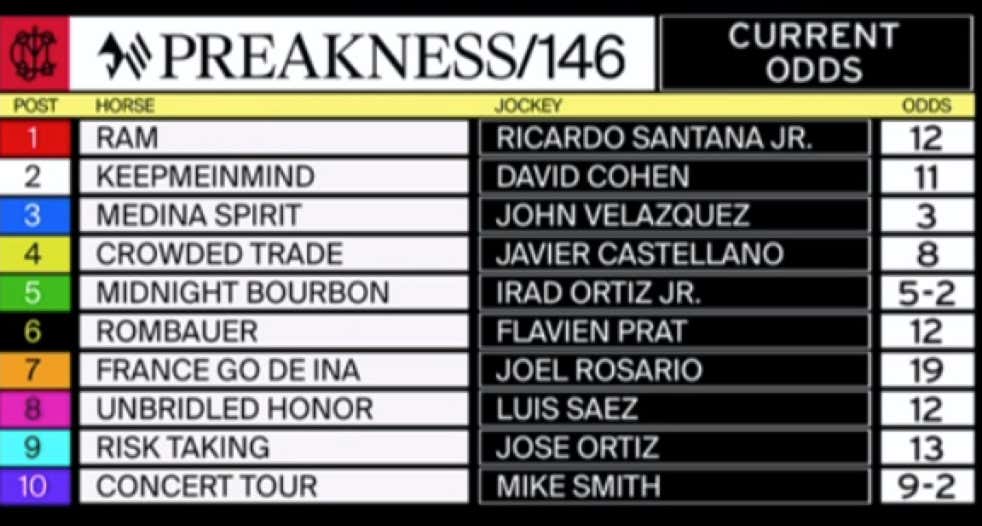 These are the horses I'm throwing out right away. You have to do that when building pick-5s, pick-4s, exactas, tris, whatever you like to play. You gotta draw a line somewhere in the race. Right off the bat, I don't trust any of these horses:

There are a few reasons I don't like any of these horses. I am a bit scared of drawing a line with Ram and Keepmeinmind after the rail seemed to be the play yesterday. But I expect a fast pace and you gotta start cutting down from a 10 horse field. I'm tossing these three first.

Longshots to hit the board

I'm defining this as anything as a true longshot, 15/1 and over that I think can hit the board but not win. Horses I want to use in my exotics basically:

France Go de Ina is a Japanese horse and that has my attention. They tend to do well over here and with a fast pace and Rosario on board, that's a horse I got my eye on. The only concern is the distance is actually too short for France Go de Ina. Unbridled Honor is a closer. I want that in my exotics. I don't think he can win the race, but he can help you hit a tri.

Longshots that can win

I'm all over Crowded Trade. Love this horse. We got Chad Brown as the trainer and Javier Castellano on the mount. Castellano was hot yesterday too. Give me this horse that will stay on the pace and then close. He's 3-for-3 on hitting the board, even if all three races in his career came at Aqueduct. If he's in striking distance around the final turn, he's going to win this race. Rombauer is another horse I'm paying attention to after skipping the Derby to get ready for the Preakness. He finished third in the Bluegrass Stakes despite running way more forward than he tends to like. He's a closer as well. Use these horses in different ways.

Both horses are officially in after passing drug tests. Obviously we know what's going on with Baffert and Medina Spirit. Concert Tour should be the favorite. He's the better horse. He's going to set the pace. He's the one to beat in this race, not Medina Spirit. It's worth noting that Baffert's horse in the Black Eyed Susan was the favorite and finished 7th. Hmm.

Everyone is jumping on Midnight Bourbon and I get it. He actually ran a decent race despite a bad break in the Derby. You have Irad on the mount and we all know Irad. There is concern though that Midnight Bourbon is regressing and raced a bit too much. Again, with this horse it's all about the break out of the gate. 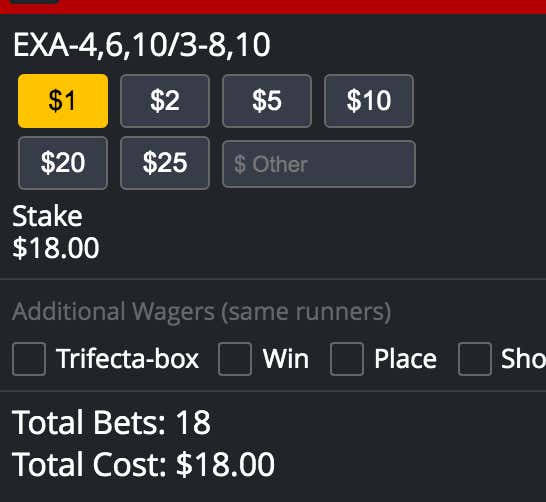 Going to try and beat Midnight Bourbon and Medina Spirit. I'll toss a Baffert in there in Concert Tour, who I think is the best horse in this race. Then it's two decent prices that I like a lot. Give me those three up top and we're playing a lot under. Hoping for a price in either one and it should pay.

Trifecta - I'm going to end up tinkering with this as we go and I see odds. Consider this an early build. 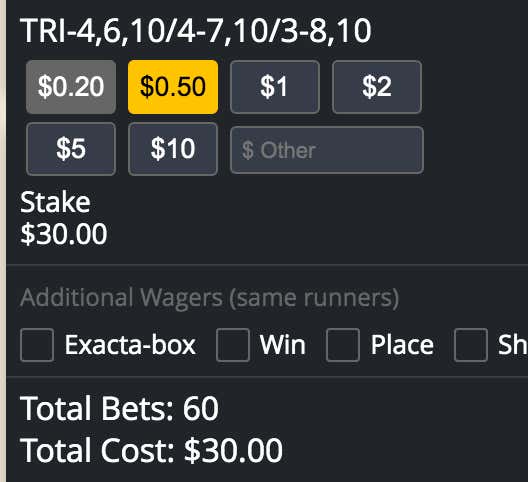 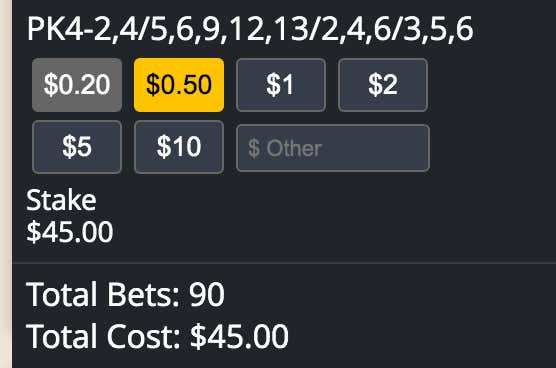 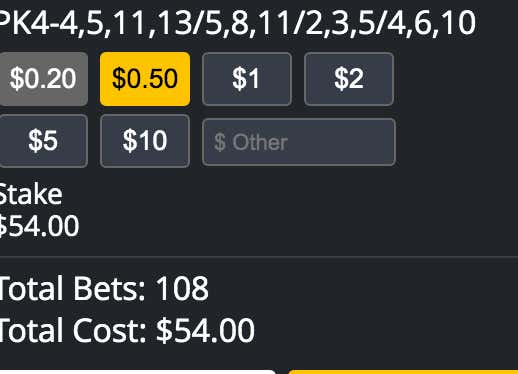 There you have it. 1100 words on today's Preakness Stakes. Gonna be a hell of a day. Get your bourbon, get your bets. I'll update stuff as I can on Twitter and put more bets out there. Let me know your favorite bets @barstoolreags. Have a day folks.