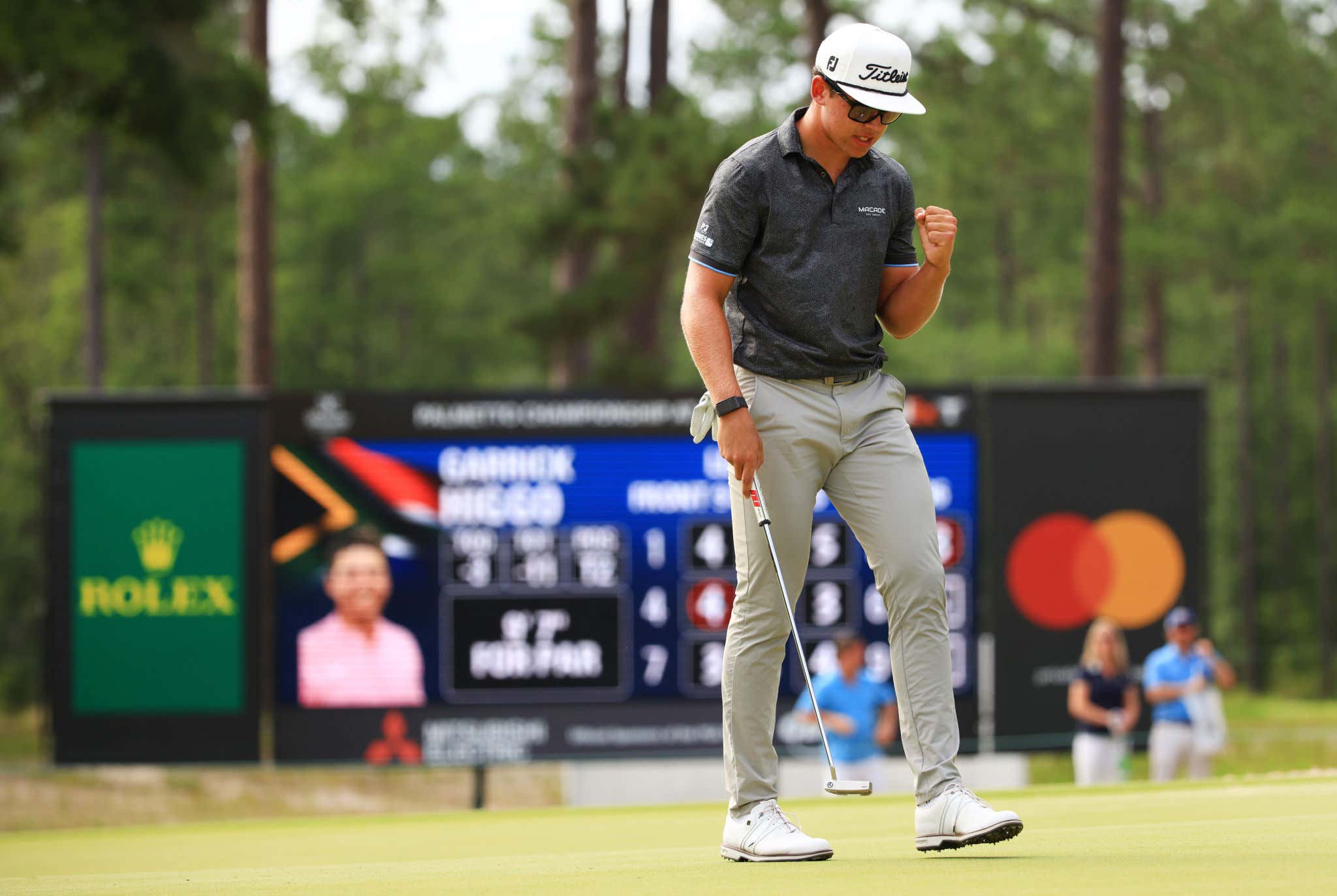 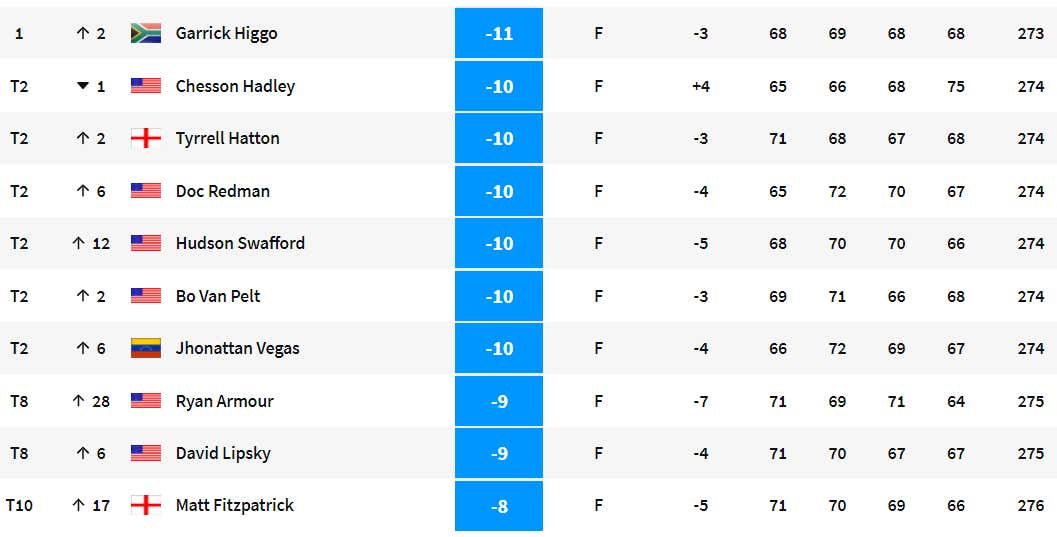 The 22-year old from South Africa has officially arrived. Not that I called it or anything.

This was a weird one. It was anybody but Garrick Higgo's tournament until the back 9 on Sunday. He was simply the last man standing. We had Tain Lee (?) holding the 36-hole lead, we had DJ threatening all along the way, and then the narrative Sunday was all about Chesson Hadley holding a 4-shot lead going into the final round. Hadley did not have his best stuff…. 4 of 18 greens in regulation was never gonna get it done and it was gut-wrenching to see him choke it away down the stretch. Great dude and the T-2 result will go a long for him, but man. Tough, especially when you've got to share 2nd with 5 other guys.

As I wrote on Wednesday, Higgo is the next big international star in golf. 22 years old and he's already piling up wins all around the globe. This is only his 2nd PGA start - he played the PGA Championship and now has played this. It immediately earns him full PGA Tour and should vault him up around 40th in the world, which means entry into WGC's and all kinds of other opportunities. It's wild to me that we've got guys like Abe Ancer, Matty Fitz, Tommy Fleets, and even Louis Oosthuizen who have never won a PGA Tour event on American soil, and Higgo came out here and got it done in his 2nd start.

Higgo's got an all-around game, but his short game is what sets him apart from his peers. He's currently #1 in strokes gained putting on the European Tour at 1.30 strokes gained per round. There's only one other player even over 1.0 in that category. That ability shined today on 17, where this sick up and down from the native area proved to be the difference in the tourney.

When he sank that putt, I knew he had life. Didn't expect Hadley to go bogey-bogey down the stretch there, nor did I think Bo Van Pelt would bogey 18 either, but that was the first big momentum shift that led to a +4000 payday.