There has been a ton of chatter about this day, and now, it is finally here. Welcome to the inaugural Stool Streams Table Tennis Tournament! We have the 10 best ping pong players in the office battling it out in a marathon stream today, with the winner of it claiming the title of "Best in the Office." Since the opening of Stool Streams Stadium back on August 12th, 2020, I have been the top player inside the Triple S. But these nine other players are VERY talented, and one of them can be the new BITO by winning this tournament. Here is a look at the tournament bracket: 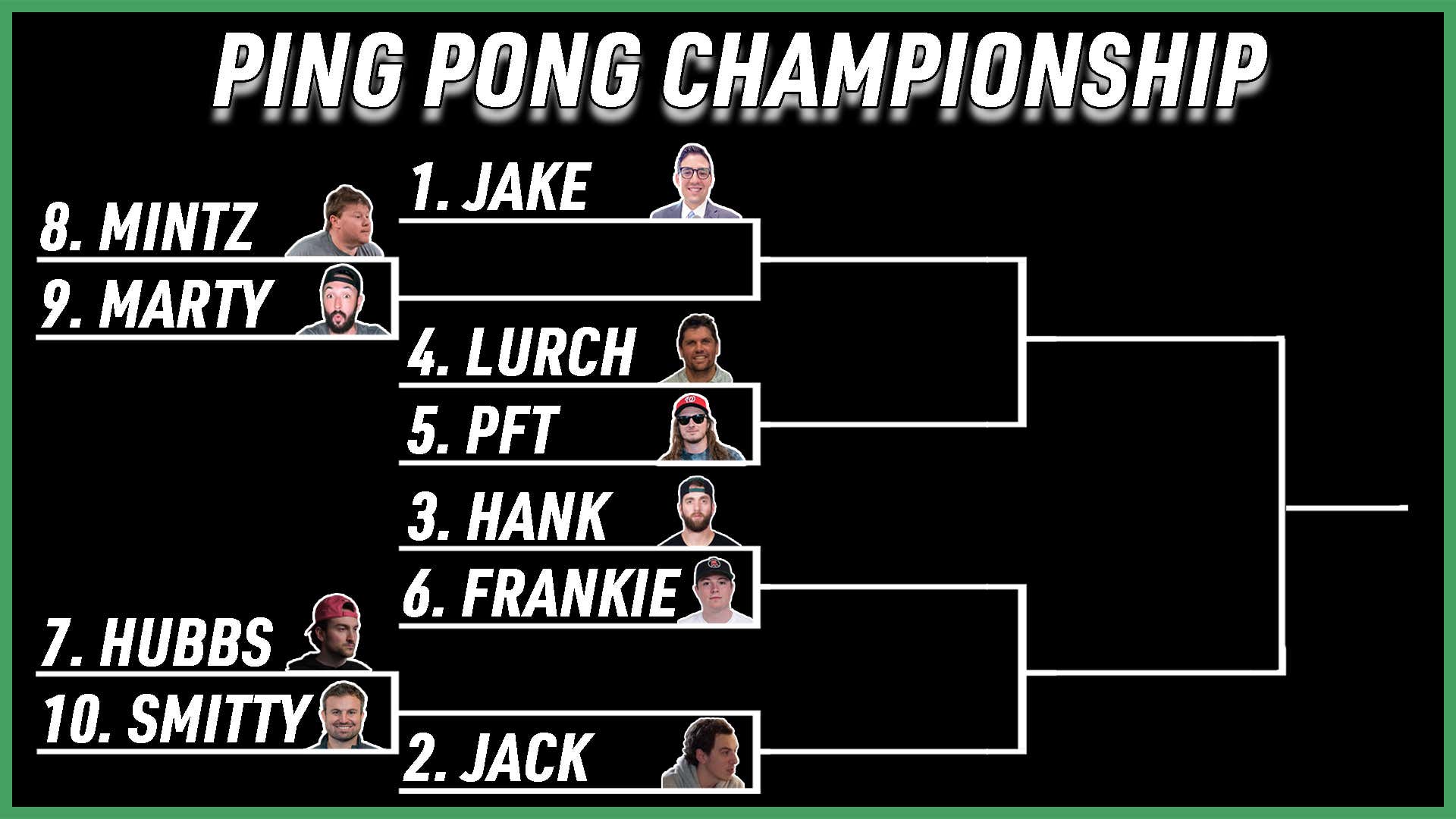 Although this is a unique broadcast, as always, YOU still have the chance to win the $1,000 Progressive Jackpot via the Play Barstool app. All you have to do is make your picks, go 6-for-6 on the app, and the cash is yours.

The tournament format has a few different rules than what we are used to seeing inside the Triple S, so here are the notable changes:

- The matches in the app (Hank vs. Lurch exhibition) and Round 1 (Mintz vs. Marty, Hubbs vs. Smitty) will be two out of three games to 21

- The tournament is DOUBLE ELIMINATION

- After the first round, each match will just be ONE game to 21

- Sucker Serve has been ELIMINATED. The pattern of five serves each continues until we reach 20-20, where we will alternate serves until there is a winner (win by two)

It is going to be a fun tournament this afternoon inside the Triple S. Hope you can join us at 3 PM ET! And don't forget to make your picks on the Play Barstool app.

Reminder: it is Olympics Week inside Stool Streams Stadium. Today is just the beginning of it, and we released Part 1 of our Broad Jump competition. Take a look, like, and subscribe to our YouTube channel: