Wrestling!!! My favorite sport everyone knows that. I may have never mentioned it a single time but I can’t get enough of a couple sweaty dudes rolling around in skin tight leotards. It’s the best! I leave the strategic breakdowns to our resident Division 1 wrestler KB but I have had the honor of meeting the legend Kyle “Captain America” Snyder in my time at Ohio State. We sat next to each other in a Sport Industry class with a table that consisted of five people. Two Ohio State wrestlers, two Ohio State Woman’s hockey players and myself. It’s a shame the rest of the table couldn’t live up to the athletic standers I had set for the group when I won multiple 12 year old free throw shooting competitions but not many could so I can’t blame them. I was always there to lean on when they needed competitive advice or any strength and conditioning tips.

Unfortunately Kyle Snyder skipped out on the first week of class because he was wrestling for the World Championships in France (which he won 1st place). Just a year before that he had become the youngest Olympic wrestling gold medalist of all time at the age of 20. What a fall from grace winning an Olympic gold medal and then a few months later you’re sitting next to my fat double vodka drinking, blunt smoking ass. Despite reaching that level of greatness he still was actually a very nice dude to fat schleps like me roaming around campus.

Tonight/tomorrow morning he starts his journey to capturing a second gold medal for not only himself, but the United States of America. 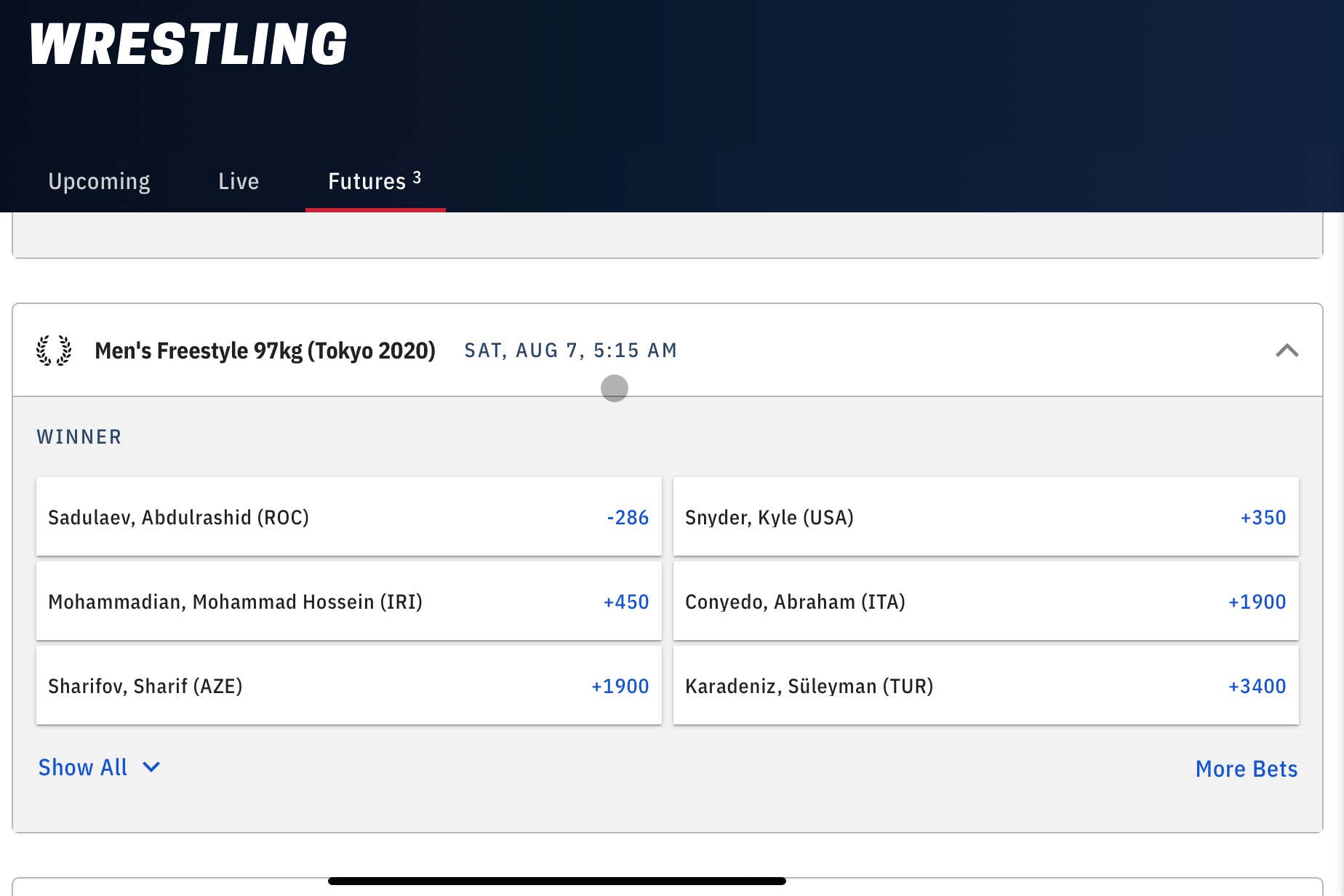 He comes in as a +350 underdog on the Barstool Sportsbook to take home gold again and a big reason for that is the favorite (Sadulaev) from Russia has beaten him the last couple times they’ve went at it. Since those losses Snyder has completely reshifted focus, took his training camp from Columbus, OH to State College, PA and has rededicated himself to the sport that he was once considered the pound for pound best in the world. With a gold medal win this weekend he has the chance to reclaim that title amongst the best in the world. Call me a homer but I’m sorry for loving Ohio State and loving America to get behind him in this spot. I’m sure he’ll be thinking about me when he steps on the mat and that gives him that little extra edge to dig deep and win these matches. Everyone thinks about the random fat guy they sat next to in one of their classes for motivation before competing in the biggest event of their life right? Only the ones that mentally prepared them for the moment of course! Thank god for all that mental preparation I gave him in 2017. He would have never won that gold medal in 2016 if he didn’t meet me in 2017. My future sliver of a presence in his life was just enough to get him over the hump. Hopefully he can get the job done again this time around. Go Kyle Snyder and go USA baby!