Ebanie Bridges fights again this weekend, and for those unfamiliar, she's a 34-year-old female boxer from Australia with a professional record of 6-1.

But she's better known as the girl who shows up to weigh-ins like this...

Clem wrote about Ebanie before her last fight just a handful of weeks ago, and I can't remember exactly what he may have said, and I don't think he does either because his blog was just an excuse to post her cheesecake...

I am taking a similar route today, but I want you to also notice in all of the social clips I embed from here on out how graceful Eddie Hearn is in the background…

And by "graceful", I mean scared to death to make eye contact with her exposed ass, knowing full well his glance will be isolated and turned into a meme…

(When in doubt, just close your eyes and pray you don't get an erection.)

Now, you may or may not know, but Eddie and I are friends, and I respect him a great deal. 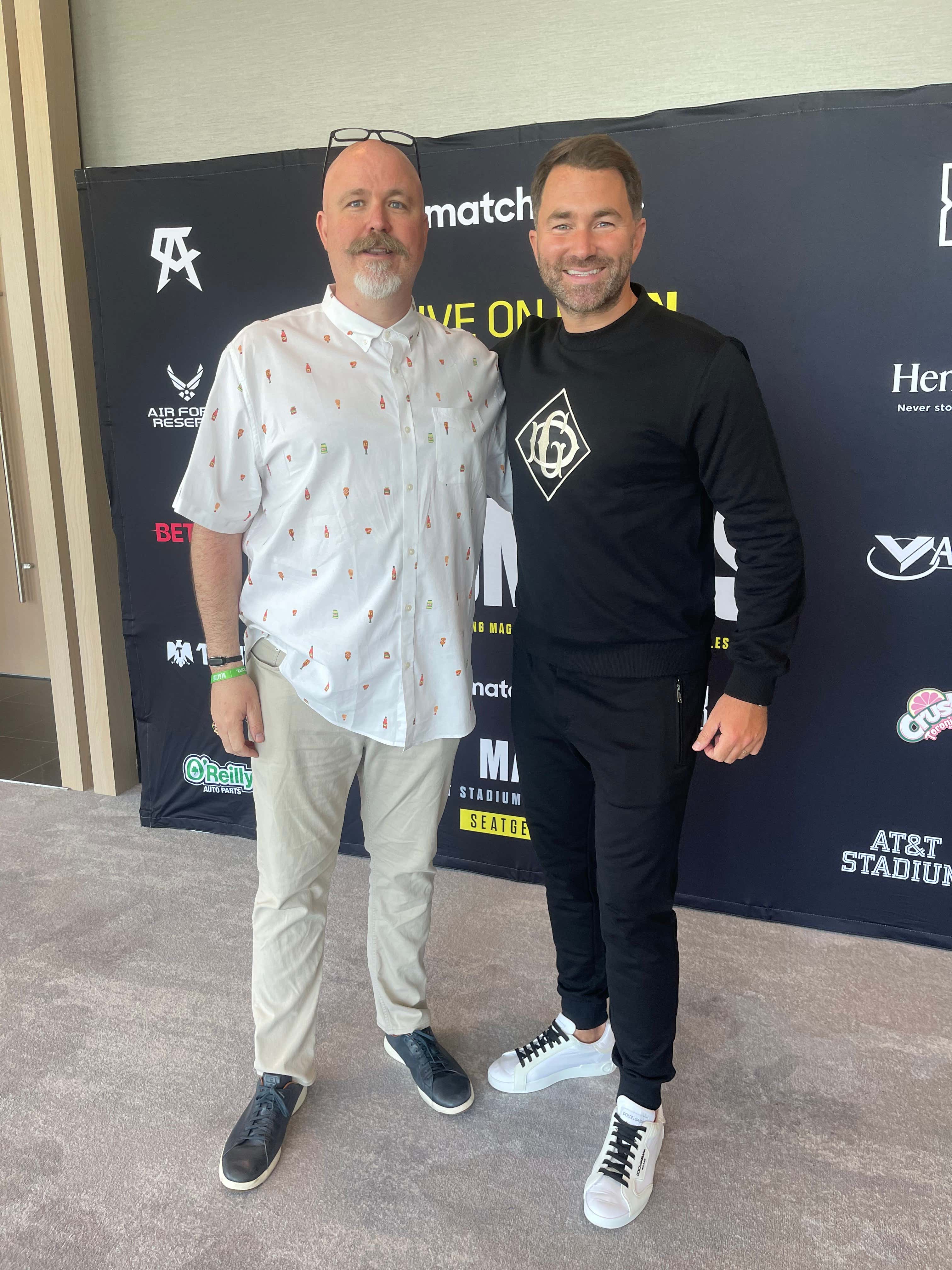 He's very handsome, very wealthy, very good at his job, and married to a beautiful woman, Chloe Hearn, with whom he has two lovely daughters.

And I think Eddie is keenly aware that wives tend to watch how their hubbies react to scattered ass, so Mr. Hearn is taking no chances.

In this one, you can just tell how thankful Ed is to have the girl with braids who looks like she eats tuna straight from the can wearing baggy jeans.

So in a day and age where we see far too many headlines involving married people caught in compromising positions, let's tip a cap to my guy, Eddie Hearn… You remain unfocused so the rest of us can focus on what's important…

Ebanie is fun to watch at a weigh-in, but DAZN has a hell of a boxing card to compliment Bridges' near-naked body starting tomorrow (Saturday) afternoon, and the co-main involves a woman who many (myself included) think is the greatest female fighter alive… Ireland's Katie Taylor (18-0, 6 KOs), who currently holds the WBC, WBO, IBF, and WBA Women’s Lightweight titles.

As I just said, Katie is co-headlining the ticket, with the Main Event being featherweights Mauricio Lara vs. Josh Warrington Part 2… The rematch for Lara's upset win over Josh earlier this year and airs live on DAZN starting at 2 PM EST from Headingley Rugby League Stadium in Warrington’s hometown of Leeds, England.

In that first fight, Warrington was a HUGE favorite, but he comes into Saturday's matchup at just -150 after the devastating beatdown he received from Mauricio in February.

Josh learned about Lara's power the hard way in their first meeting, so I would expect Warrington to box more in this rematch… Try to earn a decision, especially in his hometown.

I will take Josh Warrington +125 in a decision.