The Barstool College Football Show started off with a bang or should I say a cracked egg on the large head of Brandon Walker.

It was only fitting to use the final egg from Ole Miss 31-24 Egg Bowl victory on the Barstool College Football Show. Last October, my hiring was announced by Dave Portnoy after this viral video of me celebrating Ole Miss 42-41 OT win over Kentucky.

Brandon Walker was clearly not thrilled with the hire of a loud Ole Miss fan from the start. He made that more than apparent on the College Football Show when my hire was announced.

After Ole Miss won the Egg Bowl 31-24 (earning 7 eggs) over Mississippi State on Thanksgiving weekend, I threw 6 eggs at Brandon on the following show.

I still had until the 2021 Egg Bowl on Thanksgiving to cash in my final egg. I brought eggs with me into the stadium in Omaha in both Games 2 & 3 of Mississippi State/Vanderbilt National Championship. The plan was to crush one on Brandon’s head when Mississippi State got eliminated on the final out.

That out never came as Mississippi State claimed their first National title in any sport. I thought it would be lame to crack the egg when State won the championship. I decided to ruefully throw the egg away.

Going into the fall, I honestly had no idea when I was going to use the final egg. I debated doing it Liberty/Ole Miss weekend in Oxford but decided it was too obvious.

Twenty minutes before the taping of the Week 1 College Football Show, I made the decision on a whim when an unnamed friend of mine in the office suggested the idea. With the history of our rivalry in the CFB show, I instantly knew it was the right move.

I gave a heads up to David Blattman (CFB Show Producer) before the show. Katie Stats snuck me in the building on a break. The plan was to crack the egg when Walker mentioned Mississippi State in his preseason top 10.

And the plan was executed flawlessly! 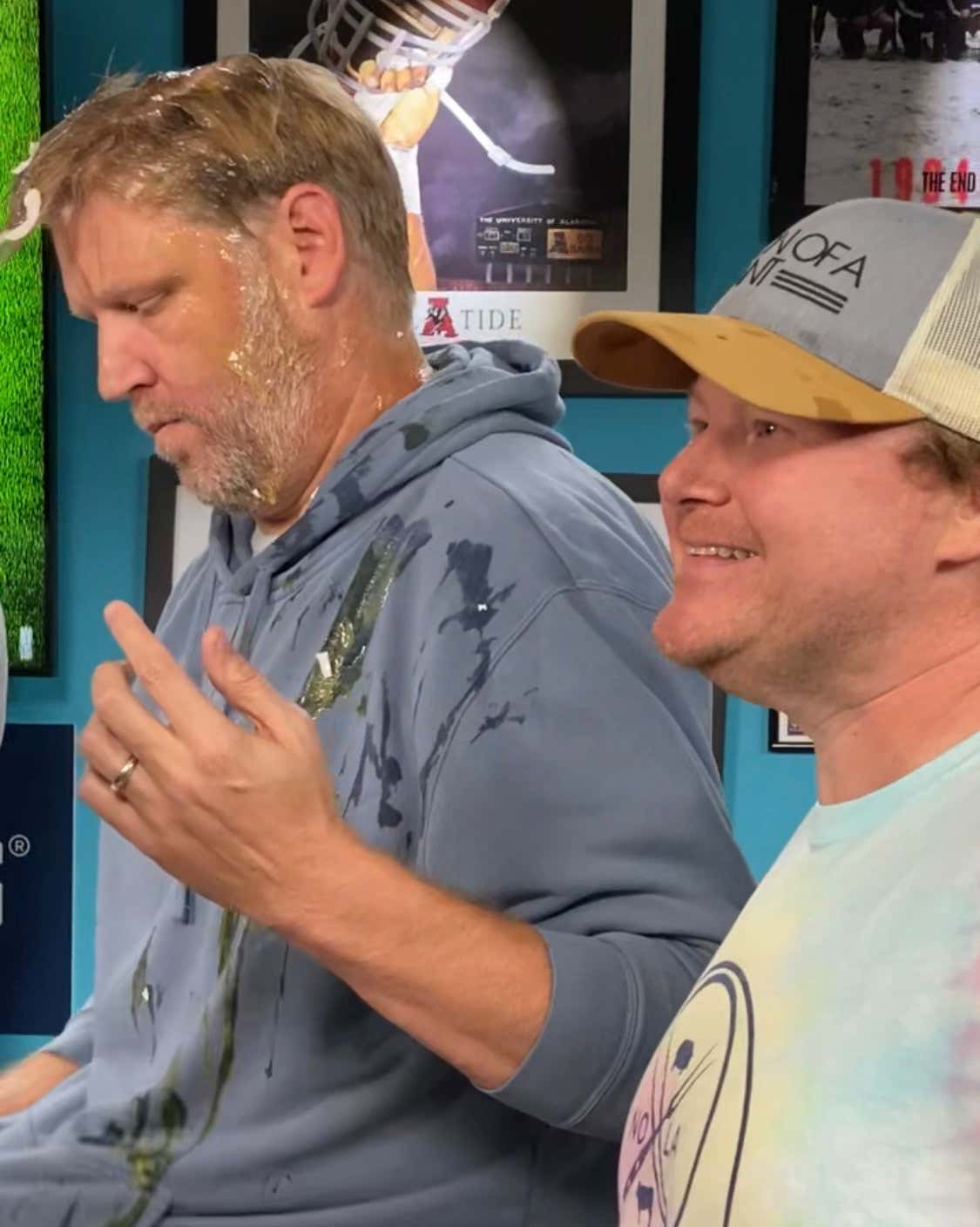 We have already agreed to the same bet this Thanksgiving. I can’t wait to fire more eggs at Walker after Ole Miss and Lane Kiffin win in Starkville. It will NEVER get old!