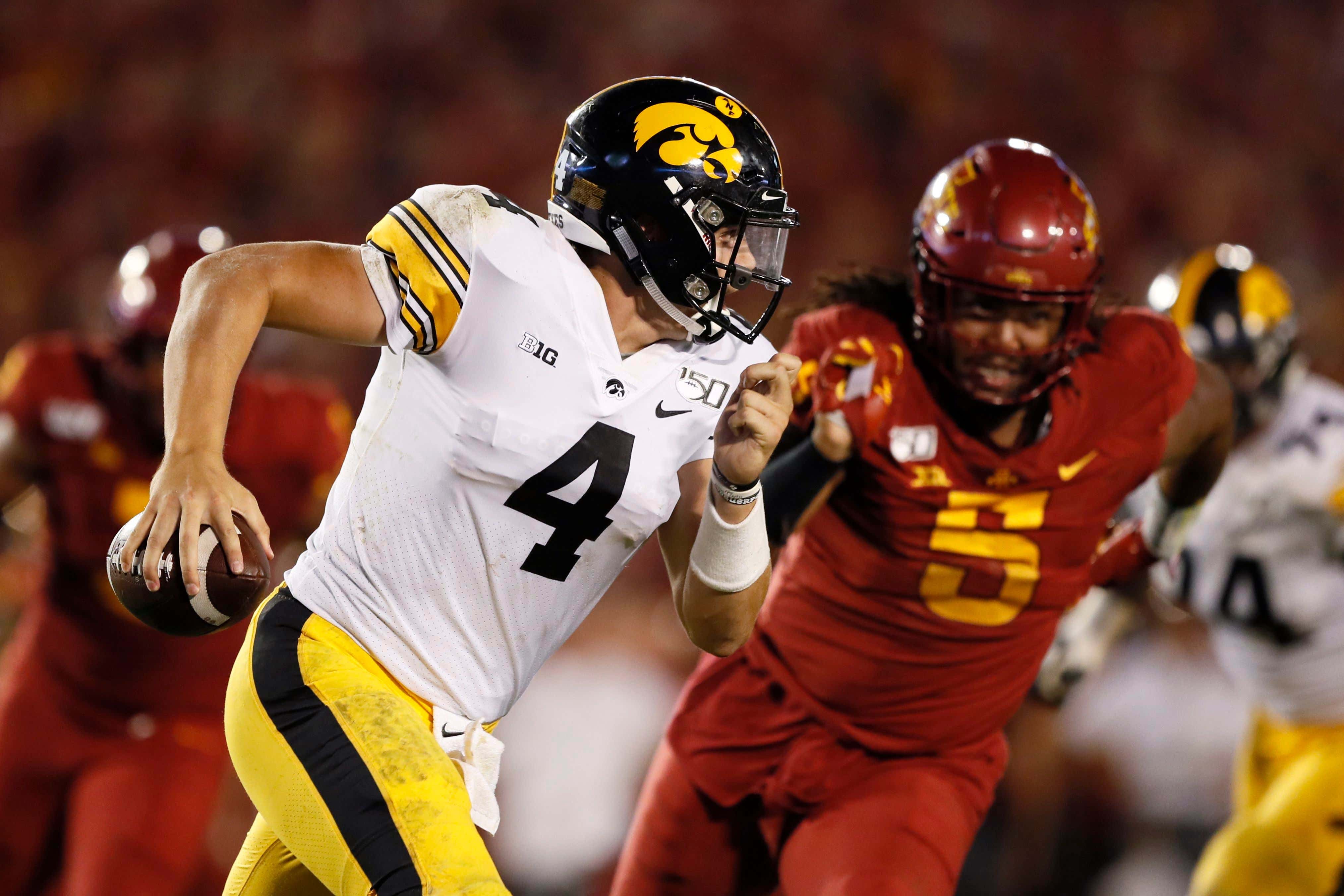 Let's all be honest with ourselves. This slate kind of sucks, especially after how spoiled we were last week. But with a dull slate, comes exciting games. It's the usual deal, with game breakdowns up front and my picks at the end. Can we also all agree that "CyHawk" is the laziest and weirdest name for a matchup? They just took the two names and smashed them together. There has to be a cool (or so I'd hope) place that you can do "The Battle for/of _" but that's just my two cents. Here's to all of your bets hitting, and your team winning AND covering this weekend.

I went 15-8-3 last week, so not too bad. That said I'm trying to not take bets on impulse just because the public likes it.

Will likely be adding more plays via twitter (@kpondiscio) because this card is sad so far. If you do bet, please do so responsibly.