I know PPV prices have frustrated boxing fans for years, but tonight’s action was worth the price of admission.

Deontay Wilder showed up heavier than he’s ever been for his third fight in the Wilder vs Fury trilogy, and it ultimately spelled his doom.

After an opening card of just heavyweight bouts (that was predicted PERFECTLY by me in my preview, by the way), the Main Event combatants looked cautious to start.

Deontay convincingly won the first 3 minutes and held his own in the opening rounds until being knocked down in the 3rd. 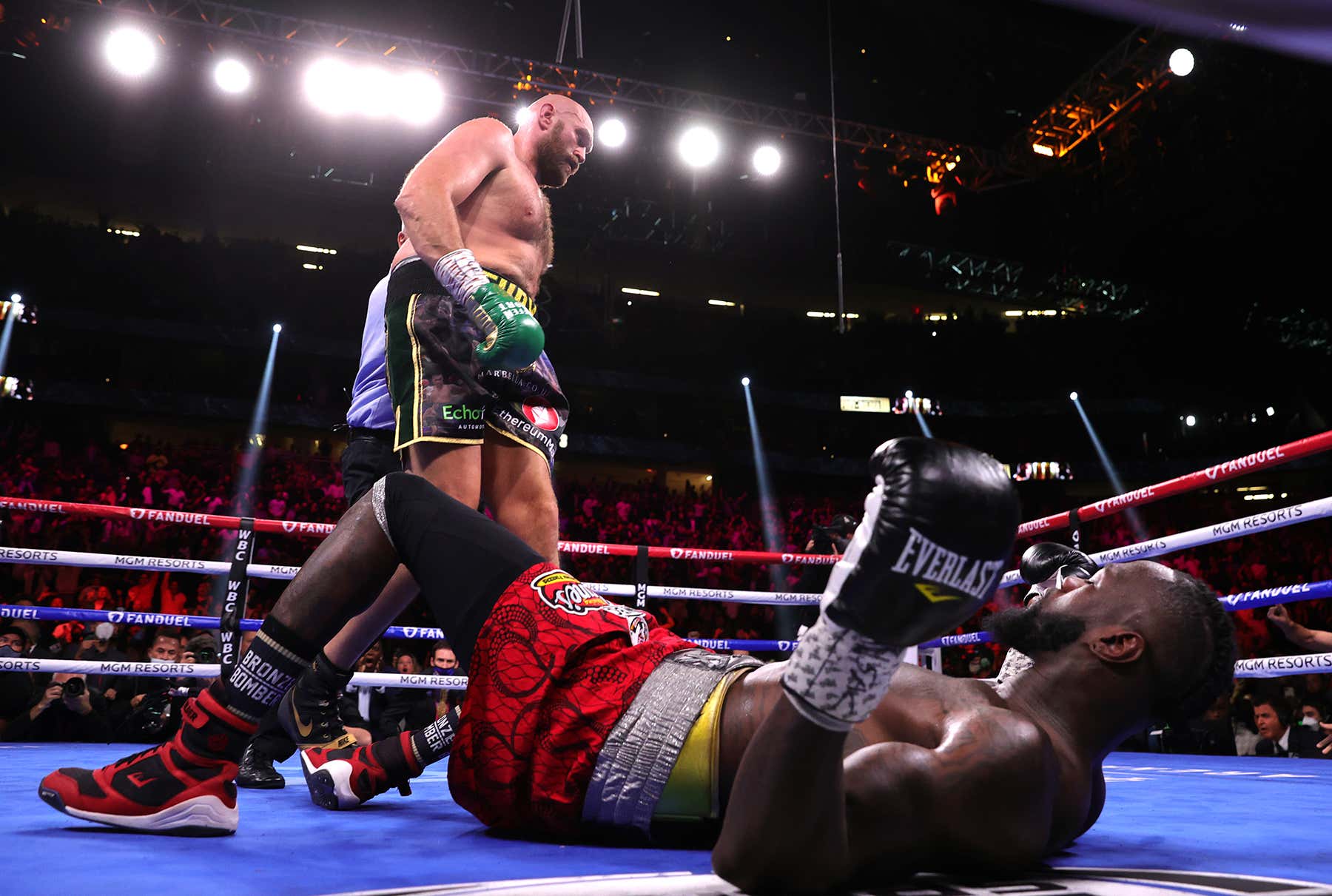 BUT!… He never stopped throwing punches and pulled ahead on cards after a couple of straight right hands put Fury on his back twice in the fourth. 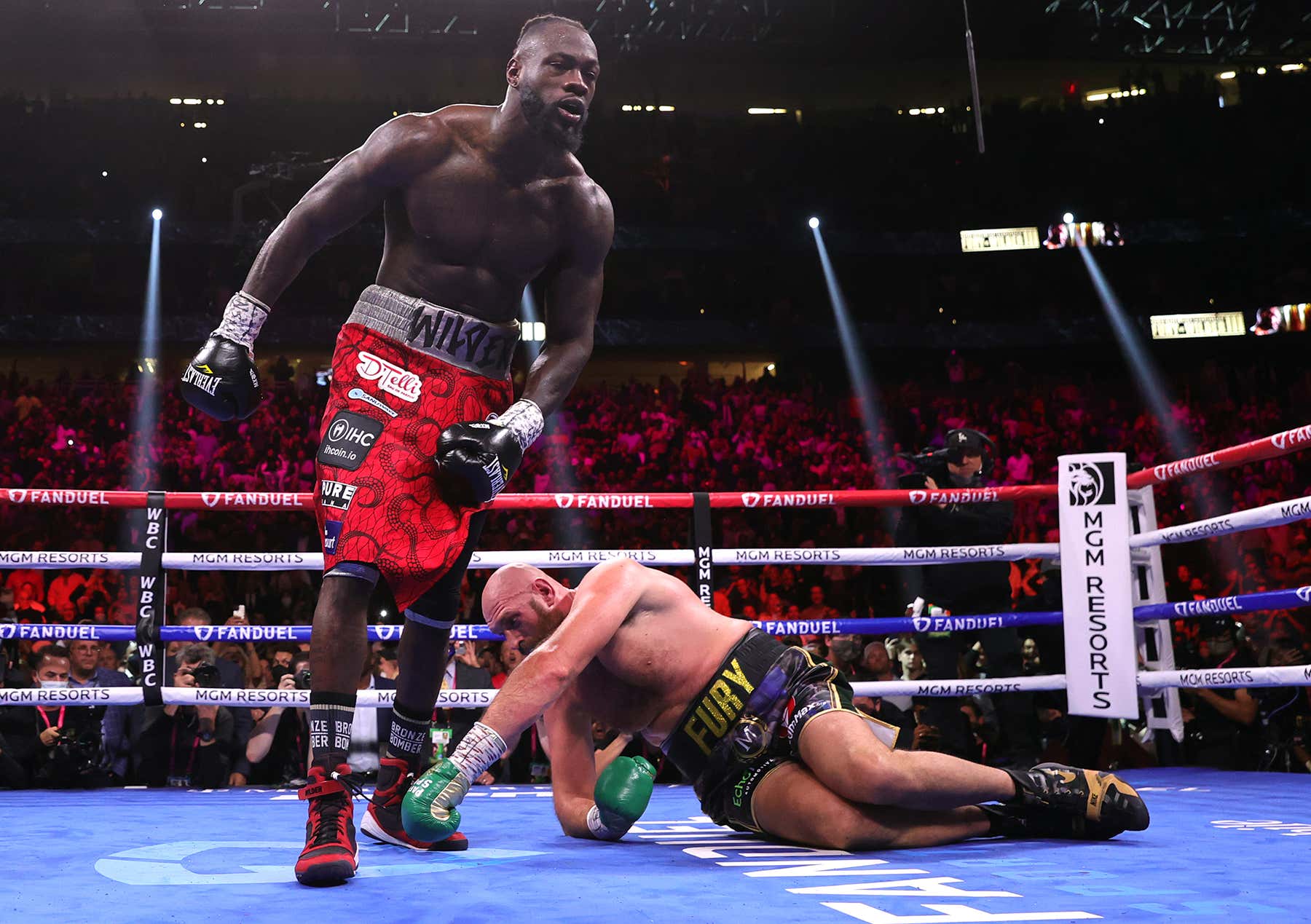 BUT!… Fury then closed the distance, leaned all over him, sapped his legs, landed more punches, and ultimately outboxed the Bronze Bomber on his way to an 11th round knockout in a 5 knockdown fight AND a successful defense of his WBC belt. 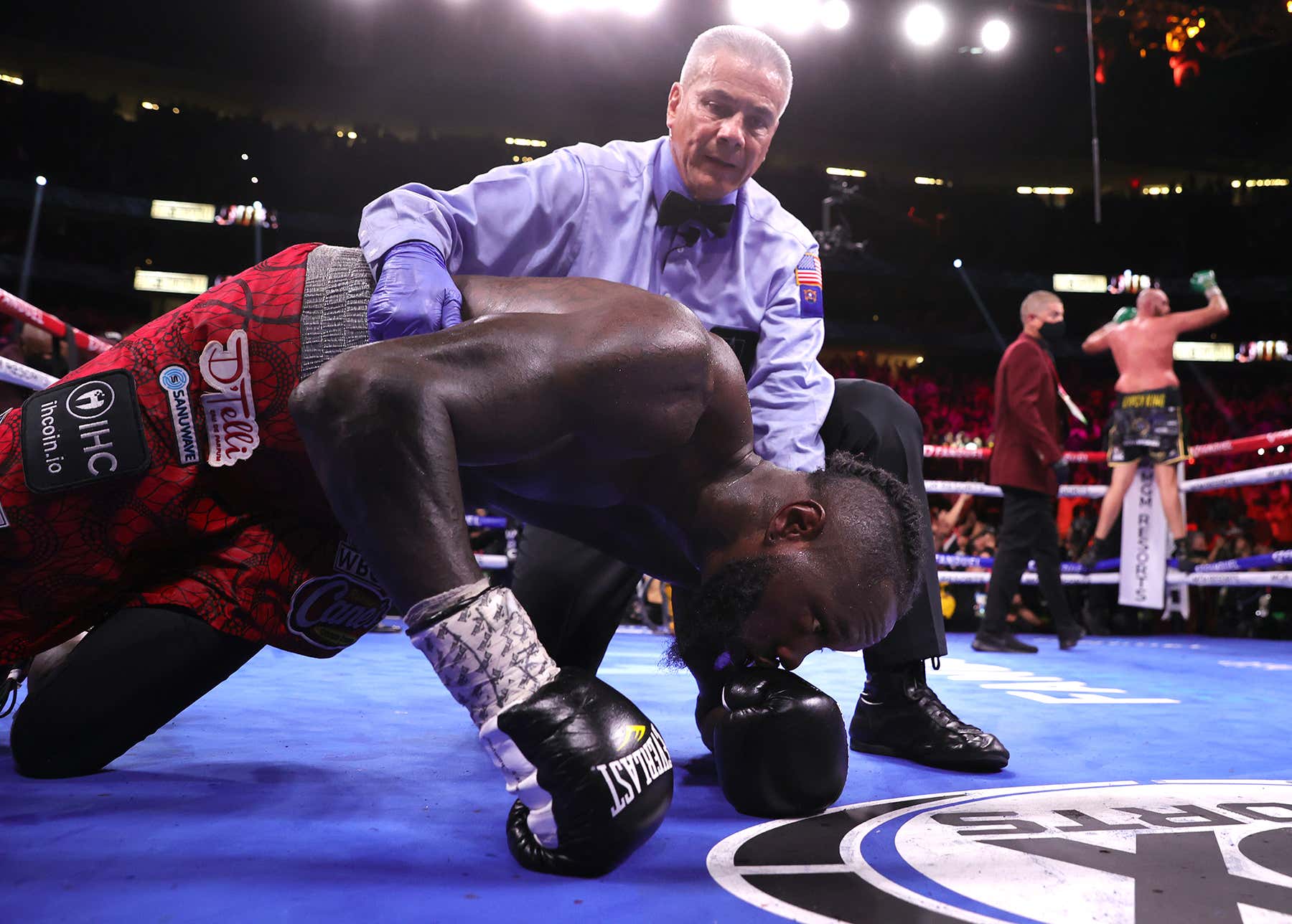 It was a great fight to watch and capped a wonderful card put together by TopRank.

… but his acapella rendition of “Walking In Memphis” in the post-fight interview was a forgivable 4 out of 10.

At 6’9” 280 pounds Tyson Fury and his love handles are far and away the best heavyweight boxing has to offer, and his short term plan of fighting Dillian Whyte, Oleksandr Usyk, and Anthony Joshua before potentially walking away as a very young (he’s only 33) and a VERY wealthy man seems attainable after tonight’s performance.

He just needs to work on that goddamned singing voice.

Congrats, King… And take a report.